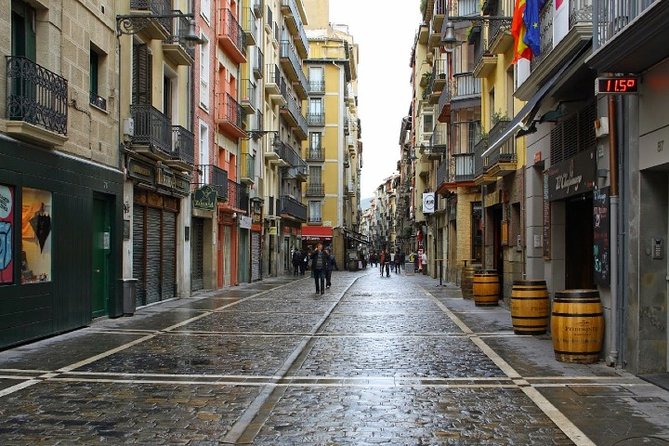 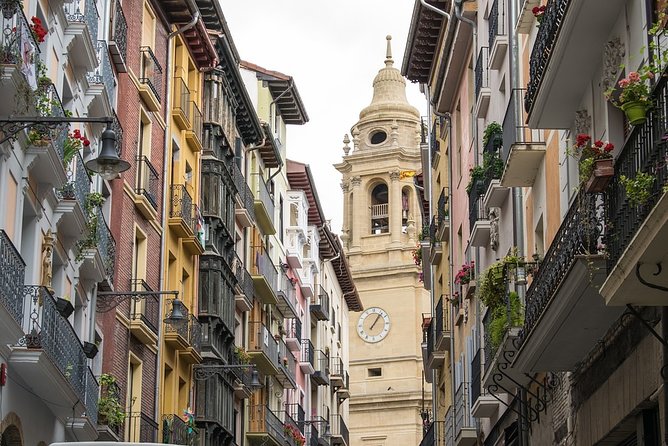 Join us and visit Pamplona´s most important spots to learn about Pamplona´s history and its people´s lifestyle.

Starting from "la ciudadela" we will get a deep dive in Pamplona´s history from medieval ages until nowadays.

The Old Town of Pamplona hides a lot of secrets that can be discovered wandering through its cobbled alleys. The cathedral of Santa Maria and the city walls, both of medieval origin, will make you go back in time to times when horse carriages mixed with villagers and water carriers.

In addition, these streets and stone houses are direct witnesses of the bullriding (encierro) every year during San Fermin festivities! Discover the route from the Town Hall square through Estafeta street to the bullring arena, and feel like the most illustrious visitor this city has had and whose statue is nearby: Ernest Hemingway.

The best way to learn all you need to know from this favolous city. The tour guide will have time to answer all your anwers.

Since its construction, the square has become the nerve center of Pamplona's social life and one of the most recognizable icons of the city, being still today the scene of important events in the city, which is why it is often common to refer to it. as "the living room" of all the people of Pamplona

The Pamplona City Council is the institution in charge of governing the city of Pamplona, the capital of Navarra, Spain. The headquarters is located in the Town Hall Plaza, in the Old Town, which is the place from which the chupinazo is launched that starts the San Fermín Festivities every July 6 at 12:00.

The Citadel of Pamplona or The New Castle (in euskera, iruñeko zitadela; in Spanish, Ciudadela de Pamplona) is an old military renaissance fort, constructed between the 16th and 17th centuries in the city of Pamplona, the capital of the Navarre Community (Spain). At present a large part of the fort it is still standing in a public park with cultural activities taking place in its buildings.

Pamplona Cathedral (Santa María la Real) is a Roman Catholic church in the archdiocese of Pamplona, Spain. The current 15th century Gothic church replaced an older Romanesque one. Archaeological excavations have revealed the existence of another two earlier churches. The Neoclassical façade was designed by Ventura Rodríguez in 1783. It has a 13th-14th-century Gothic cloister that provides access to two other Gothic rooms: the Barbazan chapel and the refectory. The Mediaeval kings of Navarre were crowned and some also buried there. The Navarrese Cortes (Parliament) was held there during the early modern ages.

One of the main street in Pamplona daily live and the main one in San Fermin bull running festival.

One of the medieval doors in Pamplona