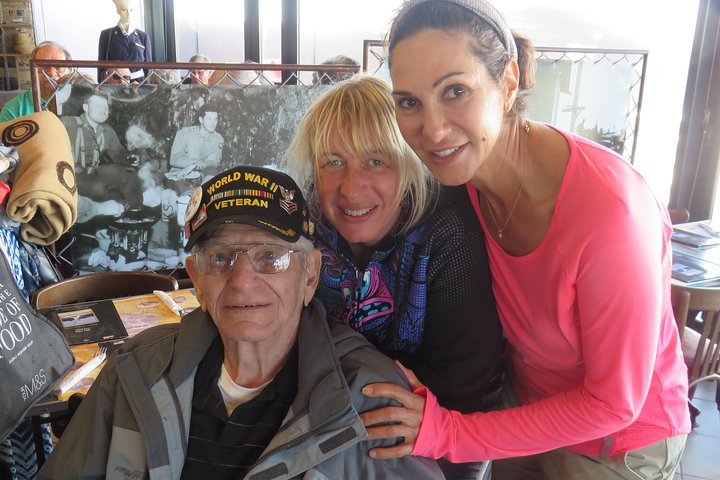 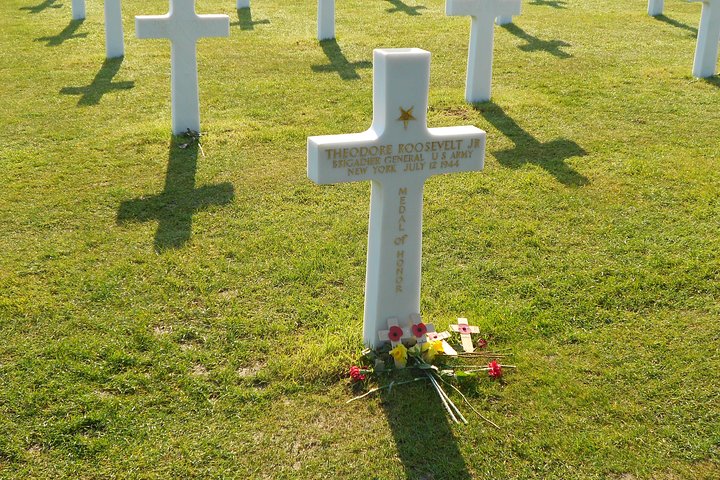 This private tour covers the main operations and objectives of the American troops on D-Day. It is the perfect tour for a first visit to the landing beaches.

The transportation can be done in your car or can be arranged with a private driver.

About me : Born and raised in Normandy, my knowledge of the history of Normandy, its traditions, and its local differences depending on where you are in Normandy (agriculture, architecture, etc) enables me to provide countless bits of information. I always adapt the content of the tours to my guests, as well as the lay-out of the itinerary, to make the most of our time together. In regards of the DDay tours, I'm also seeing the two sides of the coins, those who fight, and those who just try to survive in the midst of the war.

The beaches of Omaha were a real trap for the troops of the 1st and 29th Infantry Divisions. We will have one or two stops on Omaha Beach, and understand the landings of the American troops on June 6th, 1944.

The cemetery site, at the north end of its half mile access road, covers 172.5 acres and contains the graves of more than 9,380 of our military dead, most of whom lost their lives in the D-Day landings and ensuing operations. On the Walls of the Missing, in a semicircular garden on the east side of the memorial, are inscribed 1,557 names.

The World War II Pointe du Hoc Ranger Monument is located on a cliff eight miles west of Normandy American Cemetery, which overlooks Omaha Beach, France. It was erected by the French to honor elements of the American Second Ranger Battalion under the command of Lt. Col. James E. Rudder. During the American assault of Omaha and Utah beaches on June 6, 1944, these U.S. Army Rangers scaled the 100-foot cliffs and seized the German artillery pieces that could have fired on the American landing troops at Omaha and Utah beaches. At a high cost of life, they successfully defended against determined German counterattacks.

The most westerly landing sector on D-Day, Utah Beach lies on the Cotentin Peninsula, also known as the Cherbourg Peninsula, and it was in fact in order to help take the vital port of Cherbourg rapidly that the Allied commanders of Operation Overlord, Eisenhower and Montgomery, decided that this further Landing Beach was required. We will have a stop to understand this often understated beach, much more complex than it first seems.

Quaint, quiet Sainte-Mère-Eglise became involved in one of the greatest exploits in military history in the night of 5 to 6 June 1944, as D-Day began. American parachutists were being dropped all around the area, and in the village itself. We will allow time to understand the importance of the parachutings and not only the missions that were to be done, but what actually happened and why.

Informacion Adicional
"Confirmation will be received at time of booking, unless booked within 1 hours of travel. In this case confirmation will be received as soon as possible, subject to availability"
"Not wheelchair accessible"
"Service animals allowed"
"Infant seats available"
"Travelers should have a moderate physical fitness level"
"This is a private tour/activity. Only your group will participate"