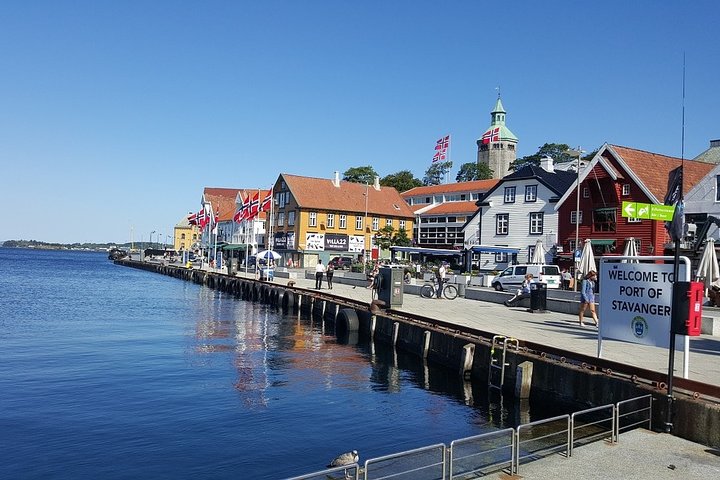 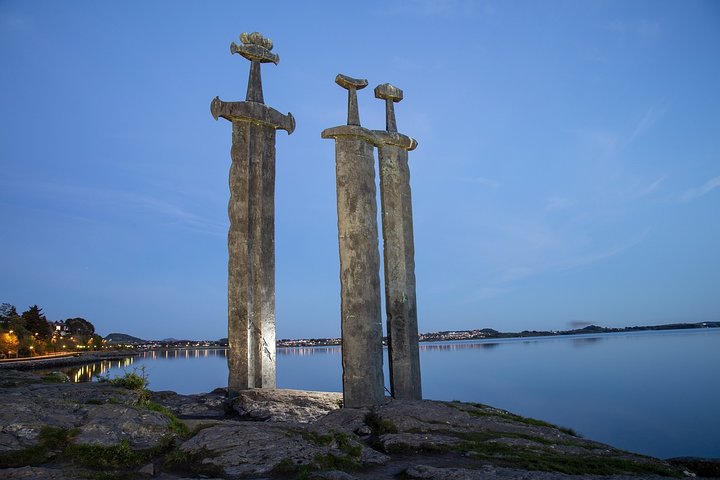 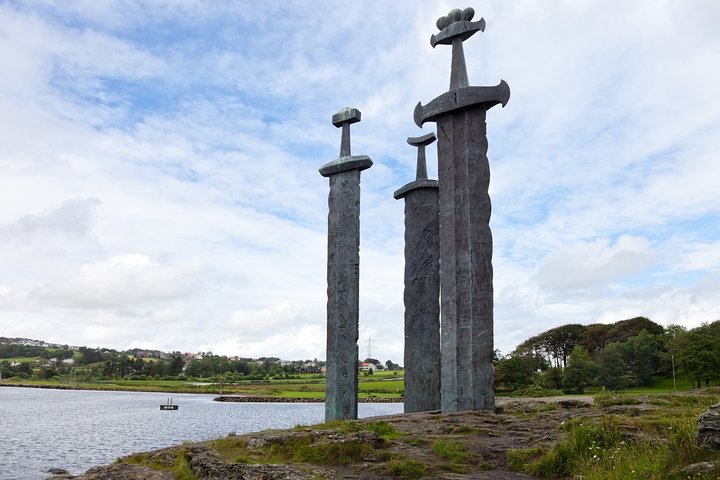 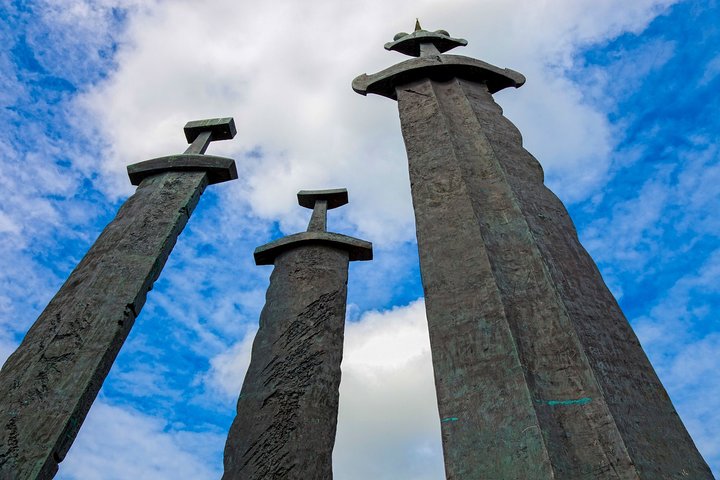 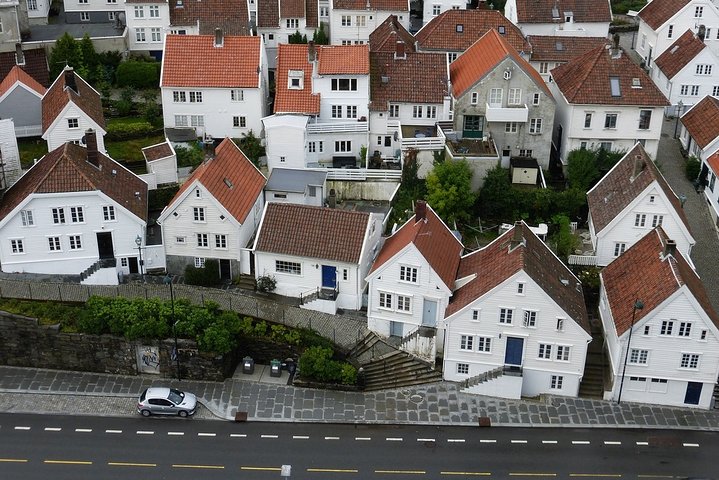 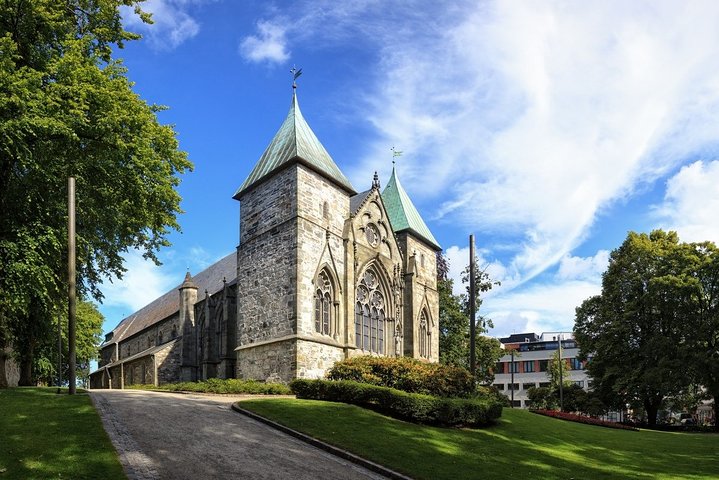 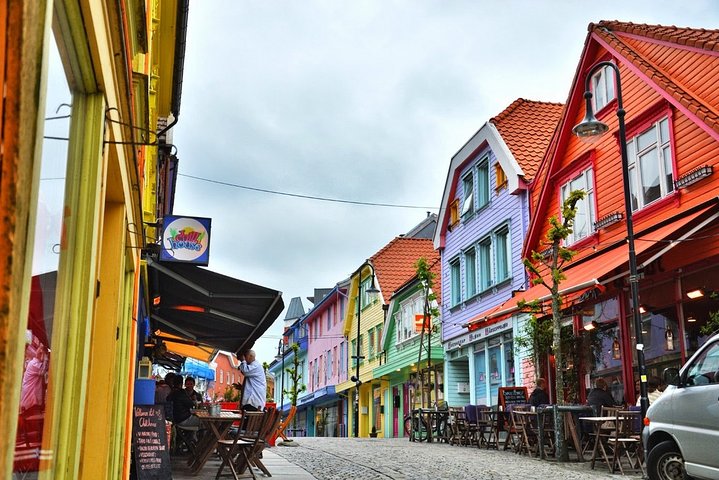 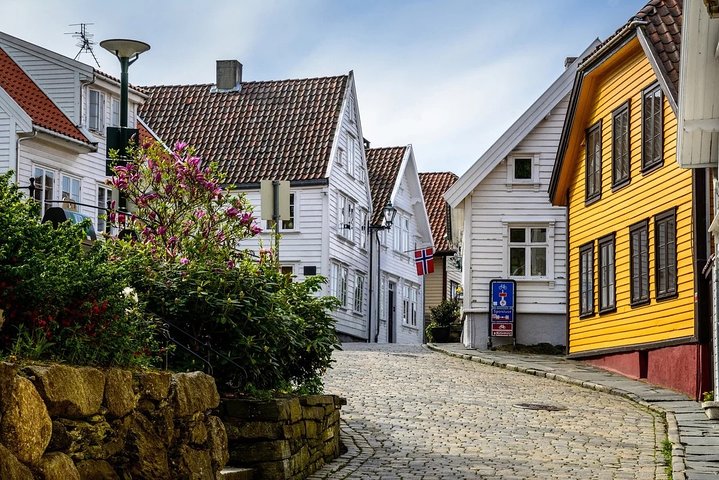 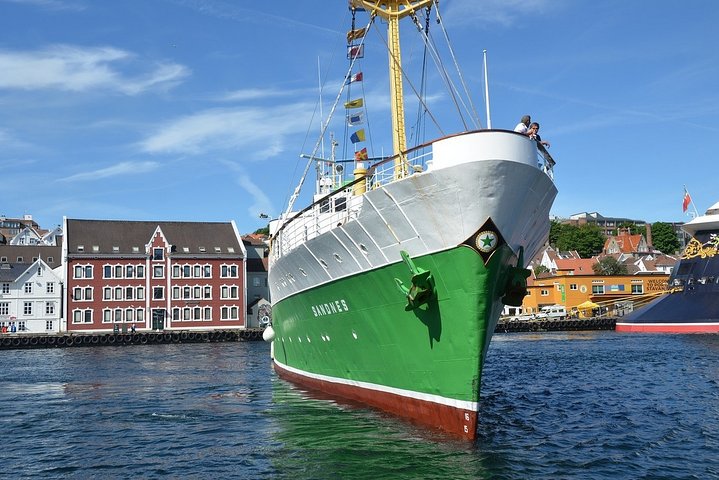 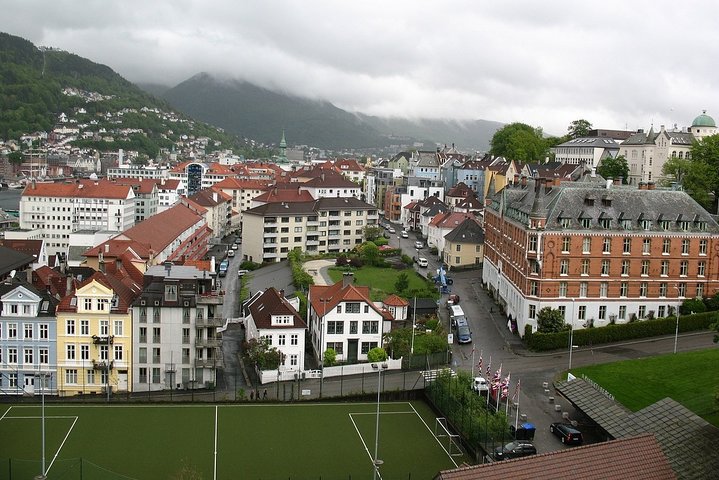 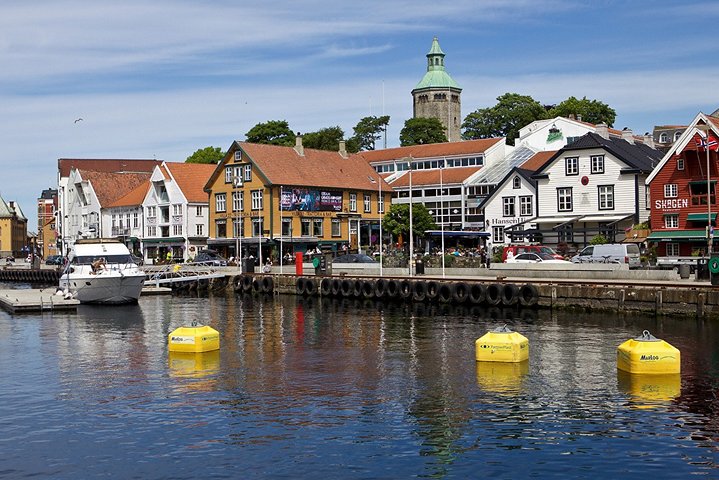 Your guide will pick you up at your hotel, cruise ship or another place you are staying in Stavanger.
On the way to Ullandhaug Tower, you’ll stop at Hafrsfjord, where a historical battle was fought in the age of Vikings between 872 and 900. From Ullandhaug Tower, you will get a bird’s eye view over the city and Ryfylke Fjords. After that, you will stop at the Swords in Rock monument, where you will have time to take photos.
After returning back to the city you will have a sightseeing tour of the old city – Gamle Stavanger. You’ll be able to view the outside of Stavanger Cathedral, plus you will have free time to experience Stavanger and to shop for souvenirs before returning back to your hotel/cruise ship.

Ullandhaug tower - The telecommunications tower was built in 1964. The tower rises 64 meters on a hill 135 m above sea level. From here you have a marvelous view of Stavanger, Ryfylke, and Nordjæren. Each year the tower is decorated with lights for Christmas.

Sverd i fjell (English: Swords in Rock) is a commemorative monument located in the Hafrsfjord neighborhood of Madla, a borough of the city of Stavanger in Rogaland, Norway. The monument was created by sculptor Fritz Røed from Bryne and was unveiled by King Olav V of Norway in 1983. The three bronze swords stand 10 metres (33 ft) tall and are planted into the rock of a small hill next to the fjord. They commemorate the historic Battle of Hafrsfjord which by tradition took place there in the year 872, when King Harald Fairhair gathered all of Norway under one crown. The largest sword represents the victorious Harald, and the two smaller swords represent the defeated petty kings. The monument also represents peace, since the swords are planted into solid rock, so they may never be removed.

One of the most picturesque areas of the city is Gamle Stavanger, a historic area where a collection of quaint older homes lie along meandering stone-paved streets. This is, in fact, the largest surviving wooden house settlement in northern Europe. Its streets are well worth exploring, as are its galleries and museums.

Located in the city center, Stavanger Cathedral was built in the 12th century by Englishman Reginald of Worcester (later known as Bishop Reinald) as a three-aisle Romanesque basilica. The choir was rebuilt in the Gothic style after a fire in 1272, and the whole church was renovated in the 19th century. Notable interior features include the richly carved Baroque pulpit (1658), a stone font of the Gothic period, and the stained glass in the east window depicting New Testament scenes.