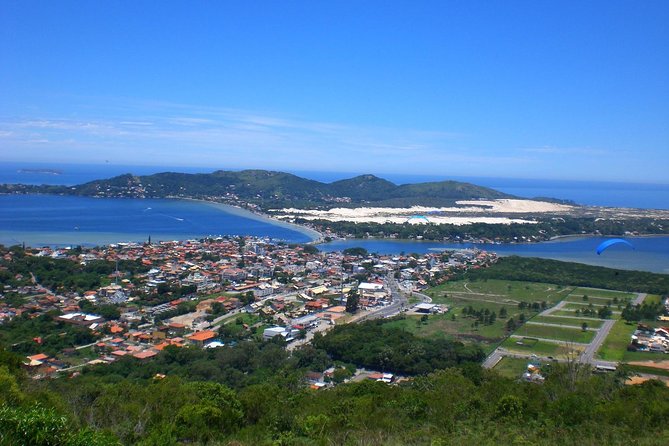 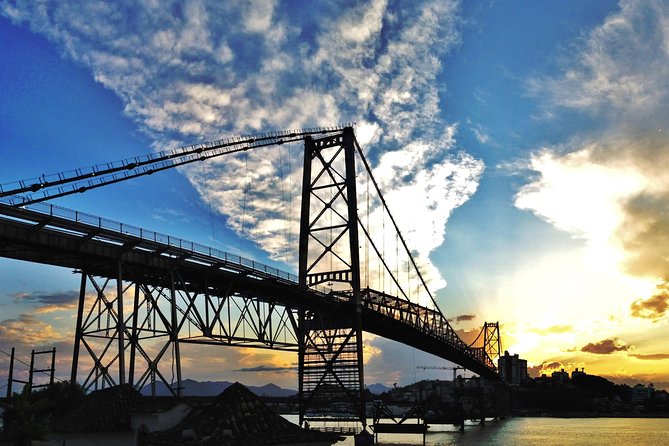 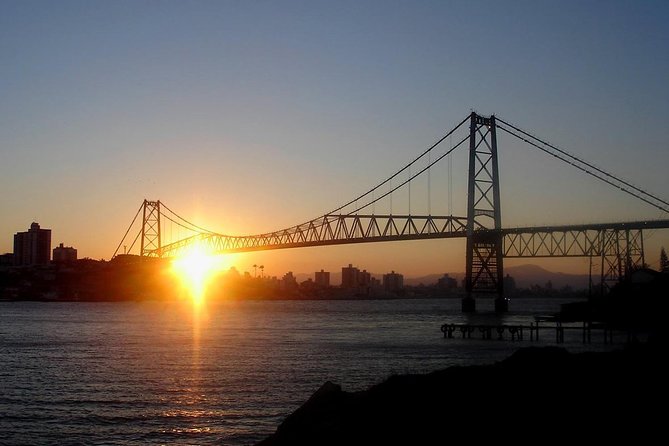 Florianópolis is known in Brazil as the “Island of Magic”. Its breathtaking beaches are a paradise to surfers and beach goers a like. It is thought by many as the best place to unwind and get in touch with your inner self. It holds a lot of history as well as some of the most beautiful beaches in the country, and you will enjoy visiting exploring it with your English or Portuguese guide. .

Florianópolis is known in Brazil as the “Island of Magic”. Its breathtaking beaches are a paradise to surfers and beach goers alike. It is thought by many as the best place to unwind and get in touch with your inner self. It holds a lot of history as well as some of the most beautiful beaches in the country

In addition to over 40 gorgeous beaches, “Floripa” – the city’s nickname – has plenty of other attractions. On the tour, you will see the historical center where the little yellow and charming metropolitan cathedral is located.

In the most important square of the city, we’ll get acquainted with Praça XV de Novembro (15th of November Square, named after the date in which the republic was proclaimed) where the imposing Palace Cruz e Souza stands, which now houses the historical museum of Santa Catarina.

The Palace is important in many ways as it's staged many important moments in Brazilian history throughout different points in time. It hosted both Brazilian emperors during their visits to the city and was stormed by revolutionaries during the federalist revolution in 1891. It seems this palace has seen its share of history.

Named after the Governor of Santa Catarina, another historical and visually striking location is the Hercilio Luz Bridge. It was the first bridge constructed to link the Island of Santa Catarina to the mainland.

But obviously, in a city like Floripa, the beaches and lagoons are still a must see. One of our other stops is one of the most famous natural landmarks in the city, the Lagoa da Conceição. The neighborhood houses not only a lagoon, but also a few buildings dating back to when the city was colonized and settled.

We will visit the lagoon of Conceição belvedere, which has a beautiful and complete view of the lagoon and Sete Voltas Hill.

Afterwards, you will pass the Rendeiras avenue, arriving at Joaquina Beach, where various national and world surfing championships take place. Beautiful waves are great for practicing the sport and it is a place admired by sports fans.

Leaving Joaquina, you will go to Barra da Lagoa, where you will have free time for lunch (not included) and soon after continue towards the north of the island.

Finally, tourists return to their hotels.

Informacion Adicional
"Confirmation will be received at time of booking"
"The specific departure time for this tour will be determined upon reconfirmation"
"The tour date might change depending on weather conditions and other variables"
"Not wheelchair accessible"
"Near public transportation"
"Most travelers can participate"
"This tour/activity will have a maximum of 40 travelers"
"Face masks required for travelers in public areas"
"Face masks required for guides in public areas"
"Hand sanitizer available to travelers and staff"
"Social distancing enforced throughout experience"
"Regularly sanitized high-traffic areas"
"Transportation vehicles regularly sanitized"
"Guides required to regularly wash hands"
"Regular temperature checks for staff"
"Paid stay-at-home policy for staff with symptoms"
"Additional measures might be added to our list of procedures as we receive guidance from the local health and safety authorities and as more information becomes available. And some of these restrictions might be lifted at some point in the future if we are authorized to do so by local authorities"