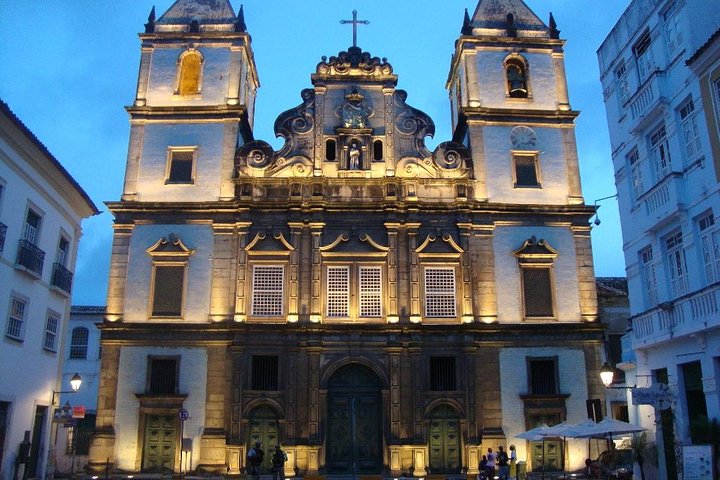 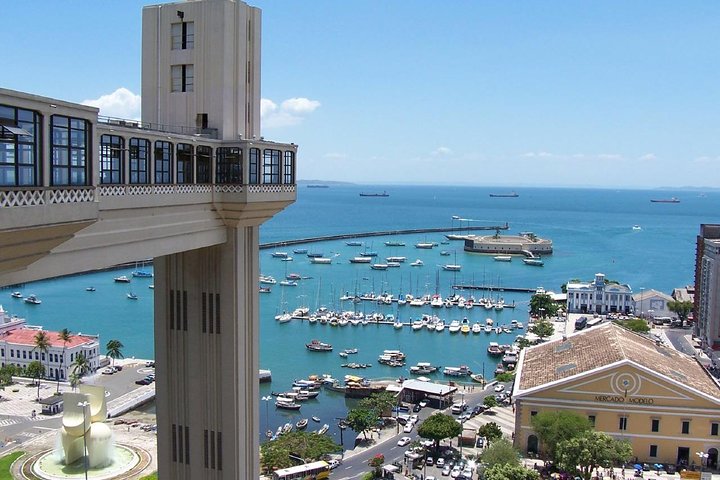 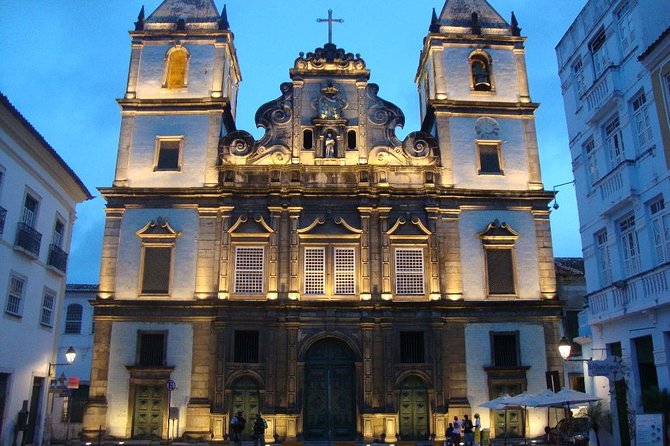 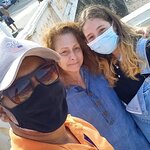 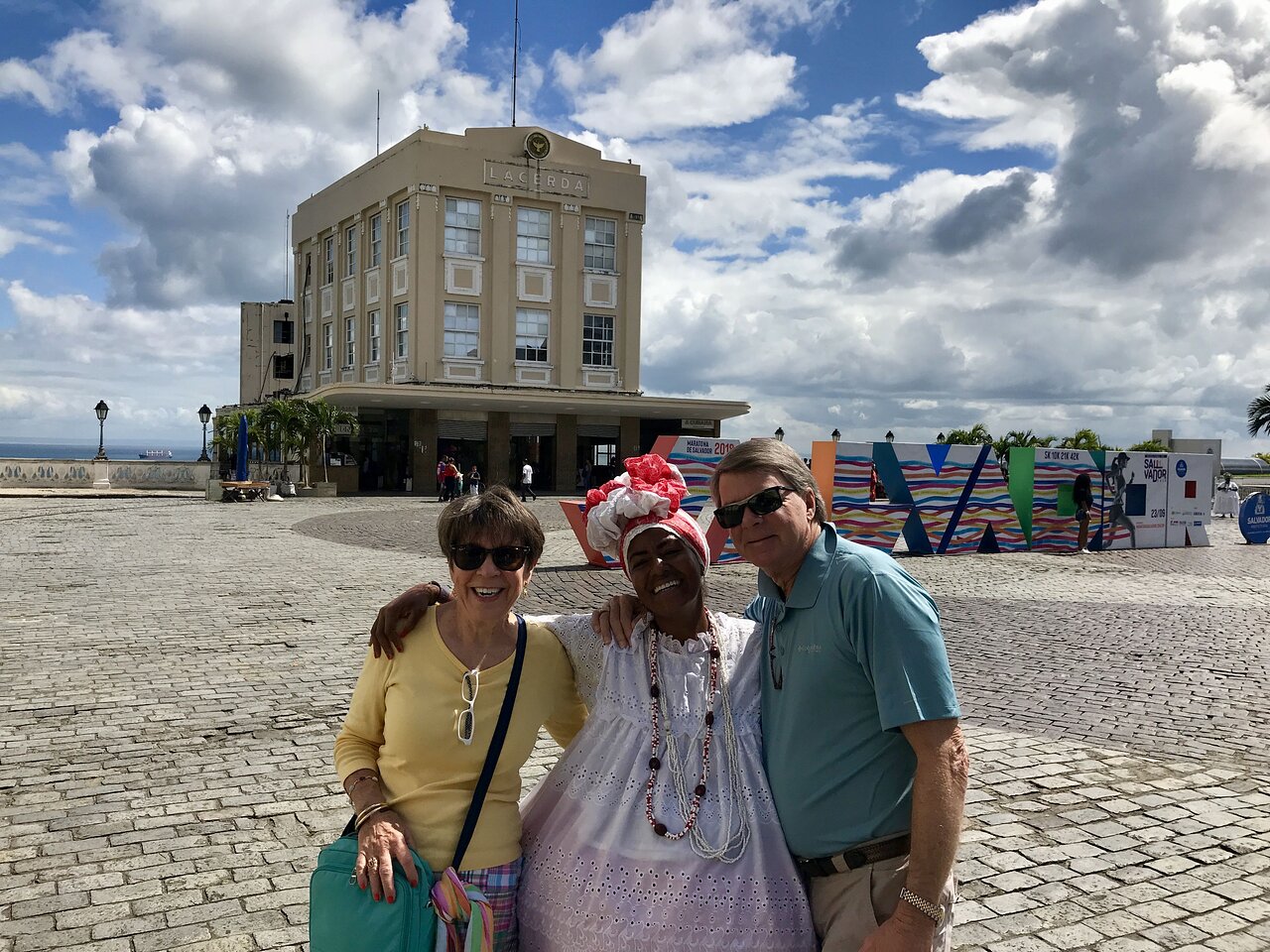 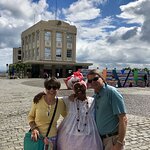 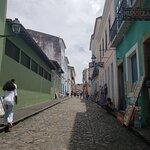 A charming 4 hour tour in Salvador of Bahia, the first capital of Brazil that has one of the most striking and powerful cultures in the country, influenced by the African people who left cultural heritages in music, food and local religion, you can witness all this force of the Local culture left by the Africans in Pelourinho, highlight point of the tour.

Farol da Barra is one of the most popular tourist spots in Salvador. The Santo Antônio da Barra Fort, popularly known as Farol da Barra, is located in the traditional neighborhood of Barra, on the edge of the city, and was built in 1534.

Inside the fort is installed the Nautical Museum of Bahia, the only one of its kind in the entire state, bringing together a valuable collection of underwater archaeological finds, a collection of navigation instruments and nautical signaling, models, miniatures of boats of varied origin and a permanent exhibition relative to the geography, history, anthropology and culture of All Saints Bay, in addition to the maritime, military and administrative life of the city of Salvador, the country's first capital and its most important city for more than three centuries. At the Fort is the Farol da Barra. The original lighthouse was installed in the fort in 1698. Whale oil fed lamps protected by glass that signaled the entrance of the bay to the navigators.

is most popular for those who want to enjoy the beach and a relaxing sea bath, and it is also worth visiting, but always plan to arrive early, if in high season and weekends you can get too full. And if you have the opportunity, schedule a visit in the late afternoon at Farol da Barra or Porta Barra to contemplate a wonderful sunset.

The main square of Pelourinho is surrounded by several old houses, in the purest colonial style, such as the mansion of the Jorge Amado Foundation and churches such as the Rosário dos Homens Pretos Church and the Basilica Cathedral, two great examples of Colonial-era architecture . But no church impresses more than the Church of São Francisco, also known as the Church of Gold, which was even elected as one of the 7 wonders of Portuguese origin in the world

As everyone knows, Salvador cultivated slave labor for a long time, and had its pillories, which are several columns, fixed in public areas to expose and punish criminals and slaves who fought for freedom, homosexuals also suffered punishments in the pillories, originally installed in points such as Terreiro de Jesus and the current squares Tomé de Sousa and Castro Alves. Pelourinho is considered a World Heritage Site, listed by UNESCO since 1985.

The Lacerda Elevator was designed by Antônio Lacerda (1834-1885), built with the help of his brother, the engineer Augusto Frederico de Lacerda and financed by his father Antônio Francisco de Lacerda.

For many years the Elevador Lacerda was the largest urban elevator in the world, and has a breathtaking view of anyone from the Bay of Todos Os Santos, the largest bay in Brazil and the second largest in the world.

The Lacerda Elevator, which is located between the Historic Center and Cidade Baixa, has four electrified cabins that hold 32 passengers each, with a 22-second journey time. The space was listed by the National Historical and Artistic Heritage Institute in 2006.

São Francisco Church, also known as the Golden Church, which was even elected as one of the 7 wonders of Portuguese origin in the world

The Largest Handicraft Mall in Brazil. Thus the Mercado Modelo can be defined with its diversity of stores, where the most varied types of handicrafts and typical products of Bahia can be found. The Mercado Modelo is also a meeting point and coexistence, as well as a space for artistic and cultural animation in the city.

The first Property that hosted the Mercado Modelo was opened in 1929. It was located on the same Cairu Square, opposite the ramp of the Market, with a facade for the Lacerda Elevator.

Informacion Adicional
"Confirmation will be received at time of booking"
"Wheelchair accessible"
"Children must be accompanied by an adult (Crianças somente com adultos)"
"Child rate applies only when sharing with 2 paying adults (Tarifa de criança válida se acompanhada de dois adultos)"
"May be operated by a multi-lingual guide (Guia Bilingue)"
"A small amount of walking is involved (Boa parte do passeio é a pé)"
"Stroller accessible"
"Near public transportation"
"Infant seats available"
"Transportation is wheelchair accessible"
"Not recommended for travelers with back problems"
"Most travelers can participate"
"This is a private tour/activity. Only your group will participate"
"Face masks required for travelers in public areas"
"Face masks required for guides in public areas"
"Hand sanitizer available to travelers and staff"
"Transportation vehicles regularly sanitized"
"Guides required to regularly wash hands"