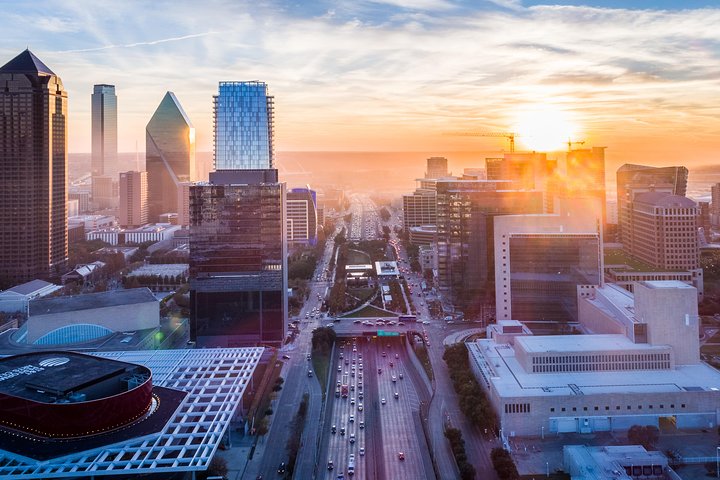 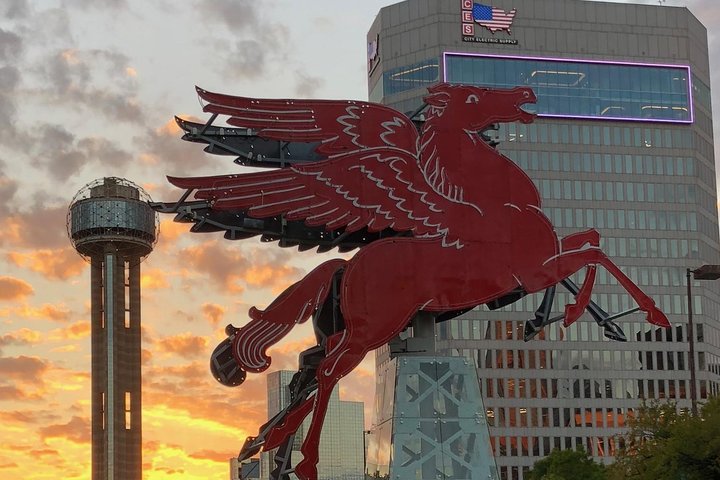 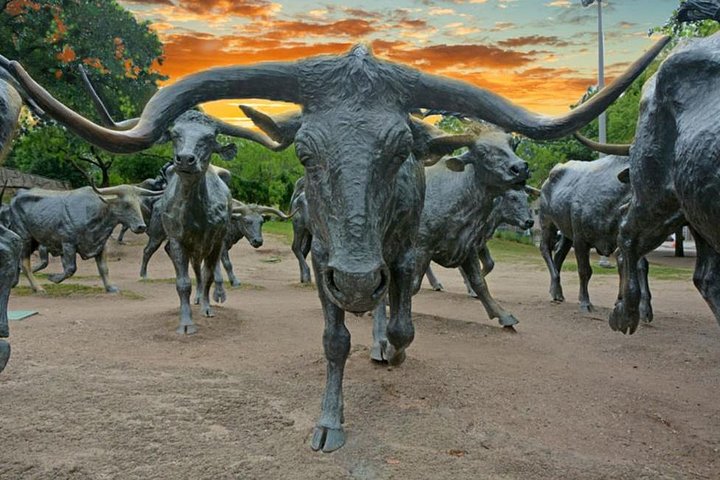 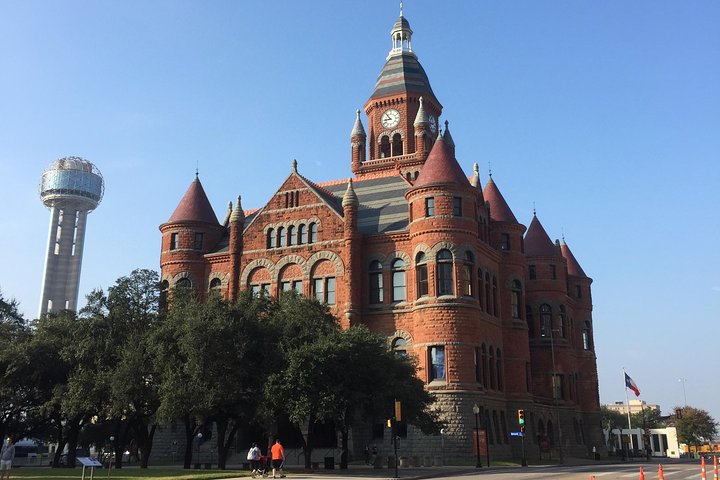 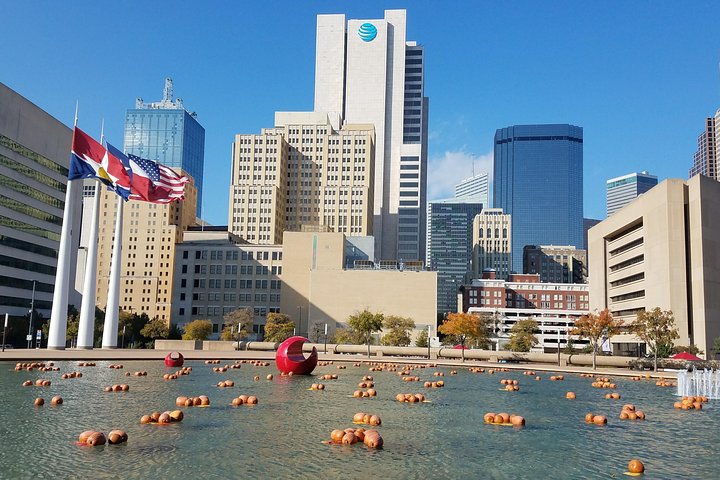 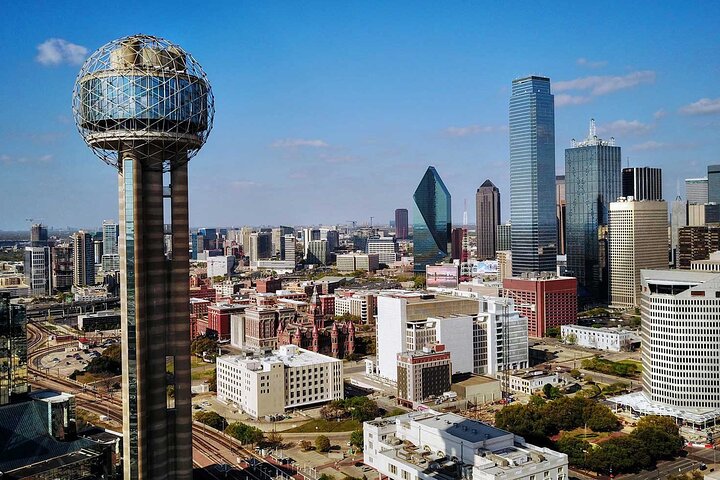 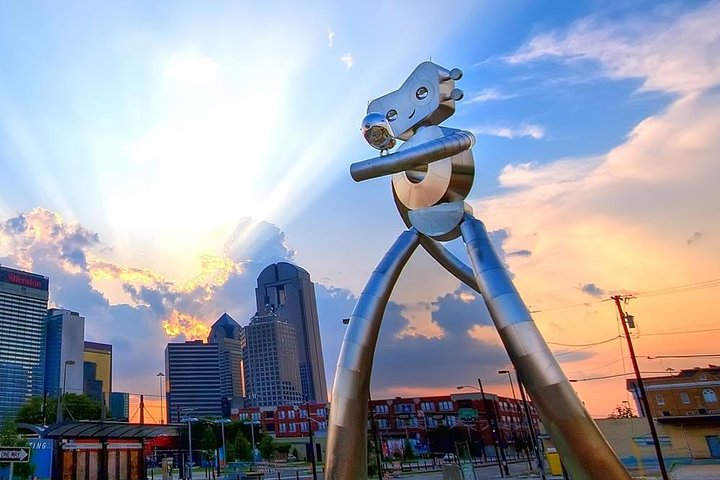 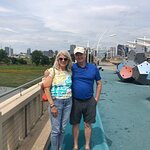 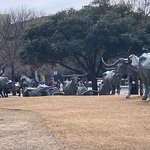 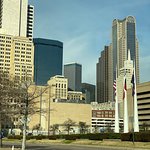 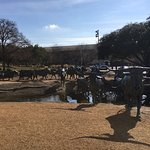 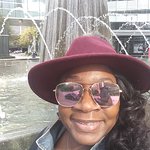 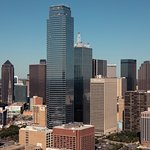 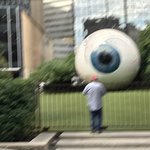 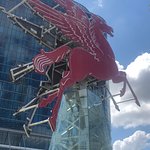 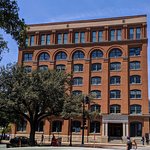 We will explore not just the iconic sites, but seldom seen hidden gems that most visitors never get to experience. This is a comprehensive sightseeing tour of Dallas guided by a professional local tour guide in a climate-controlled van. Whether you have just a few hours and want to see as much as possible our “Best of Dallas” tour has got you covered.

During our excursion, we will stop several times to allow our guests to experience and have a closer look at some of the sites, including Dealey Plaza, the farmer's market, Pioneer Plaza and the famous Pegasus.

The CityPass option includes admissions to the Sixth Floor Museum, Reunion Tower GeO-Deck, the Perot Museum AND the Dallas Zoo OR the George W. Bush Library, 4 attractions in total. All attractions visits are self-guided, you need transportation to reach some of the attractions. The CityPass is valid 9 consecutive days from the day of your excursion.

The Dallas County Courthouse, built in 1892 of red sandstone with rusticated marble accents, is a historic governmental building located at 100 South Houston Street in Dallas, Texas. Also known as the Old Red Courthouse, it became the Old Red Museum, a local history museum, in 2007. It was designed in the Richardsonian Romanesque style of architecture

John Neely Bryan visited the Dallas area in 1839, and in 1841, he established a permanent settlement, which eventually became the burgeoning city of Dallas.

Stand among the statues of 49 bronze steers and 3 cowboys depicting the Shawnee trail . This is one of the largest bronze statue collections in the world . The Dallas Skyline backdrop makes for great pictures

See is the final resting place for four Dallas mayors, the city's early business leaders and heroes of the Texas revolution

When you do a city hall, it has to convey an image of the people, and this had to represent the people of Dallas ... The people I met – rich and poor, powerful and not so powerful – were all very proud of their city. They felt that Dallas was the greatest city there was, and I could not disappoint them.

Thanks-Giving Square is a park and public facility anchoring the Thanksgiving Commercial Center district of downtown Dallas, Texas (USA). Dedicated in 1976, the complex consists of three components: a landscaped garden and non-denominational chapel building, a major section of the underground pedestrian network, and the Bullington Truck Terminal.

Visit the Farmers Market which has been open since 1941, sample local foods do some shopping

Drive by the Villa, once a funeral parlor where the bullet -riddled body of Clyde Barrow ( of the notorius duo Bonnie and Clyde was presented for pubic viewing .

See our Cathedral , home to the second largest Catholic congregation in the Nation

See our 5 acre park that connects Downtown with Uptown . The park was built over the Woodall Rodgers freeway

Nestled in one of the largest Arts Distrcits in the country is the Pei designed Museum of Art . Free Admission

Opened in 2003, the Nasher Sculpture Center is a museum in Dallas, Texas, that houses the Patsy and Raymond Nasher collection of modern and contemporary sculpture. It is located on a 2.4-acre site adjacent to the Dallas Museum of Art in the Dallas Arts District.

The Margot and Bill Winspear Opera House is an opera house located in the Arts District of downtown Dallas, Texas. Designed as a 21st-century reinterpretation of the traditional opera house, the Winspear seats 2,200 in a traditional horseshoe configuration.

The Morton H. Meyerson Symphony Center is a concert hall located in the Arts District of downtown Dallas, Texas. Ranked one of the world's greatest orchestra halls, it was designed by architect I.M. Pei and acoustician Russell Johnson's Artec Consultants, Inc.

Dealey Plaza is a city park in the West End district of downtown Dallas, Texas. It is sometimes called the "birthplace of Dallas". It also was the location of the assassination of U.S. President John F. Kennedy, on November 22, 1963.

If you purchase admission tickets to The Reunion Tower's observation deck as part of your tour, we will leave you at the Reunion Tower' entrance at the end of the tour. The tower is Dallas's most iconic Dallas landmark, offering spectacular panoramic 360-degree views of the city’s skyline, high-definition zoom cameras, interactive touch screens, telescopes, a free digital photo and an indoor/outdoor observation deck that lets you see for miles in any direction.

Informacion Adicional
"Confirmation will be received at time of booking"
"Not wheelchair accessible"
"Children under 8 are not permitted on tour. Children are not allowed to sit on laps. Carry on suitcase are not allowed in our excursion."
"Near public transportation"
"Most travelers can participate"
"This tour/activity will have a maximum of 14 travelers"
"Regularly sanitized high-traffic areas"
"Gear/equipment sanitized between use"
"Transportation vehicles regularly sanitized"
"Guides required to regularly wash hands"
"Regular temperature checks for staff"
"Your health and safety is our top priority. During our tours, we follow safety guidelines. We have daily wellness checks with our team to ensure that everyone is healthy and symptom-free."