Transfer From Yerevan To Tbilisi With Tours 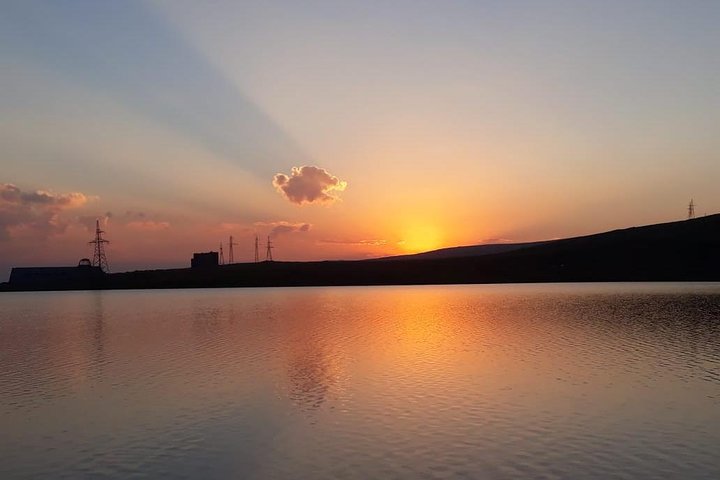 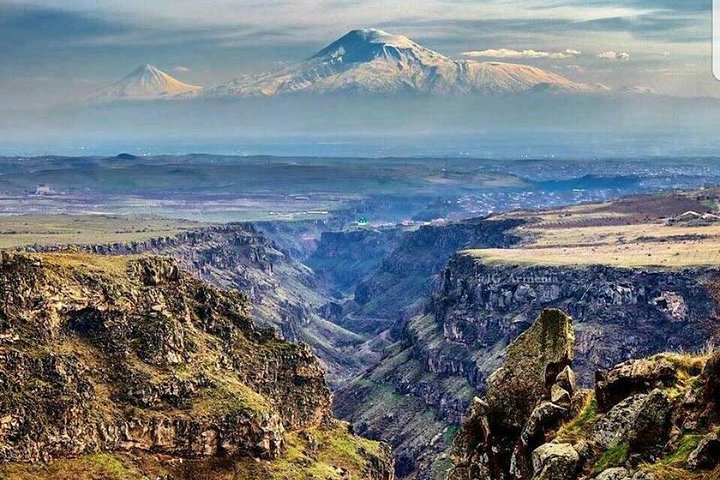 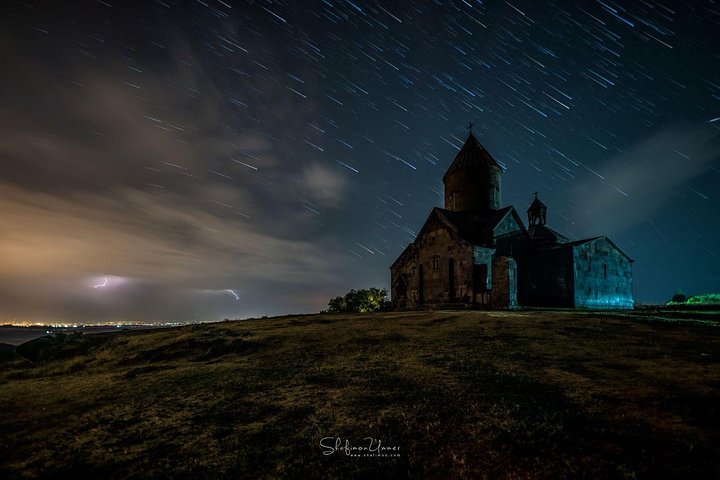 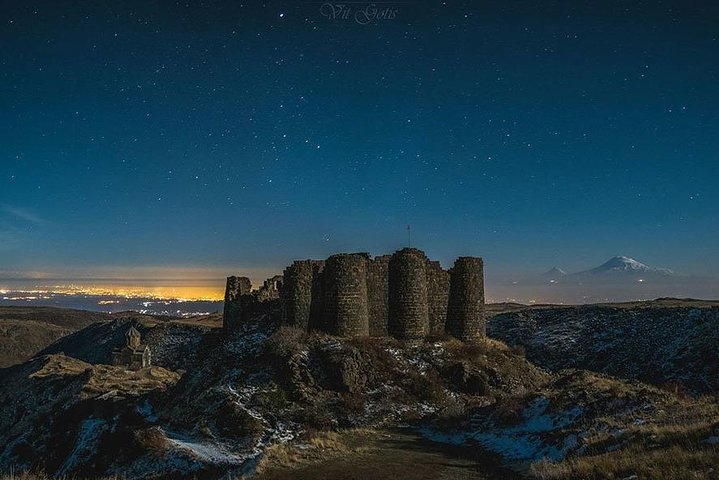 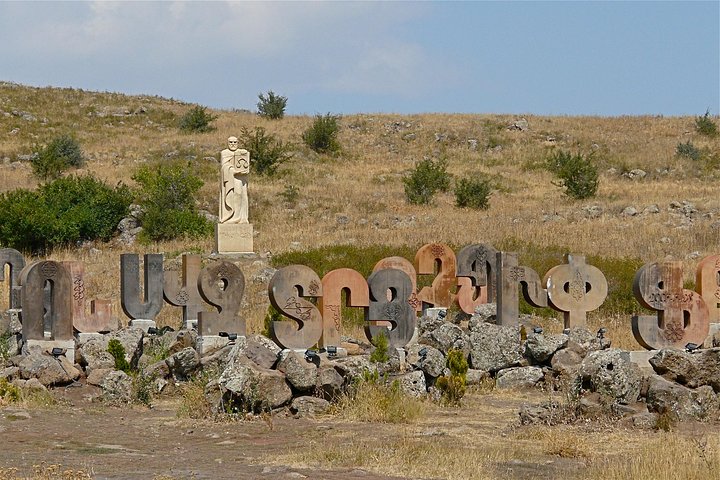 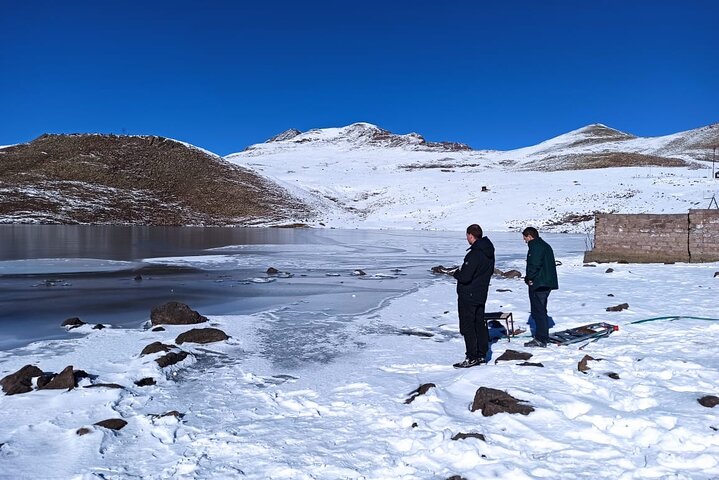 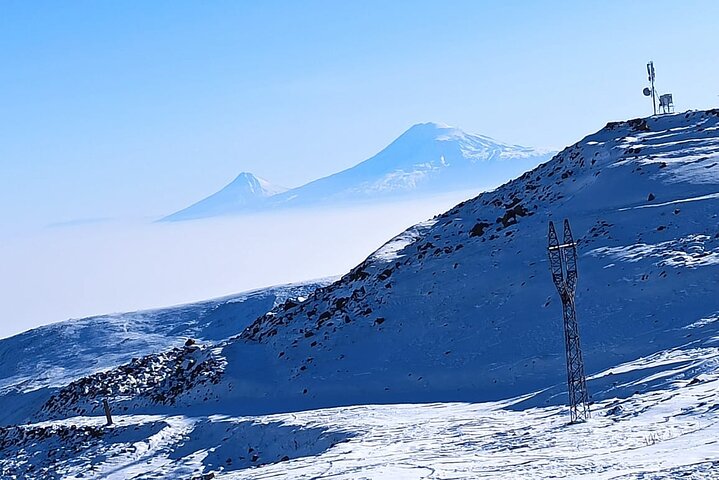 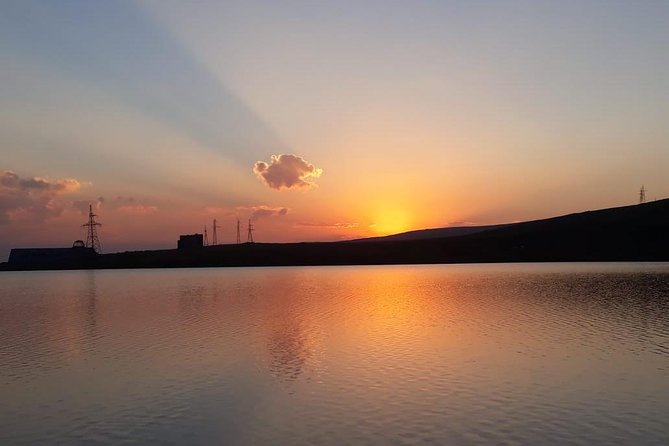 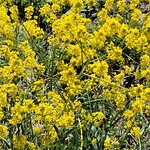 Private tour to the 5 top attractions on the slopes of mount Aragats. We will have 4 stops and total duration of tour is 5-6 hours.

he Saghmosavank is a 13th-century Armenian monastic complex located in the village of Saghmosavan in the Aragatsotn Province of Armenia. Like the Hovhannavank monastery which is five kilometers south, Saghmosavank is situated atop the precipitous gorge carved by the Kasagh river. Their silhouettes dominate the adjacent villages and rise sharp against the background of the mountains crowned by Mount Aragats.

The main structures of the monasteries erected by Prince Vache Vachutyan—the Church of Zion in Saghmosavank (1215) and the Church of Karapet in Hovhannavank (1216-1221)—belong to the same type of cross-winged domed structure with two-floor annexes in all the corners of the building. Subcupola space predominates in the interiors of both churches, which is reflected in the exterior shapes of these structures.

n 2005, the Armenian alphabet celebrated its 1600th birthday. In commemoration, it was given a gift of 39 giant, carved Armenian letters, strategically placed near the final resting place of the man who created the alphabet, Mesrop Mashtots.

When Mashtots began working on an Armenian alphabet, it was under great pressure so that it could be used to create a bible for the newly Christian kingdom. Elegantly planned, Mashtots laid out the structure of the alphabet around the religion. He made the first letter A, which was the first letter in the word Astvats, or God, and the last letter K’, which began the word K’ristos, Christ. He then put the finishing touches on the last 34 letters and his system has been used ever since, aside from the addition of 3 more letters.

To honor his work, Armenian architect J. Torosyan created the stone carvings of every letter near Mashtots’ final resting place in 2005. Set against the backdrop of Armenia’s Mt. Aragats, the letters and a statue of Mashtots pay tribute to the complex and unique language, a national point of pride of Armenia.

There is a medieval fortress Amberd on the southern slopes of the Mount Aragats, away from the hectic cities. It stands on the rocky cliff on the height of 2100 meters protected from two sides with deep gorges at the junction of rivers Amberd and Arkashen. This unique sight is located 50km from Yerevan. There is only one serpentine road leading to it that passes through mountains. That is why it is impossible to get there in winter when everything is covered in snow.

Lake Kari is a lake in Armenia located on the slopes of Mount Aragats. Most of its water comes from ice and snow. It is located 3,185 m above the sea level and has a perimeter of 1,150 m.[1] From Byurakan village an asphalt automobile road stretches towards the source of Arkashen River, the lake Kari, located on a plateau below the peaks. On the eastern side of the lake there is a meteorological station.

Informacion Adicional
"Confirmation will be received at time of booking"
"Not wheelchair accessible"
"Service animals allowed"
"Near public transportation"
"Infant seats available"
"Most travelers can participate"
"This experience requires good weather. If it’s canceled due to poor weather, you’ll be offered a different date or a full refund"
"This is a private tour/activity. Only your group will participate"
"Face masks provided for travelers"
"Hand sanitizer available to travelers and staff"
"Social distancing enforced throughout experience"
"Transportation vehicles regularly sanitized"
"Guides required to regularly wash hands"
"Regular temperature checks for staff"

Duración: 4 To 6 Hours
Lugar de comienzo: Traveler pickup is offered
We pick up our customers from any location in Yerevan