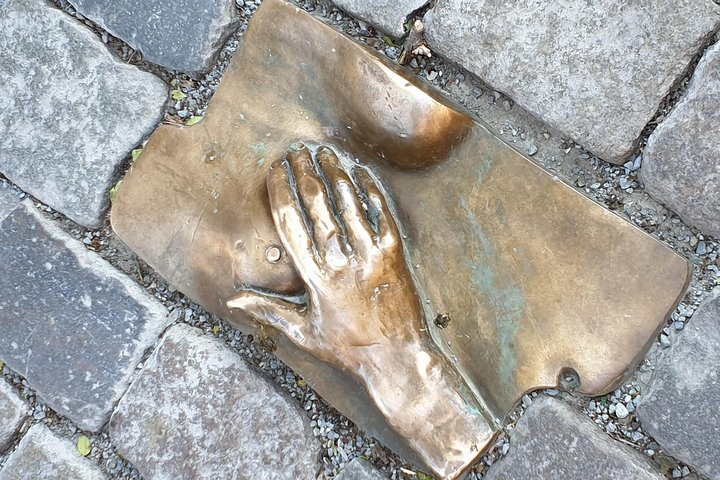 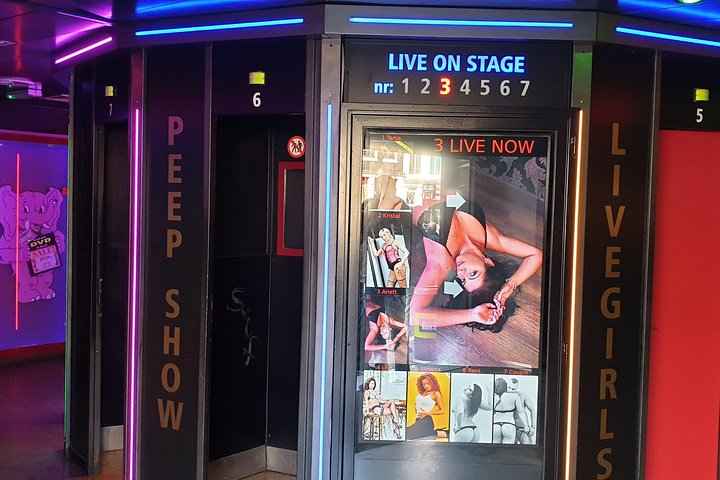 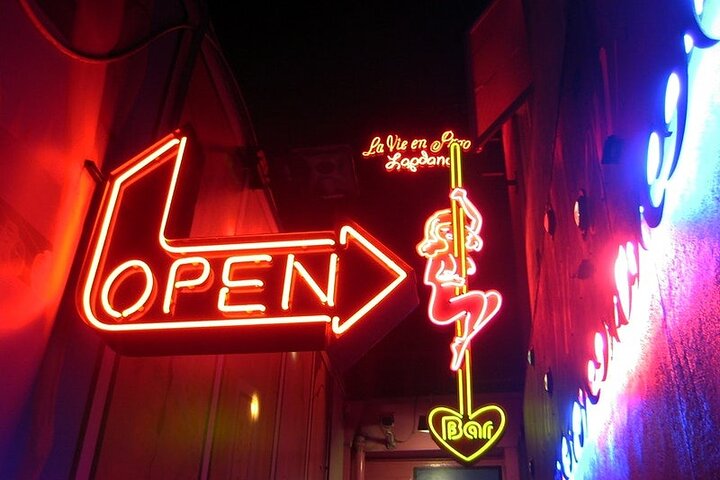 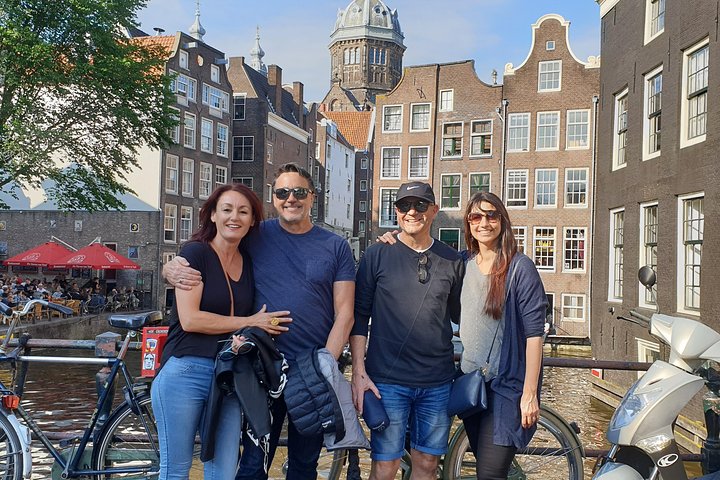 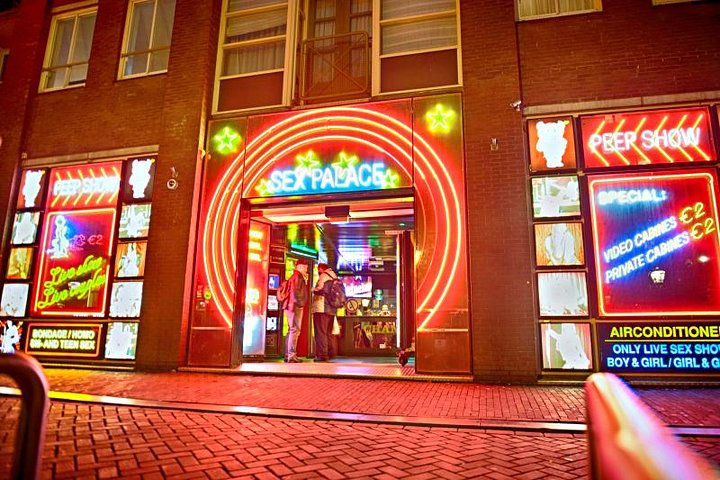 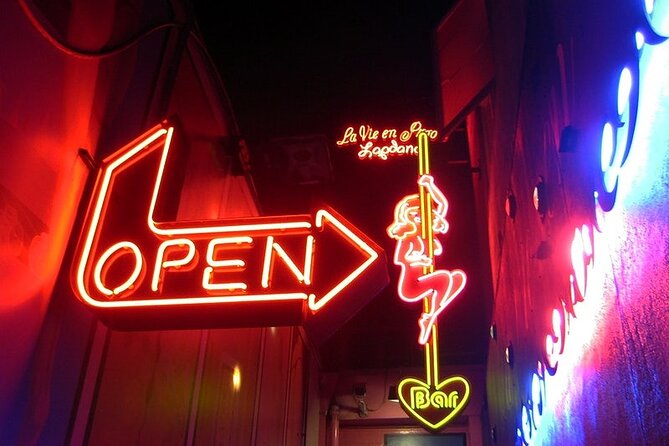 Start your private 2-hour tour with a visit to Amsterdam’s Red Light District. Learn about prostitution in Amsterdam, the coffee shop culture and lots more.

Then walk to the Old Church, the oldest building in Amsterdam, here we are in the center of the Red light District. In this area you will see many things like the narrowest street of Amsterdam, the first coffeeshop, an indoor prostitute street and many smartshops. Walk through the famous prostitute streets with the red lights and learn about the history and current situation of the Red Light District. Learn why prostitution is legalized and how the name “coffeeshop” was created.

After the tour your guide will bring you to the famous sex museum, entrance included.

The tour includes admission to the Sexmuseum, whose exhibits chart eye-popping erotica through the ages.

The dam, Also known as the City built on trees: Due to the soil in Amsterdam consisting of a thick layer of fen and clay, some buildings in the city are built on wooden poles that are fixed in a sandy layer that is approximately 11 meters deep. Since the old days, the houses in Amsterdam were known to have been built on wooden foundation piles that are driven deep into the clay, peat, and water until they reach the first layer of solid sand.

The area is a part of the Red Light District, tob e specific, part of the Old Town area. So this is the oldest part of the city that is why there is a lot of history as well.

Pass By: Int Aepjen, Zeedijk 1, 1012 AN Amsterdam The Netherlands

Pub The Ape, also known as Int Aepjen in Dutch. Built around 1540 and one out of two remaining wooden buildings left in Amsterdam. Which is very special as there was a big fire in 1452 and after that point the government decided that buildings should have brick facades.

Pass By: In de Waag, 4 Nieuwmarkt, 1012 CR Amsterdam The Netherlands

The Waag used to be one of the city gates of Amsterdam, a part of the defensive wall. It was built around the 1400s and is the second oldest building of Amsterdam. Later on it was used as a guild, craftsman’s organizations, situated themselves within the Waag and around the square.

Pass By: The Smallest House in Amsterdam, Oude Hoogstraat 22, 1012 CE Amsterdam The Netherlands

The smallest house of Amsterdam was built around the 1700s and was first used as storage place for the VOC trading company. Later on people started living in the house for a very long time.

This is the world’s first condom shop special for condoms, in place here since 1987. You can get a size customized condom and all kinds of special condoms.

Informacion Adicional
"Confirmation will be received at time of booking"
"Not wheelchair accessible"
"Stroller accessible"
"Service animals allowed"
"Near public transportation"
"Most travelers can participate"
"This is a private tour/activity. Only your group will participate"
"Guides required to regularly wash hands"
"Contactless payments for gratuities and add-ons"
"To reduce crowds, the number of visitors is limited"