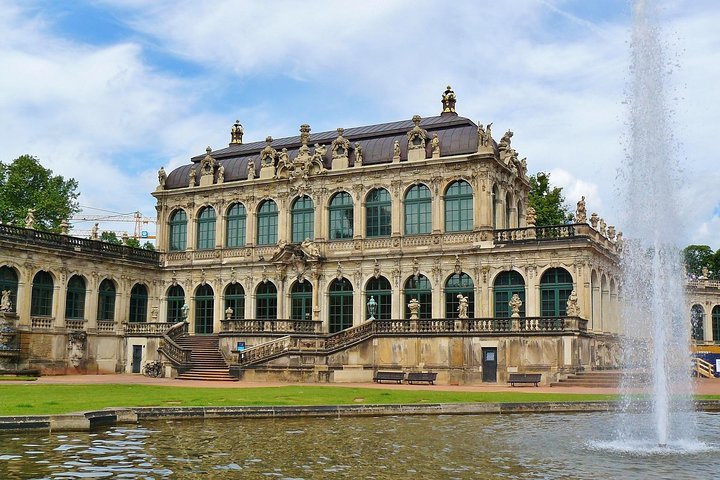 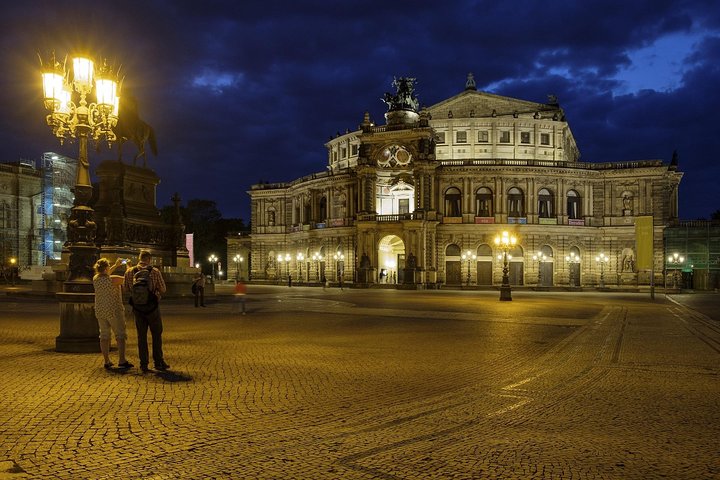 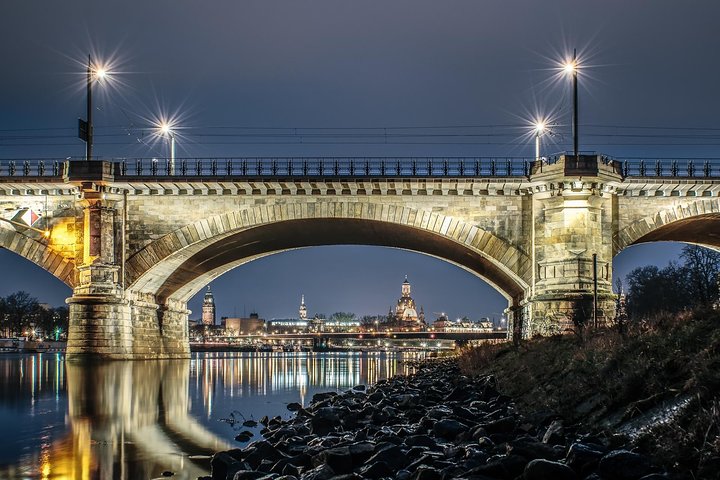 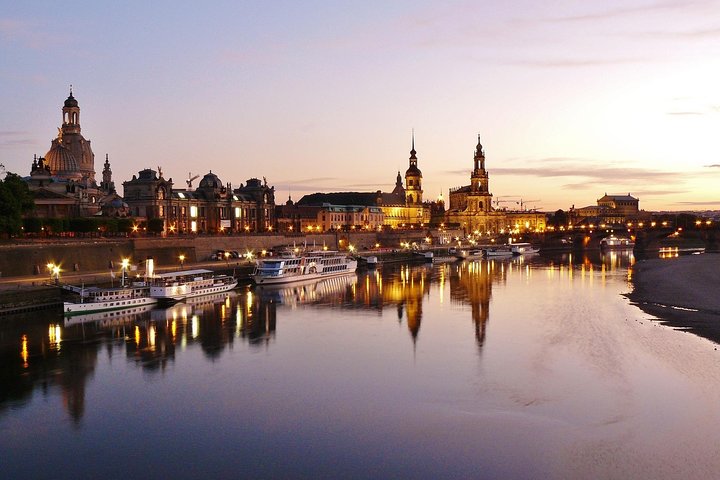 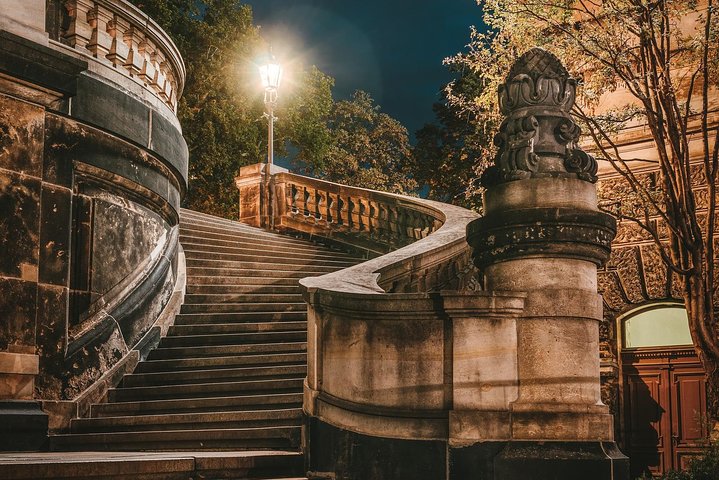 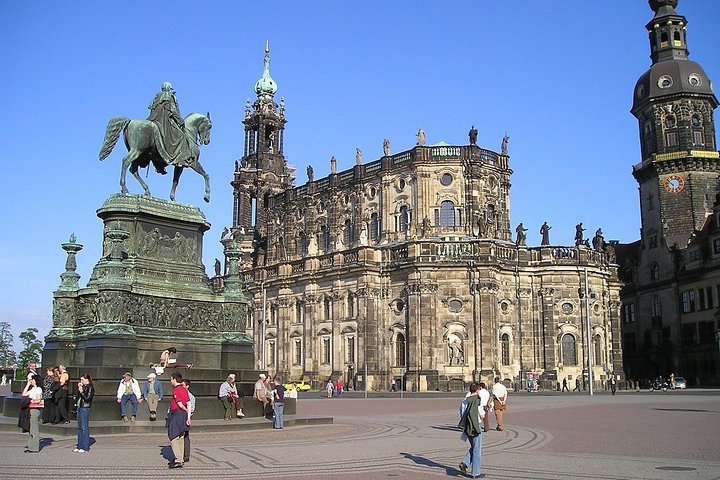 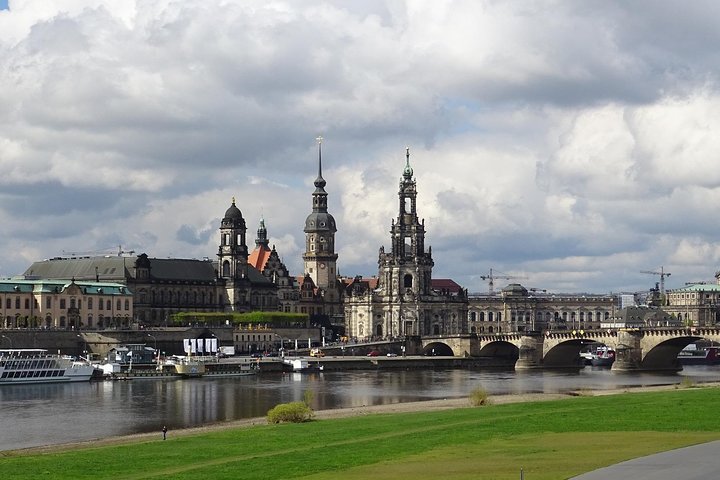 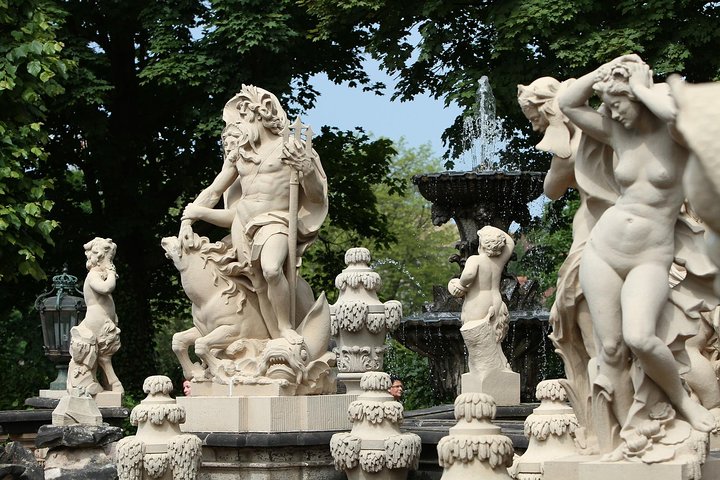 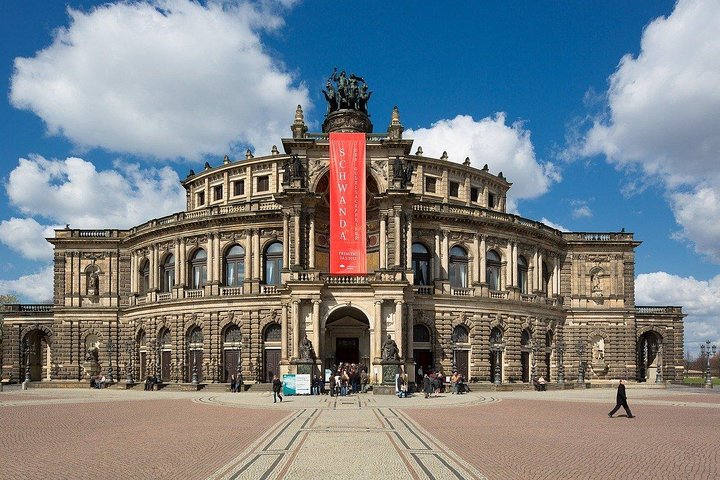 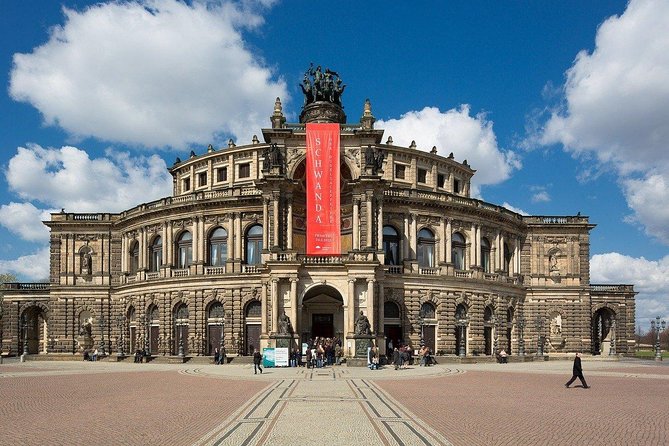 Best of Dresden with a Private Guide

Dresden is a green spot in the middle of the Saxony state. Also known as the Jewel Box, this baroque and rococo city will be offering you a cocktail of cultural and artistic beauty. First, you will have the chance to meet August the Strong in gold himself, before passing through the Augustus Bridge and the Schlossplatz. The next steps will be the the Opera House and the Theaterplatz. You will also walk through the Zwinger, Dresden Castle and the great mural named Fürstenzug. Dresden church and Neumarkt Square will be the final steps of this tour.

This equestrian statue represents the King of Poland August the Strong and has been in Dresden since 1736. Also named the Golden Rider, it is thanks to him Dresden is full of unique baroque buildings like the Zwinger. In copper but covered in gold-leafed, the statue shows the ruler heading towards east, where his Kingdom of Poland remains. It shines under the sun and offers an impressive show to the pedestrians.

Also named after Augustus II the Strong, the Augustus Bridge cross the Elbe river beautifully. It links the historical part of Dresden to the Innere Neustadt since the 12th century. Composed with nines arches, the sandstone bridge used to have twelve of them before being rebuilt. It is still a nice experience to walk through it.

Also called the palace square or the castle square, the Schlossplatz is one spacious square in the centre of the city, where many tourists come to see Dresden’s landmarks. From there you can see the Royal Palace, but also the Catholic Court Church as well as many other Augustus’ creations! In front of the Katholische Hofkirche is a paving stone marked with an N. This shows where Napoleon Bonaparte showed his victory for the Battle of Dresden in 1813.

First built in 1841, the Semperoper is the opera house of the city. It is also the concert hall of the famous Saxon State Orchestra and the home to the Semperoper Ballet! Located in the heart of Dresden, the landmark is impossible to miss with its baroque architecture. Richard Wagner and Strauss made their premieres in the Semperoper. It is known as the most famous opera house in Germany.

Dresden has more than one beautiful square to offer. Theaterplatz will give you a wonderful view of the Zwinger Palace, the Hofkirche and the Opera House. There is even another equestrian statue of King John who ruled Saxony on the 19th century. You can walk by this cobblestone square, his fountain and beautiful green areas, or even sit down on one of the benches to admire the landmarks of the city.

The Zwinger is also known as a palace. Built in a baroque style, it has served as the orangery, but also an exhibition gallery and a festival arena. Currently, the Zwinger is a museum containing many galleries like the Old Masters Picture Gallery, the Dresden Porcelain Collection, and the Royal Cabinet of Mathematical and Physical Instruments. It is a place of culture and science where Dresden’s history rises.

The next step of this tour will be Dresden Castle or the Royal Palace. It is one of the city’s oldest monuments and a glorious one! It was the home of the kings of Saxony for four centuries. Thanks to their influence, Dresden Castle is a puzzle where many styles are combined. Its architecture goes from Baroque to Neo-renaissance, making Dresden Castle so unique.

Not far from Dresden Castle is a secret place, a walk through history. The Fürstenzug, or the Procession of Princes in English, is a 101-meters-long mural representing the history of the Wettins, Saxony’s ruling family. You will see there 35 margraves, dukes, and kings of the 12th century in action. It is known as the largest porcelain artwork in the world.

The Dresden Frauenkirche is a Baroque Lutheran church since the 18th century. What will catch your eye is its wonderful dome, considered as one of the largest in Europe. The church is an outstanding example of protestant architecture and a sign of reconciliation after World War II.

This tour will finish on the Neumarkt Square, a unique place known as the centre of the inner city. You will see there the history of Dresden, with opulent Baroque architecture. Built in 1548, Neumarkt evolved during the Renaissance. You will see there cute gabled houses as well as other baroque landmarks. It is truly a work of art.

Informacion Adicional
"Confirmation will be received at time of booking"
"Wheelchair accessible"
"Stroller accessible"
"Service animals allowed"
"Near public transportation"
"No heart problems or other serious medical conditions"
"Travelers should have a moderate physical fitness level"
"This is a private tour/activity. Only your group will participate"