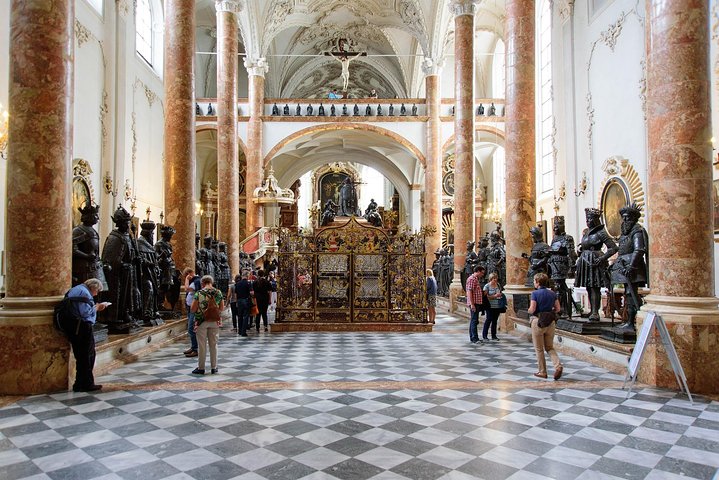 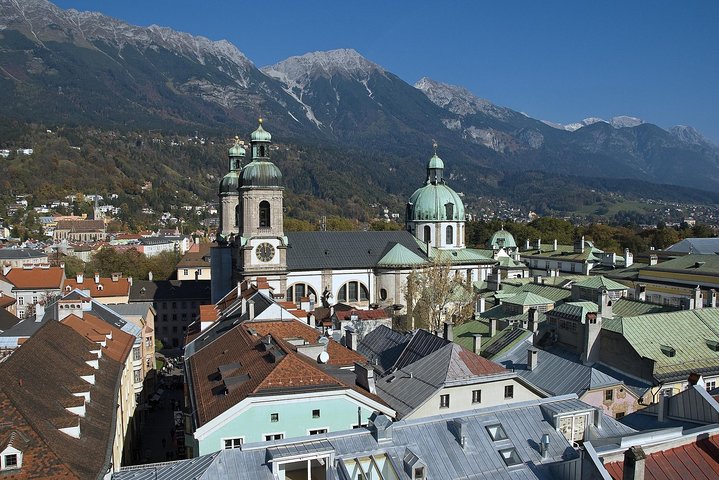 In this tour, you will see:
- A protected park located on the edge of the Altstadt.
- One of the three most significant cultural buildings in the country.
- The tomb of Andreas Hofer, Tyrol's national hero.
- One of the most venerated Marian images in the Christendom.
- The city's most famous symbol.
- The Tyrolean State Museum Ferdinandeum Society.

You will see The Hofgarten which is a protected park located on the edge of the Altstadt. The park covers an area of 10 hectares (25 acres), and borders on the Hofburg, the Kongresshaus, and the Tyrolean State Theatre.

Visit the Hofburg which is a former Habsburg palace in Innsbruck, and considered one of the three most significant cultural buildings in the country.

Visit The Hofkirche which is a Gothic church located in the Altstadt. The church was built in 1553 by Emperor Ferdinand as a memorial to his grandfather Emperor Maximilian. The church also contains the tomb of Andreas Hofer, Tyrol's national hero.

Visit the canopied tomb of Archduke Maximilian III at Dom zu St. Jakob, the 18th-century Baroque cathedral dedicated to the apostle Saint James. It was Built between 1717 and 1724, with its lavish Baroque interior, which is known for the painting Maria Hilf by Lucas Cranach the Elder. Considered one of the most venerated Marian images in the Christendom.

Then is the Goldenes Dachl which is a landmark structure located in the Old Town. It is considered as the city's most famous symbol. The Emperor and his wife used the balcony to observe festivals, tournaments, and other events that took place in the square below.

Visit The city ​​tower also known as Town Hall Tower that stands in the middle of the historic core of Innsbruck.

You will see the St. Anne's Column which stands in the city centre of Innsbruck on Maria-Theresien-Straße. It was given its name when, in 1703, the last Bavarian troops were driven from the Tyrol on St. Anne's Day, as part of the War of the Spanish Succession. In 1704, in gratitude, the Landstände vowed to build a monument commemorating the event.