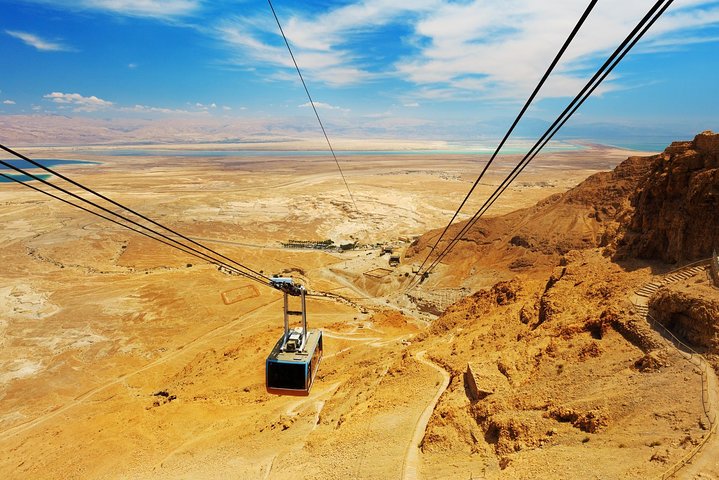 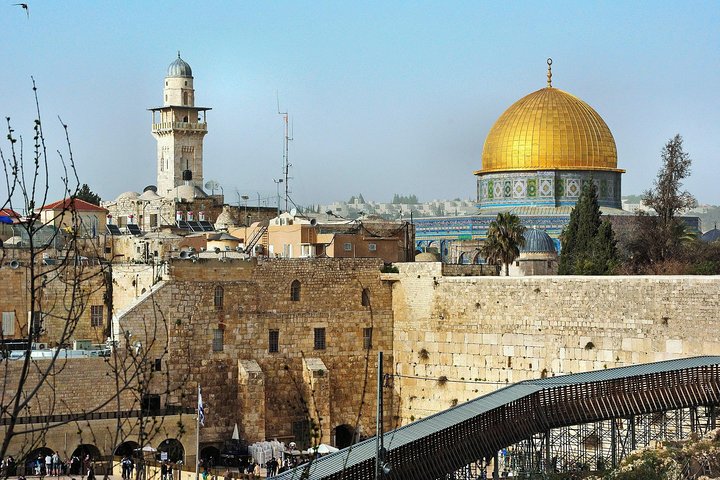 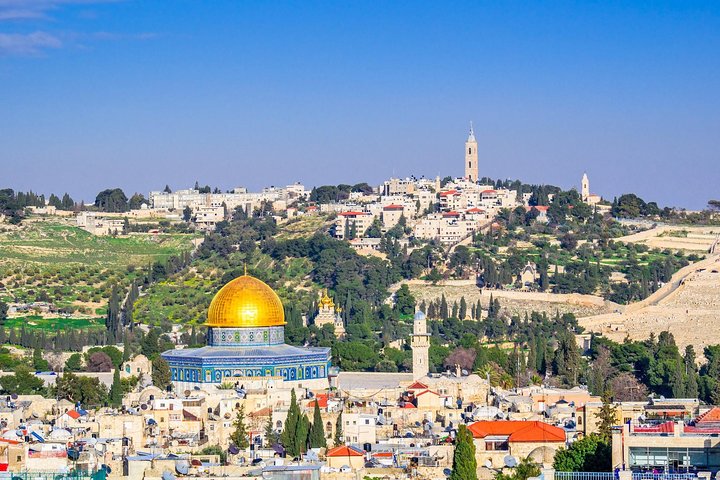 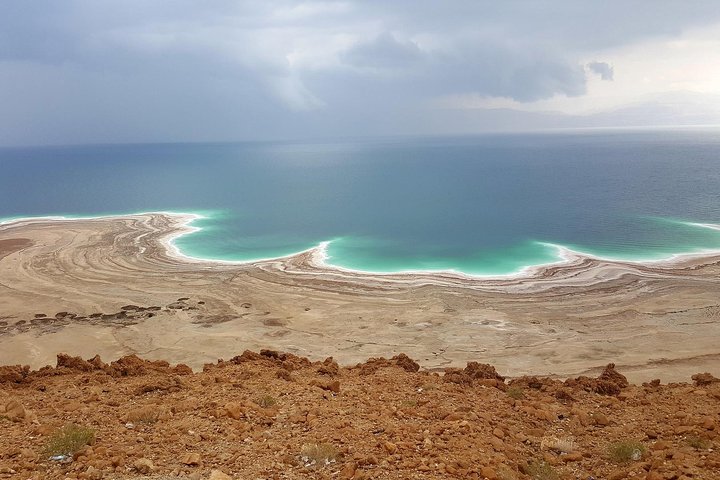 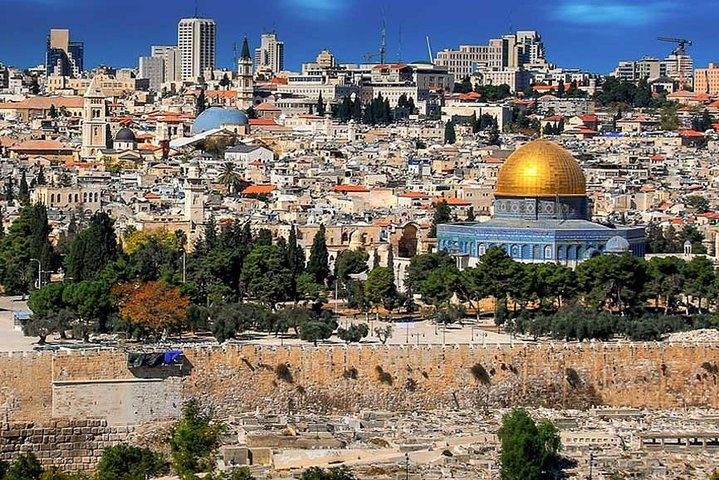 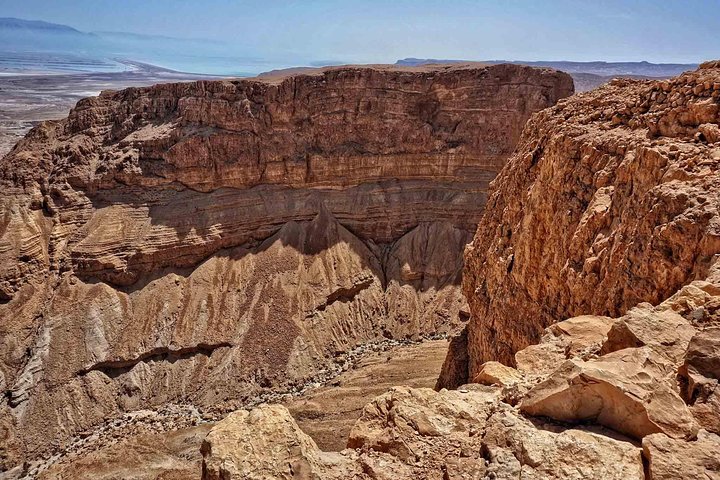 Stop At: Golan Heights Winery, Tayelet Neve 28 Industrial site Katzrin, Katzrin 12900
To head into Galilee we need to travel past Megiddo, heading through the infamous Plain of Armageddon. Despite it's name, we'll travel along and through to Galilee where we'll see some beautiful vineyards, farmlands and rolling hills, offering a great photo opportunity. We'll cross the River Jordan and start to ascend the Golan Heights through the vast and simply beautiful countryside. On our journey we'll see the Hamat Gader, a place that contains various hot springs. It's reported that these date back to the Roman era, where these springs were used to bathe in and still are to this day.

We get the chance to see some of the truly beautiful sights on our way to the Shalom Observatory as we make our travels. From within Katzrin we'll see a now excavated Jewish village dating back to the eras of Mishnah and Talmudic. Our next stop isn't far from here, where we'll head to the Golan Antiquities Museum and see some of the remarkable discoveries from the Golan. Additionally we'll see a short film depicting the ancient city of Gamla. Our last stop on the tour is the very place captured by the Israeli's in 1967 during the Six Day War, where we'll head to Mt. Bental, home to the remaining Syrian trenches which we'll spend some time exploring before heading back.
Duration: 11 hours

No meals included on this day.
Accommodation included: Overnight: Tel Aviv or Galilee

Stop At: The Church of the Annunciation, Casa Nova Street רחוב קזנובה, Nazareth Israel
We begin our tour by traveling passed Herzliya and Natanya and continue north along the coastal road parallel to the Mediterranean, we turn inland and drive through the Valley of Armageddon (Revelations 16:6), from here we can see Megiddo. On our way towards Nazareth we visit the Mt of Precipitation (Luke 4:28-30). In Nazareth we visit the Church of Annunciation which was constructed on the spot where Gabriel appeared to Mary and told her she would soon be with child (Luke 1:26). Next door we find the Church of Saint Joseph built on the site where Jesus' father, Joseph had his carpentry.

We depart Nazareth and travel to the Sea of Galilee on the way we pass Cana where Jesus turned water into wine. (John 2:1-12). At the foot of the Mount of Beatitudes we visit Capernaum on the shore of the Sea of Galilee. Here we see the home of Peter and the Church of the Multiplication. (Mark 6:30-44). We travel along the shore of the Sea of Galilee where Jesus calmed the sea and walked on water. (Mark 4:35-41, 6:45-52)Across the water we can see the Golan Heights forming a beautiful backdrop as we pass the city of Tiberias which was settled more than 2000 years ago and named after the Roman Emperor Tiberias. We reach the southern region of the Sea of Galilee where the Jordan River flows into the Sea of Galilee and where Jesus may have been baptized. Here it is possible to participate in a baptismal ceremony in the very same river that Jesus did so many years ago. (Mark 1:9-11) As we head south on our return journey we see Mount Tabor where the Transfiguration took place.
Duration: 10 hours

Stop At: Caesarea National Park, Route 2 Near Aqiva, Caesarea Israel
We leave Tel-Aviv and travel up the Mediterranean coast, on the way we pass Herzilya and Natanya before reaching our first point of interest Caesarea. The city of Caesarea was constructed under Herod and named after the Roman Emperor, Caesar. From what remains of the ancient city we can see that it was a prosperous and luxurious city. Among the archaeological excavations we can see gateways, a moat and well preserved walls and rooms. There is a perfectly preserved Roman amphitheater which is still used today for performances by Israeli and international artists. The Roman remains were preserved for centuries by the sea sand which covered and protected the stones. Next to the amphitheatre is part of what was once a hippodrome. We can see the remains of a Roman Temple which stood above the port overlooking the busy commercial ships which carried treasures from the east and the Nabatean caravans which were on route to Rome. Following the Romans the city stood neglected for centuries until the Crusaders arrived but in the years after the Crusaders the city once again sank into oblivion.

We continue driving north passing through Haifa where we stop to see the breathtaking Baha'i Shrine and gardens. The terraced gardens cascade down the mountain towards the city below, each of the 19 terraces bursts with colorful flowers and landscaped designs. Our next stop is at Rosh HaNikra, the most northerly point along Israel's Mediterranean coast. We descend by cable car into the network of limestone grottoes created by the constant bombardment of waves against the rocks. On our return journey south we stop at Acre (Akko), the largest Crusader city in the country. The city is extremely well preserved and you can't help being impressed by the incredible architecture and how it has survived. Part of the city is alive with markets and people still living in the ancient buildings. We see the walls and moat which was reconstructed and repaired by El Jazzar at the end of the 1900s. The mighty walls prevented even Napoleon conquering the city. We can see the Crusader remains, the prison used under Turkish rule and the gallows which were used under the British Mandate to hang Jews who broke the British law limiting Jewish immigration to Palestine following World War II.
Duration: 10 hours

Stop At: Masada National Park, Masada 8698000 Israel
We begin out journey by taking the route down from Jerusalem descending below sea level through the Biblical wilderness towards the Dead Sea. We'll first head to Masada on this tour, where we'll take a journey past the Inn of he Good Samaritan, leading us to our first stop just at sea level to make the most of the great photo opportunity. As we continue to head below sea level to the Dead Sea, we'll stop at our first point of the tour at Masada, where from here jump on a cable car to Herod's palace-fortress, now over 2,000 years old. Some of the structures here are truly incredible where we'll find various palaces and even an old bathhouse! Once we've explored this area we'll head onto the Dead Sea, where we'll head past the place where the Dead Sea Scrolls were first discovered, Qumran.

Once we're at the Dead Sea we'll spend the rest of the day making the most of some well earned relaxation, utilizing the Dead Sea beaches to our advantages. The sea itself has water nearly 9 times as salty as a normal ocean, which makes for the waters to be extremely buoyant. Don't forget to make the most of the free face masks, found within the mud of the Dead Sea!
Duration: 10 hours

Stop At: Western Wall Plaza Jewish Quarter, Jerusalem 97500 Israel
From the top of the Mount of Scopus you can see some truly breathtaking views of Jerusalem. Before we set off we'll admire the views, then we'll set off down the mount, passing various different landmarks inclusive of the Garden of Gethsemane, the Church of All Nations and the Kidron Valley. We'll enter the Old City via the Jewish quarter, where we'll see the many centuries old Cardo before moving to the Western Wall. At the Western Wall a tradition is to place a prayer on a piece of paper and placing it within the ancient stones of the wall, which we get the opportunity to do so before heading on. We'll then follow in the footsteps of Jesus himself and follow the Via Dolorosa which will follow the same route that he took when carrying his cross, ending at the place where Jesus was both crucified and buried, now named the Holy Sepulchre. After a lunch break, we'll head to New Jerusalem via the Old City Bazaar and drive through the modern city towards the Yad VaShem Holocaust Museum where we'll see many authentic documents and artifacts, and we'll see some photos and video testimonials of the Holocaust survivors.
Duration: 9 minutes

Informacion Adicional
"Confirmation will be received at time of booking, unless booked within 7 days of travel. In this case confirmation will be received within 48 hours, subject to availability"
"Not wheelchair accessible"
"Most travelers can participate"
"This tour/activity will have a maximum of 40 travelers"
"Face masks required for travelers in public areas"
"Face masks required for guides in public areas"
"Hand sanitizer available to travelers and staff"
"Gear/equipment sanitized between use"
"Transportation vehicles regularly sanitized"
"Guides required to regularly wash hands"
"Regular temperature checks for staff"