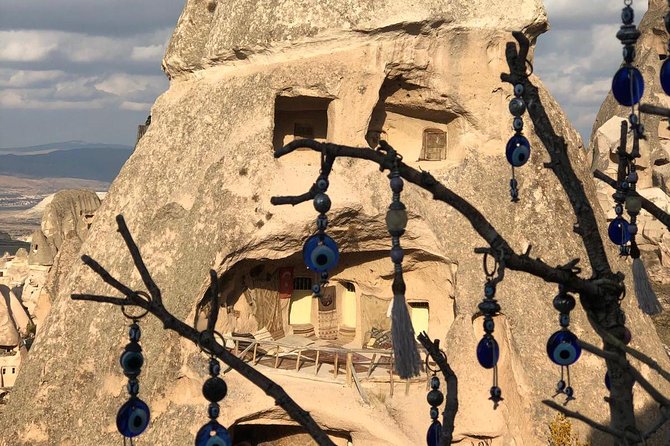 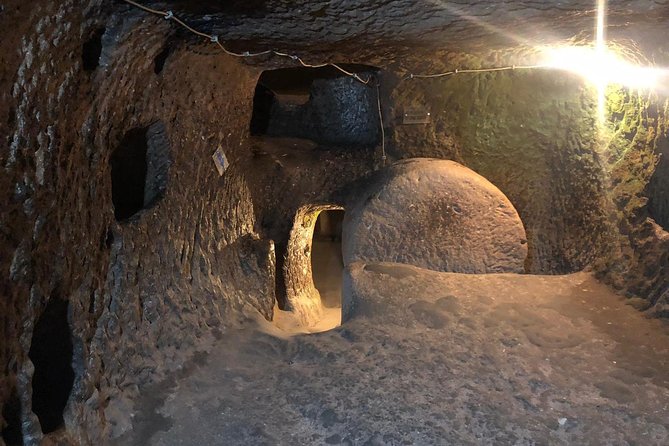 The first stop on your 8-hour tour is the Göreme Open Air Museum, which resembles a vast monastic complex. It boasts the finest of Cappadocia’s rock-cut churches.

The magnificent landscape was formed by solidified lava streams during the Neocene period. Thousands of years of erosion have created a lunar-like landscape.

Enjoy a walk through the village of Esentepe to see the natural fairy chimney formations. Visit the Pasabag Valley and see remarkable earth pillars in the middle of a vineyard.

Explore the Devrent Valley, which looks like a rock-formed zoo. Marvel at snakes, camels, seals, and dolphins and whatever else your mind chooses to make of the twisting, curving rocks.

Informacion Adicional
"Confirmation will be received at time of booking"
"Not wheelchair accessible"
"Child rate applies only when sharing with 2 paying adults"
"Children must be accompanied by an adult"
"This is a private tour/activity. Only your group will participate"