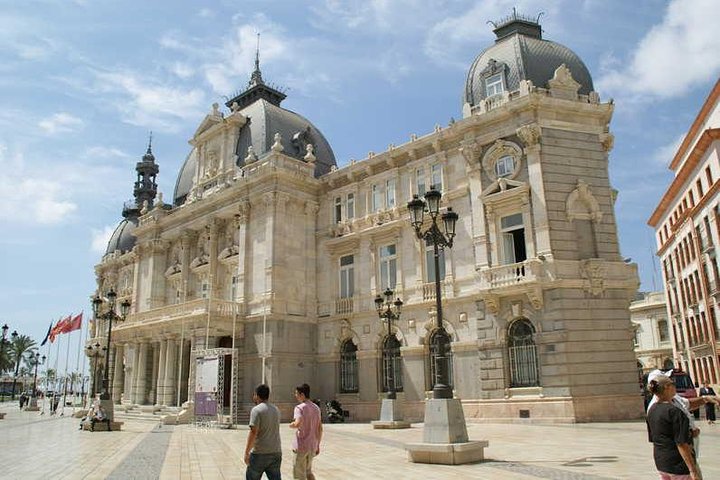 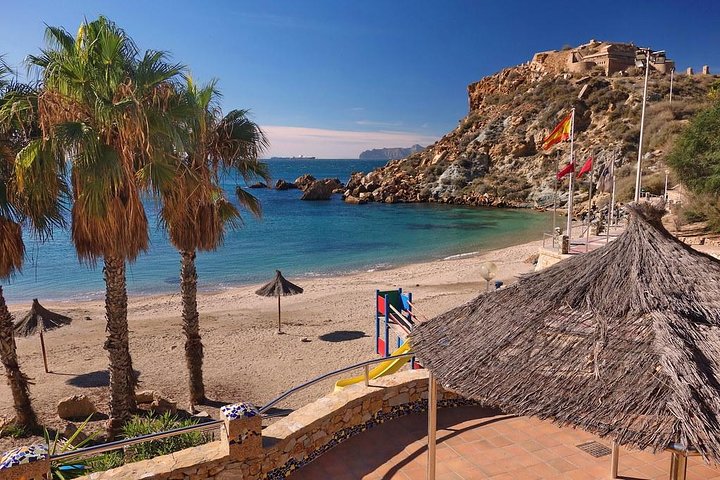 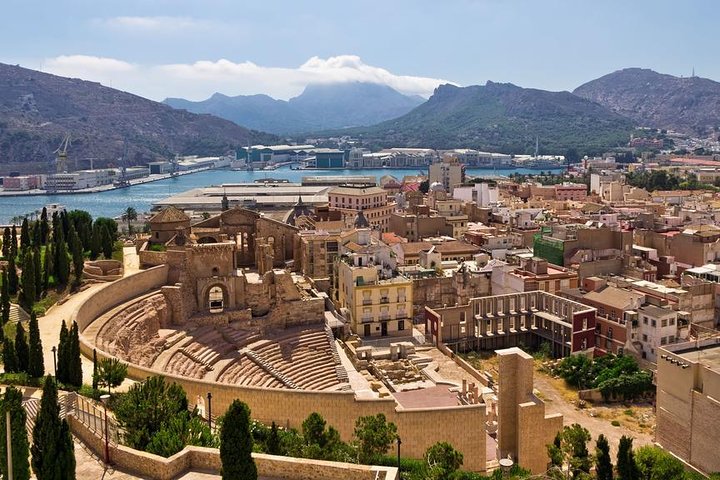 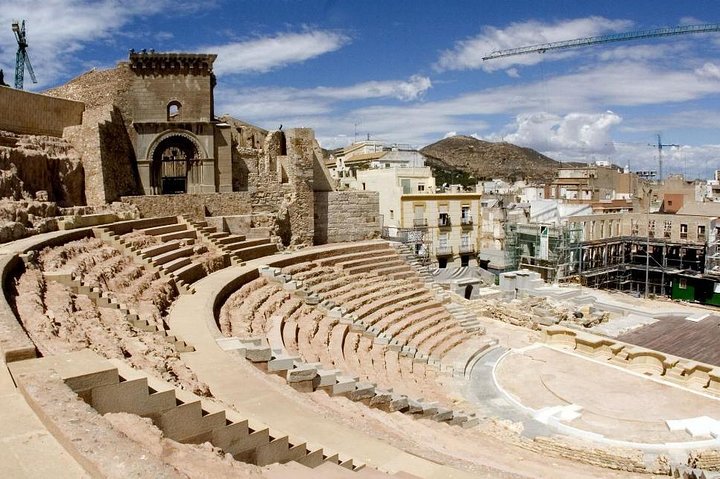 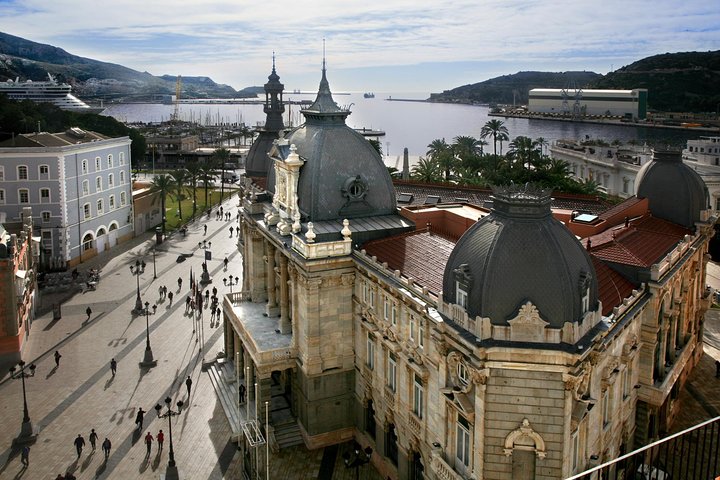 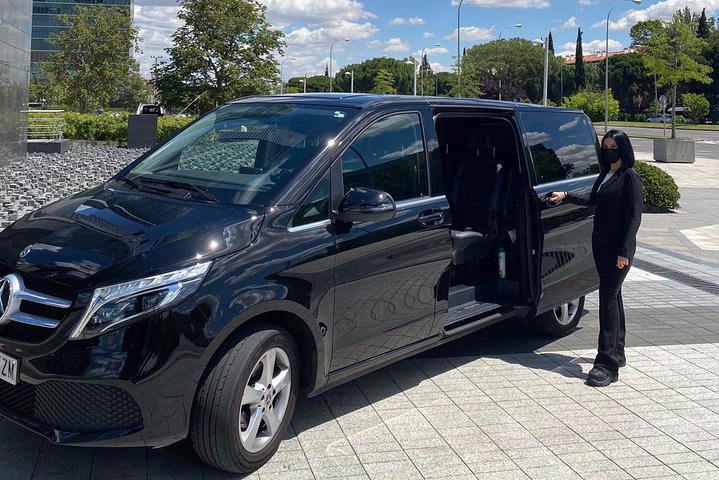 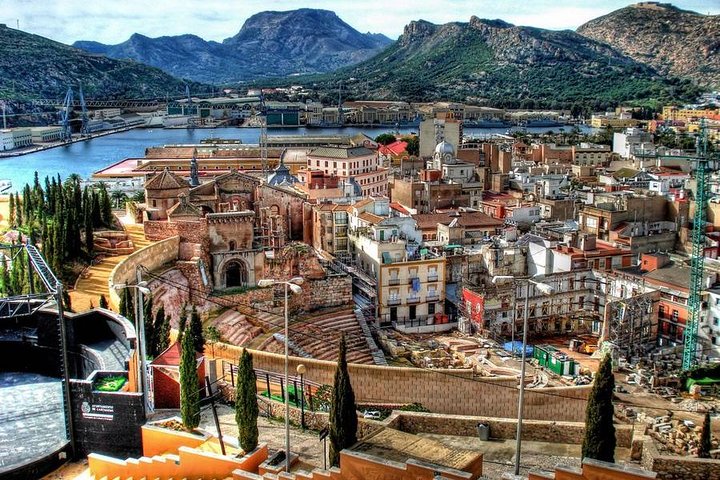 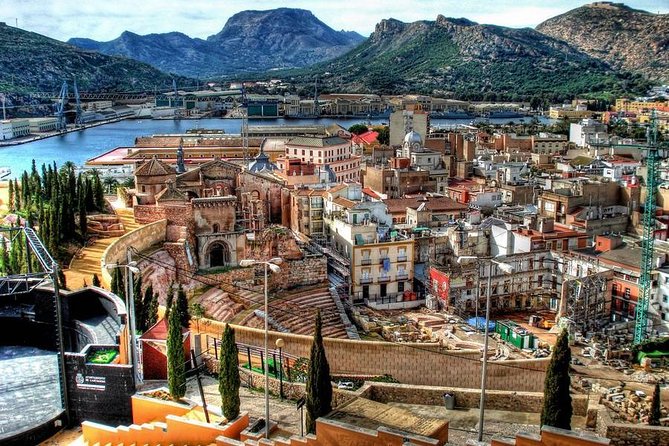 Enjoy this completely private shore excursion (or starting from your hotel in Cartagena as well) and discover this wonderful coastal town in the region of Murcia.
Don’t miss the chance to get to know this classic spanish town, which also hosts many roman archaeological places such as the theatre and the roman neighbourhood. The city also has a very beautiful modern architecture, such as the Consisorial Palace of Cartagena, which was builded between the 1900 and 1907.
Your private driver and official tour guide will be at your entire disposition during the total duration of the tour.

Cartagena's naval museum promotes knowledge of the history of the Spanish Navy, shipbuilding, nautical science and its auxiliary sciences (cosmography, cartography and instruments), the history of maritime voyages and discoveries, underwater archaeology and intangible maritime heritage.

Panoramic elevator to Torres park and exterior view of Cartagena's castle.The castle of the Conception or Asdrubal is a medieval construction of the thirteenth or fourteenth century, although built on earlier Roman and Arab buildings. From the Arab period remains standing the lantern of the castle, which served as a lighthouse

The Roman theater, built between 5 and 1 BC, had a capacity for about 7000 spectators, and was in use until the third century, from which time several buildings were superimposed. In 1988 it was exhumed. With a capacity of about 7000 spectators, it was one of the largest in Roman Hispania, excavated almost entirely in the rock. The Roman Theater Museum, designed by architect Rafael Moneo, takes visitors inside the monument, turning the Roman Theater into its last great hall.

The Consistorial Palace of Cartagena, also known as Cartagena City Hall, is one of the main modernist buildings of the city, built between 1900 and 1907.

It is a triangular building. The façade is made entirely of white marble, and the zinc domes stand out on the roof. The entire exterior is repeatedly decorated with the emblems of the city: the castle of the Conception of the coat of arms of the city, and the mural crown, awarded by the Roman general Scipio Africanus when he took the city of Carthago Nova.

The forum was located approximately under the current San Francisco square and has been partially excavated. Among the main monuments of the forum that have been found so far are:

- Temple dedicated to the Capitoline triad: Jupiter, Juno and Minerva.
- The augusteum.
- The curia, seat of the government of the colony.
- Baths and palestra of the low imperial period.
- The temple of Isis.

At the Punic Wall you will enter one of the most important episodes in the history of the Mediterranean, the Punic Wars between the Carthaginians and the Romans.

You will learn about the legendary past of Qart Hadast founded by General Asdrubal in 229 BC and its most significant site, the wall, one of the few Carthaginian remains found in Spain.

In addition, next to the wall, you can see the burial crypt of the hermitage of San Jose built in the sixteenth and seventeenth centuries. Its walls offer a very peculiar pictorial program, the Dances of Death.

The National Museum of Underwater Archaeology (ARQUA) is the institution responsible for the study, valuation, research, conservation, dissemination and protection of Spanish underwater cultural heritage.

In addition, the ARQUA is the custodian of the 'Odyssey treasure'. The collection of the frigate Nuestra Señora de las Mercedes, which consists of more than 570,000 gold and silver coins from the late eighteenth and early nineteenth centuries.

Informacion Adicional
"Confirmation will be received at time of booking"
"Not wheelchair accessible"
"Infant seats are available on request if advised at time of booking, subject to availability"
"Near public transportation"
"Infant seats available"
"Most travelers can participate"
"This is a private tour/activity. Only your group will participate"
"Regularly sanitized high-traffic areas"
"Gear/equipment sanitized between use"
"Transportation vehicles regularly sanitized"
"Guides required to regularly wash hands"
"All our tours are PRIVATE. Health measures are ensured for all our staff with daily check ups and regular sanitising of private vehicles."