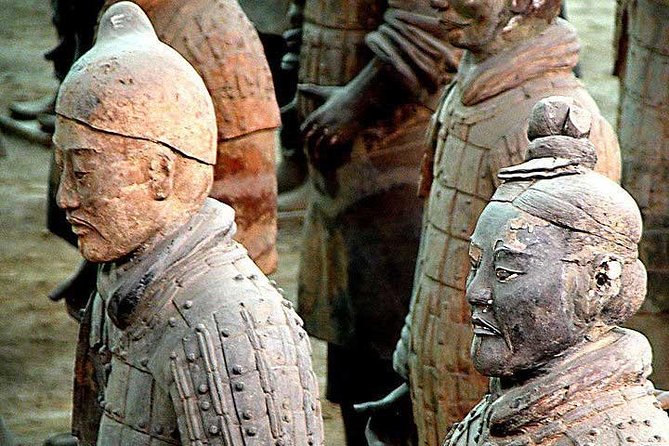 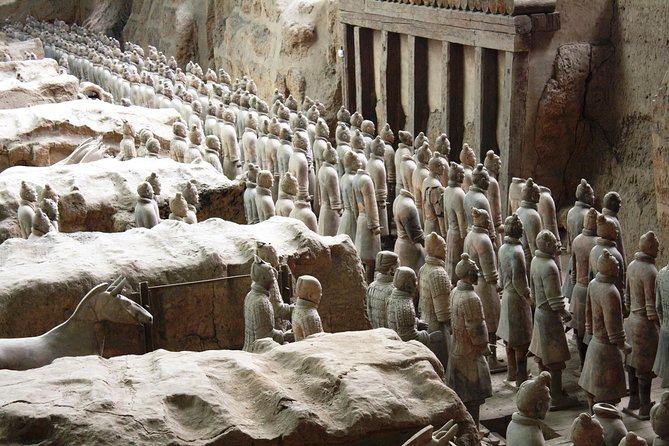 In the morning, the first stop is to the famous Terracotta Warriors and Horses Museum. In addition to visiting the pits and exhibition hall, you also have the option to go to the Circamara Theater where visitors can 'travel' back to the past. You will be able to learn so much history of Emperor Qin Shihuang as well as the discovery, repair and protection of the Terracotta warriors. A shopping center nearby also provides visitors with copies of the warriors, horses and chariots as souvenirs.

After lunch at a local restaurant, in the afternoon you will visit the Giant Wild Goose Pagoda that is considered a symbol of the ancient capital of Xi'an. It lies on the Da Cien Temple in the southern surburb of Xi'an City. It was originally built in 652 during the reign of Emperor Gaozong in the Tang Dynasty to collect Buddhist materials that were taken from India by the hierarch Xuanzang.

Finally, we will visit Xi'an City Wall - China’s best-preserved City Wall built in the early Ming Dynasty (1368-1644). There are total 98 ramparts on the wall and every 120 meters you can see one rampart extending out from the main wall. They were built to defend against the enemy climbing up the wall before returning to your hotel in Xi'an.

Informacion Adicional
"Confirmation will be received within 48 hours of booking, subject to availability"
"Infants must sit on laps"
"This is a private tour/activity. Only your group will participate"