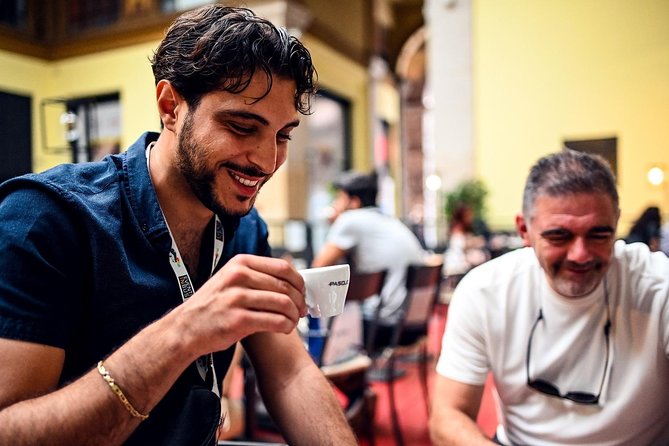 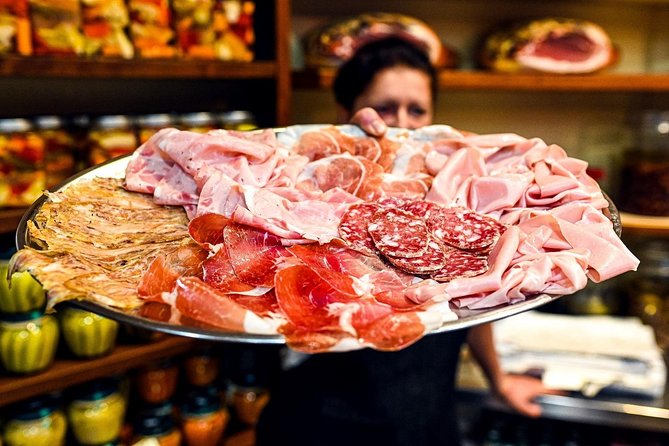 The tour starts at exactly 11:00 AM. We will send you the meeting place details before the day of the tour. Our culinary tour lasts for 4 hours, and each one involves some walking, so be sure to bring comfortable footwear. Your guide will stay with you throughout the tour, and you can make requests about special dietary requirements such as any food allergies or foods you prefer to avoid eating.

Please note that we are not able to offer any gluten-free or vegan option yet.

A minor basilica and church of the Archdiocese of Bologna. The basilica is dedicated to the patron saint of the city, Saint Petronius, who was the bishop of Bologna in the fifth century.

One of the most important buildings in the city of Bologna; once the main building of the University of Bologna, it currently houses the Archiginnasio Municipal Library and the Anatomical Theatre.

a monumental civic fountain located in the eponymous square, Piazza del Nettuno, next to Piazza Maggiore, in Bologna.

A group of medieval structures in Bologna, Italy. These are the most prominent ones, known as the Two Towers, are the landmark of the city.

A historical center area in Bologna

A theme park dedicated to the agri-food sector and gastronomy , one of the largest in the world of its kind, located in the former spaces of the Bologna agri-food center.

Informacion Adicional
"Confirmation will be received at time of booking"
"Not wheelchair accessible"
"We strongly advise wearing comfortable walking shoes to all of our guests. Our tour runs a little over 3 hours."
"Due to the nature of creating a well balanced and thoughtful gastronomy experience, many of our tours are unable to accommodate certain dietary restrictions. Please contact us prior to booking your tour to see if we are able to accommodate your dietary needs."
"Near public transportation"
"Infants must sit on laps"
"Not recommended for travelers with back problems"
"No heart problems or other serious medical conditions"
"Travelers should have a moderate physical fitness level"
"This tour/activity will have a maximum of 10 travelers"
"Face masks required for travelers in public areas"
"Face masks required for guides in public areas"
"Hand sanitizer available to travelers and staff"
"Social distancing enforced throughout experience"