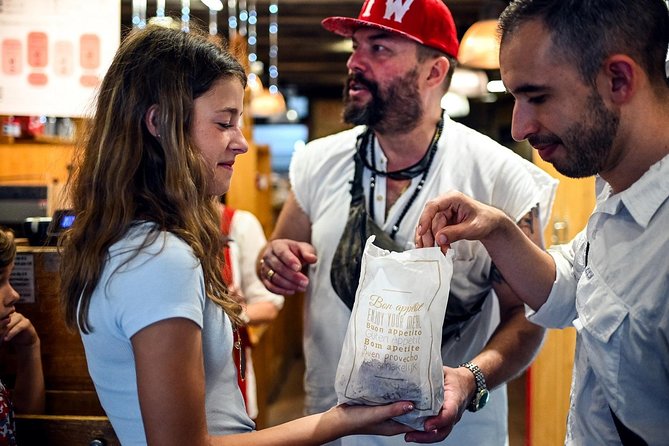 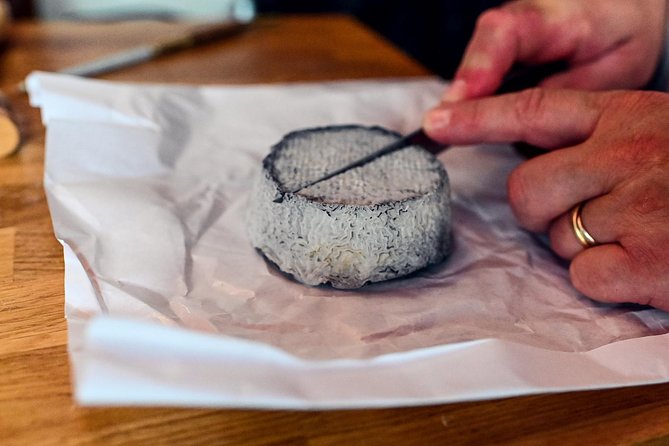 Enjoy on a three-hour French gastronomy tour in the stunning Montmartre district. Sample food and wine during a professional tour of the city with an experienced guide. Take in the culture and cuisine while exploring eateries and shops through the eyes of a Parisian.

BE CAREFUL! Our tour in Montmartre Area leaves from 2 different meeting spots depending on the schedule: read the following info carefully and email us in case you have any doubt!

The guide will have an orange umbrella and there is only one metro exit so it's easy to spot.

Roman Catholic church and minor basilica, dedicated to the Sacred Heart of Jesus, in Paris, France. A popular landmark and the second most visited monument in Paris, the basilica stands at the summit of the butte Montmartre, the highest point in the city.

It is the largest collection of stores in the Paris region dedicated to fabrics of all kinds. Located in the northern part of Paris, in the 18th Arrondissement

A square in the 18th arrondissement of Paris, France which was opened to the public in 1635 as Montmartre village central square. Once frequented by many of Paris's greatest artists, today with its many artists setting up their easels each day for the tourists, the Place du Tertre is a reminder of the time when Montmartre was the mecca of modern art.

A cabaret in Paris, France co-founded in 1889 by Charles Zidler and Joseph Oller. Today, the Moulin Rouge is a tourist attraction, offering musical dance entertainment for visitors from around the world.

Informacion Adicional
"Confirmation will be received at time of booking"
"Children must be accompanied by an adult"
"Minimum drinking age is 18 years"
"The tour isn't accessible for person in wheelchair and with reduced mobility."
"This tour/activity will have a maximum of 10 travelers"