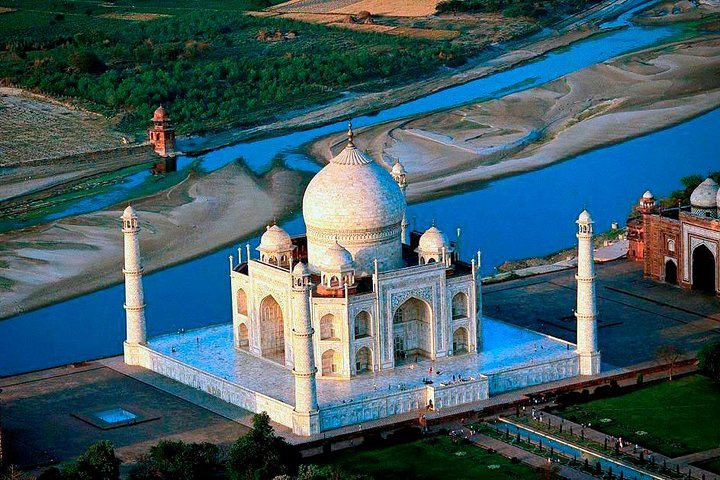 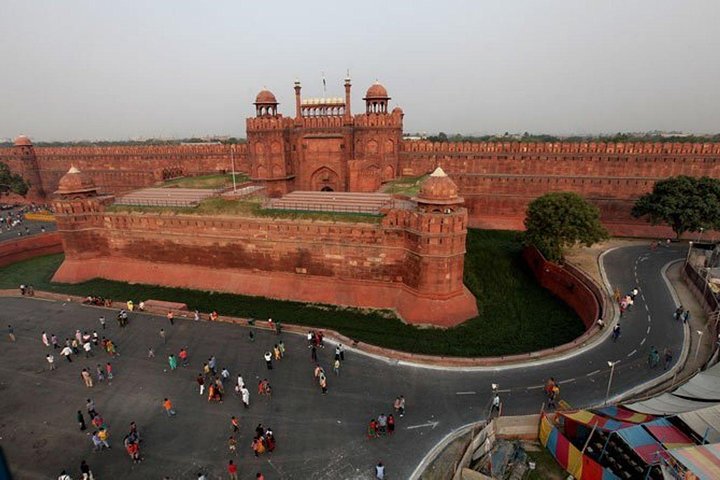 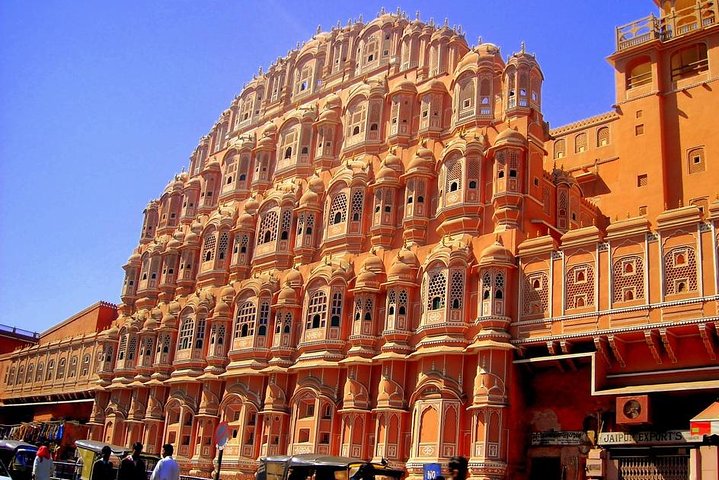 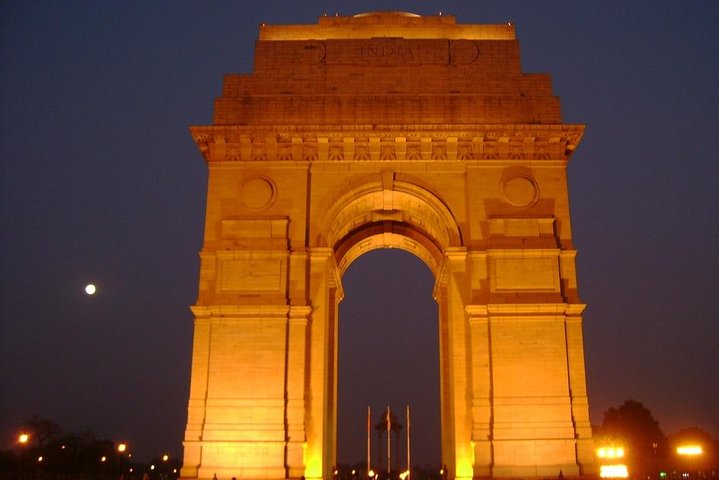 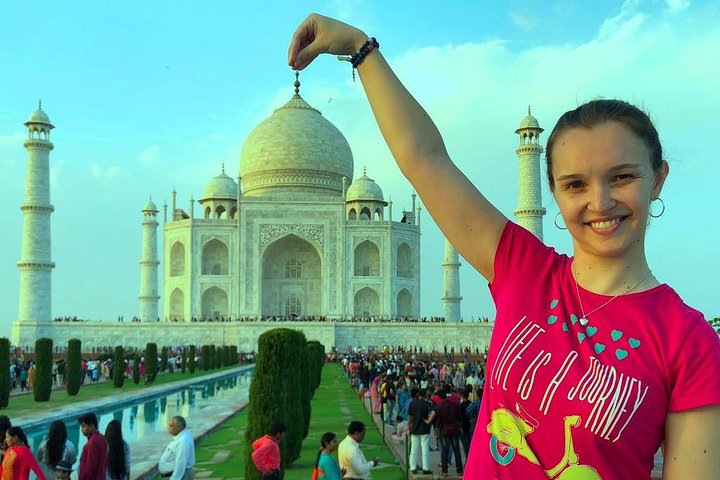 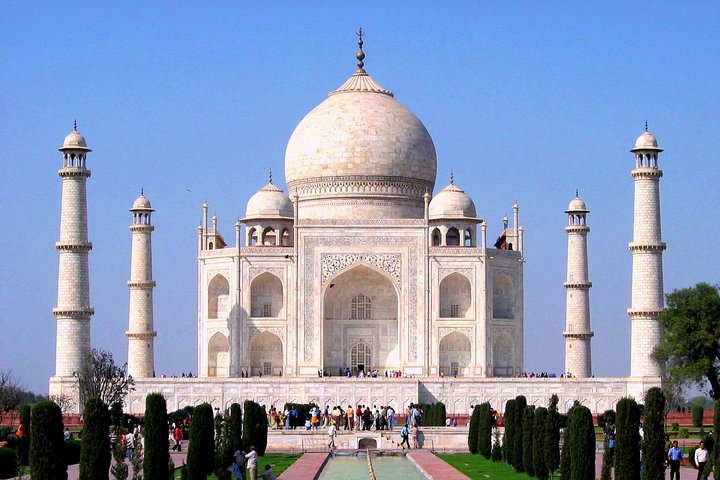 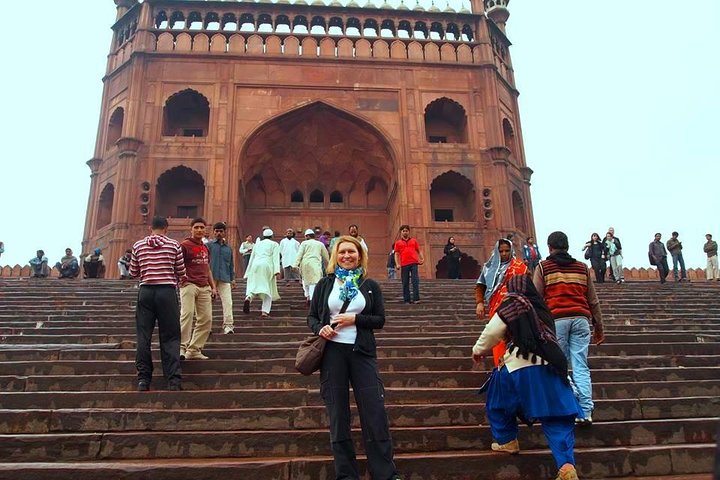 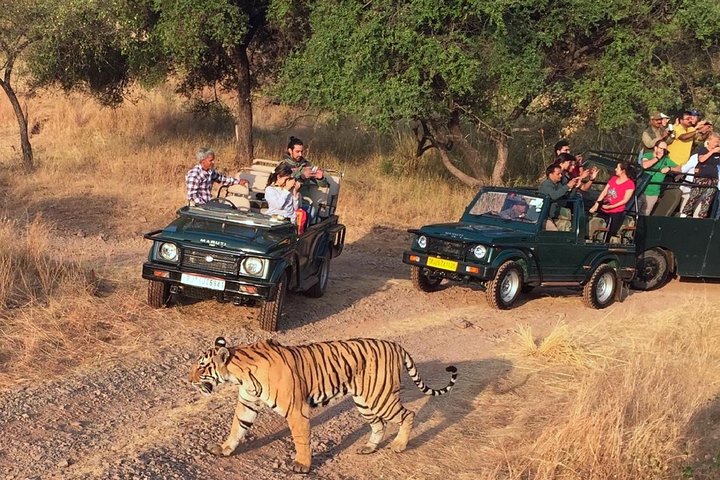 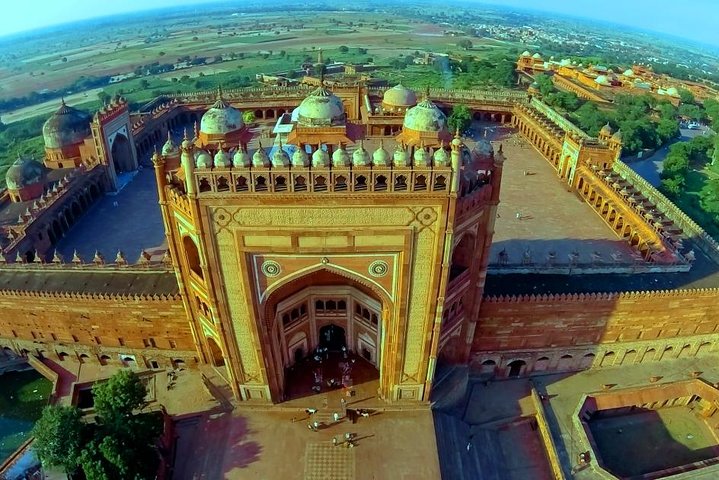 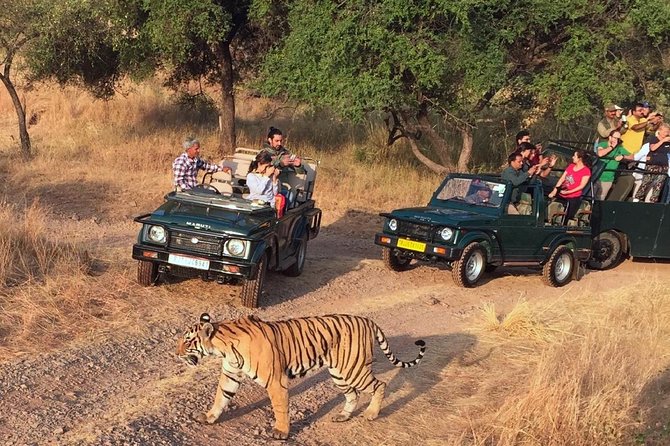 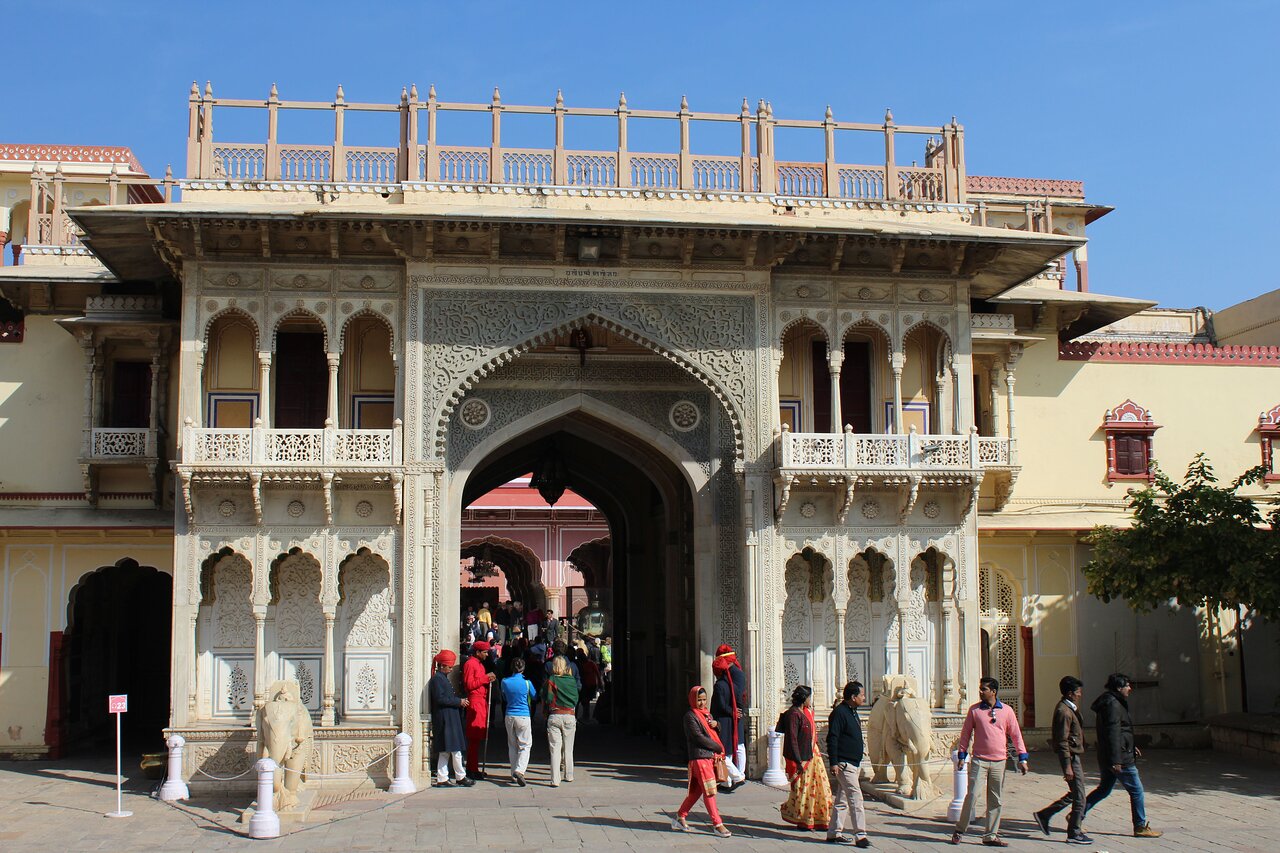 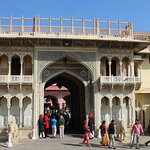 Golden Triangle tour is the landmark of cultural tours of India and gets even more exciting when you visit Ranthambore. The Tour to India is incomplete without visiting Agra for the Taj Mahal, one of the Wonders of the World. Symbolizing India further, the Golden Triangle tour takes you to Jaipur to get the feel of real essence of royal and colorful India. This Golden Triangle tour makes you understand the Indian culture, tradition and warmness of its hospitality with friendly touch.

Day 1: Delhi-Arrival.Up on Arrival at Delhi Airport meet and greet by our representative and transfer to Hotel

Pass By: New Delhi, New Delhi, National Capital Territory of Delhi
Up on Arrival At Delhi Airport will meet and great by Our Representative and transfer to Hotel.Night Stay in Delhi at Hotel

Stop At: City Palace of Jaipur, Tripolia Bazar Near Jantar Mantar, Jaipur 3023002 India
The City Palace was established at the same time as the city of Jaipur, by Maharaja Sawai Jai Singh II, who moved his court to Jaipur from Amber, in 1727. Jaipur is the present-day capital of the state of Rajasthan, and until 1949 the City Palace was the ceremonial and administrative seat of the Maharaja of Jaipur.
Duration: 1 hour

Stop At: Jantar Mantar - Jaipur, Tripoliya Bazaar near entrance to City Palace, Jaipur 302020 India
The Jantar Mantar monument in Jaipur, Rajasthan is a collection of nineteen architectural astronomical instruments built by the Rajput king Sawai Jai Singh II, and completed in 1734. It features the world's largest stone sundial, and is a UNESCO World Heritage site. It is located near City Palace and Hawa Mahal.
Duration: 1 hour

Stop At: Hawa Mahal - Palace of Wind, Hawa Mahal Tripolia Bazaar Road Badi Choupad, J.D.A. Market, Pink City, Jaipur 302002 India
Hawa Mahal is a palace in Jaipur, India. It is constructed of red and pink sandstone. The palace sits on the edge of the City Palace, Jaipur, and extends to the zenana, or women's chambers. The structure was built in 1799 by Maharaja Sawai Pratap Singh.
Duration: 1 hour

Stop At: Amber Palace, Devisinghpura, Amer, Jaipur 302001 India
Amer Fort is a fort located in Amer. Amer is a town with an area of 4 square kilometres located 11 kilometres from Jaipur, the capital of Rajasthan. Located high on a hill, it is the principal tourist attraction in Jaipur
Duration: 3 hours

Stop At: Nahargarh Fort, Nahar Garh Road, Jaipur 302002 India
Nahargarh Fort stands on the edge of the Aravalli Hills, overlooking the city of Jaipur in the Indian state of Rajasthan. Along with Amer Fort and Jaigarh Fort, Nahargarh once formed a strong defense ring for the city.
Duration: 2 hours

Pass By: Jal Mahal, Amer Road, Jaipur 302002 India
Jal Mahal is a palace in the middle of the Man Sagar Lake in Jaipur city. The palace and the lake around it were renovated and enlarged in the 18th century by Maharaja Jai Singh II of Amber.

Stop At: Ranthambore Tiger Reserve, Sheopur - Sawai Madhopur Road Near Madina Hotel, Ranthambore National Park 322001 India
Ranthambore National Park is a vast wildlife reserve near the town of Sawai Madhopur in Rajasthan, northern India. It is a former royal hunting ground and home to tigers, leopards and marsh crocodiles. Its landmarks include the imposing 10th-century Ranthambore Fort, on a hilltop, and the Ganesh Mandir temple. Also in the park, Padam Talao Lake is known for its abundance of water lilies.
Duration: 5 hours

Stop At: Fatehpur Sikri, Fatehpur Sikri, Agra District, Uttar Pradesh
Fatehpur Sikri is a small city in northern India, just west of Agra, founded by a 16th-century Mughal emperor. Red sandstone buildings cluster at its center. Buland Darwaza gate is the entrance to Jama Masjid mosque. Nearby is the marble Tomb of Salim Chishti. Diwan-E-Khas hall has a carved central pillar. Jodha Bais Palace is a mix of Hindu and Mughal styles, next to the 5-story Panch Mahal that overlooks the site.
Duration: 2 hours

Day 6: Agra-Sightseeing-Delhi.Today enjoy the City tour of Agra then later drive to Delhi for Night Stay.

Stop At: Taj Mahal, Dharmapuri, Forest Colony, Tajganj, Agra 282001 India
Early Morning before breakfast at Sunrise Visit the the Taj Mahal, a UNESCO World Heritage site at sunrise. This white-marble world wonder was built by a great emperor in memory of his beloved Wife. later come back to hotel for breakfast.
Duration: 2 hours

Stop At: Agra Fort Rakabgani, Agra 282003 India
after check our from hotel visit the imposing Agra Fort (another UNESCO World Heritage site), built by Emperor Akbar in 1565 CE. This huge fort is made of red sandstone and features elegant buildings.
Duration: 1 hour

Stop At: Tomb of Itimad-ud-Daulah, Yamuna River, Agra 282001 India
I'timad-ud-Daulah is often regarded as a draft of the Taj Mahal.Later Enjoy the Agra Bazaar tour which is known for its fabulous handicrafts, made of marble and soft-stone inlay work. The Mughals were great patrons of arts and crafts. Empress Nur Jahan took personal interest and was an accomplished artist herself in zari embroidery work. Agra's major handicraft products besides inlay work are leather-ware, brass-ware, carpets, jewelry and embroidery work. Late Afternoon Drive back to Delhi.
Duration: 1 hour

Day 7: Delhi-Sightseeing.Morning after breakfast enjoy the Sightseeing tour of Delhi.later you will be transfer to Airport.

Stop At: Friday Mosque (Jama Masjid), 6 km North of Connaught Pl. across from Lal Qila, New Delhi India
The Masjid-i Jahān-Numā, commonly known as the Jama Masjid of Delhi, is one of the largest mosques in India. It was built by Mughal Emperor Shah Jahan between 1644 and 1656 at a cost of 1 million rupees, and was inaugurated by an Imam from Bukhara, present-day Uzbekistan.
Duration: 1 hour

Stop At: Red Fort, Netaji Subhash Marg, New Delhi 110002 India
The Red Fort is a historic fort in the city of Delhi. It was the main residence of the emperors of the Mughal dynasty for nearly 200 years, until 1856. It is located in the centre of Delhi and houses a number of museums
Duration: 1 hour

Stop At: Raj Ghat, Mahatma Gandhi Road, New Delhi 110002 India
Raj Ghat is a memorial dedicated to Mahatma Gandhi in Delhi, India. Originally it was the name of a historic ghat of Old Delhi. Close to it, and east of Daryaganj was Raj Ghat Gate of the walled city, opening at Raj Ghat to the west bank of the Yamuna River. Later the memorial area was also called Raj ghat
Duration: 30 minutes

Stop At: Lotus Temple Rd, Bahapur, Shambhu Dayal Bagh, Kalkaji Near Kalkaji Temple, East of Nehru Place, New Delhi 110019 India
The Lotus Temple, located in Delhi, is a Bahá'í House of Worship that was dedicated in December 1986. Notable for its flowerlike shape, it has become a prominent attraction in the city. Like all Bahá'í Houses of Worship, the Lotus Temple is open to all, regardless of religion or any other qualification.
Duration: 1 hour

Informacion Adicional
"Confirmation will be received at time of booking"
"A current valid passport is required on the day of travel"
"Infants must sit on laps"
"Child rate applies only when sharing with 2 paying adults"
"Passport name, number, expiry and country is required at time of booking for all participants"
"Comfortable walking shoes are recommended"
"Minimum numbers apply. There is a possibility of cancellation after confirmation if there is not enough passengers to meet requirements. In the event of this occurring, you will be offered an alternative or full refund"
"If you will not be arriving at your destination within the specified reconfirmation period, please reconfirm with the local service provider prior to travel, or upon arrival at your destination. Please note that departure times and locations may vary slightly."
"A current valid passport is required on the day of travel"
"Ranthambore national park will be closed for some time from 1st-July till 30-September (it is depend on weather if the weather is Good then it will be Open)"
"Not wheelchair accessible"
"Near public transportation"
"Most travelers can participate"
"This is a private tour/activity. Only your group will participate"
"Face masks required for travelers in public areas"
"Face masks required for guides in public areas"
"Face masks provided for travelers"
"Hand sanitizer available to travelers and staff"
"Social distancing enforced throughout experience"
"Gear/equipment sanitized between use"
"Transportation vehicles regularly sanitized"
"Guides required to regularly wash hands"
"Regular temperature checks for staff"
"Temperature checks for travelers upon arrival"
"Paid stay-at-home policy for staff with symptoms"
"Proof of COVID-19 vaccination required for travelers"
"COVID-19 vaccination required for guides"

Duración: 7 Days
Lugar de comienzo: Traveler pickup is offered
this tour includes free pickup from Hotel,Airport or the place suggest by traveler with in Delhi.