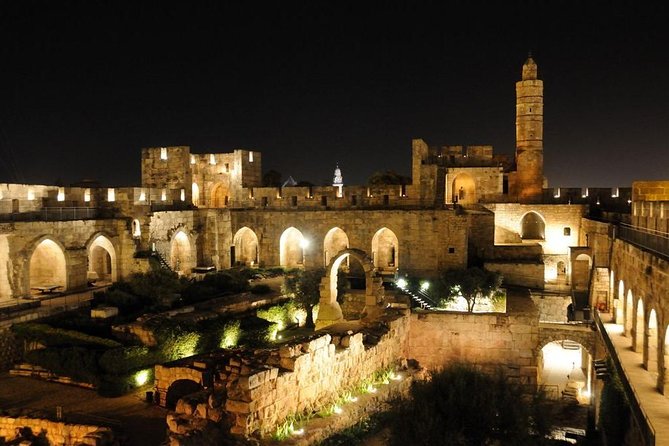 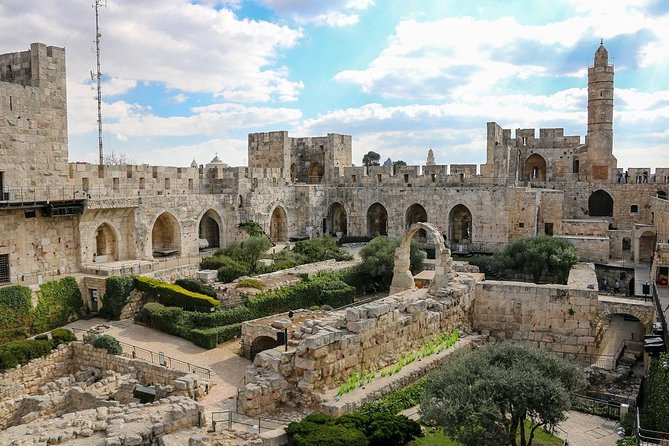 The Tower of David Museum of the History of Jerusalem is located in the medieval citadel known as the Tower of David, near the Jaffa Gate. The Museum presents Jerusalem’s story. It details the major events in its history beginning with the first evidence of a city in Jerusalem in the second millennium BCE, until the city became the capital of the State of Israel. Through the history of the city, visitors discover its significance to three largest monotheistic religions. The permanent exhibition illustrates the city’s history along the axis of time using models, dioramas, film and includes explanations in Hebrew, Arabic and English.The Citadel itself is a fascinating archaeological site. The finds uncovered within are a testimony to Jerusalem’s eventful past and produce a representation of Jerusalem and its various historical periods in microcosm.  The Citadel’s towers offer a 360-degree view of the Old City of Jerusalem as well as the city’s modern areas.

The Tower of David is an historical museum which presents the story of Jerusalem using diverse illustrative techniques. The exhibit is located in the medieval guardrooms of Jerusalem’s citadel and stands at the entrance to the Old City.

The exhibition presents the main events of the city’s history in chronological sequence, beginning with the first evidence of the existence of a city in the second millennium BCE and ending with Jerusalem becoming the capital of the State of Israel.

Become immersed in the 3000 year history of Jerusalem and walk through the rooms of the ancient citadel on an exploration of Jerusalem’s past until modern day.

From the heights of the towers of the Citadel one has a breathtaking 360 degree view of Jerusalem: the Old City and the New City, the Four Quarters, the new neighborhoods, the Mount of Olives, Mount Scopus, the Judean Desert and the Dead Sea in the distance.