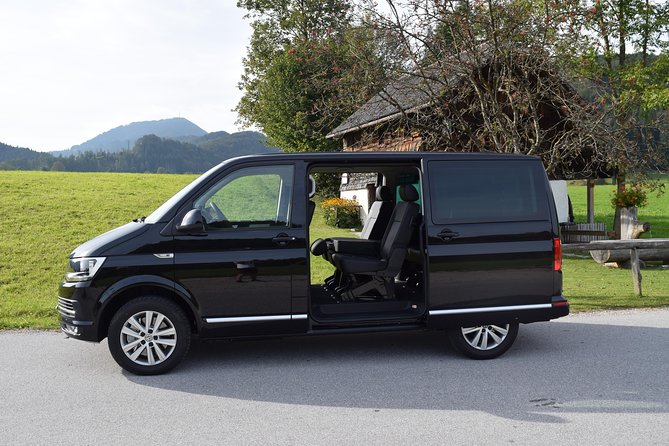 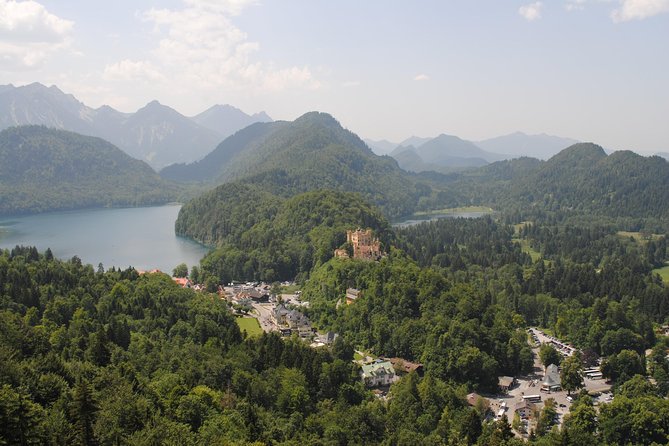 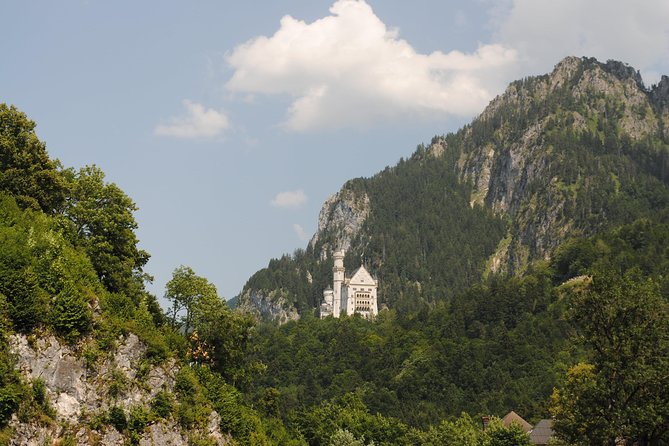 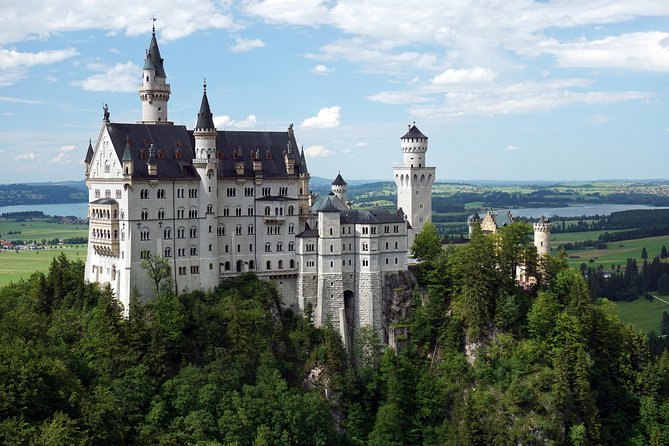 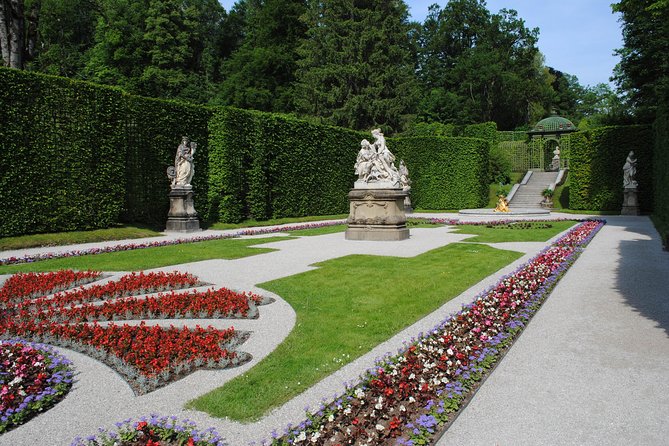 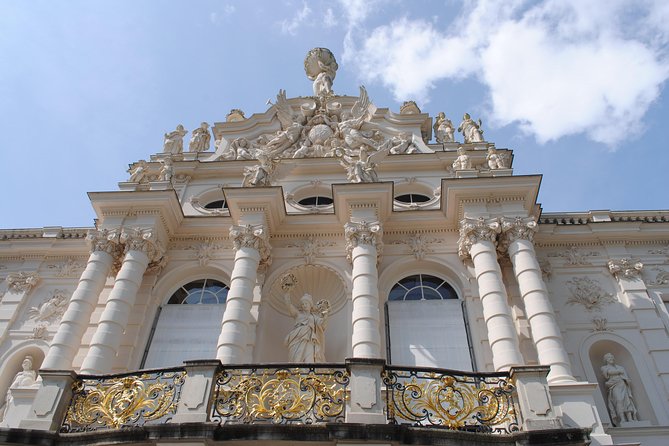 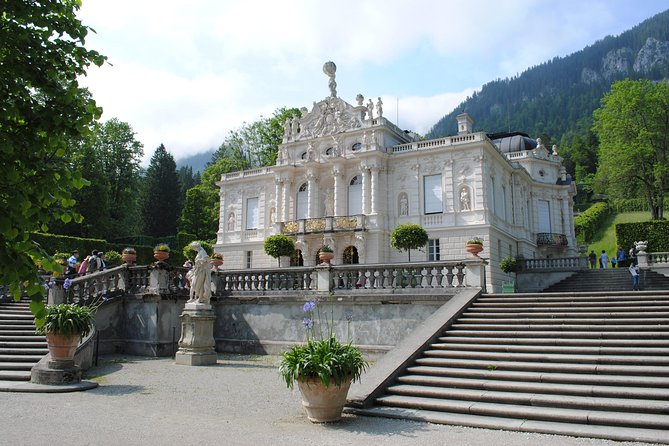 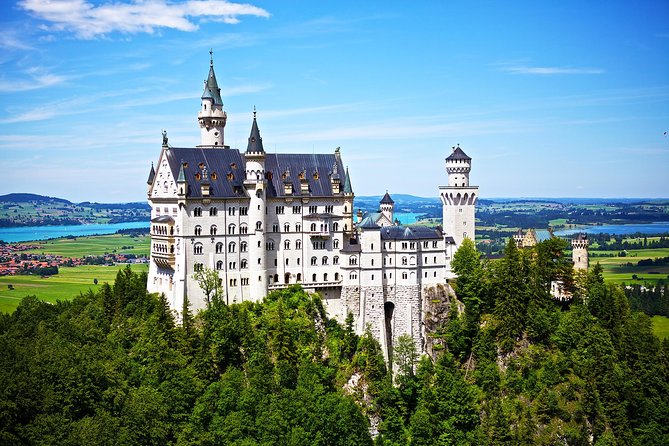 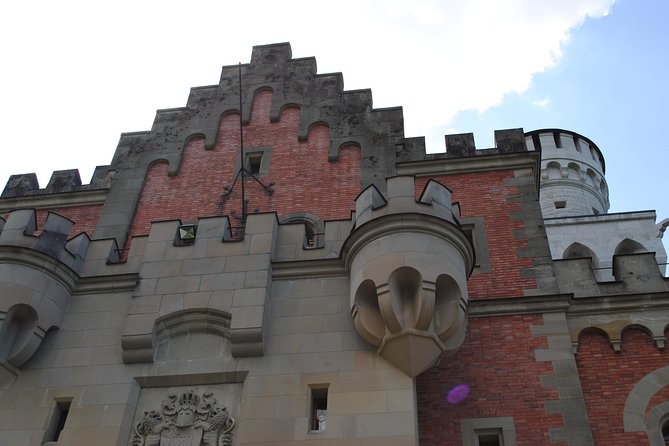 Neuschwanstein Castle and Linderhof Palace are considered among Bavaria’s top attractions, but organizing transportation to visit independently from Salzburg isn’t easy. On this private tour, begin with pickup at your Salzburg hotel and explore both castles in a day. Gain insight into the life of colorful Bavarian King Ludwig II, and customize your itinerary to your own preferences—with round-trip travel from Salzburg or hotel drop-off in Munich or Innsbruck.
• Visit Neuschwanstein Castle and Linderhof Palace in one day from Salzburg
• Learn of the life and times of Bavarian King Ludwig II
• Avoid difficulties organizing transportation independently
• Pickup and drop-off at your Salzburg hotel, or drop-off in Munich or Innsbruck

The tour to King Ludwig's Royal Castles begins at your Hotel in Salzburg. Meet and greet your private guide and hop on board of your luxury private vehicle. It's a drive of 3 hours through typical Bavarian landscape and partly even on the famous Romantic Road from Salzburg to Mad Ludwig Castle Neuschwanstein.

Arriving at Mad Ludwig Castle Neuschwanstein your private local guide will first organize skip the line tickets. One of the highlights of this 19th century Romanesque Revival Castle is its location on a rock formation which is just breathtaking. Get the best views of the castle and the alpine foothills with lakes from Mary’s Bridge. The english tour of the Castle will take about 40 minutes. Ludwig II = "Mad" King Ludwig ruled Bavaria for 23 years until his death in 1886 at the age of 41. Rather than deal with politics in the Bavarian capital Munich, Ludwig frittered away most of his time at his family´s hunting palace, Hohenschwangau. He spent most of his adult life constructing his fanciful Neuschwanstein castle - much like a kid builds a tree house on a neighboring hill. The entire time at Neuschwanstein will be 2 1/2 to 3 hours.

After touring Neuschwanstein Castle, travel in about 1 hour drive along Plansee Lake to Castle Linderhof, another Mad Ludwig Castle.

At Castle Linderhof you will have about 30 minutes to get great pictures of the castle and its beautiful park. It is only a 5 minute walk from the car park to the castle.

After a day filled with spectacular Bavarian Alps scenery, world famous King Ludwig II Castles Neuschwanstein and Linderhof the tour will conclude with drop-off at your Salzburg Hotel. You will find a tour option with tour end either in Munich or Innsbruck at the checkout.

Informacion Adicional
"Confirmation will be received at time of booking"
"Wheelchair accessible"
"A maximum of 7 people per booking"
"This is a private tour/activity. Only your group will participate"

Hora de Inicio: 8:00 AM
Duración: 12 Hours
Lugar de comienzo: Traveler pickup is offered
We will pick you up from any hotel in the city of Salzburg.