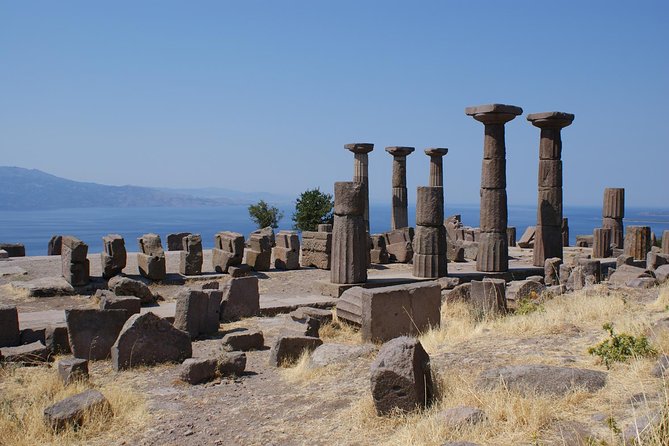 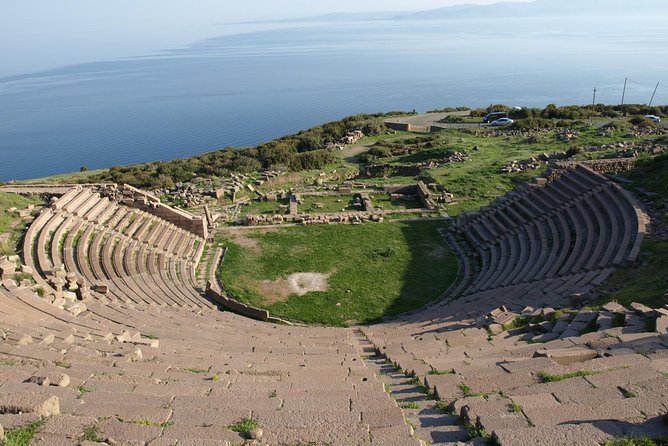 The city with spectacular views of the Temple of Athena.

The ancient city of Assos was founded in the 6th century BC. Assos was home of a philosophy school by living a time of Aristotle. The highest point in the city's name to the temple of Athena, is the daughter of Zeus and one of the 12 gods of Olympos. The Temple of Athena which the first and only Doric temple built in Anatolia, also attracts attention with its outstanding views.

Assos is also the period of the ancient Roman theater, the agora, the necropolis (cemetery) and the walls can be seen.

08.00 Pick up from your hotel in Canakkale

The tour proceeds to the ancient city of ASSOS visiting:

Temple of Athena ( was constructed during the 6th century B. C. Besides )

Lunch at a local restaurant

( constructed during Ottoman Sultan Murat ( the first ) during 14th century.

Drop of at your hotel