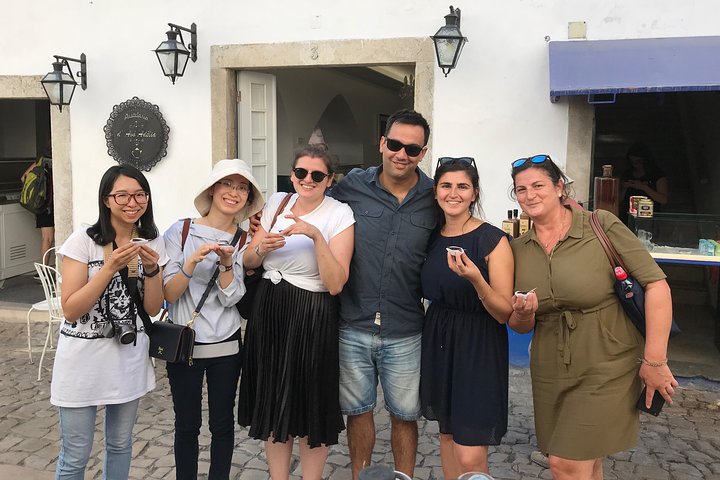 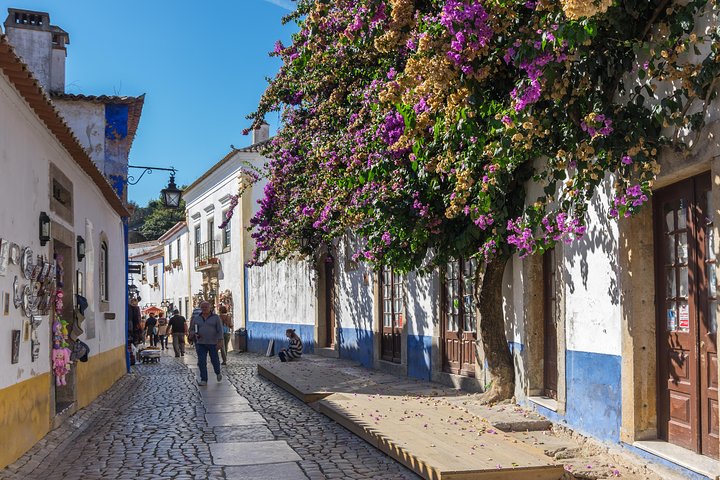 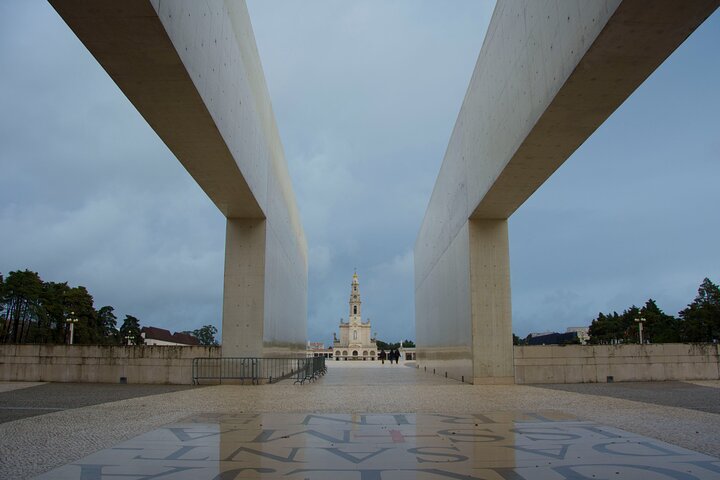 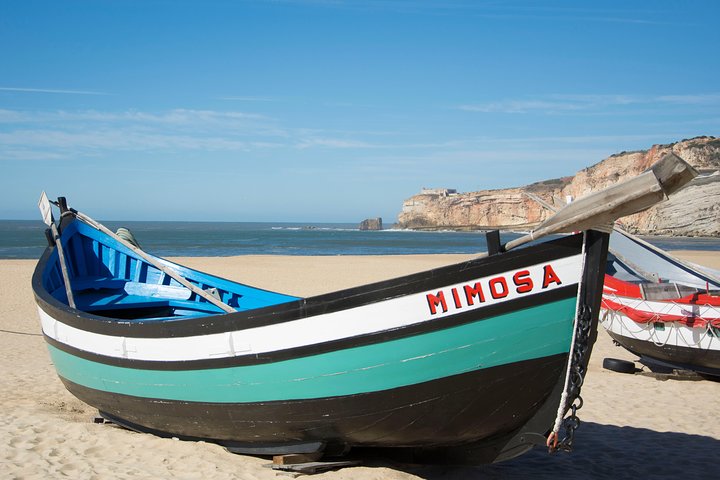 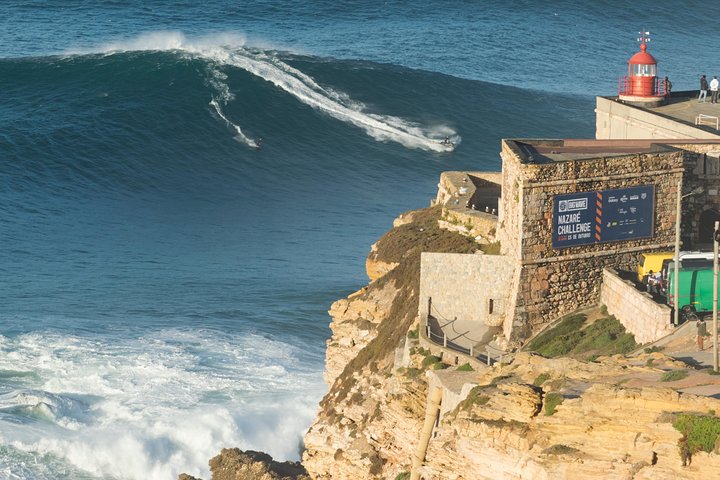 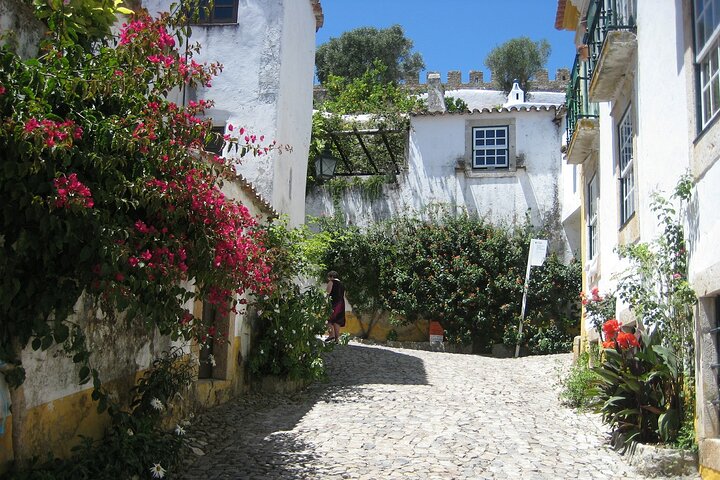 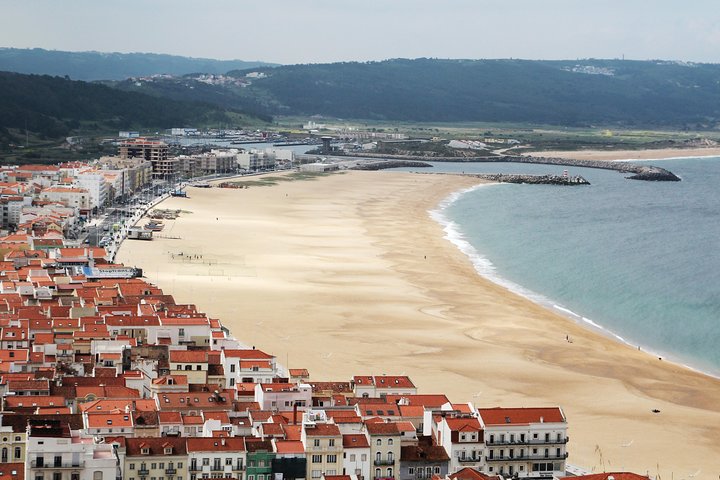 You'll explore the central-west of Portugal on a 9-hour group tour from Lisbon, limited to a max of 8 people and only in English. The first stop is in Fatima, one of Catholicism's major shrines visited by over 6 million people every year. Afterward, you'll visit Nazare, one of the most picturesque coastal cities and worldwide known for its waves, the biggest ever surfed in the world. Here you'll have time to have lunch and enjoy some traditional Portuguese food. Finally, you'll be amazed by the historic village of Obidos, built inside the walls of a castle. Its narrow cobblestone streets and flower-bedecked houses feel like a fairytale castle and you can also taste the famous cherry liquor in a chocolate cup, ginja.

You will stop and explore the Sanctuary of Fatima for about 1 hour. Fatima is today one of Catholicism’s major shrines and is visited by 6 million people every year. It is said that the Virgin Mary appeared to three children – Lucia, Francisco, and Jacinta – every single month from May 13th, 1917 until October 13th, 1917.

You will explore the Batalha Monastery (just the church, not the entire monastery), that was built by King João I to thank the Virgin Mary for the Portuguese victory over the Spanish during the Battle of Aljubarrota in 1385. This UNESCO monument is mainly Gothic, however, there were many new additions in the 15th and 16th centuries that are Manueline. This is also the first pantheon to be built in Portugal of João I and his English wife, Philippa of Lancaster.

Nazare is a fishing town full of nice places to stop and enjoy the ocean view (the town center is full of sea-food restaurants). This is a cliff-top area 110 meters (360 feet) above the ocean, popular for its amazing views. There is a small chapel here that was built after 1182 by a local nobleman Dom Fuas Roupinho, to thanks, Virgine Mary for saving his life here. Nor far away from here there is a baroque church built in the 17th-century (Igreja de Nossa Senhora da Nazaré). You should relax here for a while and try a typical local restaurant for lunch.

Nazare is now one of the most popular places to surf in Portugal. In 2011, the biggest wave in the world (nearly 24 meters; 79 feet) was surfed here by Garrett McNamara, a professional American big wave surfer.

Óbidos is a medieval town that was taken from the Moorish army in 1148. Is since that time a walled city, with cobblestone streets and flower-bedecked, whitewashed houses. It was founded at the top of a hill where was possible to overlook the ocean, but the bay gradually silted up. Is since the 15th century a landlocked town. But Obidos it’s not only about medieval architecture, but it’s also about animated festivals, bookstores, small museums, chocolate and ginjinha (cherry-liqueur; 1 per person is included in the price). In recent years Óbidos has been reinventing itself as a literary center.

Informacion Adicional
"Confirmation will be received at time of booking"
"Infant seats available"
"Not wheelchair accessible"
"The tour will be only in English"
"Stroller accessible"
"Service animals allowed"
"Near public transportation"
"Most travelers can participate"
"This tour/activity will have a maximum of 8 travelers"
"Face masks provided for travelers"
"Hand sanitizer available to travelers and staff"
"Social distancing enforced throughout experience"
"Regularly sanitized high-traffic areas"
"Gear/equipment sanitized between use"
"Transportation vehicles regularly sanitized"
"Guides required to regularly wash hands"
"Regular temperature checks for staff"
"Paid stay-at-home policy for staff with symptoms"
"Contactless payments for gratuities and add-ons"
"We were certified as a “Clean and Safe” company by the Portuguese authorities. An internal protocol was implemented to avoid risks of contagion. We provide all required protective equipment (masks are mandatory). All customer touchpoints are frequently cleaned and cars will not be full of capacity."