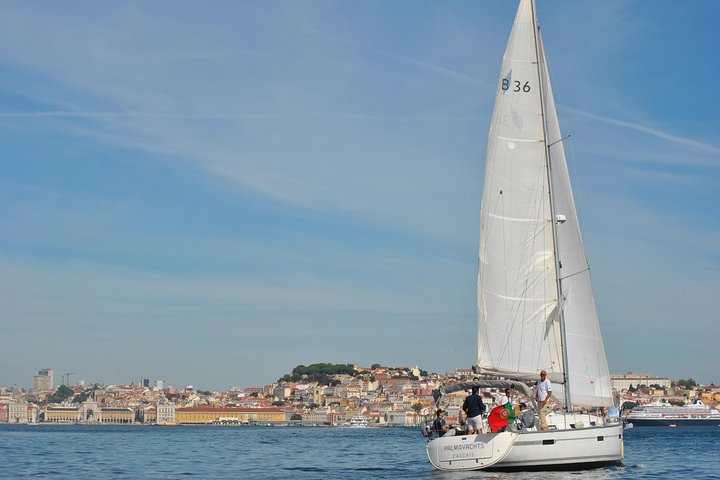 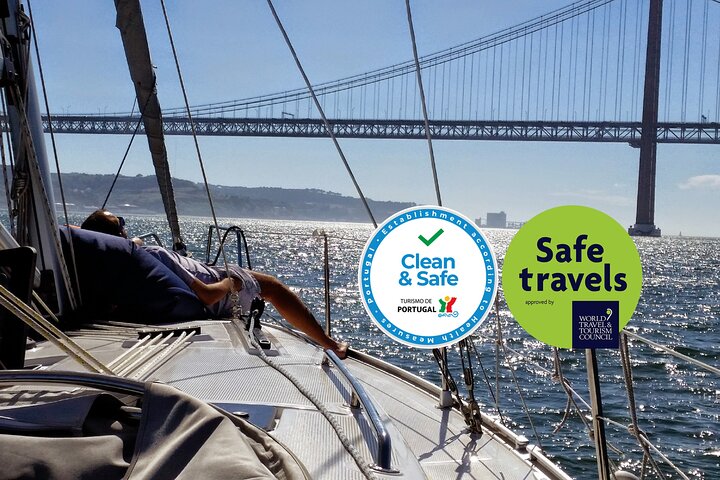 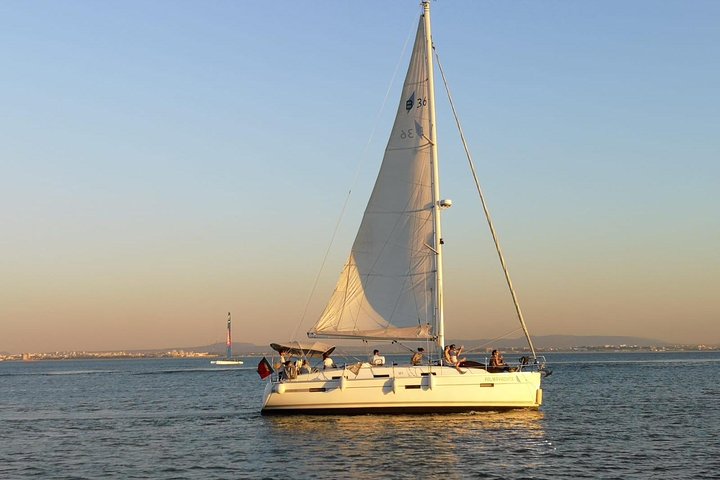 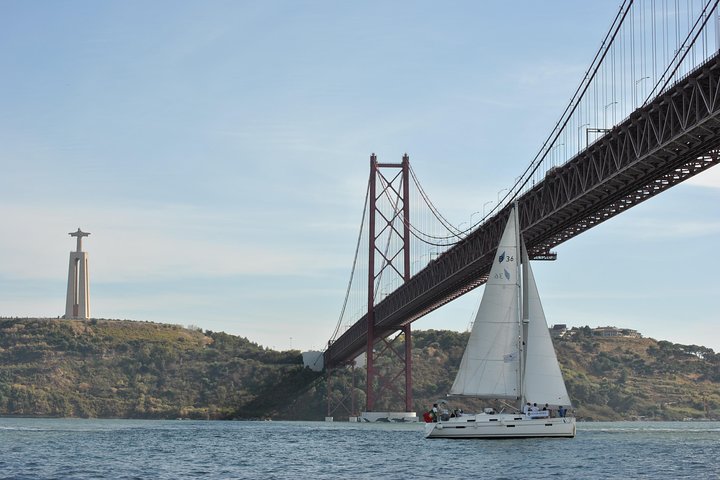 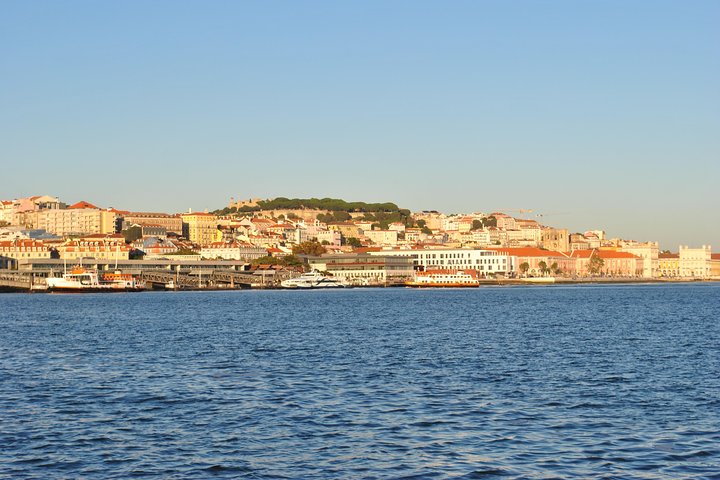 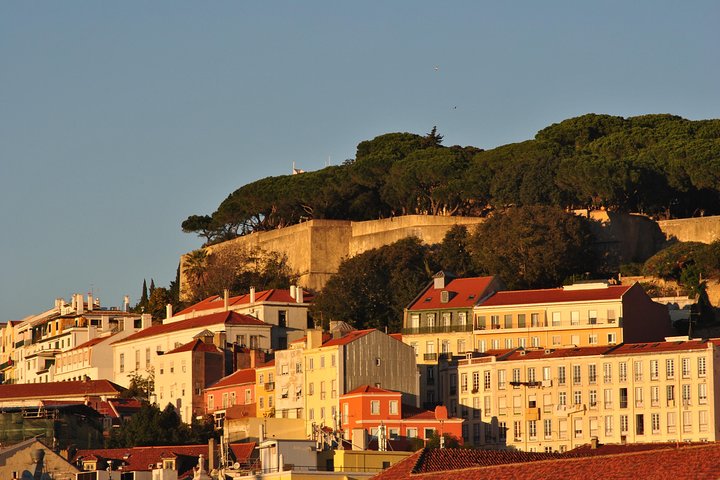 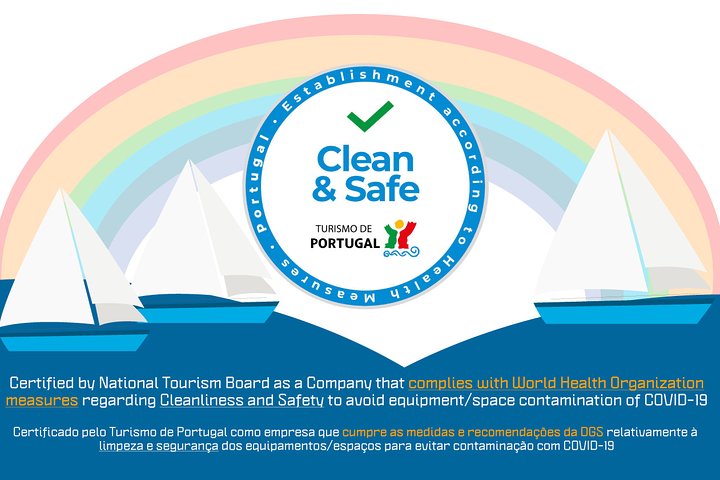 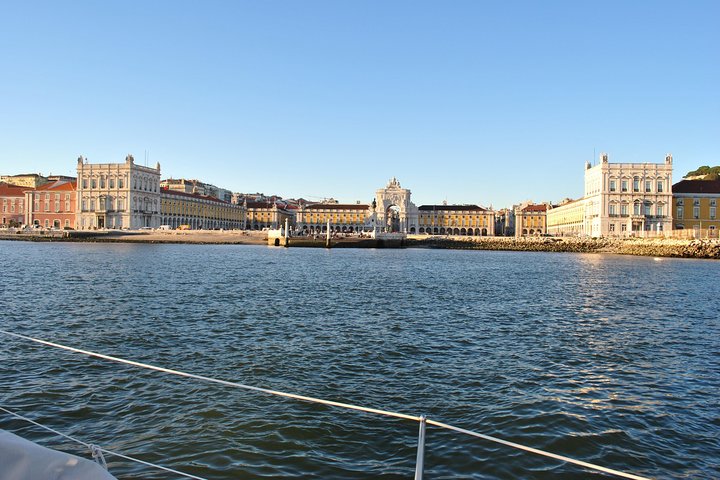 Starting from Belem, we can adapt our route to your preferences and to the duration of the cruise (2h, 3h, 4h, 6h or 8h)
For a 2h cruise, we suggest you leave Lisbon's crowds behind and enjoy the city's famous sights aboard a beautiful sailboat with a cruise on the Tagus. Featuring wonderful panoramic views, famous monuments that honor the Age of Discovery, and impressively engineered bridges, this is a city tour to remember.
For a full day we suggest sailing to Cascais, taking the opportunity to enjoy the magnificent scenery of the Estoril coast. Starting at the Tagus River, we can enjoy the fantastic national monuments in Lisbon and Belém. Then, we set off to Oeiras and the beaches of Carcavelos, Parede, Estoril and Cascais, enjoying the various forts that defended our capital. At Cascais, we can anchor, enjoy the sun and swim in the Bay of Cascais.

If you prefer a half-day cruise, we can go up to Oeiras for some sunbath, dives and who knows.

Padrão dos Descobrimentos is a monument on the northern bank of the Tagus River estuary, in Belém, Lisbon. Located along the river where ships departed to explore and trade with India and the Orient, the monument celebrates the Portuguese Age of Discovery (or Age of Exploration) during the 15th and 16th centuries.

Travelers will pass under the bridge

The 25 de Abril Bridge is a suspension bridge connecting the city of Lisbon, capital of Portugal, to the municipality of Almada on the left (south) bank of the Tagus river. It was inaugurated on August 6, 1966, and a train platform was added in 1999. It is often compared to the Golden Gate Bridge in San Francisco, US, because they are both suspension bridges of similar color. It was built by the American Bridge Company which constructed the San Francisco–Oakland Bay Bridge, but not the Golden Gate. With a total length of 2,277 metres (7,470 ft), it is the 32nd largest suspension bridge in the world. The upper deck carries six car lanes, while the lower deck carries a double track railway electrified at 25 kV AC. Until 1974, the bridge was named Salazar Bridge. The name "25 de Abril" commemorates the Carnation Revolution.

Belém Tower is a UNESCO World Heritage located in Lisbon that played a key role in Europe’s Age of Discoveries, since it served both as a fortress and as a port from where Portuguese explorers departed to establish what would be the first European trade in history with China and India. It also served as a ceremonial gateway to Lisbon.

The Sanctuary of Christ the King is a Catholic monument and shrine dedicated to the Sacred Heart of Jesus Christ overlooking the city of Lisbon situated in Almada, in Portugal. It was inspired by the Christ the Redeemer statue of Rio de Janeiro, in Brazil, after the Cardinal Patriarch of Lisbon visited that monument. The project was inaugurated on 17 May 1959, while Portugal was ruled by António de Oliveira Salazar. The giant statue in cement was erected to express gratitude because the Portuguese were spared the effects of World War II.

The Praça do Comércio is located in the city of Lisbon, Portugal. Situated near the Tagus river, the square is still commonly known as Terreiro do Paço because it was the location of the Paços da Ribeira (Royal Ribeira Palace) until it was destroyed by the great 1755 Lisbon earthquake. After the earthquake, the square was completely remodeled as part of the rebuilding of the Pombaline Downtown, ordered by Sebastião José de Carvalho e Melo, 1st Marquis of Pombal, who was the Minister of the Kingdom of Portugal from 1750 to 1777, during the reign of Dom José I, King of Portugal.

Informacion Adicional
"Confirmation will be received at time of booking"
"Not wheelchair accessible"
"Stroller accessible"
"Near public transportation"
"Most travelers can participate"
"This experience requires good weather. If it’s canceled due to poor weather, you’ll be offered a different date or a full refund"
"This is a private tour/activity. Only your group will participate"
"Face masks required for travelers in public areas"
"Face masks required for guides in public areas"
"Hand sanitizer available to travelers and staff"
"Regularly sanitized high-traffic areas"
"Gear/equipment sanitized between use"
"Transportation vehicles regularly sanitized"
"Guides required to regularly wash hands"
"Regular temperature checks for staff"
"Temperature checks for travelers upon arrival"
"Contactless payments for gratuities and add-ons"
"Palmayachts is certified by Portuguese Tourism Board as a Clean & Safe company regarding COVID-19 prevention measures and procedures. Boats disinfected regularly using Ozone Treatment, on top of normal disinfection."