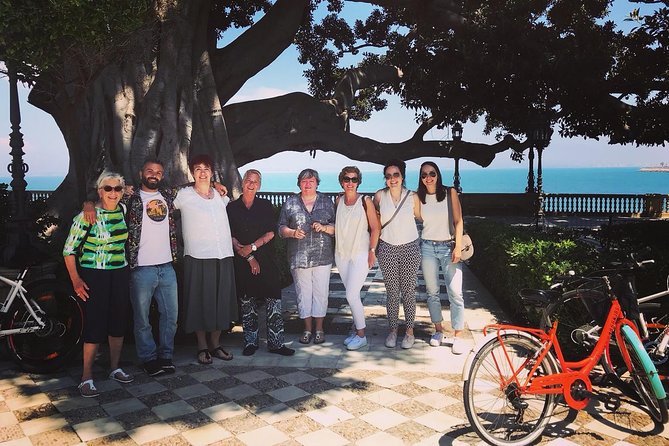 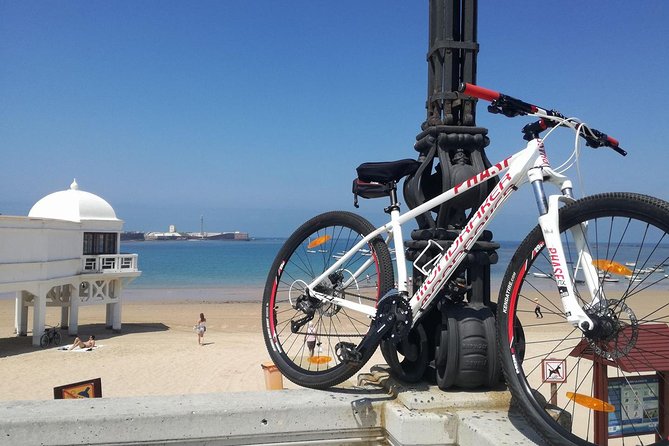 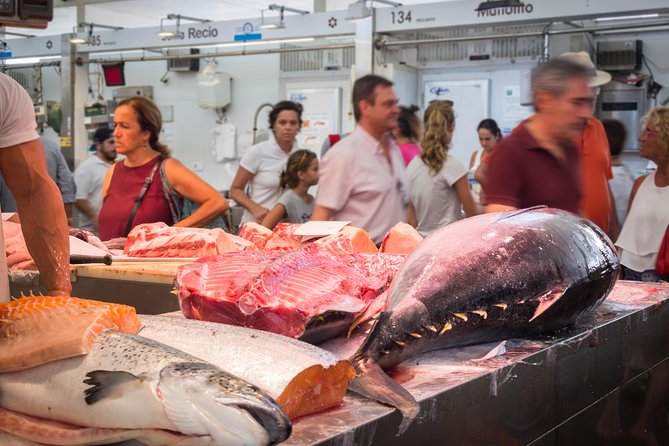 Enjoy Cadiz with a relaxing guided trip on wheels. Take this four-hour bike tour with a guide who will make several stops to take pictures and give you explanations about the most interesting monuments.

first introductiones to the tour.

we'll go out through Puerta Tierra, the old wall that separates the two sides of the city, to visit the beaches of the new part

biking along the sea side

biking around the ship areas

we'll see the little Habana, Campo del Sur , a cultural mosaic where we can distinguish the contrasting footprints of the diverse civilisations that have passed through the city.

quick stop before venturing into the picturesque neighbourhood of el Pólpulo, the oldest in the city, finding our way through the medieval streets

get into the Roman theatre which lies underground, beneath the neighbourhood.

Next we have the Old Cathedral, formerly a mosque and now known as Santa Cruz church

we’ll head towards the Cathedral square where we can appreciate the contrasting architectural styles that make it so unique.

the Central Market, where we will immerse ourselves into its heart contemplating the great variety and freshness of the produce it has to offer, being able appreciate the scale (no pun intended!) of the fishing tradition in the city and the generous diversity of local seafood.

Just a few more meters and we enter La Viña, a friendly fishermen neighbourhood with plenty of character, famous for its many tapas restaurants and its carnival

la Caleta: a small but charming beach guarded by its two castles and under the convenient shade of the Balneario de la Palma. Here we can visit Castillo de San Sebatián, one of the two castles whith one of the best panoramics of the city, the only point where we can observe Cádiz from the sea without getting wet!

And to finish, there's no better way than to cycle by the sea through the bike path, passing through our charming parks like Parque Genovés and Alameda Apodaca, before we get back to the starting point.

Informacion Adicional
"Confirmation will be received at time of booking"
"Not wheelchair accessible"
"Please wear clothing appropriate to the season"
"Comfortable, closed footwear is recommended"
"Wear sun protection in summer"
"If it rains, you will use a raincoat or the tour will be postponed"
"Near public transportation"
"Most travelers can participate"
"This tour/activity will have a maximum of 12 travelers"