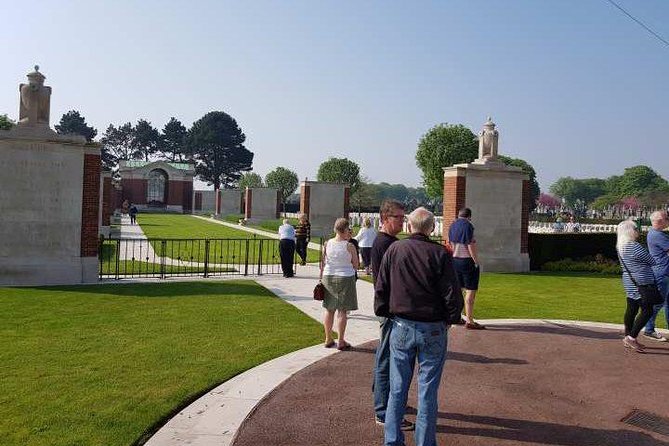 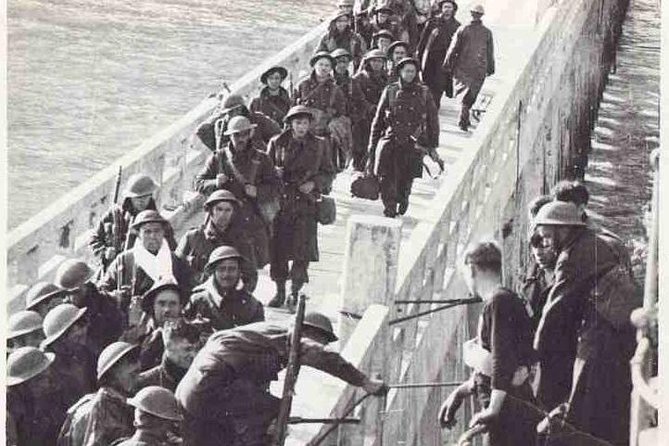 From May 26 to 4 June 1940, Dunkirk was the theatre of the largest evacuation effort in military history: 338 000 Allied soldiers were evacuated on a flotilla of more than 800 ships. Discover the incredible story of Operation Dynamo with our exclusive 'Dynamo Tour', a trip back in time which pays tribute to all the allied soldiers involved in the operation and who created 'The Dunkirk Spirit', a symbol of hope and resistance.

During a pleasant tour on board our car or minivan, our guide will introduce you to the unmissable sites of Operation Dynamo. It will also lead you on the tracks of the shooting of the movie 'Dunkirk' directed by Christopher Nolan, released in July 2017. During the tour, we will stop at the following memorial places:
• The evacuation beaches

The beautiful, wide sandy beaches are very peaceful nowadays. Things were quite different in the spring 1940. Imagine being a soldier of the BEF, hoping desperatly to climb on board one of the Dunkirk Little Ships to escape the 'Hell of Dunkirk'...
• The port

The East Mole in the port was the point where most of the soldiers were evacuated. We'll make a stop at an impressive bunker, built by the Germans during the occupation, to see the preserved part of the original East Mole.
• British Memorial and Cemetery

The impressive British Memorial commemorates the memory of the 4528 soldiers of the British Expeditionary Force who died during 1940 and who have no known grave. Next to the memorial is a cemetery of 810 graves of British soldiers. Most of them were killed defending the perimeter of Dunkirk during the evacuation operations in May-June 1940.

Informacion Adicional
"Confirmation will be received at time of booking"
"Wheelchair accessible"
"A maximum of 3 people per booking (car tour) or 8 people (minivan tour)"
"Stroller accessible"
"Service animals allowed"
"Near public transportation"
"Most travelers can participate"
"Wheelchair and stroller accessible only in your own vehicle. We do not have child seats, and we can not take someone in his wheelchair in our vehicle."
"This is a private tour/activity. Only your group will participate"