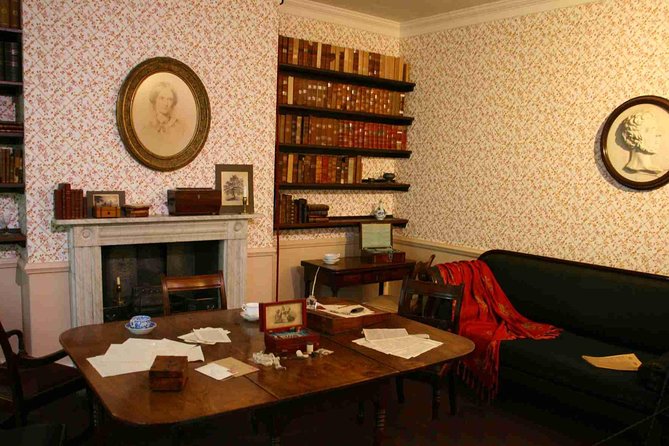 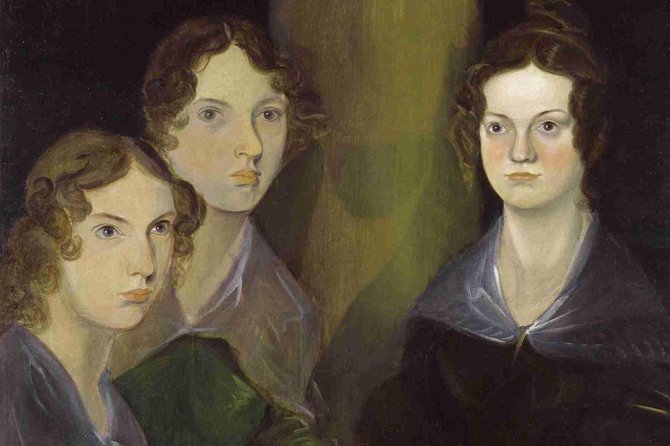 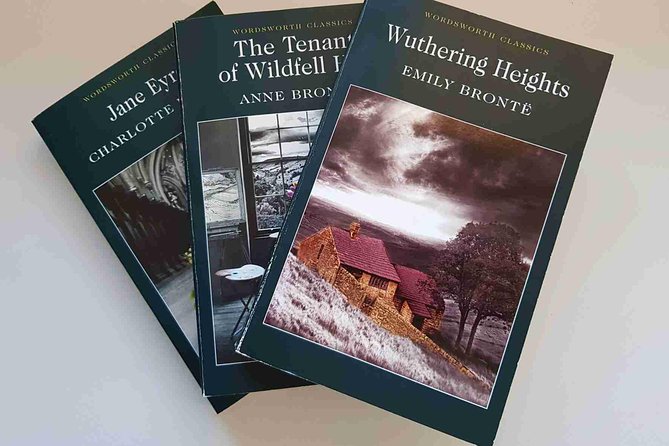 The Brontes, Wuthering Heights and Jane Eyre Day Tour by Rail and Minivan

Enjoy a comfortable journey by train to Oxenholme on the edge of the Lake District. Traveling by train is much more pleasant than doing this part of the journey by bus! You then meet our guide and step aboard our minivan for the tour. This tour takes you to:
• Drive through the beautiful Yorkshire countryside
• Visit the Bronte Parsonage Museum & Graveyard
• Guided walk around Haworth, unchanged since the Brontes lived there
• Visit romantic gothic ruins of Wycoller Hall, “Ferndean Manor” of Jane Eyre

We start the day with a scenic drive through Cumbria, past the market town of Kirkby Lonsdale and into the Yorkshire Dales National Park. Our first stop is at the village of Cowan Bridge to see the buildings which were once the Clergy Daughter's School attended by four Brontë sisters, Maria, Elizabeth, Charlotte and Emily. The poor conditions and harsh regime caused a scandal at the time and although the sisters were withdrawn from the school, it was too late for Maria and Elizabeth who died shortly after returning home. The school was the inspiration for "Lowood" in Charlotte's novel, Jane Eyre, and she never forgot the harsh treatment and unhealthy conditions the she and her sisters endured there.

Our drive continues amidst beautiful scenery into the County of Lancashire. Following in the footsteps of Charlotte Bronte, our next stop is at the tiny village of Wycoller with its ruinous hall, the model for Ferndean Manor in Jane Eyre. The village is full of character and atmosphere with two ancient bridges and a ford crossing Wycoller Beck. Your guide will show you around the Gothically romantic ruined hall and explain the history of this sleepy little village.

As we move through the towns and villages, your guide will put the surrounding countryside and the impact of the Industrial Revolution on the area into context. We see one of the local mills, a survivor from the time of the Brontë's, up close on the way to Ponden Hall. As our time is limited, we only have time to view the hall from the outside. It is famous for reputedly being the inspiration for Thrushcross Grange, the home of the Linton family, Edgar, Isabella, and Cathy, in Emily Brontë's novel Wuthering Heights. However, it does not match the description given in the novel and is closer in size and appearance to the farmhouse of Wuthering Heights itself. The Brontë biographer Winifred Gerin believed that Ponden Hall was the original of Wildfell Hall, the old mansion where Helen Graham, the protagonist of Anne Brontë's The Tenant of Wildfell Hall, fled from her husband. Ponden shares certain architectural details with Wildfell: latticed windows, a central portico and date plaque above. We will let you decide for yourselves which sister described it in her novel.

From here, our journey takes us across the brooding Pennine Moors, a bleak and beautiful place where the sisters would wander to escape the industrial fumes from the chimneys of nearby Keighley and the emotionally charged atmosphere of the Parsonage in Haworth. Although there is no evidence that the now ruined farmhouse on Top Withens was the inspiration for Heathcliff's dwelling, locals and the Brontë Society say Emily was most likely thinking of its moorland setting when she wrote about Wuthering Heights. Describing it, she wrote: "One may guess the power of the north wind blowing over the edge, by the excessive slant of a few stunted firs at the end of the house; and by a range of gaunt thorns all stretching their limbs one way, as if craving alms of the sun." Pretty strong stuff when you are out there on those actual moors in the wind and the rain! Although we can experience the moors from the road, we don't have time to walk very far before moving on to our next, fascinating destination, The Brontë Parsonage Museum.

After your visit to the Parsonage, your guide will take you on a tour of the graveyard and the village where you will wander down the High Street of Haworth, hardly changed since the Brontë's walked here 150 years ago. You will see the Black Bull Inn where Branwell drank himself to death and the Apothecary where he bought laudanum, his other deadly addiction. Throughout the village, your guide will take you back in time to the places and people that the Brontë's knew, walking in their footsteps to bring the place alive for them again. You will also visit the church to see the family vault where all but Anne are buried.

On this tour you can let your imagination run free, breathe the chill moorland air, gaze over the wild, dramatic landscape of "Wuthering Heights", "Jane Eyre" and "The Tennant of Wildfell Hall". Discover the freedoms and restrictions, the successes and failures, the loves and losses endured in the world of Victorian England, a place which fashioned the passionate, emotional and tragic lives of the world's most famous literary family.

Informacion Adicional
"Confirmation will be received at time of booking"
"Service animals allowed"
"Near public transportation"
"Not wheelchair accessible"
"As there is a little walking involved on the tour, some uphill and on uneven or wet terrain, please wear suitable, comfortable shoes"
"The weather can change quickly, even in the summer months. Please bring a waterproof coat with a hood in case of rain or windy weather"
"All passengers, including children of any age, must have a seat purchased for them"
"Children must be accompanied by an adult"
"This tour is not suitable for children under the age of 5"
"Most travelers can participate"
"This tour/activity will have a maximum of 6 travelers"