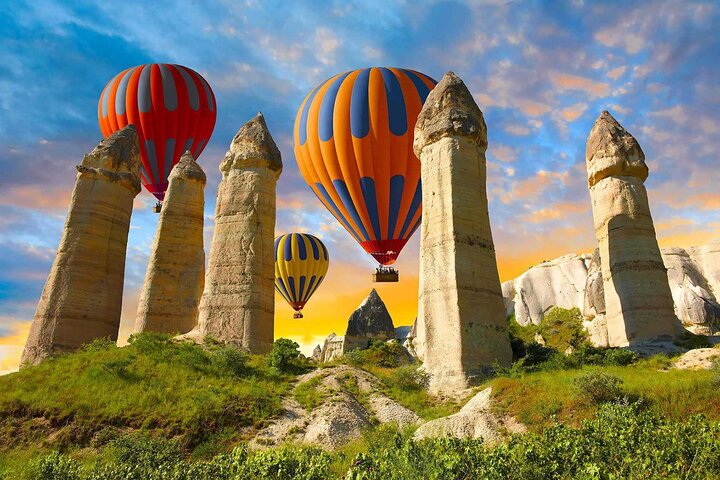 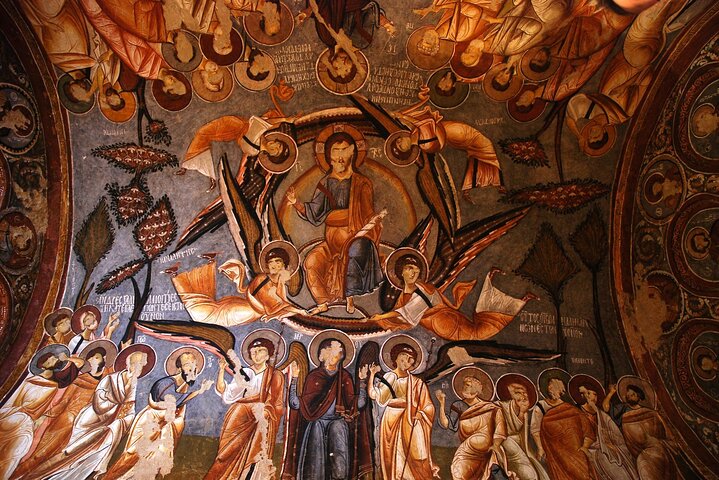 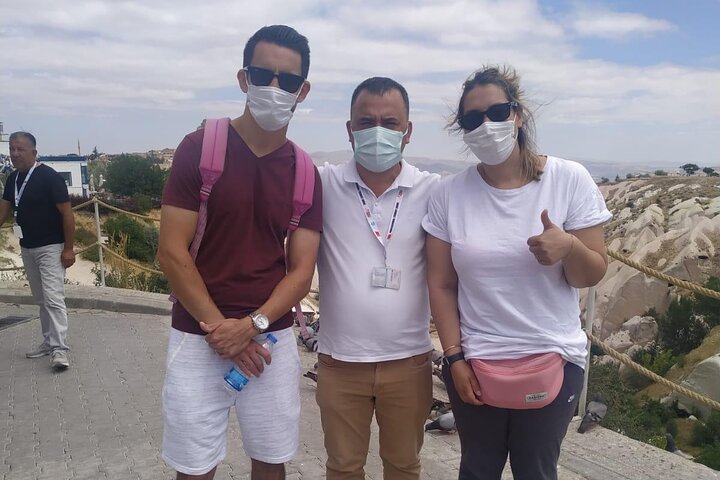 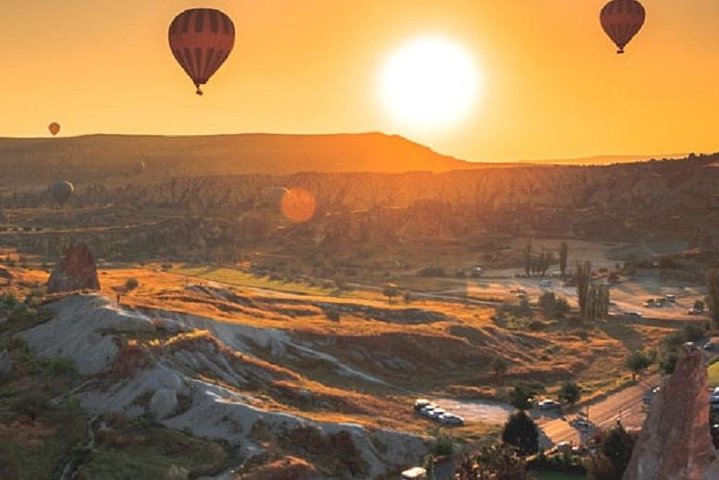 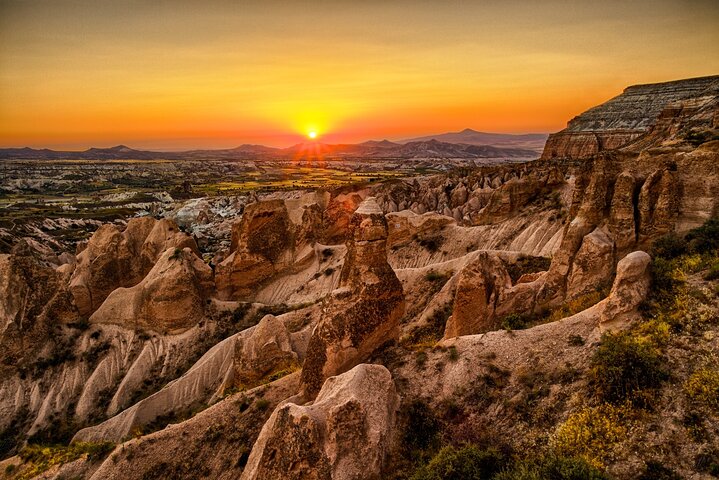 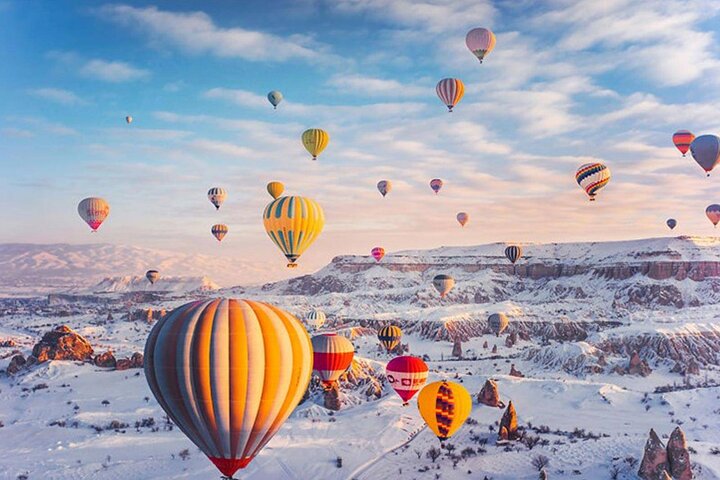 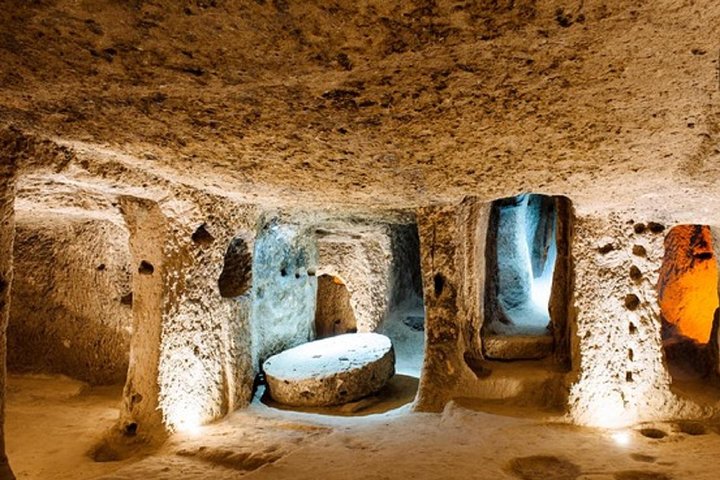 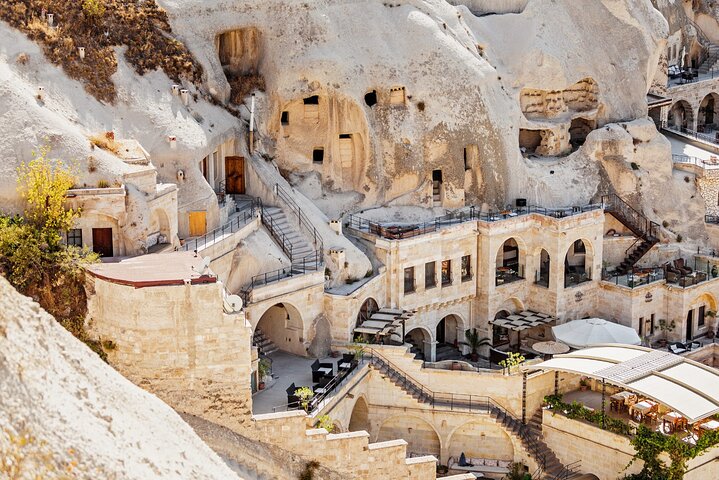 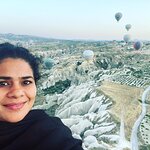 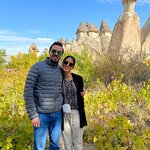 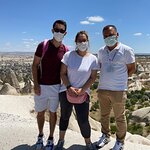 Discover the treasures of Cappadocia ! Let us tailor-make your Private Cappadocia Tour according to your preferences and travel interests. Explore the unique places in Cappadocia that interest you with your private, licensed guide.

To assist you in getting the most from your Private Cappadocia Tours, below are a few examples of that have been popular with our guests – we welcome any other suggested itineraries or allow our local experts to create a tour especially for you.See the best sights Cappadocia has to offer on this full-day tour with a knowledgeable guide. Marvel at incredible monuments from the Goreme Open Air Museum to  Underground City, Uchisar Castle, Devrent Valley and Pasabaglar Valley.
**Visit the villages, valleys, and rock formations of Cappadocia
**Be amazed by the underground city
**Round-trip hotel transfers included
**Enjoy the convenience of private transportation

It’s one of the strangest landscapes you’ll ever see: the cliffs and valleys and fairy chimneys of Göreme National Park in Cappadocia. Wind and water erosion scoured out this land of soft volcanic ash (tufa) leaving this extraordinary place of valleys and pillars, some of which rise to 130 feet (40m).

The earliest settlers were Christian exiles in Roman times and they carved churches into the rock, along with houses and tombs. In the Middle Ages Göreme became an important religious center with monasteries, churches and chapels; many of which have impressive Byzantine religious wall paintings. Some of the most important are Basil Kilise (St Basil’s Church), Elmali Kilise (Apple Church), and the richly decorated Tokali Kilise (Buckle Church), which is the oldest. The best-preserved and recently restored frescoes can be found in the Karanlık Kilise (Dark Church).

Kaymaklı is a city dug deep into the soft volcanic rock in the Cappadocia region. There are around 100 underground cities in the area although only a few are open to the public. Kaymaklı is the largest of them. It is estimated that around 3,500 people once lived here.

Built under a hill known as the Citadel of Kaymaklı, the city consists of 8 underground levels made up of low, narrow, sloping passageways. The city is arranged around the ventilation shafts which bring in air.

This is a place to let your mind run free in a seemingly lunar landscape with rock formations that look like animals.

The Devrent Valley, also known as Imagination Valley, has none of the cave churches, Byzantine frescoes or Roman citadel ruins that are famous throughout the rest of Cappadocia; but what it does have is an extraordinary landscape shaped by nature to make you laugh and wonder and explore.

This is a place to let your mind run free in a seemingly lunar landscape with rock formations that look like animals.

The Devrent Valley (Devrent Vadisi), also known as Imagination Valley, Imaginary Valley, and Dream Valley, has none of the cave churches, Byzantine frescoes or Roman citadel ruins that are famous throughout the rest of Cappadocia; but what it does have is an extraordinary landscape shaped by nature to make you laugh and wonder and explore.

Only a 10 minute drive from Göreme, between Avanos and Ürgüp, the valley is like a rock-formed zoo. Walk the trail and you’ll see a landscape filled with snakes, camels, seals and dolphins and whatever else your mind chooses to make of the twisting curving rocks. Maybe even a dragon. There are also small fairy chimneys, the rock pillars so distinctive of Cappadocia.

One of Cappadocia’s most famous sites is the Göreme Open Air Museum, a ring shaped collection of churches cut into the soft volcanic cliffs.

In the 4th century the area became known as the Land of the Three Saints after the theologians St. Basil the Great, his brother St. Gregory of Nyssa, and St. Gregory of Nazianzus. In the Middle Ages the importance of this area again soared and many monasteries, churches and chapels were dug out of the rock. The best of these still have vivid Byzantine frescoes of religious scenes.

Pigeon Valley, just outside Göreme in Cappadocia, is one of Turkey’s most beautiful landscapes.

The unique rock formations known as fairy chimneys, or peri bacalar, which are made from wind and water erosion on soft volcanic rock, rise high from the valley floor like chimneys and are dotted in their tops with birdhouses. Some reach at tall as 130 ft (40m). Pigeons live in these dovecoats carved into the rocks and cliffs. Years ago the pigeons were used to carry messages from this remote region, and their droppings have long been used by local farmers for fertilizer. Today, however, there are fewer pigeons in the valley.

Pigeon Valley is a great place for hiking. The whole area around Göreme is made up of valleys with almost no fencing and there are well-marked trails. The mildly hilly trail through Pigeon Valley is free of charge and about 2.8 miles (4 km) long running between Göreme and Uçhisar.

Made up of a number of smaller valleys, Rose Valley is famous for its otherworldly rock formations and world-class hiking opportunities. The valley trails provide a variety of levels of challenge, and there are plenty of walks that are suitable for beginners. For seasoned hikers, there are trails where you get to scale stone tunnels and climb down ladders. Either way, you’ll get to wander canyon bottoms and explore Cappadocia’s rocks at sunset when the valley turns blood red.

Valleys within the famous valley that’s named for its rose-hued rocks are Gulludere, Kizilcukur, Meskendir and Zindanonu. The most popular path in Rose Valley is a 3.5-km route that begins just outside the town of Goreme, but you could easily come back several times to explore new trails and catch sight of its hidden cave churches and abandoned rock houses.

Uchisar Castle (Uçhisar Kalesi) is Cappadocia’s tallest fairy chimney, Mother Nature’s castle in the form of a volcanic rock outcrop visible from miles in any direction. While not a castle by the standard definition the outcrop was used during the late Byzantine and early Ottoman periods as a natural fortress for protection against armies on the surrounding plains. Erosion has revealed a honeycomb-like structure of cavities within the rock, many of which were used as natural dwellings until the makeshift village was evacuated during the 1960s.

A climb up 120 steps leads to the summit of Uchisar Castle — a perfect vantage point for watching a sunset over the stunning Cappadocian landscape.

The “fairy chimneys” of Cappadocia make up the surreal landscape of unique rock formations and valleys of this area of Turkey. They were formed centuries ago of ash, lava, and basalt from the activity of three volcanoes here. What is left behind today is dozens of these fairytale-like, otherworldly formations that look straight out of a fantasy or science-fiction film (in fact, parts of Star Wars were filmed here.)

As the rock formation base is often soft, throughout history those who have inhabited the area have carved their homes and dwellings out of the fairy chimney rock. As a result, Cappadocia is filled with fascinating Byzantine churches, historic homes, even entire underground cities to explore. The tops or caps of the chimney-like pinnacles are harder, which has protected the structures throughout many years. The Open Air Museum of Goreme is a spectacular place to view the many uses of the formations throughout history, as early as the 4th century.

The small town of Avanos in Cappadocia is famous for its distinctive red earthenware pottery, which has shaped its reputation since the days of the Hittities in the Bronze Age.

Situated on the banks of the longest river in Turkey, the Kızılırmak (Red River), the lovely old town overlooks the red silt of the river which has been both the lifeblood and the destiny of Avanos. Small pottery workshops still cluster in the narrow streets of the old town and here you can learn how to throw a pot and buy the local ceramics. There are also larger warehouses on the outskirts of town.

Avanos is also a great base for exploring the rest of Cappadocia: the fairy chimneys at Zelve, the underground cities of Ozkonak, Derinkuyu and Kaymaklı, and the rock churches with their Byzantine frescoes in the Göreme National Park.

Informacion Adicional
"Confirmation will be received at time of booking"
"Not wheelchair accessible"
"Comfortable shoes, a hat and plenty of sunscreen are recommended as shade is limited"
"The order of the tour itinerary may vary in order to avoid congestion"
"Guests should watch their step at all times in order to avoid injuries"
"Stroller accessible"
"Near public transportation"
"Most travelers can participate"
"na"
"This is a private tour/activity. Only your group will participate"
"Face masks required for travelers in public areas"
"Face masks required for guides in public areas"
"Hand sanitizer available to travelers and staff"

Duración: 7 To 8 Hours
Lugar de comienzo: Traveler pickup is offered
Tour guide meets you at your hotels in cappadocia.
This Tour pick up and drop off places cover ONLY Cappadocia Area