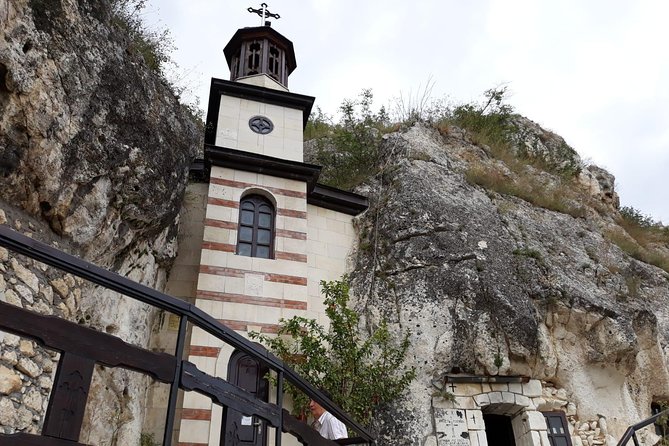 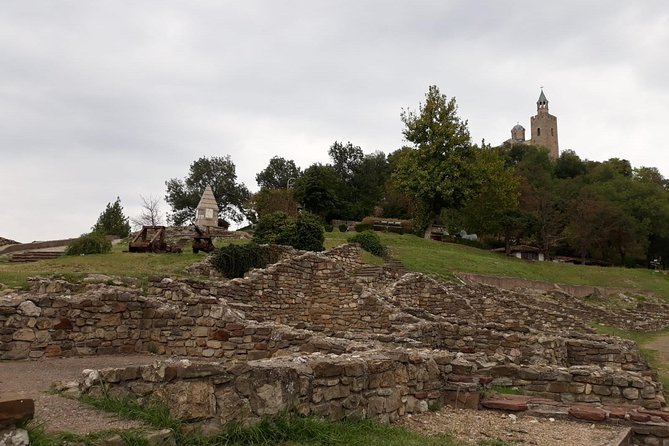 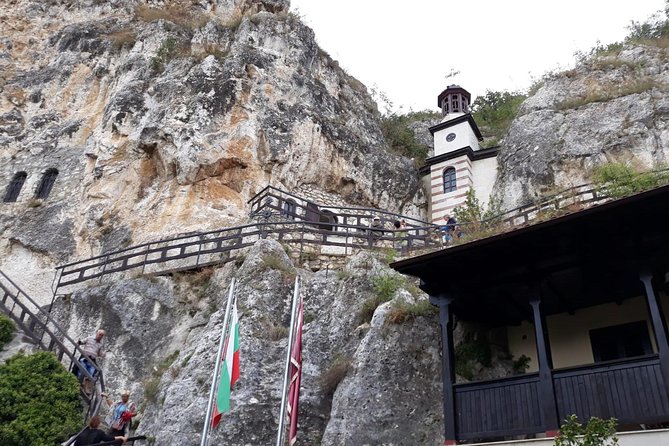 Enjoy a full-day tour to Veliko Tarnovo -one of the highlights of Bulgaria. Experience a culture with widely different roots and traditions, and learn about Bulgaria's long history in the medieval city of Veliko Tarnovo. Travel to the foothills of the Balkan Mountains, explore the medieval Veliko Tarnovo ,visit the Tsaravets Fortress, a fortification from the Middle Ages and the historical quarter of Samovodskata Charshiya and then admire Nicopolis ad Istrum, a Roman and Early Byzantine town. In the evening you will be back in Bucharest.

Begin your day trip to Veliko Tarnovo with a departure from your hotel in Bucharest in the morning. You will drive south, crossing the Danube River which separates Romania from Bulgaria. First stop will be Basarabov Monastery, the only monastery in Bulgaria carved in the rock and inhabited since its establishment. It is so named because of its proximity to the town of Basarbovo, and dedicated to St. Dimitri of Basarabov, a resident of the monastery in the 17th century.

Not far from Basarabov Monastery is the charming medieval city, Veliko Tarnovo, often referred to as the "City of the Tsars", located on the Yantra River and is famously known as the historical capital of the Second Bulgarian Empire. You will walk on the cobbled streets in the historical quarter of Samovodskata Charshiya and up on the hill, you will discover the fortress of Tsarevets, settled in the 4th century, surrounded by thick walls. It became famous after the Second Bulgarian Empire established the capital at Veliko Tarnovo, often being compared to Rome or Constantinople in greatness. 400 residential buildings, over 22 churches and 4 monasteries where discovered on site.

Discover Nicolopis ad Istrum. It was founded by the Roman emperor Marcus Ulpius Traianus to honor his victories over the Dacians tribes in 101 and 106. People of various ethnicity lived in Nicopolis: settlers from Asia Minor, Thracians and Roman veterans. The Greek was the official language.

Do not miss a unique experience in Medieval Bulgaria!

Informacion Adicional
"Confirmation will be received at time of booking"
"Not wheelchair accessible"
"Child seats are free of charge. In accordance with the legal provisions in force, the child seat is mandatory, please request at time of booking."
"A current valid passport is required on the day of travel."
"Infants must sit on laps"
"Infant seats available"
"Most travelers can participate"
"This is a private tour/activity. Only your group will participate"

Hora de Inicio: 9:00 AM
Duración: 8 To 10 Hours
Lugar de comienzo: Traveler pickup is offered
Pickup from any address in Bucharest