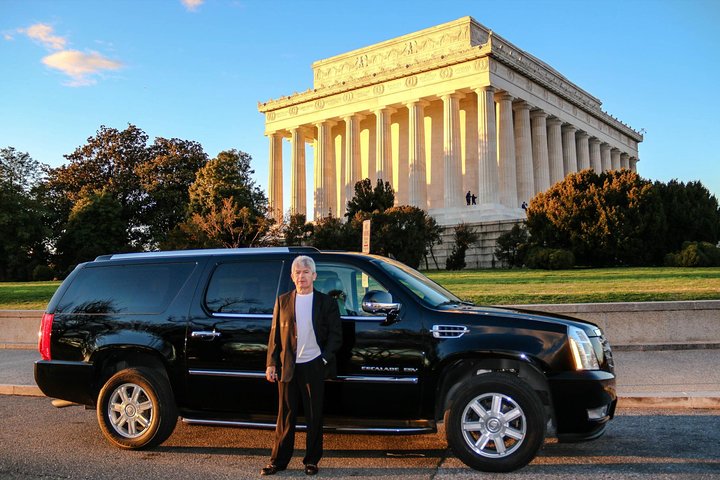 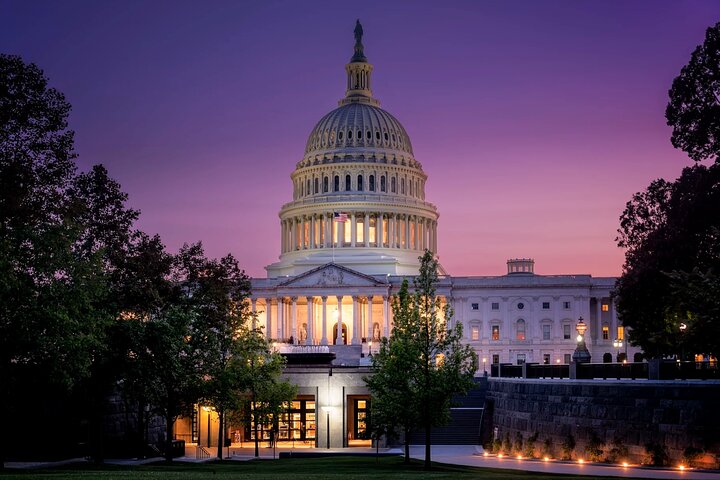 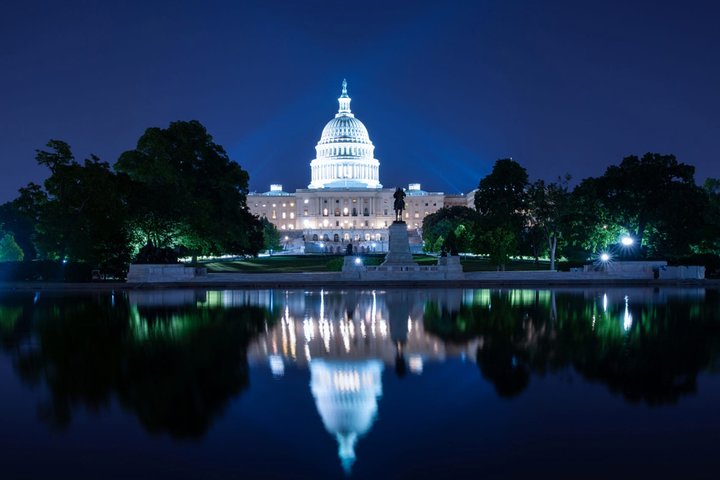 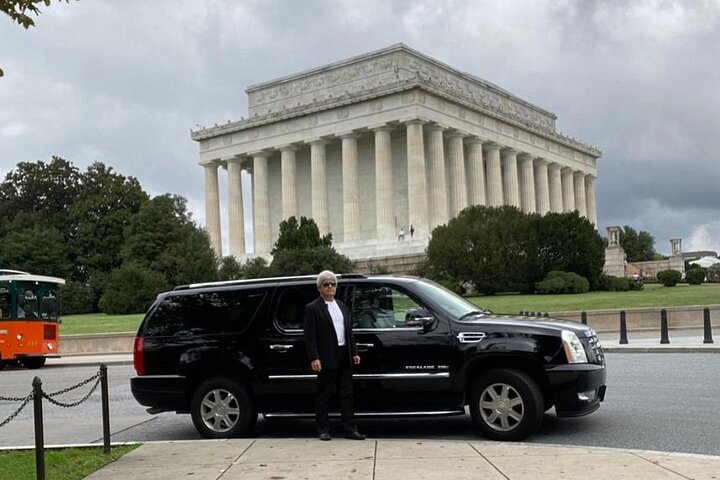 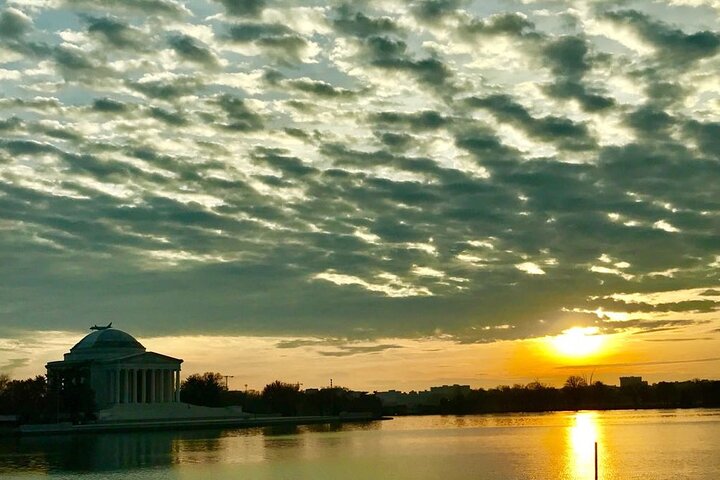 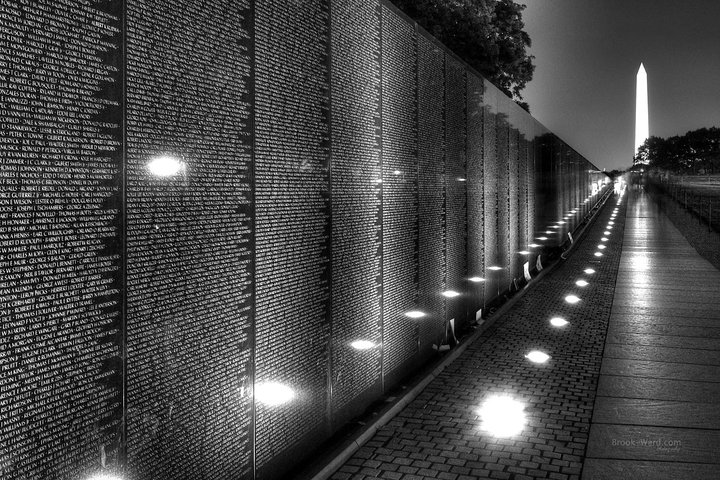 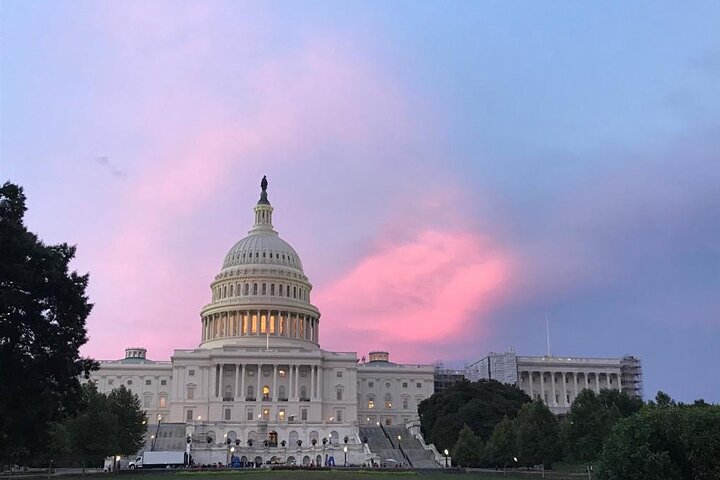 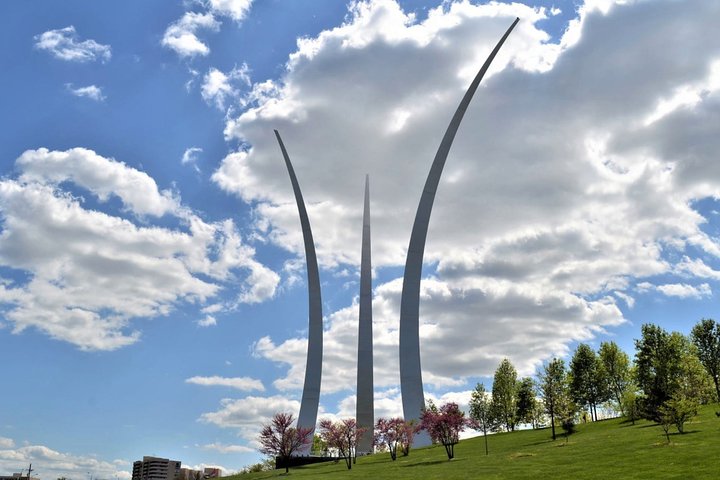 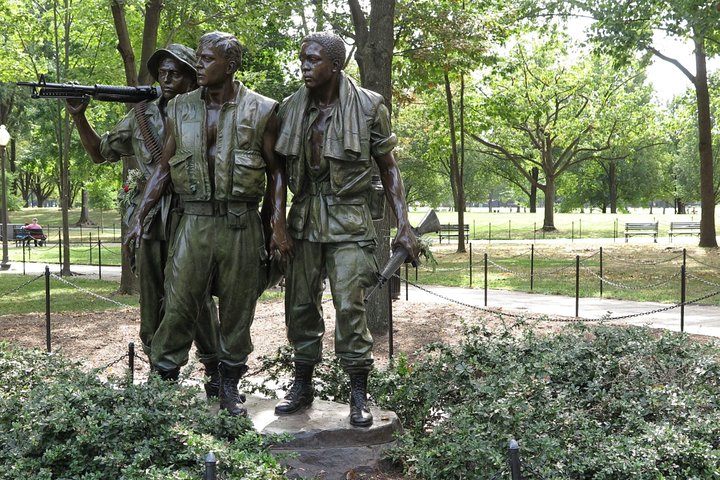 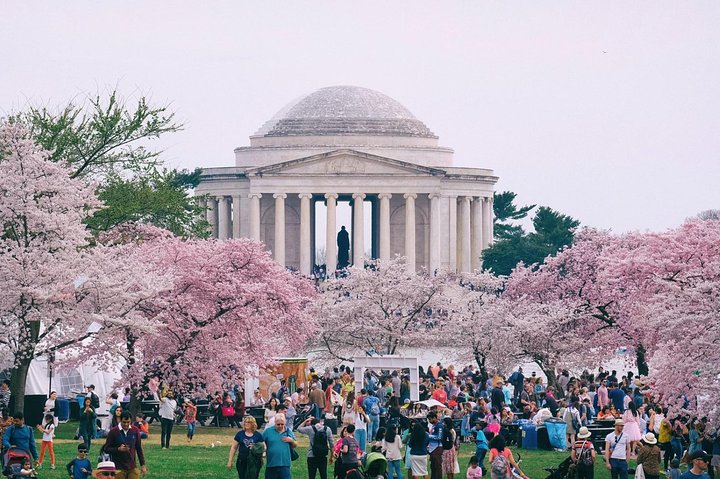 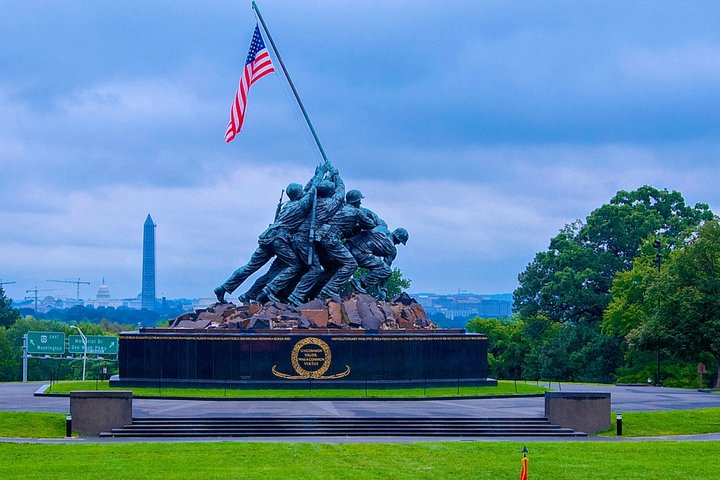 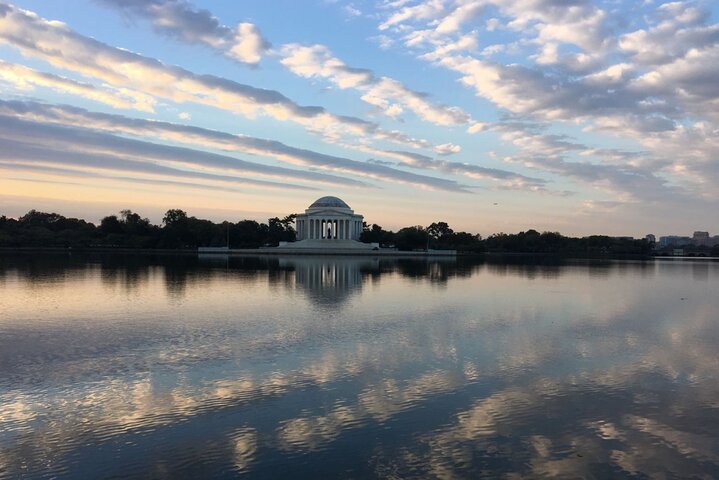 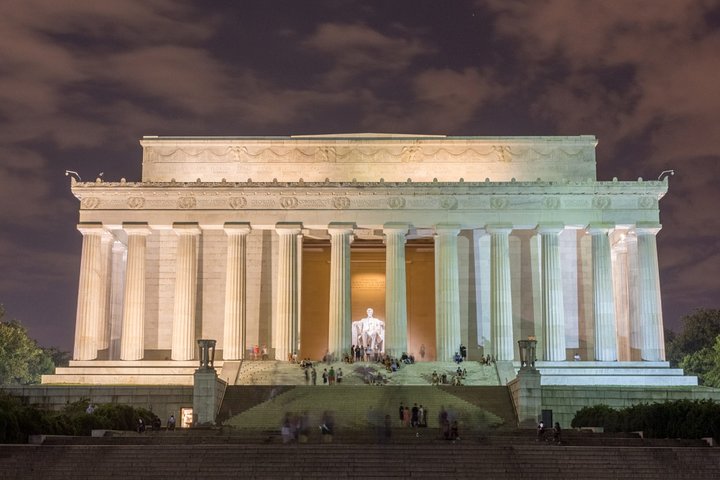 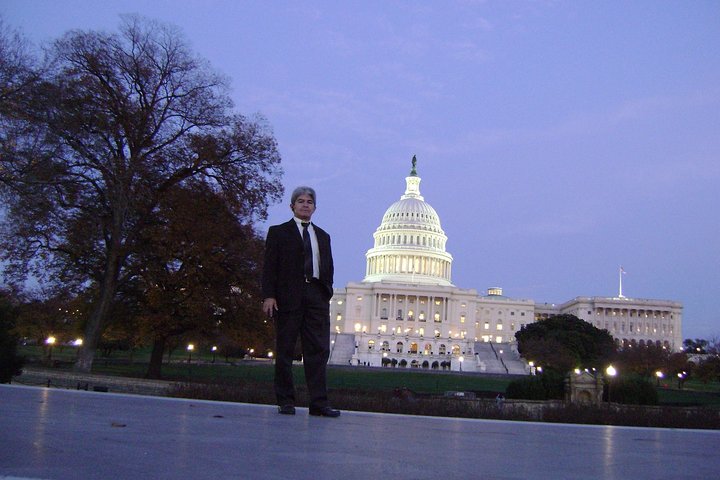 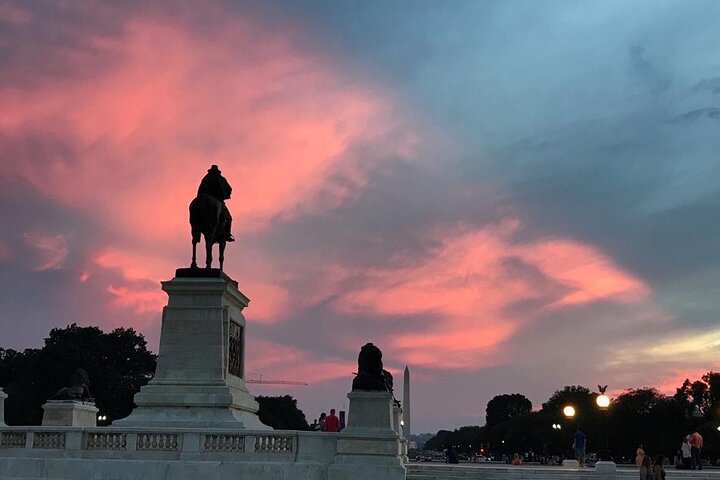 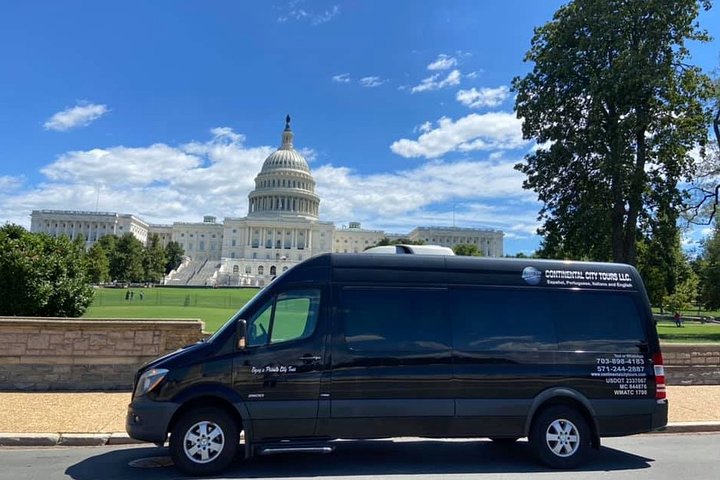 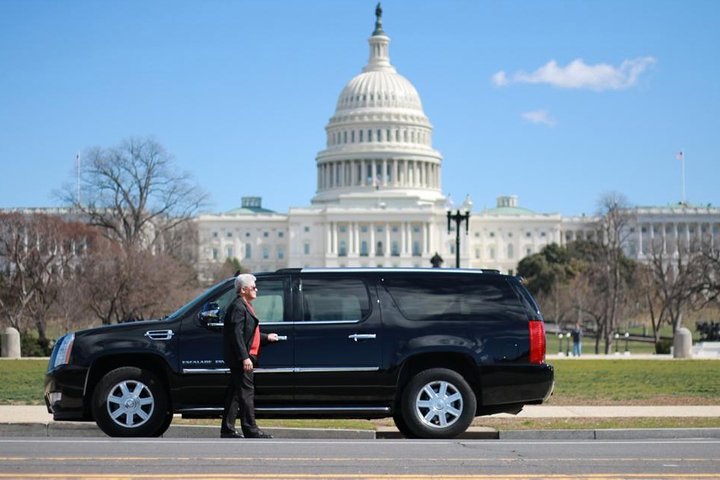 Enjoy a private City Tour catered to places you would like to see! Appreciate the comfort of our luxury vehicles such as the large Mercedes Benz Sprinter Van or the Cadillac Escalade Full Size SUV guided by a Professional Tour Guide who will not only explain but make learning historical facts and stories behind each place we visit fun!

We look forward to having you join our unique tours and appreciate the architecture, meaning, and historical background of every place we visit!

As a private tour, the whole time and professional vehicle is dedicated to your experience!

We will see the official residence from the US president

You will step down to take panoramic pictures of the National Mall, from the US Capitol, President James Garfield, General Ulysses S. Grand and Peace Memorial.

The World War II Memorial honors the 16 million who served in the armed forces of the U.S., the more than 400,000 who died, and all who supported the war effort from home.

Situated on the Tidal Basin among the Japanese flowering cherry trees, the Jefferson Memorial is the perfect place to experience peak bloom.

Located in downtown Washington, DC, the memorial honors Martin Luther King, Jr.'s legacy and the struggle for freedom, equality, and justice. A prominent leader in the modern civil rights movement, Dr. King was a tireless advocate for racial equality, working class, and the oppressed around the world.

The Korean War Veterans Memorial is located near the Lincoln Memorial on the National Mall in Washington, D.C. It was dedicated on July 27, 1995.

The Second Division Memorial is dedicated to those members of the Second Infantry Division of the US army who have died while in service. Originally dedicated in 1936 by President Franklin Roosevelt, the memorial honored service in World War I. The flaming sword at the memorial's center represents the defense of Paris from German forces during that conflict. In 1962, two wings were added to the memorial to represent service in World War II and the Korean War.

In Honor to the 16th President , one of the most remembered presidents, as he has abolished slavery.

You will have the change to see the site where the third Plane crashed back in September 2001. It's believe that's one of the Largest Office Building in the whole World.

The Vietnam Veterans Memorial pays tribute to members of the U.S. Armed Forces who fought in the Vietnam War.

The Arlington National Cemetery is the country’s largest military cemetery and serves as the final resting place for more than 400,000 military veterans and their immediate family from the fronts of Iraq and Afghanistan, as well as World Wars I and II, the Korean conflict, Vietnam, the Cold War and America’s Civil War.

Please bring a valid for of identification with you- passports accepted by security to enter.

The United States Marine Corps War Memorial represents this nation's gratitude to Marines and those who have fought beside them. While the statue depicts one of the most famous incidents of World War II, the memorial is dedicated to all Marines who have given their lives in defense of the United States since 1775.

Informacion Adicional
"Confirmation will be received at time of booking"
"If canceled due to the weather, you will be given the option of an alternative date or to a full refund"
"Wheelchair accessible"
"Stroller accessible"
"Service animals allowed"
"Near public transportation"
"Infant seats available"
"Transportation is wheelchair accessible"
"Surfaces are wheelchair accessible"
"There is enough space for wheelchair"
"Most travelers can participate"
"This experience requires good weather. If it’s canceled due to poor weather, you’ll be offered a different date or a full refund"
"This is a private tour/activity. Only your group will participate"
"Face masks required for travelers in public areas"
"Face masks required for guides in public areas"
"Face masks provided for travelers"
"Hand sanitizer available to travelers and staff"
"Social distancing enforced throughout experience"
"Regularly sanitized high-traffic areas"
"Gear/equipment sanitized between use"
"Transportation vehicles regularly sanitized"
"Guides required to regularly wash hands"
"Regular temperature checks for staff"
"Temperature checks for travelers upon arrival"
"Paid stay-at-home policy for staff with symptoms"
"Contactless payments for gratuities and add-ons"
"Just enjoy and be safe."

Duración: 4 Hours
Lugar de comienzo: Traveler pickup is offered
A professional Tour Guide from Continental City Tours will come to pick you up.

At a Hotel in Washington D.C. Please feel free to contact us with any questions. We appreciate your support!

If you are driving? we'll give you an address where you will be able to park your car free of charge.