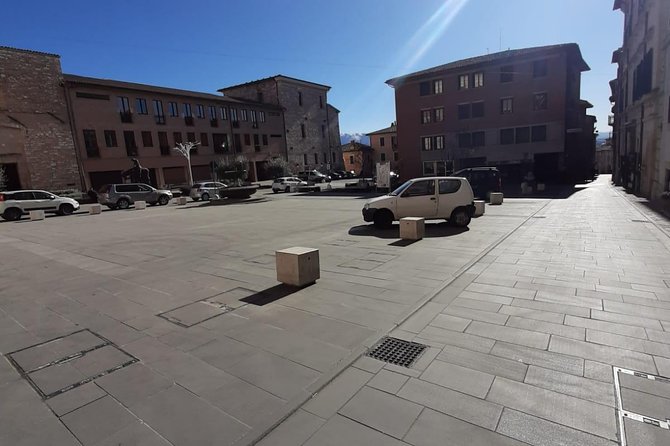 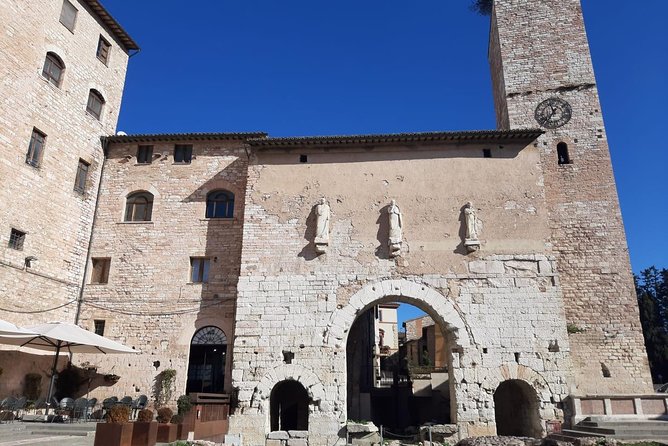 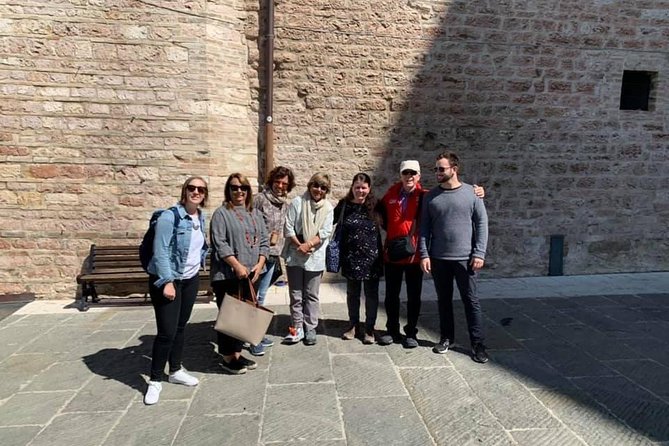 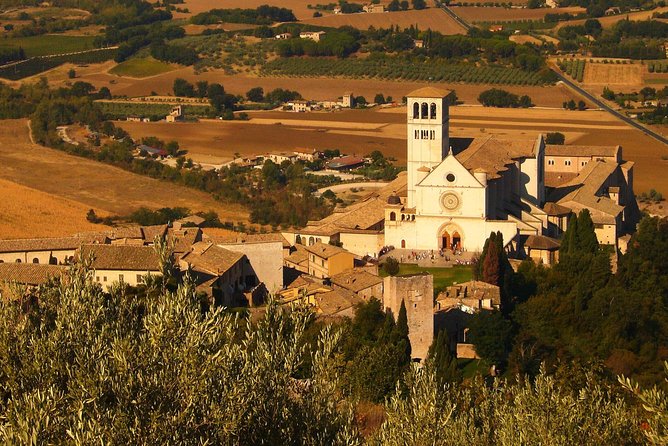 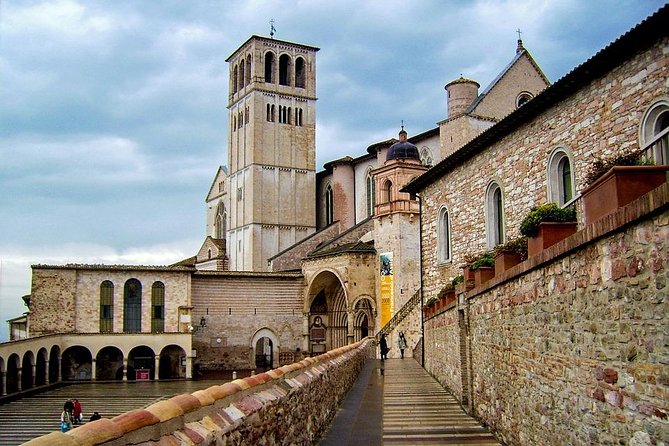 We will meet each other and start our walking tour of Assisi exploring its old Roman Ruins. We will see remains of the local Roman Amphitheatre and the beautiful Minerva Temple, which has one of the best preserved facades of Italy.

During our tour you will also experience the athmosphere of a medieval Italian hilltown by visiting local handicraft shops (pottery, carvings, embrodery, . . . ) and having a walk through typical little alleys. The focus of our tour there will be the Basilica of Saint Francis with its magnificent frescoes by Giotto (13th - 14th C. ), one of the most important artists of Italy in the Middle Ages.

After a lunch break (not included) we will move to Spello which is another really authentic hilltown of Umbria famous for its by flowers decoreted little streets. In Spello you will also enjoy Renaissance art by Pinturicchio a 15th Century painter who has also worked in the Vatican in Rome.

Erected in 1615 on the remains of a building believed to be the home of St. Francis. The building’s architecture design is from the Renaissance period. The façade, built of brick, is divided by four pillars supporting a Doric entablature, with attic gable, above which rises a hemispherical dome.

Spello is another really authentic hilltown of Umbria famous for its by flowers decoreted little streets. In Spello you will also enjoy Renaissance art by Pinturicchio a 15th Century painter who has also worked in the Vatican in Rome.

In Spello you will also enjoy Renaissance art by Pinturicchio a 15th Century painter who has also worked in the Vatican in Rome.

Informacion Adicional
"Confirmation will be received at time of booking"
"Not wheelchair accessible"
"For the transfer to Spello we will have a private van with driver"
"Near public transportation"
"Infants must sit on laps"
"Travelers should have a moderate physical fitness level"
"A dress code is required to enter places of worship and selected museums. No shorts or sleeveless tops allowed. Knees and shoulders MUST be covered for both men and women. You may risk refused entry if you fail to comply with these dress requirements"
"Please notice: on Sundays, big Catholic holidays and National holidays, guided tours inside the Basilica of St. Francis ar forbidden. You guide will explain to you the church from outside, and you will enter alone on silence."
"This is a private tour/activity. Only your group will participate"