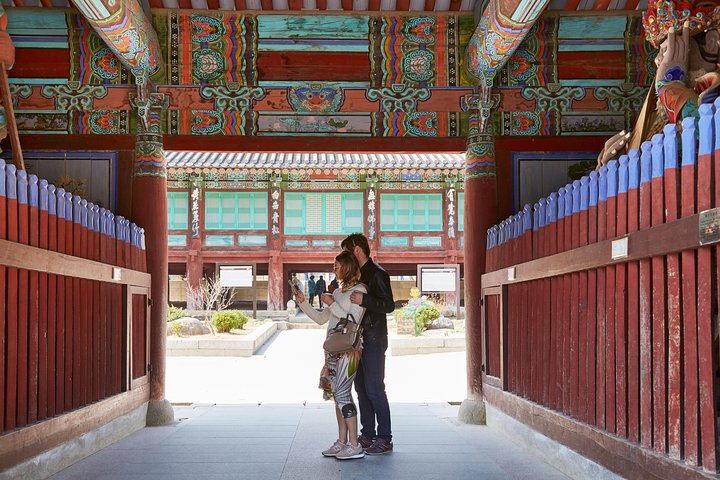 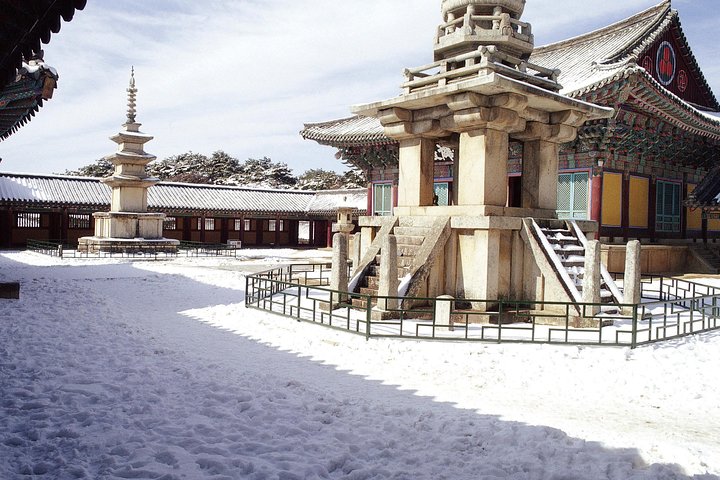 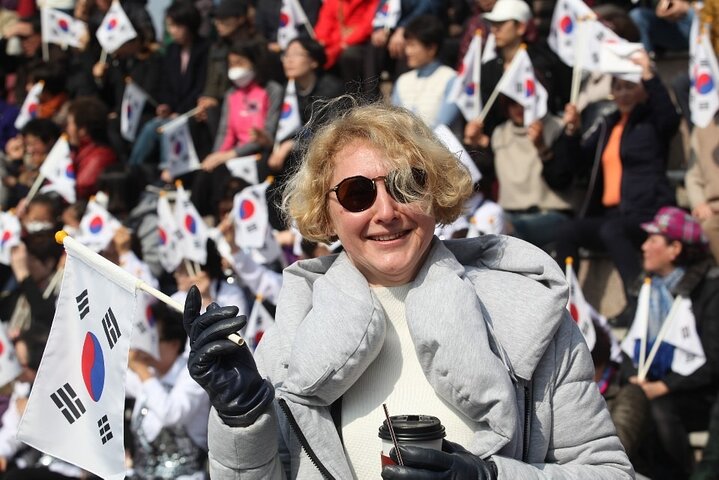 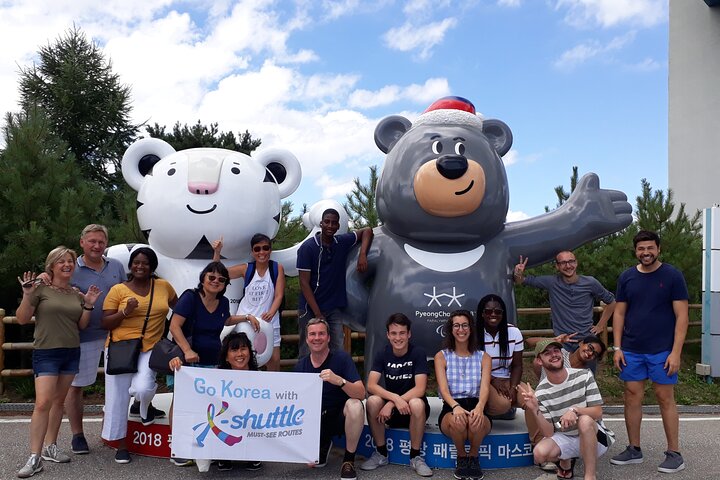 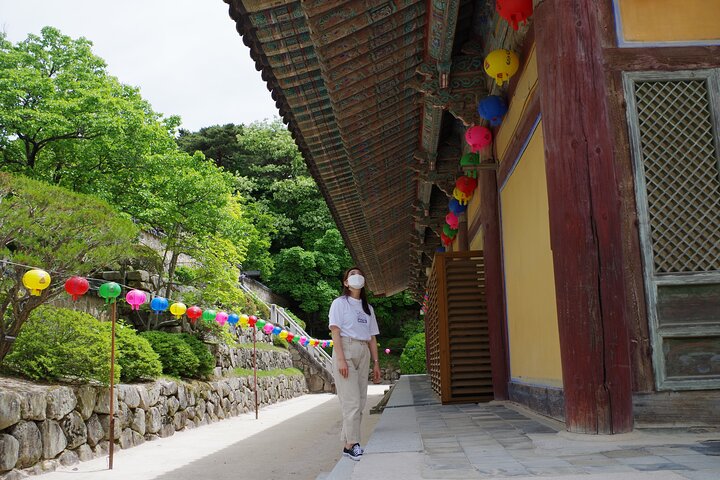 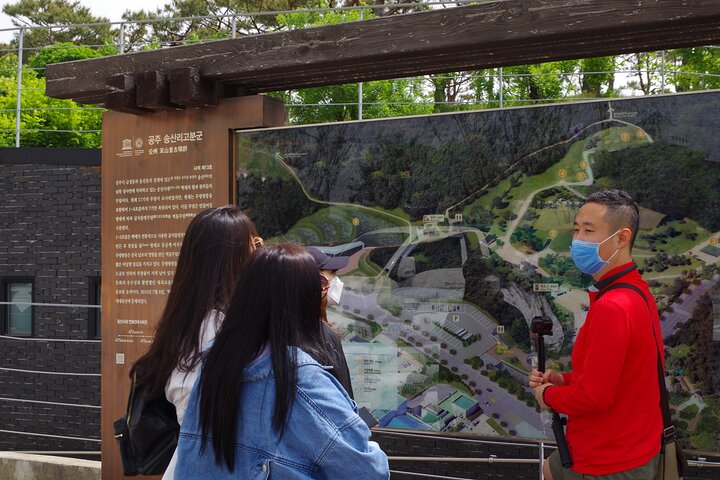 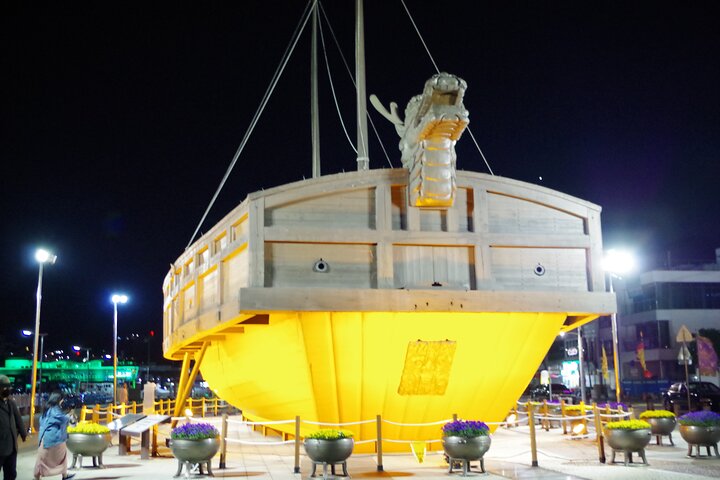 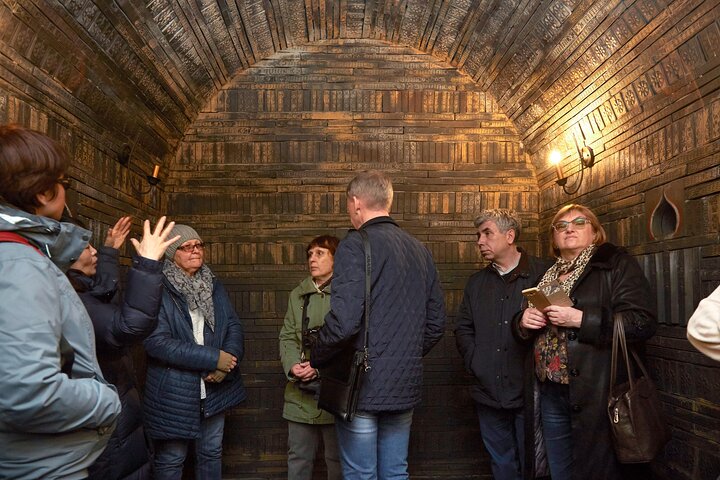 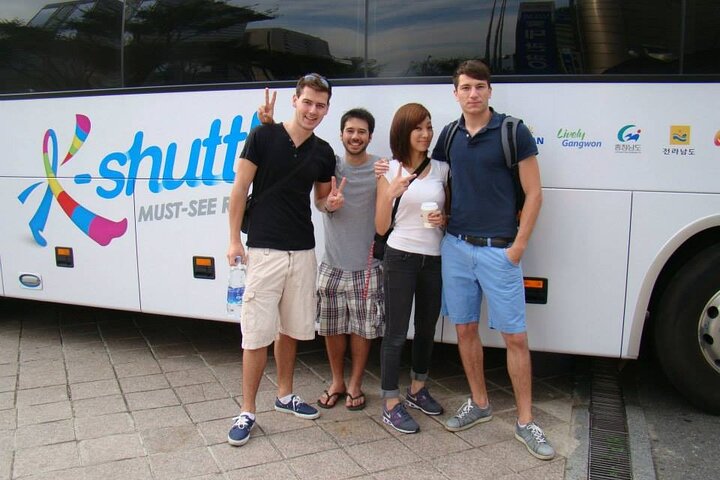 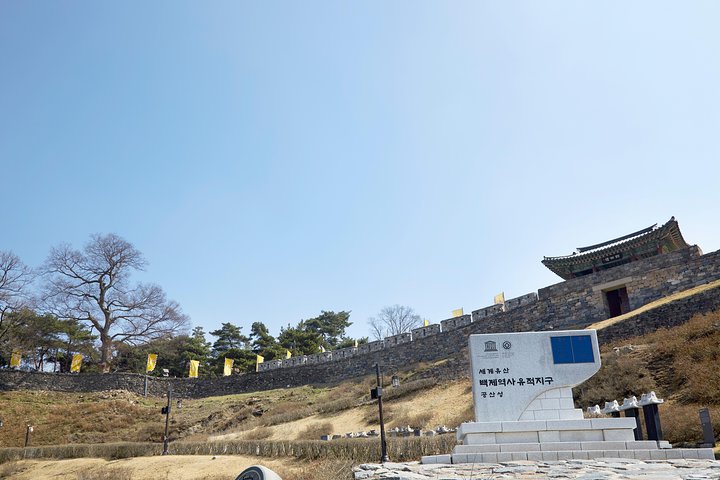 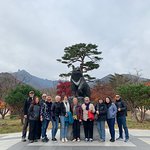 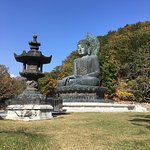 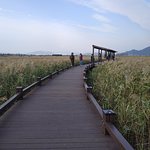 See the standout sights of South Korea on an action-packed 5-day tour! With a guide, travel counterclockwise around the country from Seoul, stopping at must-see cities like Yeosu and Busan to visit monuments, plantations, markets, preserved folk villages and more. Hear tales of bygone dynasties at historical sites such as Gongsanseong Fortress, discover the countryside at Mt Seorak National Park and learn about the 2018 Pyeongchang Winter Olympic Games. Four-star hotel accommodation is included.

The popular Tomb of King Muryeong is the 7th tomb, and it is the resting place for Baekje's 25th King Mu-Ryeong and his queen. This tomb was discovered accidentally when installing pipes to prevent tombs number 5 and 6 from being flooded. Tomb of King Muryeong was found to be unusual in the way it was built and what it contained. It was built with bricks like the 6th Tomb, and many national treasures were found inside, supplying scholars studying Baekje culture with precious research material.
Duration: 2 hours

Stop At: Gongju Gongsanseong Fortress, 280 Ungjin-ro, Gongju-si, Chungcheongnam-do, Gongju, Chungcheongnam-do South Korea
Located in Gongju-si, Gongsanseong Fortress is a mountain castle which was established during the Baekje. Enjoy the breathtaking view of the Geumgang riverside right here. Follow the trail path a little further up and Imryugak Pavilion appears, known as the largest of its kind within the fortress. It is worth the visit for its historical and cultural significance, and also for the beautiful view Geumgang riverside and the castle’s trail.
Duration: 1 hour

Jeonju Hanok Village is especially beautiful for its unique roof edges, which are slightly raised to the sky. A part

of Hanok has been set aside so that tourists can experience traditional Korean life, called Hanok Life Experience

The food provided is very traditional, which adds to the traditional ambience. At Jeonju Hanok Village, visitors can

enjoy traditional Korean life and traditional foods like bibimbap, the most well known dish from the Jeonju region.
Duration: 2 hours

Stop At: May 18th National Cemetery, 200 Minju-ro, Buk-gu, Gwangju 61045 South Korea
The May 18th National Cemetery, located in front of Mudeungsan Mountain, is the symbol of freedom and democracy and is the grave of victims during the contention for democracy in May 1980. Victims were carried and buried by handcarts and garbage trucks in 1980. In 1997 the cemetery was exhumed and reburied at this memorial. May 18th became a national holiday of commemorating the people's desire for democracy.
Duration: 2 hours

The Suncheon Bay Garden was established in order to turn 1.12 square kilometers of natural habitat into a conservation area, where it houses over 505 species of trees and 113 species of flowers. Especially, the numerous groups of tulips and royal azaleas are truly a sight to see. In addition, the nearby 30,000-square-meter field of canola flowers is in full bloom in May, which creates a beautiful yellow "wave" of color and trees make a great shades of canopy for the area.
Duration: 2 hours

Stop At: Statue of Admiral Yi Sun-Sin, Sejing-ro, Jongno-gu, Seoul South Korea
During the Japanese invasion of the Imjin Waeran War (1592~1598), Admiral Yi Sun-shin decided this site should be used as his headquarters. For this reason, the site displays a lot of artifacts honoring his heroic endeavors in protecting the country. Including the items on display indoors, the hall itself was designated as National Treasure No. 304 in 2011.
Duration: 2 hours

Stop At: Haeundae Beach, Haeundae-gu, Busan South Korea
Located near Haeundae Beach, it not only offers a spectacular view of the beach, but also has the appearance of a reputable international conference hall featuring both modern and natural beauty.

Nurimaru APEC House has been used as a memorial hall and a prestigious international conference hall since the APEC summit meeting. Its interior design is a visual display of Korea’s creative traditional culture.
Duration: 2 hours

Seokguram is known to have been built with Bulguksa Temple. Designated as a World Cultural Heritage Site by UNESCO in 1995, it is an artificial stone temple made of granite.
Duration: 2 hours

Stop At: Bulguksa Temple, Bulguksa 385 Bulguk-ro, Gyeongju, Gyeongsangbuk-do 38127 South Korea
Bulguksa Temple is the representative relic of Gyeongju and was designated as a World Cultural Asset by UNESCO in 1995. The beauty of the temple itself and the artistic touch of the stone relics are known throughout the world.
Duration: 1 hour

Hahoe Village, along with Yangdong Village in Gyeongju, was added to the UNESCO World Heritage List under the category of “Historic Villages in Korea” on July 31, 2010.
Duration: 2 hours

As the main venue for the Pyeonchang 2018 Winter Olympic Games, Alpensia Resort has recently been the subject of buzz across the nation and within the international sports community. Visitors are able to enjoy the wide-open view of the beautiful scenery
Duration: 2 hours

Mt. Seorak National Park, the peaks of the Seorak Mountains break through the clouds while jade-like water flows through the valleys, creating breathtaking views and making this Korea most famous national park

there is a great bronze statue called Bronze Jwabul Statue, which is well over 10 meters high. Just beyond the statue, which is on a granite terrace, there is a bridge to the right called Hyeonsugyo, which was newly built for crossing the ravine.

The best way to see Seoraksan Mountain if you only have a limited time, is by taking the Seorak Cable Car.
Duration: 2 hours

Informacion Adicional
"Confirmation will be received within 48 hours of booking, subject to availability"
"Warm clothes are recommended during winter months"
"A moderate amount of walking is involved; good walking shoes are recommended"
"Itinerary and hotels are subject to change due to weather, traffic and other unforeseen local circumstances"
"Luggage allowance is one carry-on bag which measures approx. 24" x 16" x 11""
"Passport name, number, expiry and country of issue are required at time of booking for all participants"
"You may choose single room or double room accommodation at checkout. If groups booking with an odd number choose double room accommodation, three people will share one double room and a pullout bed will be available for the third person at no extra charge. Please inform the tour operator at the time of booking if you would like to arrange a double room with a third pullout bed. If three people do not wish to share one double room then one person can book a single room"
"Child price applies for children age 3 to 5 if they share a bed with an adult; if a child sleeps in their own bed they must pay the full adult price"
"If your booking party is one adult and one child then the child must book as an adult"
"Infants age 2 and younger are free"
"One person can book the tour, but a minimum of two people are required for this tour to operate. There is a possibility of cancellation after confirmation if there are not enough passengers to meet this requirement. In the event of this occurring, you will be offered an alternative or full refund"
"Not wheelchair accessible"
"Stroller accessible"
"Near public transportation"
"Infants must sit on laps"
"Not recommended for travelers with back problems"
"Most travelers can participate"
"This experience requires good weather. If it’s canceled due to poor weather, you’ll be offered a different date or a full refund"
"This tour/activity will have a maximum of 50 travelers"