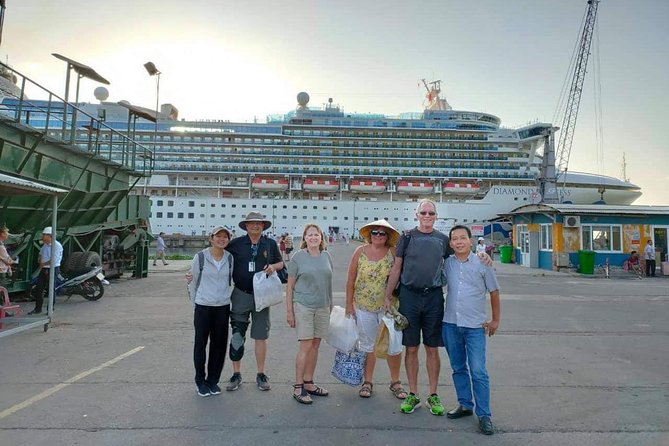 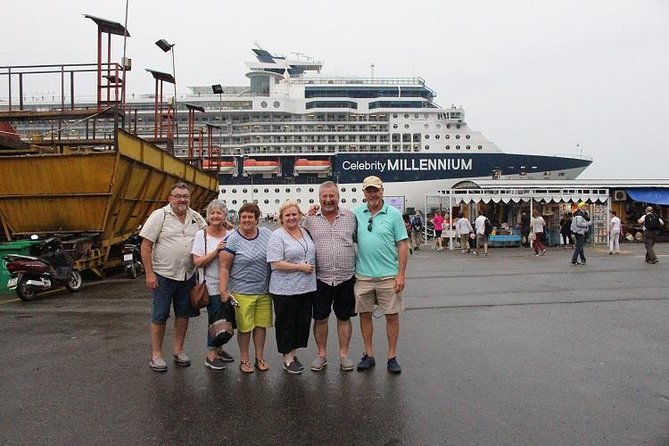 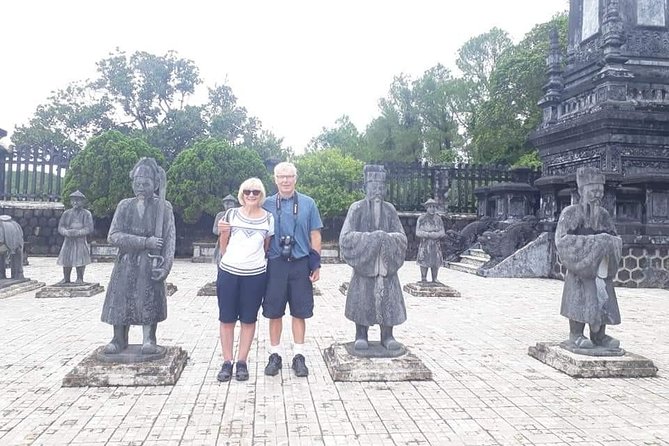 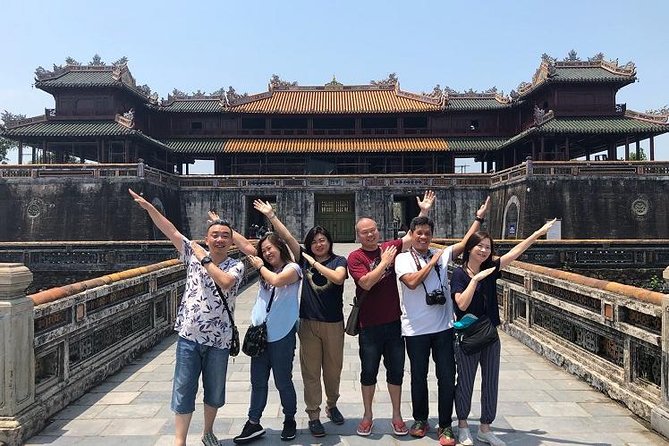 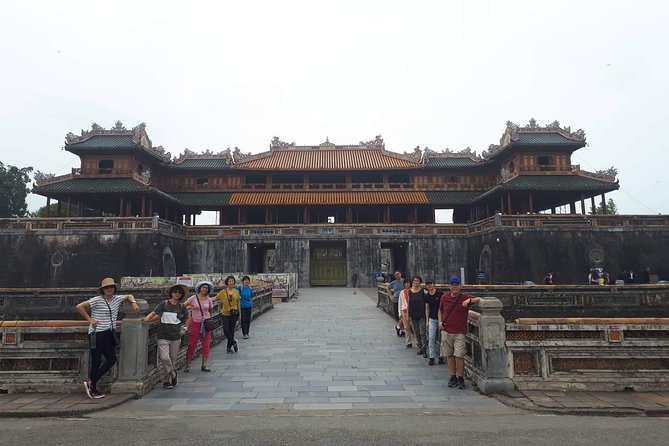 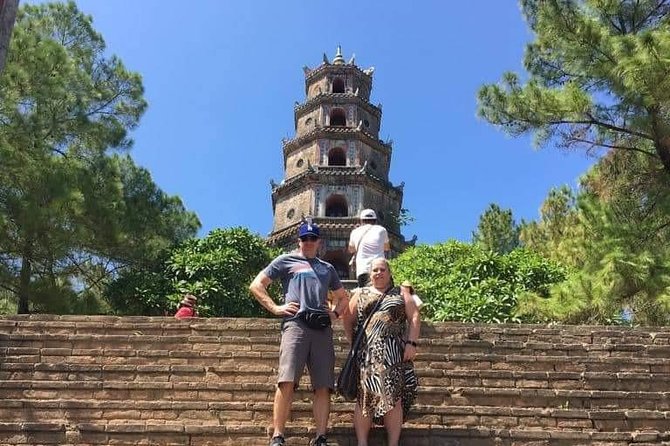 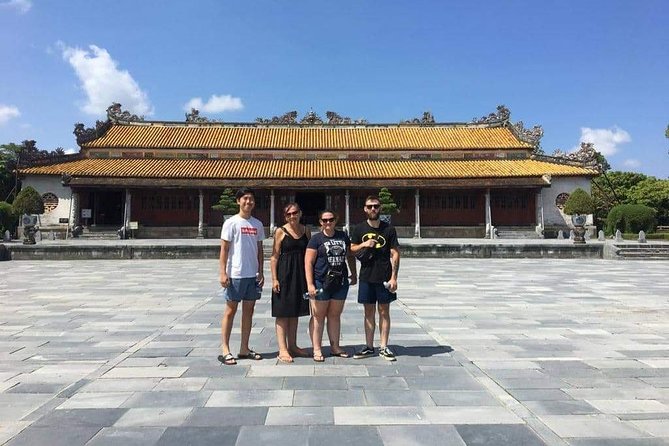 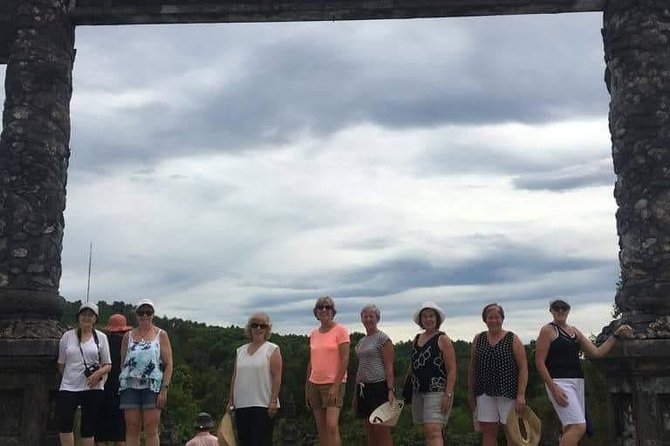 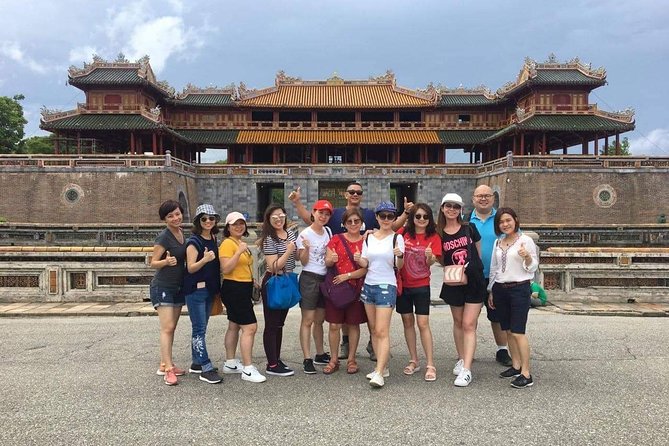 Located on the bank of Song Huong- Perfume River; Hue, the capital of Thua Thien Hue province in Central Vietnam, is 700 km southern Hanoi, 1100km northern Ho Chi Minh City, and only a few miles from the sea. Not until 1945 was Hue the national capital, the political, cultural and religious center of Vietnam under the control of Nguyen Dynasty. Most well-known for its historic values; Hue had been recognized as one of the World Heritage Sites by UNESCO.

Our professional tour guide and driver pick you up from CHAN MAY  Port (INSIDE the port)  (  Please give us Your Pick up & Drop off Time to pick up as your cruise ship schedule and you walk a few steps from the ship and  meet our guide holding your name on the sign A4.

It takes about 1.30 hours to arrive to Hue and visit the Citadel, Hue’s prime attraction, which contains the Imperial City, the Forbidden Purple City and the Emperor’s Private Residence. Hue has been known as the Imperial City of the Nguyen Emperors rising to glory during their reign from 1803 – 1945.

Visit Thien Mu Pagoda considered by many as the unofficial symbol of Hue, Thien Mu is an active Buddhist monastery with origins dating back to 1601. One of its most poignant displays is a car belonging to a former monk, who in 1963, drove to Saigon and set himself alight to protest against the South Vietnamese regime.

Visit the serene Khai Dinh Royal Tomb, designed to blend in with its natural surroundings and built on principles of feng-shui.

We will then begin our drive back to the port and we will have you back at least one hour or more before departure.

Informacion Adicional
"Confirmation will be received at time of booking"
"Not wheelchair accessible"
"At time of booking, Cruise ship passengers must provide the following information at time of booking: ship name, docking time, disembarkation time and re-boarding time"
"This is a private tour/activity. Only your group will participate"

Duración: 6 To 8 Hours
Lugar de comienzo: Chan May port, Lang Co Beach, Hue
Cancelaciones y devoluciones: For a full refund, cancel at least 24 hours in advance of the start date of the experience.