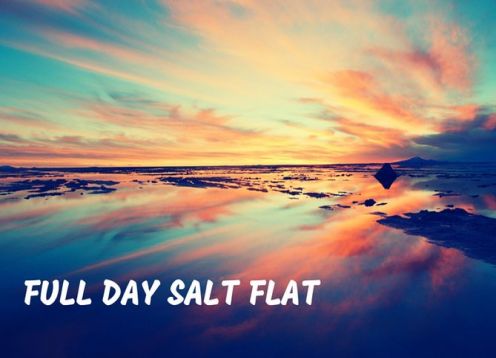 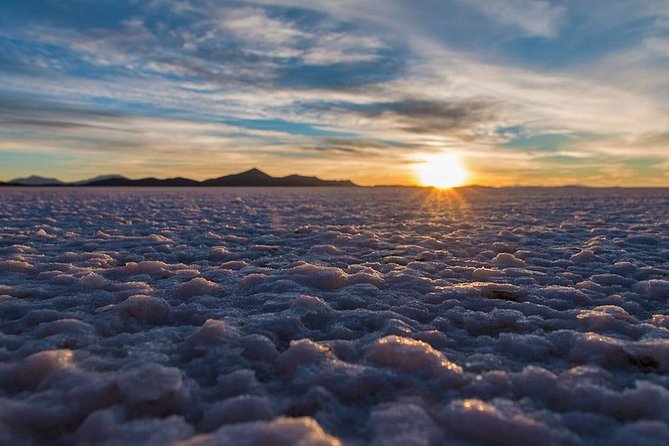 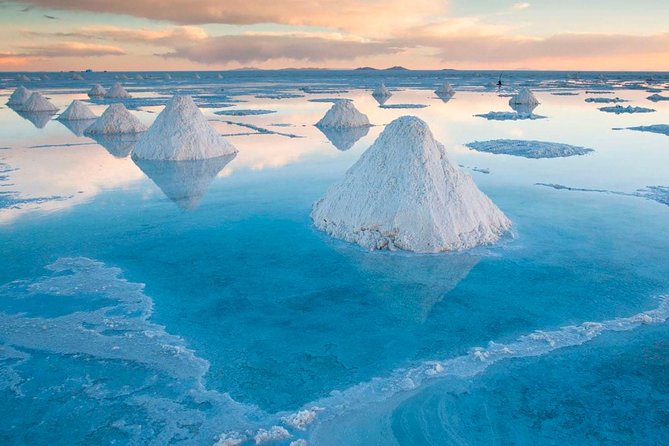 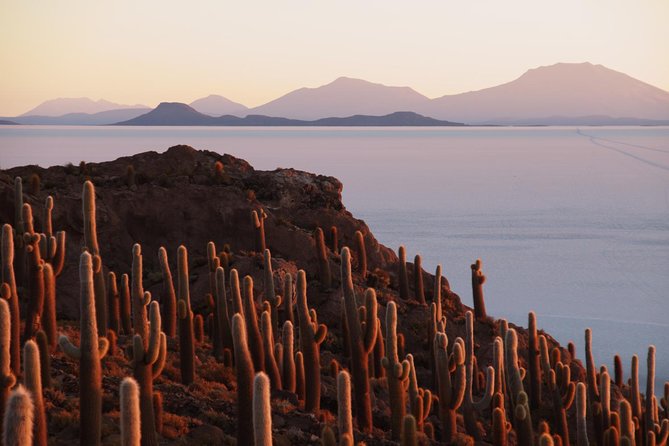 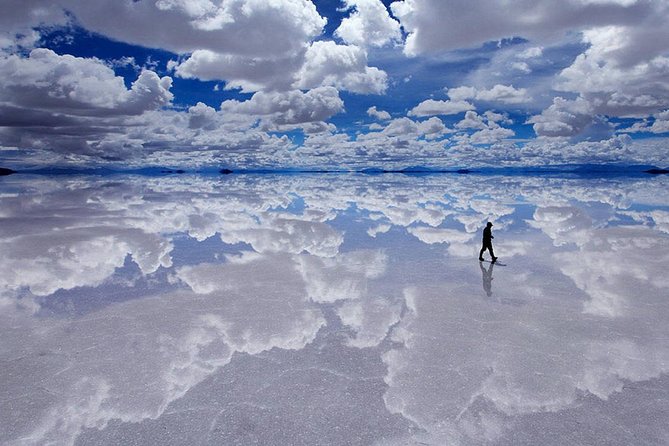 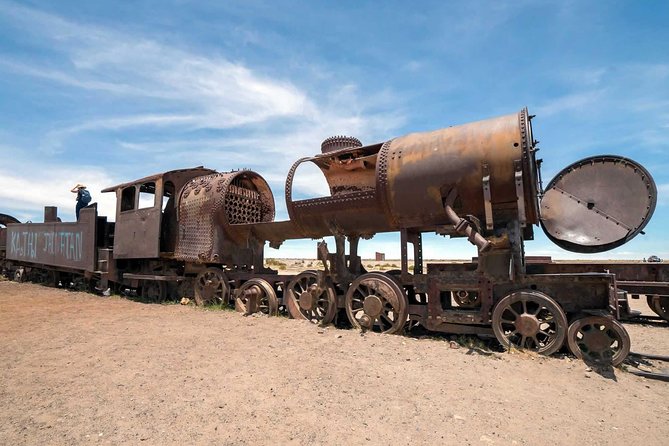 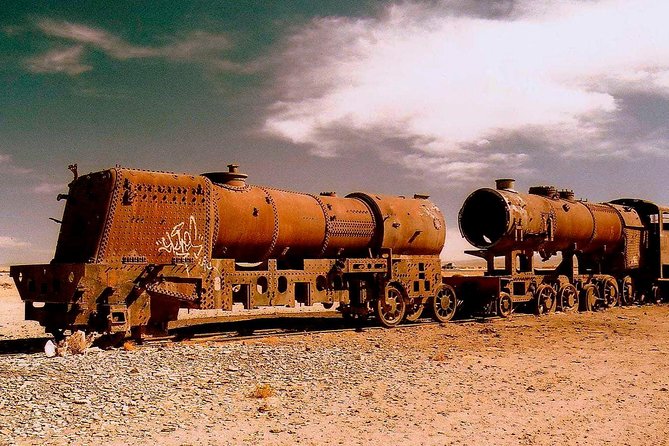 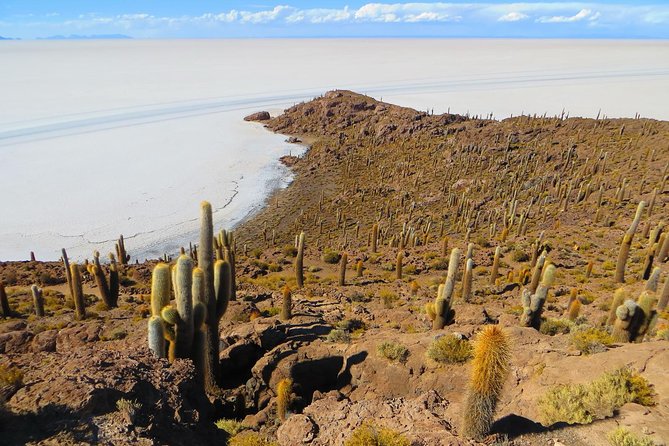 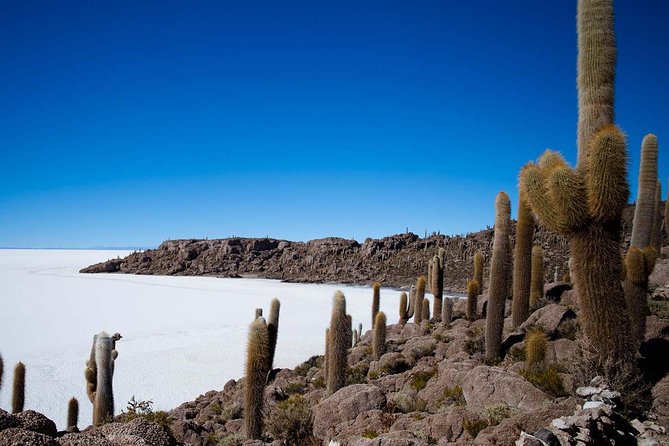 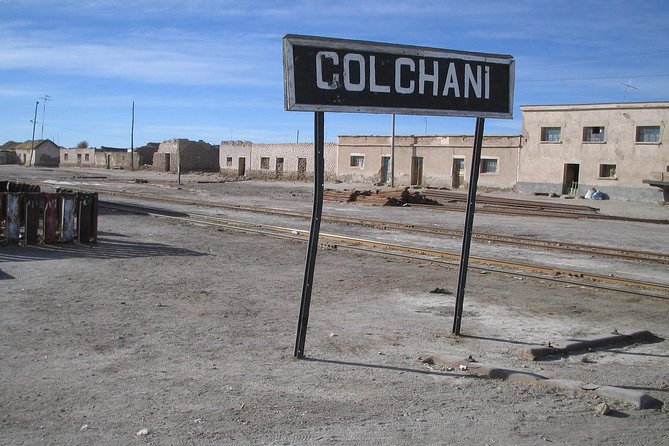 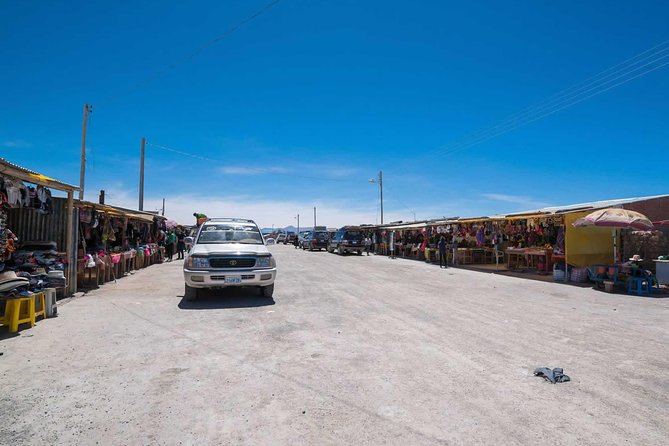 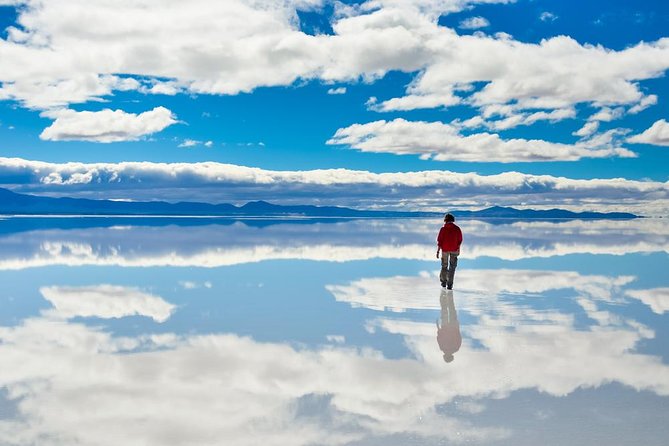 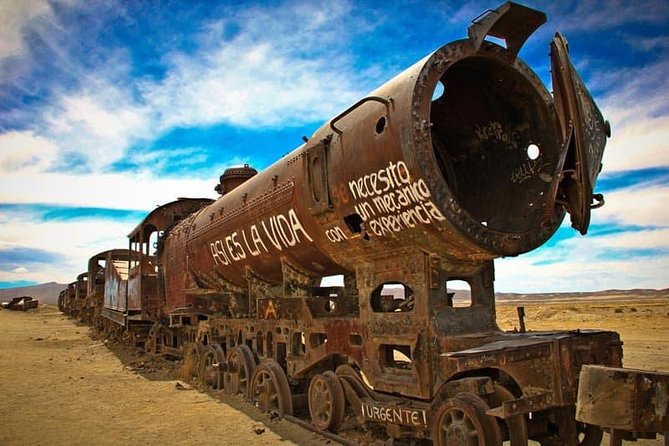 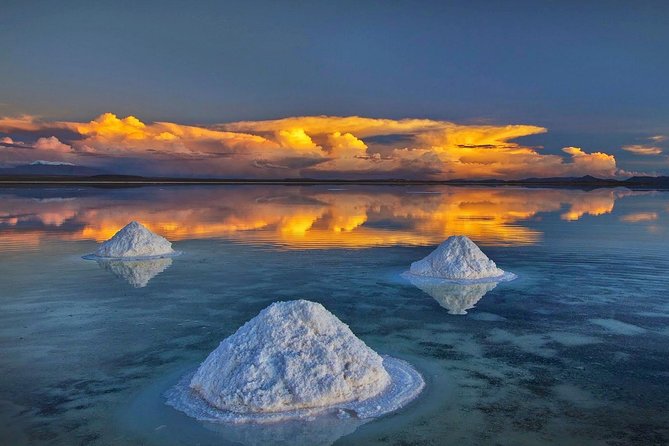 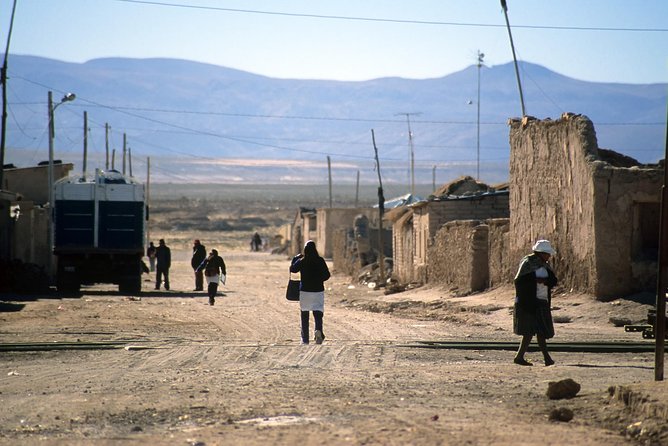 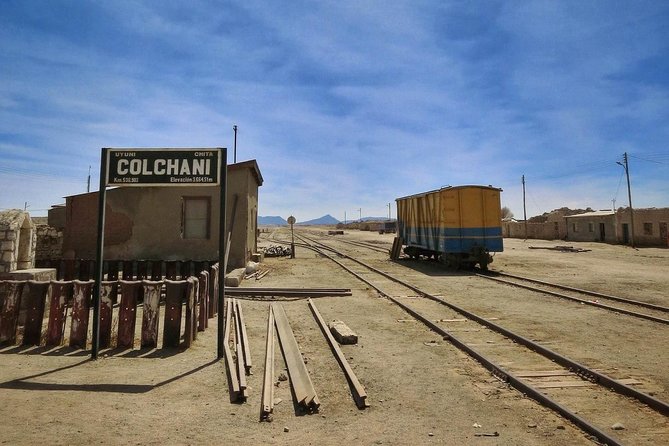 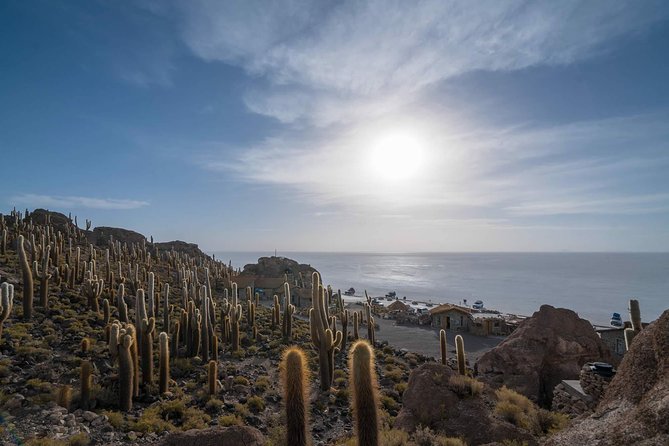 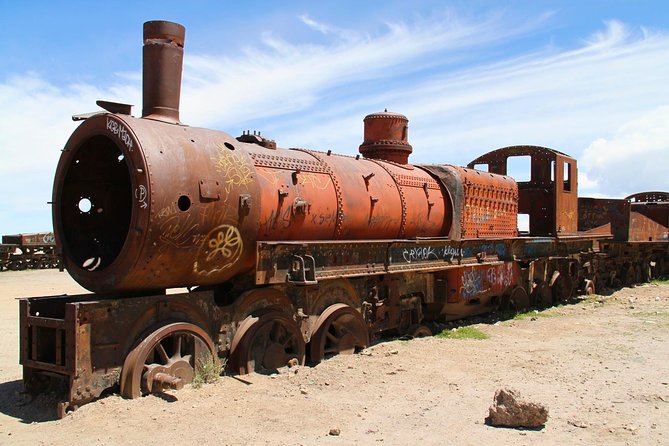 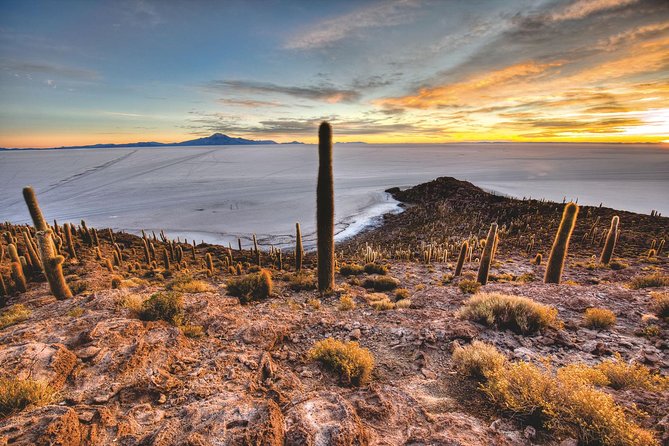 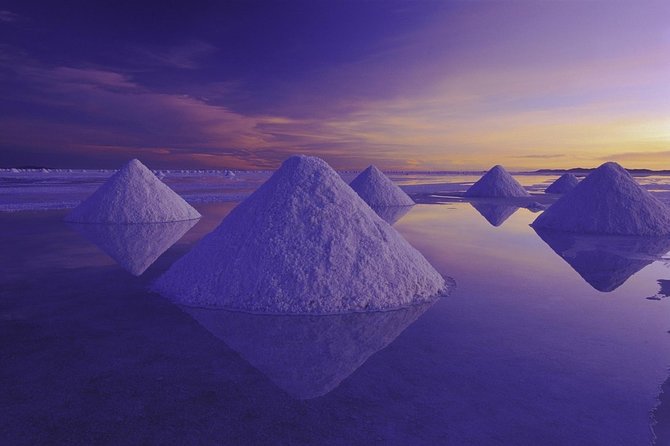 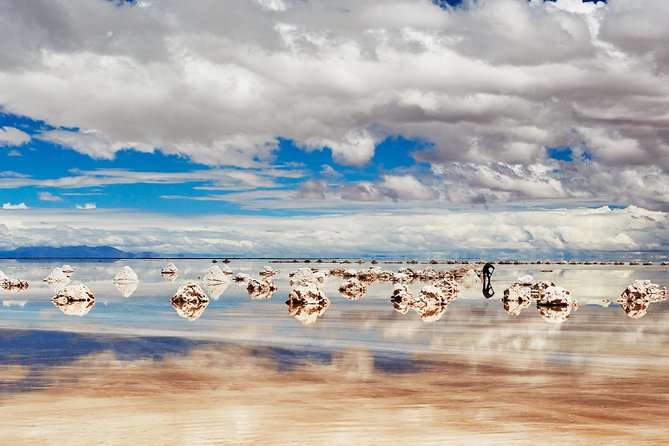 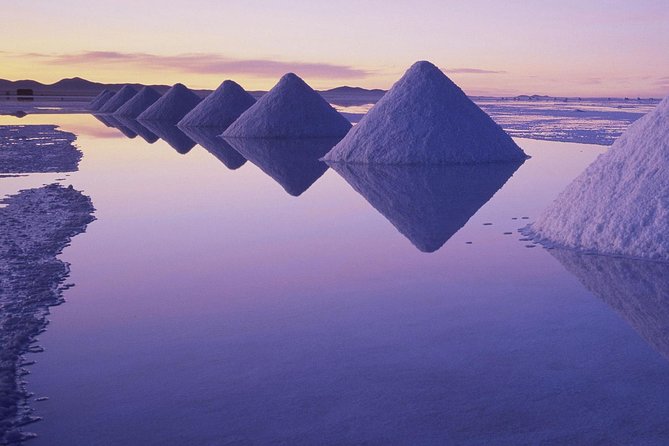 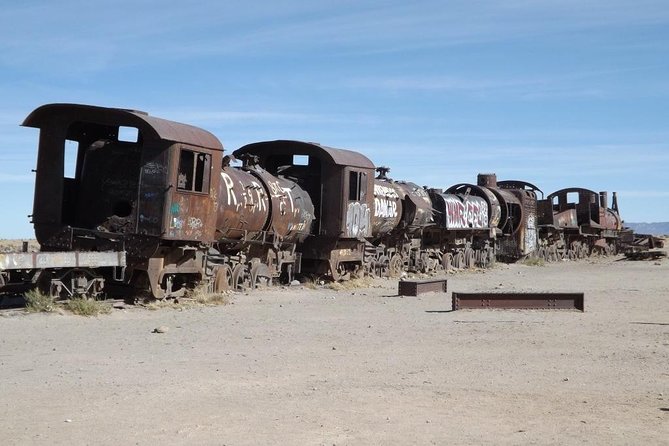 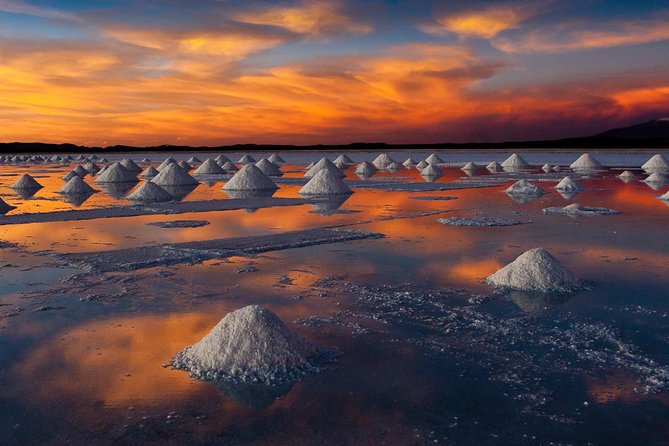 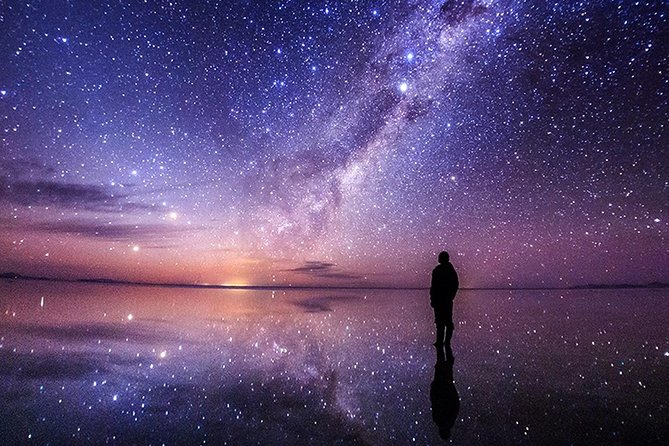 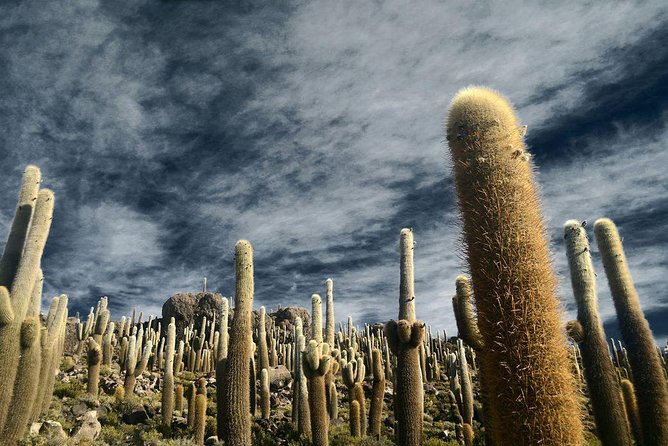 Our standard plus 1-day salt flats tour is with a maximum of 6 people to a vehicle and a Spanish-speaking guide. Classic 1-day salt flats tour for the budget backpacker - extremely popular tour leaving daily from Uyuni. A unique place in the world and a must on any trip to Bolivia. This is the best option if you are traveling on a budget but don't want to miss out on this amazing experience.

We will start the tour with a visit to the train cemetery around three kilometers awThe town served in the past as a distribution hub for the trains carrying minerals on their way to the Pacific Ocean ports. The train lines were built by British engineers who arrived near the end of the 19th century and formed a sizable community in Uyuni. The engineers were invited by British-sponsored Antofagasta and Bolivia Railway Companies, which is now Ferrocarril de Antofagasta a Bolivia. The rail construction started in 1888 and ended in 1892. It was encouraged by the then Bolivian President Aniceto Arce, who believed Bolivia would flourish with a good transport system, but it was also constantly sabotaged by the local indigenous people who saw it as an intrusion into their lives. The trains were mostly used by the mining companies. In the 1940s, the mining industry collapsed, partly due to the mineral depletion. Many trains were abandoned thereby producing the train cemetery.

Just outside the Salar de Uyuni salt flats lies the quaint salt-processing village of Colchani. This tiny village of just over 600 people is home to Bolivia’s largest salt-processing cooperative. Years ago, the inhabitants of Colchani used to exploit salt to exchange with other indigenous communities. Every year packs of llamas would travel incredible distances (up to 560km to Tarija) carrying salt, returning with coca, maize and other goods not produced in the Altiplano. This has since changed with the improvement of transport infrastructure and the salt is now sold by the cooperative in Bolivia and Brazil.

The Salar de Uyuni contains an estimated 10 billion tonnes of salt, with an impressive 25,000 tonnes of it excavated and processed at Colchani annually. During your stop in Colchani you can see handicrafts made of salt, and textile art made of llama and alpaca. This is the perfect opportunity to buy authentic Bolivian souvenirs to bring home.

The tour also includes a visit to a traditional salt factory where a local will teach you the process of extraction and refinement of salt. Despite this tour of the salt factory is free, those who take it are expected to give the local a donation for his time and effort. The tour is highly recommended if you’re interested in learning about how salt ends up on your kitchen table.

Continuing the tour, we will enter the iconic Salt Flats. We will stop to see the extraction of salt and eyes of salt (water holes where underground water sprouts). After marveling, we continue on our way and arrive at the Sal Playa Blanca hotel which was the first salt hotel in the region but due to the negative environmental impact it currently only works as a museum.

After lunch, we will be visiting the cactus island or Isla Incahuasi, the most visited island on the Salt Flats. This hilly and rocky outcrop of land and former island in Bolivia situated in the middle of Salar de Uyuni. Incahuasi has a total area of 24.62 hectares (61 acres) and hosts gigantic cacti (Trichocereus pasacana) and a tourist center. There are unusual and fragile coral-like structures and deposits that often consist of fossils and algae. The place is the top of the remains of an ancient volcano, which was submerged when the area was part of a giant prehistoric lake, roughly 40,000 years ago. From the top of the island, you would get a 360 degrees view of the world's largest salt flats - Salar De Uyuni.

From here we will be returning to Uyuni.