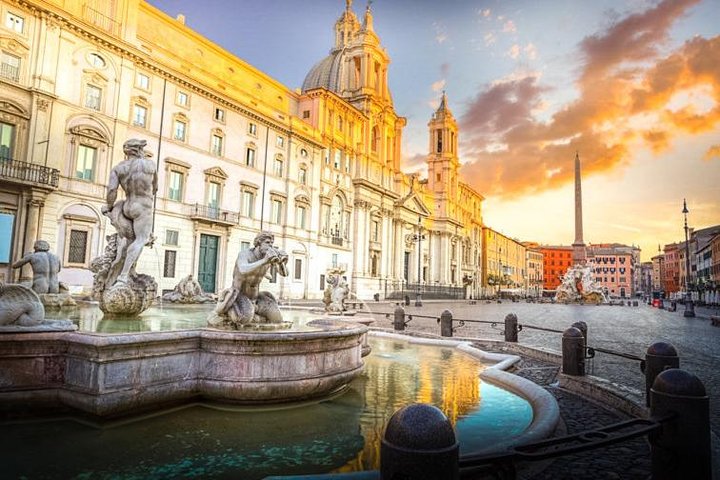 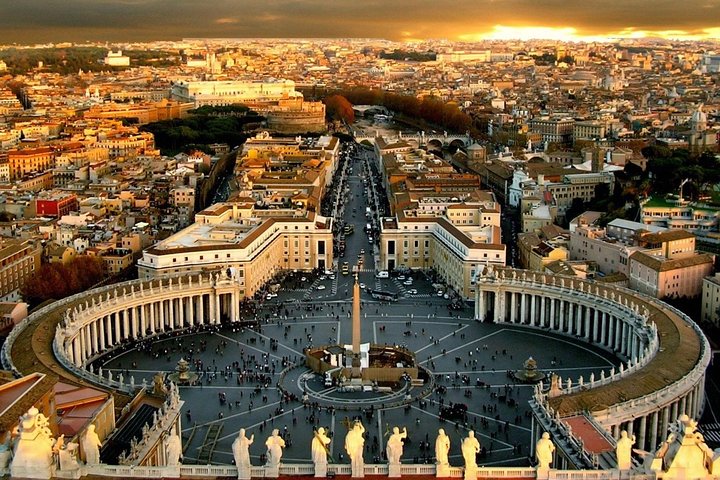 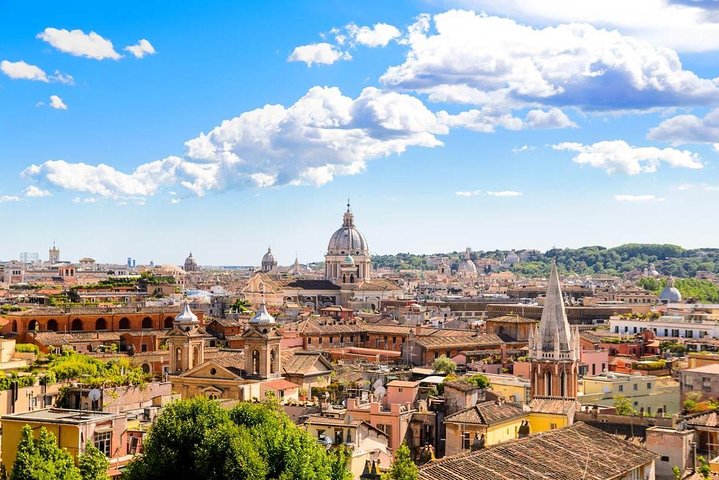 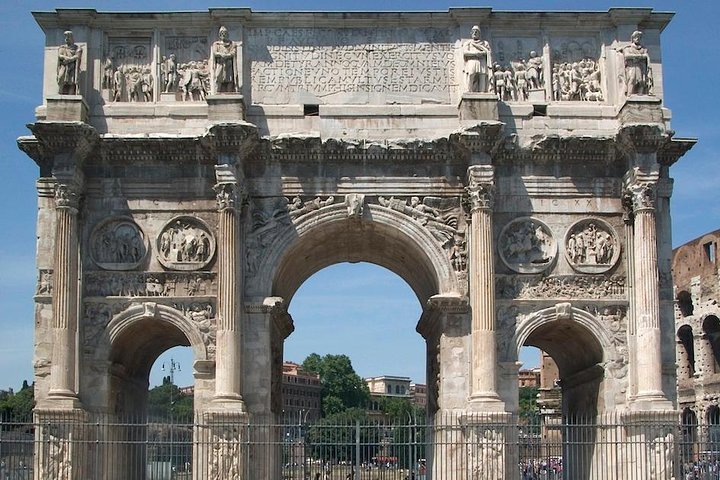 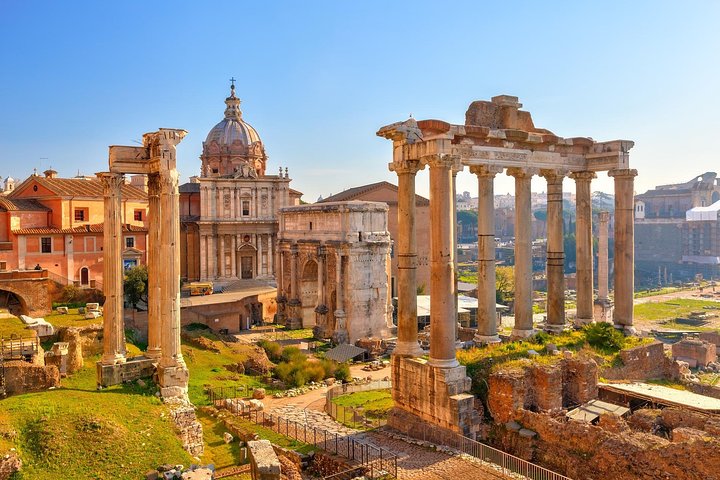 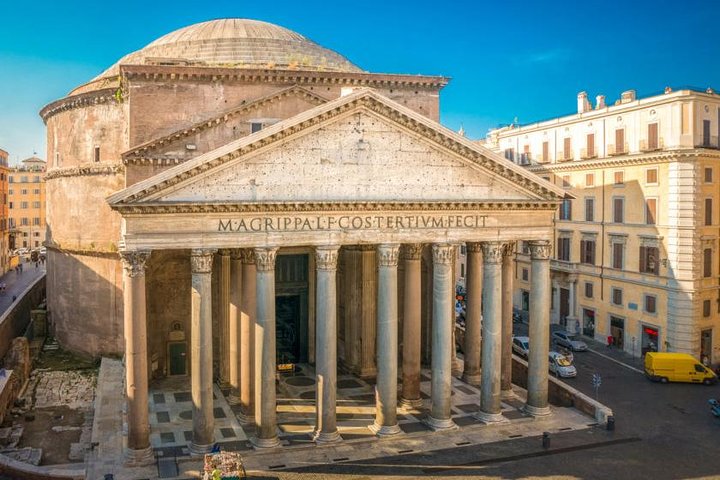 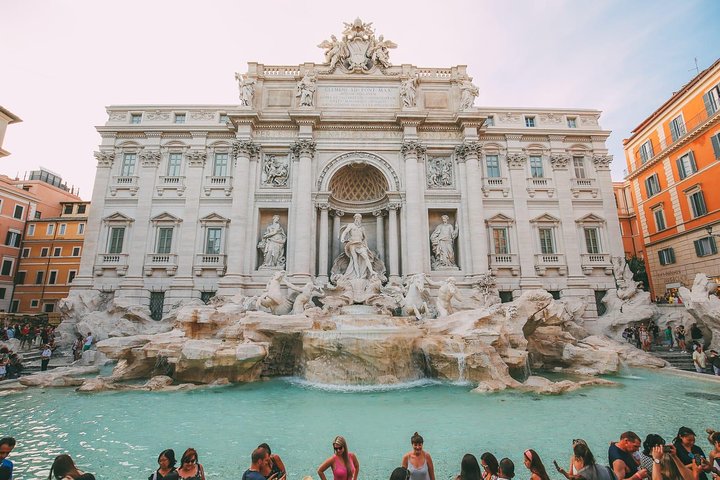 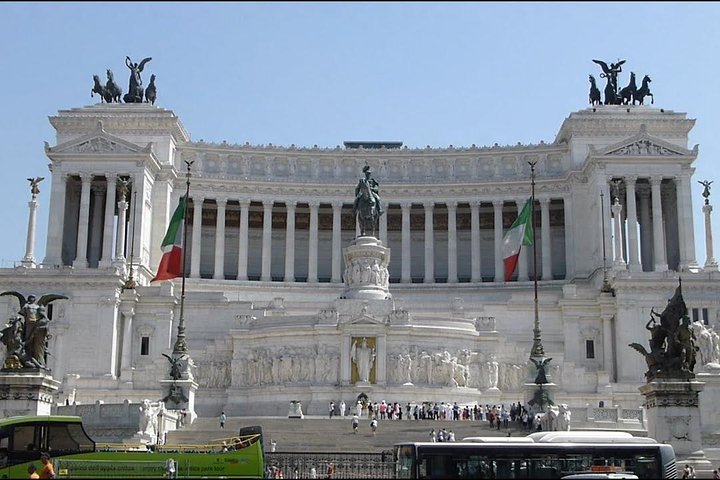 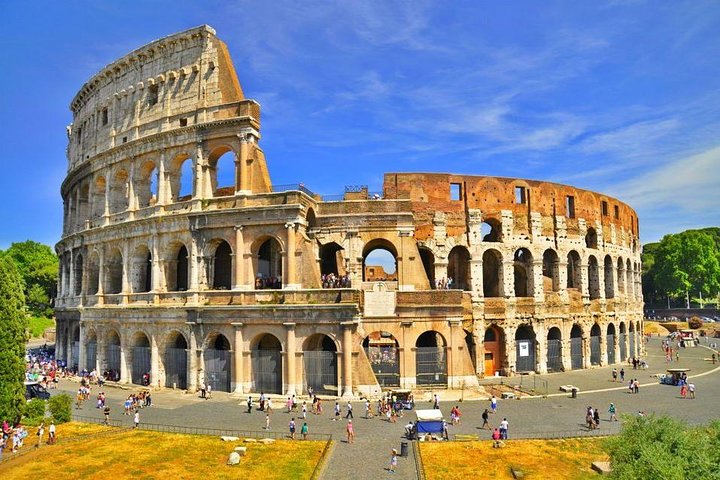 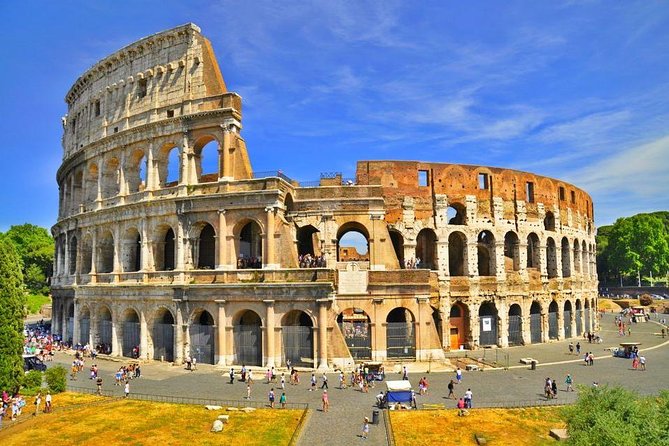 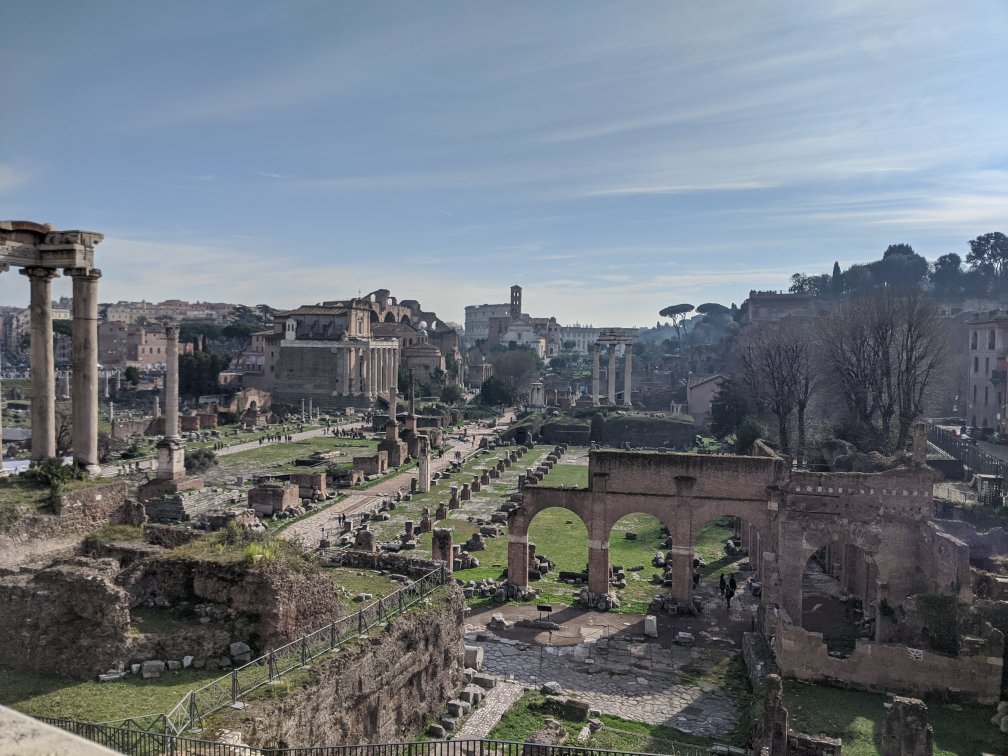 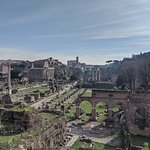 Our excursion is fun and a relaxing way to travel.We offer companionship, ease, efficiency and personal attention .The tour is intentionally small, we guarantee no more than 8 participants per vehichle. Our drivers are a blend of personal guide, destination expert, magician , diplomat with incredible driving skills. This is the way to see Rome!!

This Vip Shore Excursion starts in Rome after a 90 minute-drive from the pier. The tour consists of a full-day Small group tour ( no more than 8 members in the van) of Rome with a brilliant English speaking driver. He will pick you up dockside and return you to the same place at the end of the day.

Our first stop will be the fascinating Colosseum. It is an imposing construction that, with almost 2,000 years of history, will bring you back in time to discover the way of life in the Roman Empire.

The construction of the Colosseum began in the year 72 under the empire of Vespasian and was finished in the year 80 during the rule of the emperor Titus. After completion, the Colosseum became the greatest Roman amphitheatre, measuring 188 meters in length, 156 meters in width and 57 meters in height. We can provide skip the line tickets, pay 20 euro per person to the driver.

The Arch of Constantine is located along the Via Triumphalis in Rome, and it is situated between the Flavian Amphitheater (better known as the Colosseum) and the Temple of Venus and Roma. This location was significant, as the arch was a highly visible example of connective architecture that linked the area of the Forum Romanum (Roman Forum) to the major entertainment and public bathing complexes of central Rome.

The Circus Maximus was the largest stadium in ancient Rome. Popular chariot races were held here for almost a millennium. At one point the Circus could seat 250,000 people, one quarter of Rome's population.

Palatine Hill is the centermost of the famous seven hills of Rome. Located in between such attractions as the Circus Maximus, the Colosseum, and the Roman Forum, evidence from archaeological digs demonstrates that the hill was inhabited as long ago as the tenth century BC.

The Capitoline Hill is the smallest and most important of the seven hills of Ancient Rome. As the political and religious heart of Rome the hill became a symbol of Rome's reign as Caput Mundi, capital of the world.From here you may enjoy an incredible view of the Roman Forum.

Officially known as the Monumento Nazionale a Vittorio Emanuele II, the enormous white marble monument that dominates Piazza Venezia was built as a tribute to the first king of a united Italy, Victor Emmanuel II.

Built more than 1800 years ago, the magnificent Pantheon still stands as a reminder of the great Roman Empire. The name Pantheon refers to the building's original function as a temple for all the gods.

The Trevi Fountain is situated at the end of the Aqua Virgo, an aqueduct constructed in 19 BC by Agrippa, the son-in-law of Emperor Augustus. The aqueduct brings water all the way from the Salone Springs (approx. 21km from Rome) and supplies the fountains in the historic center of Rome with water.

The church is built on Vatican Hill, across the Tiber river from the historic center of Rome. The location is highly symbolic: this was the site where Saint Peter, the chief apostle, died a martyr and where he was buried in 64 AD. St. Peter is considered the first pope, so it made perfect sense for the papacy to build the principal shrine of the Catholic church here. This tour does not go to the Vatican Museum.

The verdant hill of Gianicolo (or Janiculum) is dotted by monuments to Garibaldi and his makeshift army, who fought pope-backing French troops in one of the fiercest battles in the struggle for Italian unification on this spot in 1849. The Italian hero is commemorated with a massive monument in Piazzale Giuseppe Garibaldi, while his Brazilian-born wife, Anita, has her own monument about 200m away in Piazzale Anita Garibaldi; she died from malaria, together with their unborn child, shortly after the siege.

Informacion Adicional
"Confirmation will be received at time of booking"
"Wheelchair accessible"
"Stroller accessible"
"Near public transportation"
"Infants must sit on laps"
"Infant seats available"
"Transportation is wheelchair accessible"
"No heart problems or other serious medical conditions"
"Most travelers can participate"
"Our drivers can only comment and explain the sights from inside the vehicle, and are not allowed to do so once they are outside the vehicle."
"Minimum numbers apply. There is a possibility of cancellation after confirmation if there are not enough passengers to meet requirements. In the event of this occurring, you will be offered an alternative or full refund."
"This is a shared tour and you will be expected to maintain the pace of the group.If you have limited mobility we suggest to book a private tour for your best enjoyment"
"We may change the order of the sites seen due to traffic and local conditions ."
"This experience requires a minimum number of travelers. If it’s canceled because the minimum isn’t met, you’ll be offered a different date/experience or a full refund"
"This tour/activity will have a maximum of 8 travelers"
"Face masks required for travelers in public areas"
"Face masks required for guides in public areas"
"Hand sanitizer available to travelers and staff"
"Social distancing enforced throughout experience"
"Transportation vehicles regularly sanitized"
"Guides required to regularly wash hands"
"Paid stay-at-home policy for staff with symptoms"

Hora de Inicio: 07:30 AM
Duración: 9 Hours
Lugar de comienzo: Traveler pickup is offered
Driver will hold a sign with your name , dockside. Do not take any shuttle.