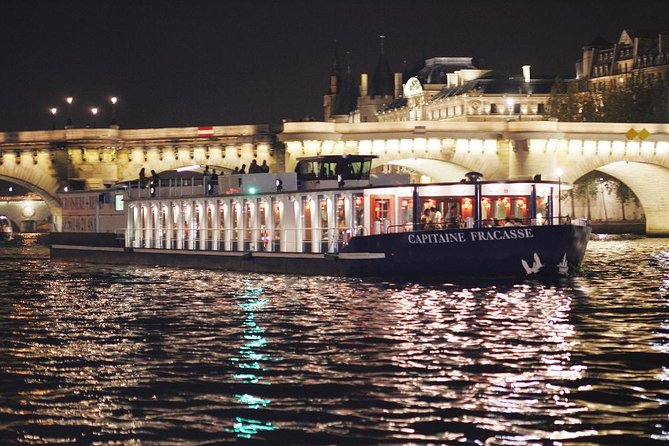 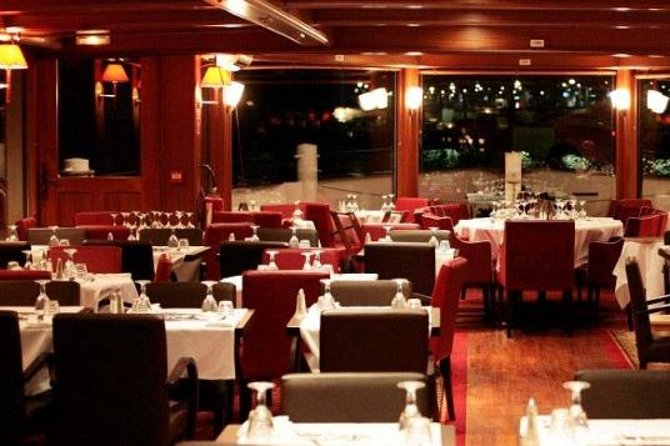 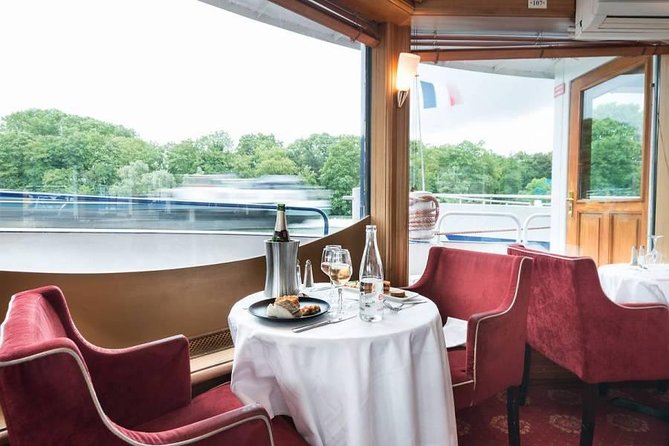 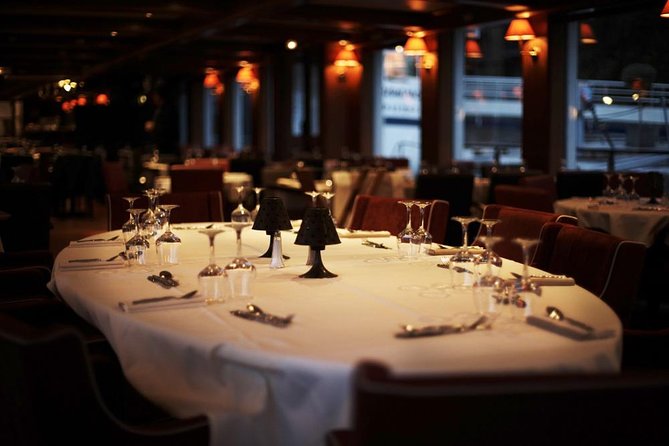 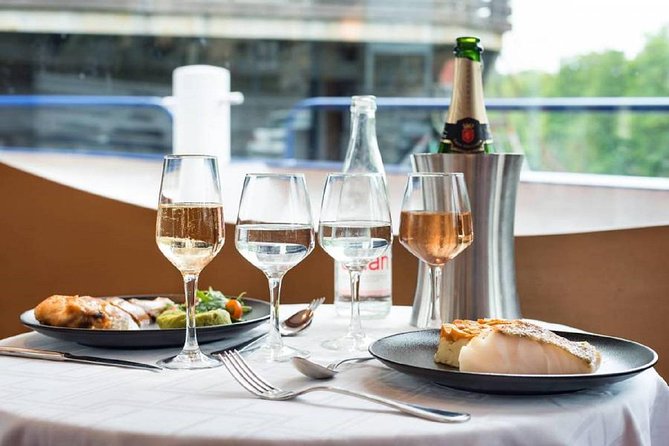 Discover the most beautiful city in the world and enjoy a 3-course meal surrounded by panoramic windows, and upgrade to include drinks such as Champagne, cocktails, wine, and coffee. Head to the top deck for open-air views and choose from four evening cruise times to suit your schedule.

The Musée d'Orsay was built in the old Gare d'Orsay. The construction of the station had been completed in 1900, for the World's Fair. It was managed by the Orléans railway company and used to serve central and South West France. The collections focus on Western painting and sculpture from 1848 to 1914, but also include decorative arts, photography and architecture.

The “Iron Lady" was built by Gustave Eiffel for the 1889 Worid's Fair, which marked the first centenary of the French Revolution. This elegant structure incorporates more than 10,000 tonnes of steel and stands 325mhigh, and took just two years and two months to build, an incredible technical and architectural feat. The tower was only supposed to last 20 years but was saved when Eiflel began to use it for the scientific experiments that he supported, in particular the first radio, then telecommunications transmissions, AS Frances symbol in the werld, and the chowcase of Panis, iris the world's most visited paid monument - more than 250 million visitors have come from all over the globe to see it since it opened in 1889.

The Gothic masterpiece that is Notre-Dame cathedral is France’s most visited monument. Builders began work on the cathedral ordered by Bishop de Sully in 1163, under the watchful eye of King Louis VII. Its construction would go on to see four key stages from the 12th to the 18th century. The cathedral suffered significant damage during the French Revolution and was subsequently restored in the 19th century by the architect Viollet-le-Duc… after having been the venue for Napoleon's coronation in 1806! Whilst it may not be France's largest cathedral, Notre-Dame remains a very impressive architectural monument: 130m long, 48m wide, with a height of 69m for the towers and 96m for the spire. The interior is every bit as splendid, with a ceiling height of 43m. Distances by road in France are calculated from the point 0 located on the square.

The Louvre, a former royal palace and the most visited museum in the world, is also Europe’s largest palace covering an area of 135,000m². The 12th century fort has an outer wall which used to surround and protect the city, and has performed many different roles over the centuries. François I and Louis XIV resided there before it was made a museum in 1793. These days, the museum is dedicated to the period from the Middle ages to 1848 and split into eight sections: paintings, sculptures, Greek, Oriental, Etruscan, Egyptian and Roman antiquities, Islamic art objects and graphic arts from the Middle Ages to 1848. No fewer than 35,000 world-renowned works are on display at the Louvre. The museum is also famous for its large glass and steel pyramid Standing 21 meters tall, the pyramid was commissioned by François Mitterand and built in1983 in the Cour Napoléon. It is surrounded by three small pyramids and an inverted pyramid is situated below the Carrousel shopping center.

The Palais Bourbon was erected from 1722 to 1728, by the Duchess of Bourbon-Condé, the daughter of King Louis XIV, and would remain in Condé hands until the Revolution. The central part of the building underwent a vast renovation program from 1828. When the July Monarchy took over the palace and expanded it, some of the greatest names in French fine arts, foremost among them Eugène Delacroix, came together to create the Palais Bourbon as we know it today. The Palais Bourbon is the seat of the French national assembly.

The four open book-shaped towers delineate the perimeter of the esplanade. They house seven floors of offices protected by movable wooden shutters and eleven floors of stores.

Inaugurated for the Paris World’s Fair in 1900, the Pont Alexandre Ill represents a true message of peace between France and Russia. The bridge's decorative features are classified as a historical monument, with bronze winged horses and the four water spirits adorning its pylons. At the center of the bridge, upriver, the Nymphs of the Seine surround the arms of Paris, Downriver, the Nymphs of the Neva surround the arms of Russia.

The island of the city is an island located on the Seine, in the heart of Paris. It is considered the ancient cradle of the city of Paris, formerly Lutetia. It belongs to the 1ᵉʳ and 4ᵉ districts. The chronicler Gui Bazoches evoked in 1190 as being "the head, the heart and the marrow of Paris"

The Statue of Liberty is one of the most famous monuments in the world but, before starting, this titanic work on the hill Montmartre of Paris, his sculptor, English Auguste Bartholdi, had first shaped a first project of 286 cm , after the mock-up in original plate of 11.50 meters and 14 tons (completed in 1878). The artist uses this model to make a four-fold enlargement that will become the statue in New York22,23,24. This original plaster was bequeathed by the artist's widow in 1907, with the backdrop of Bartholdi's studio25. This original plaster is located at the Museum of Arts and Crafts in Paris. On the forecourt of the museum finds a bronze from this plaster (same size), number 1 of an original edition of 12, made by Susse Fondeur, Paris.

Since 1878, the island has hosted, along its entire length, a public promenade called the Swan Alley, 11 meters wide, bordered on each side by a row of trees (for a total of 322, of 61 different species, 200415) and by a series of benches.

Informacion Adicional
"Confirmation will be received at time of booking"
"Not wheelchair accessible"
"Minimum age to drink alcohol is 18"
"Add 15€/person and upgrade to window seating"
"Vegan menu available"
"This experience requires good weather. If it’s canceled due to poor weather, you’ll be offered a different date or a full refund"
"This experience requires a minimum number of travelers. If it’s canceled because the minimum isn’t met, you’ll be offered a different date/experience or a full refund"
"This tour/activity will have a maximum of 20 travelers"