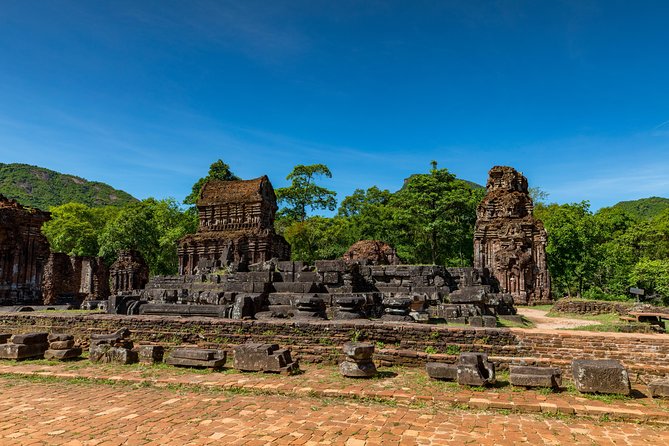 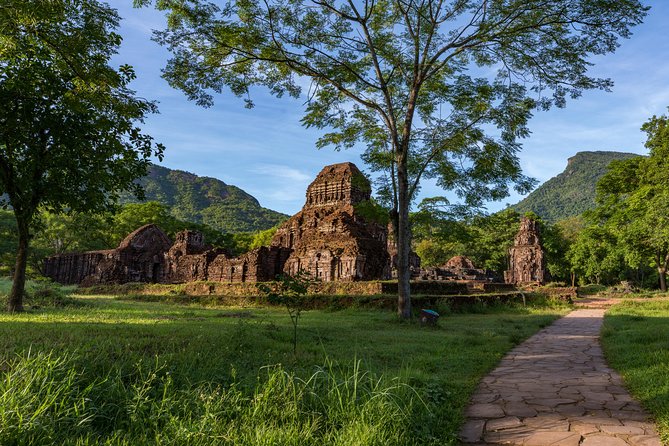 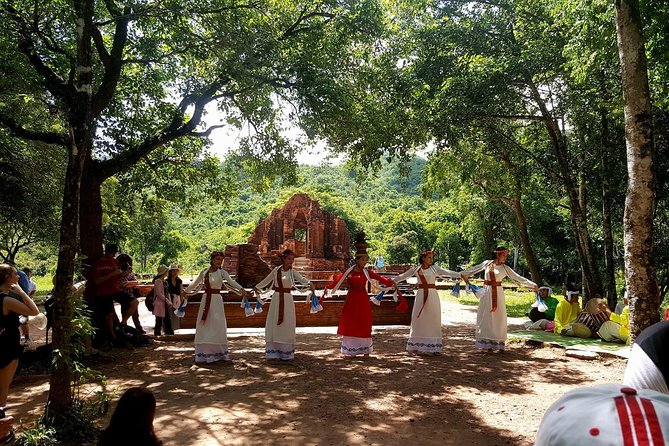 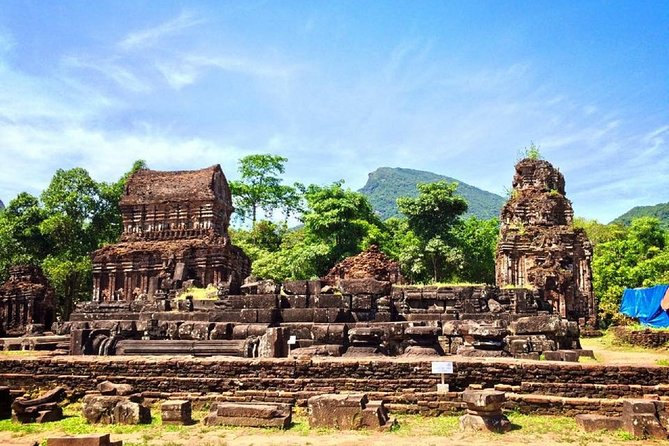 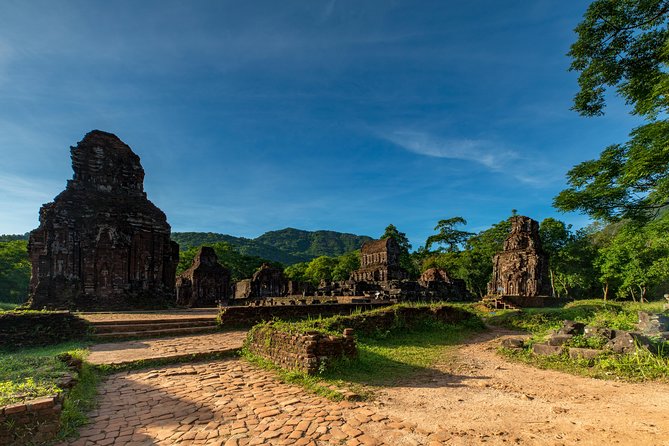 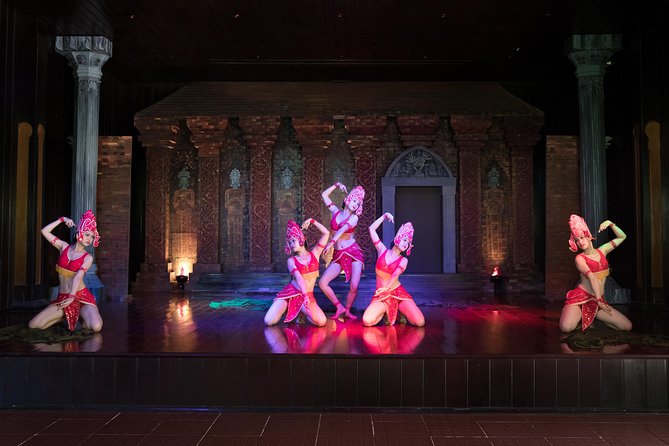 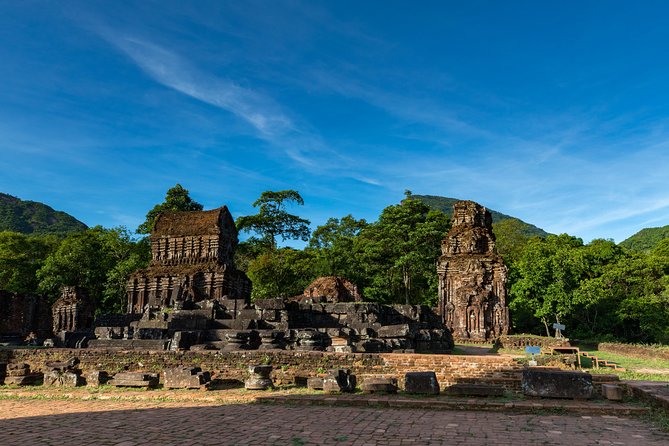 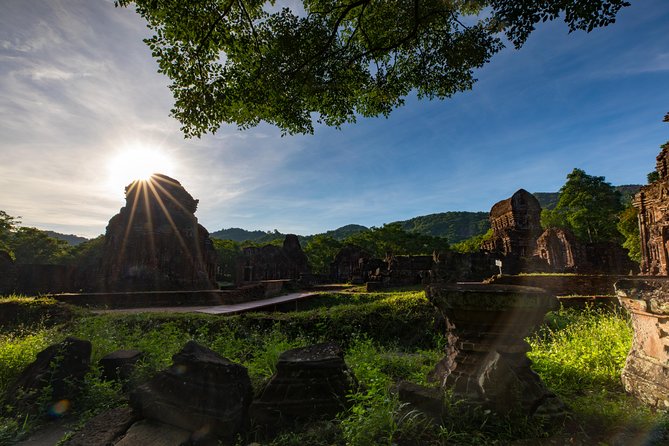 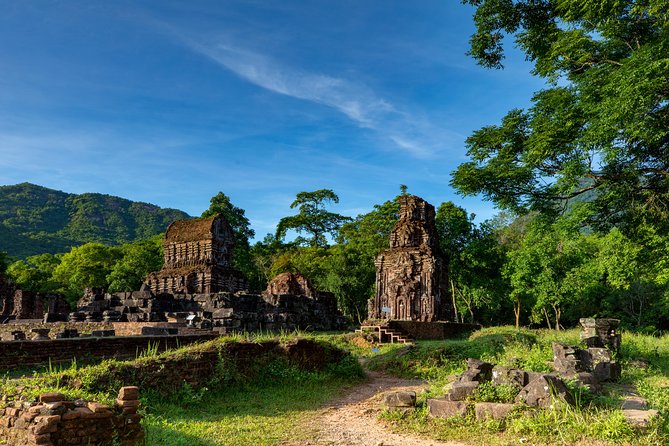 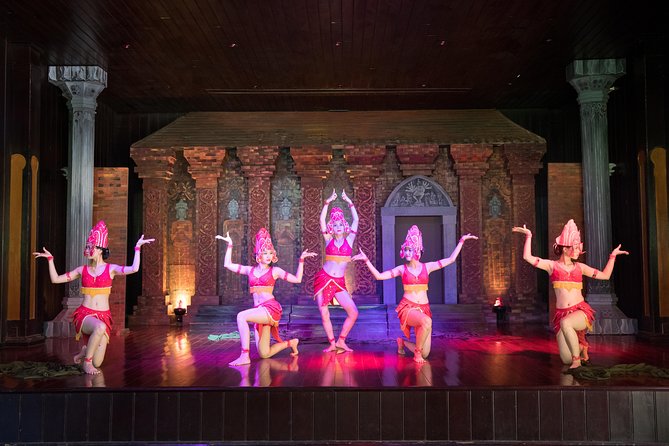 Small-Group My Son Sanctuary Tour from Hoi An

Visit the ancient Champa Kingdom of My Son, a UNESCO World Heritage Site nestled between lush valley and mountain that was the spiritual and political capital of the Champa Kingdom from the 4th to 13th Century.

One of the most stunning sights to see in Hoi An area is My Son, Vietnam’s most important site of the ancient kingdom of Champa. Between the 4th and 13th century a unique culture which owed its spiritual origins to Indian Hinduism developed on the coast of contemporary Vietnam. This is graphically illustrated by the remains of a series of impressive tower-temples located in a dramatic site that was the religious and political capital of the Champa Kingdom for most of its existence. Located in the heart of a beautiful valley and surrounded by high mountains ranges My Son was named a Cultural Heritage site by UNESCO in 1999. Originally built with wood, they were completely destroyed by fire in the 6th century and restored in the 7th century by Sambhuvarman who rebuilt the temples with locally made bricks. Up to the 13th century, more than 70 similar temples were built, establishing My Son as a sanctuary of Hinduism in the Champa Kingdom.

The My Son Sanctuary is a remarkable architectural ensemble that developed over a period of ten centuries. It presents a vivid picture of spiritual and political life in an important phase of the history of South-East Asia.

Informacion Adicional
"Confirmation will be received at time of booking"
"Most travelers can participate"
"Hotel in Hoi An City Center"
"Hotel pickups commence prior to this time, you must contact the local service provider to verify your exact pickup time."
"Infant seats unavailable"
"Infants must not sit on laps"
"No public transportation nearby"
"Not stroller accessible"
"Not suitable for pets"
"Not wheelchair accessible"
"This experience requires good weather. If it’s canceled due to poor weather, you’ll be offered a different date or a full refund"
"This experience requires a minimum number of travelers. If it’s canceled because the minimum isn’t met, you’ll be offered a different date/experience or a full refund"
"This tour/activity will have a maximum of 10 travelers"