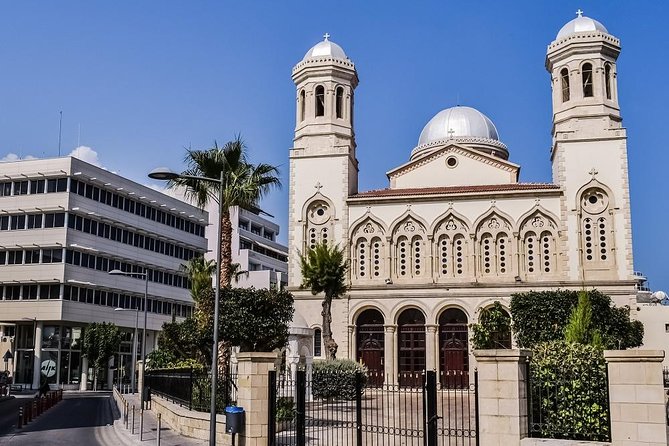 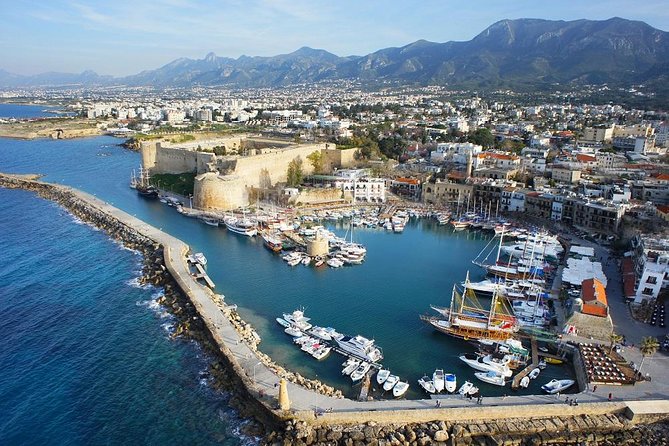 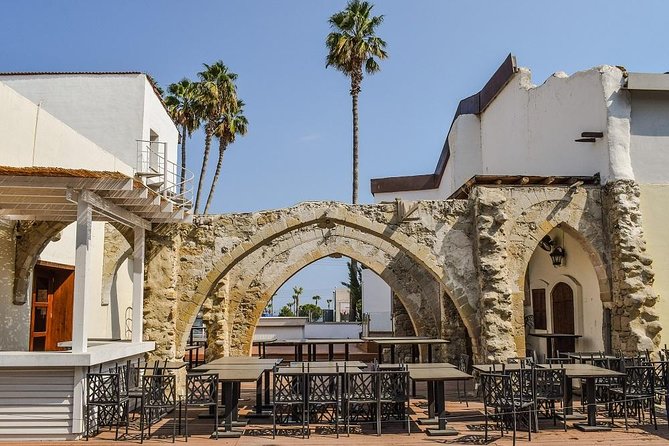 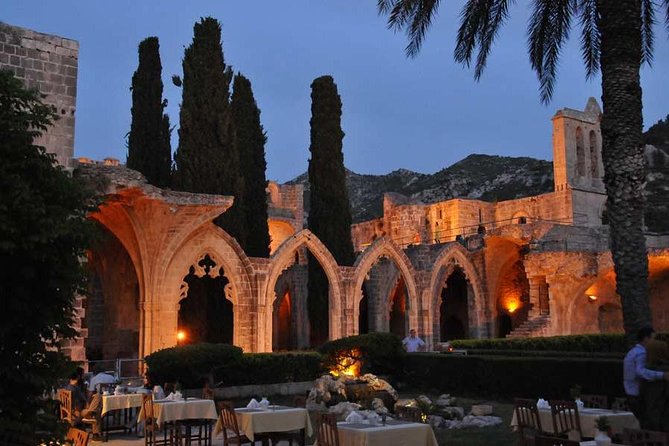 The north of Cyprus oozes history and culture at every turn with stunning landscapes in between. You'll kick off this afternoon tour by crossing over the border to reach the pretty harbour town of Kyrenia. Picture postcard perfect, the harbour is dominated by the ancient fortress of Kyrenia Castle. Relax at one of the harbour-side cafes and reflect on its 3000 years of turbulent history.
Then it’s on to Bellapais or "the Abbey of Beautiful Peace” to visit its Gothic abbey and take in the panoramic views over the Mediterranean Sea. Afterwards, you’ll cross the UN buffer zone into the southern sector to Ledra Street and embrace the lively city under your own steam.
Explore the shops for some retail therapy before joining the locals for dinner in one of the traditional old town eateries.

Deryneia is a large village in the island of Cyprus. It is located at the east side of the island, 2 km south of the city of Famagusta. The population of the village is 5,758 and it consists of a municipality since 1994. The current mayor is Andros Karayiannis.
At the same time, the Lefka-Apliki crossing opened in the northwest of the eastern Mediterranean island.

Bellapais Abbey is the ruin of a monastery built by Canons Regular in the 13th century on the northern side of the small village of Bellapais, now in Turkish-controlled Northern Cyprus, about five kilometres from the town of Kyrenia.

Ledra Street is a major shopping thoroughfare in central Nicosia, Cyprus, which links North Nicosia, the part of the city under the control of the de facto Northern Cyprus, and south Nicosia. It is the site of the former Ledra Street barricade, across the United Nations buffer zone.

Nicosia, also known as Lefkosia, is the divided capital city of Cyprus. South of the border, on the Greek side, the Cyprus Museum has archaeological finds from the Neolithic to Byzantine periods, including the Aphrodite of Soloi statue. Nearby, the old city’s 16th-century Venetian walls include the Famagusta, Kyrenia and Paphos gates. Inside the walls, a marble mausoleum sits next to 19th-century Faneromeni Church.

Informacion Adicional
"Confirmation will be received at time of booking"
"Not wheelchair accessible"
"Near public transportation"
"Infants must sit on laps"
"Most travelers can participate"
"Please notice that extra charges may apply per person or in total of the group for pick-ups from hotels- villas- airbnb outside the proximity of our tour selected pick route. In that case we can provide round trip transfer for customer(s) convenience ad-hoc quoted as per location of customer(s)' property."
"This tour/activity will have a maximum of 50 travelers"