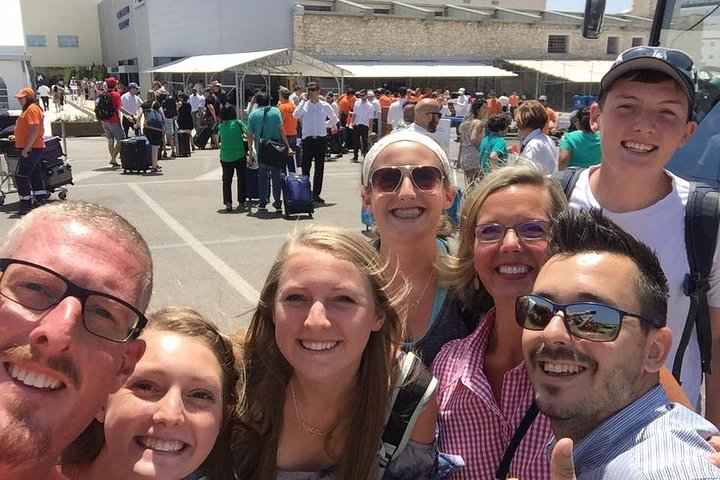 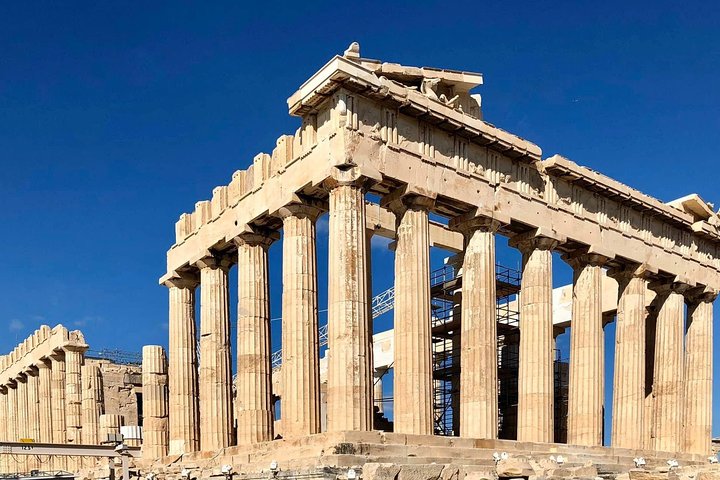 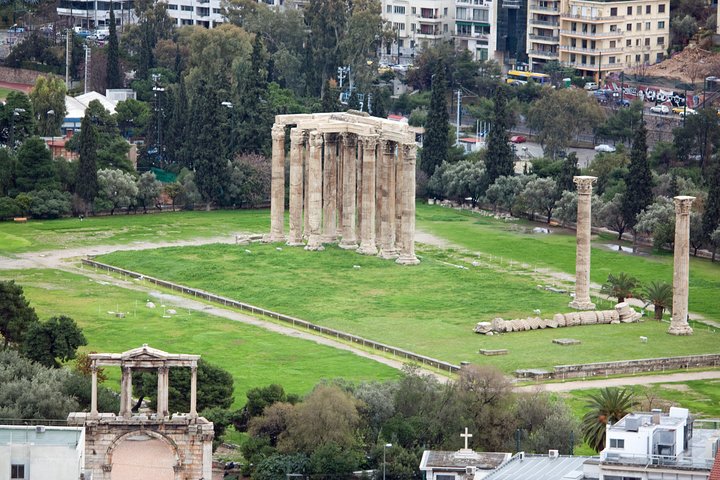 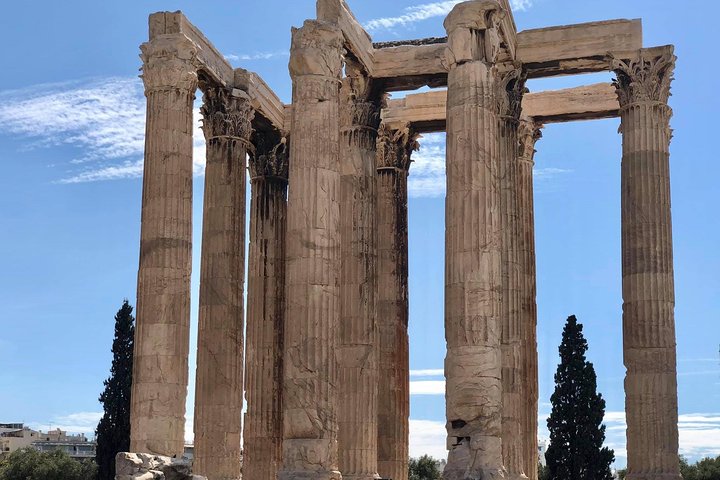 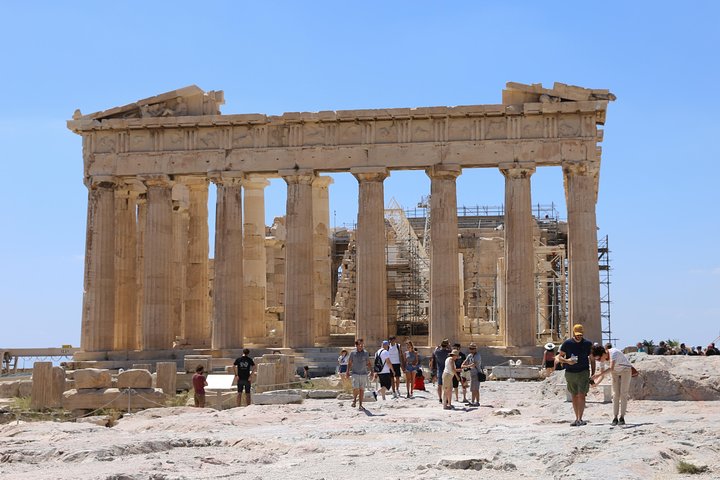 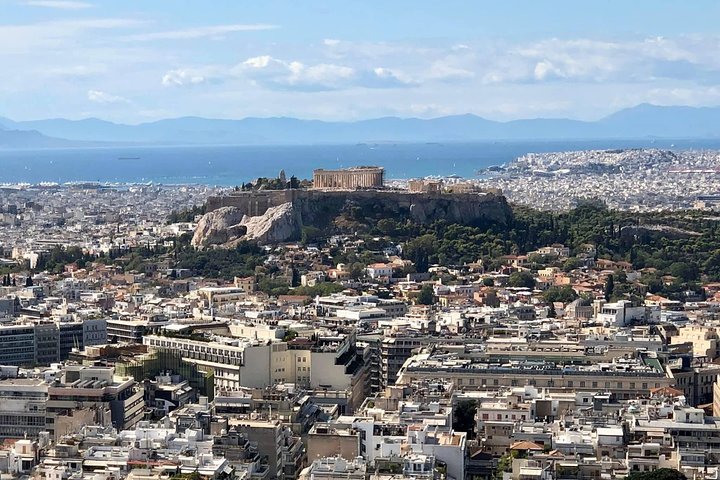 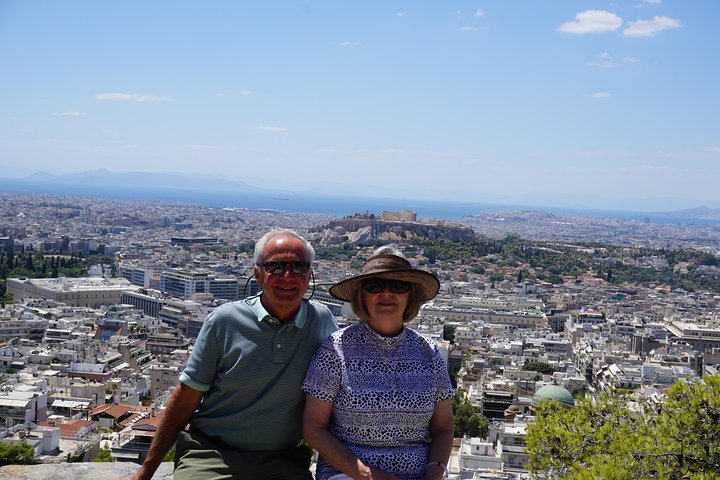 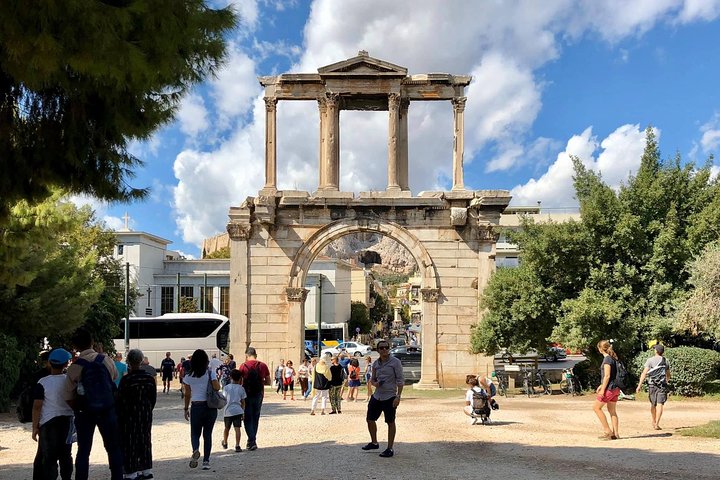 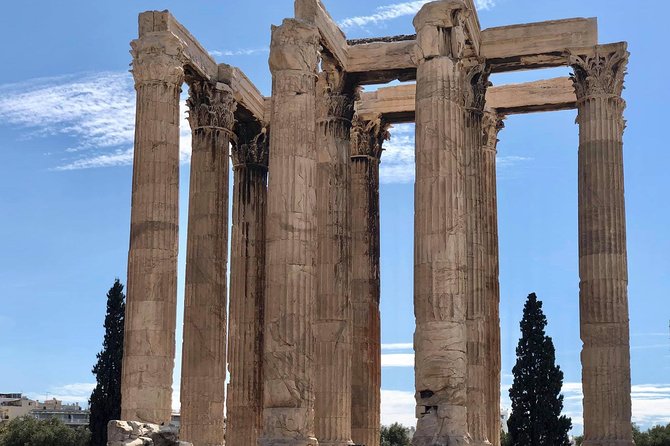 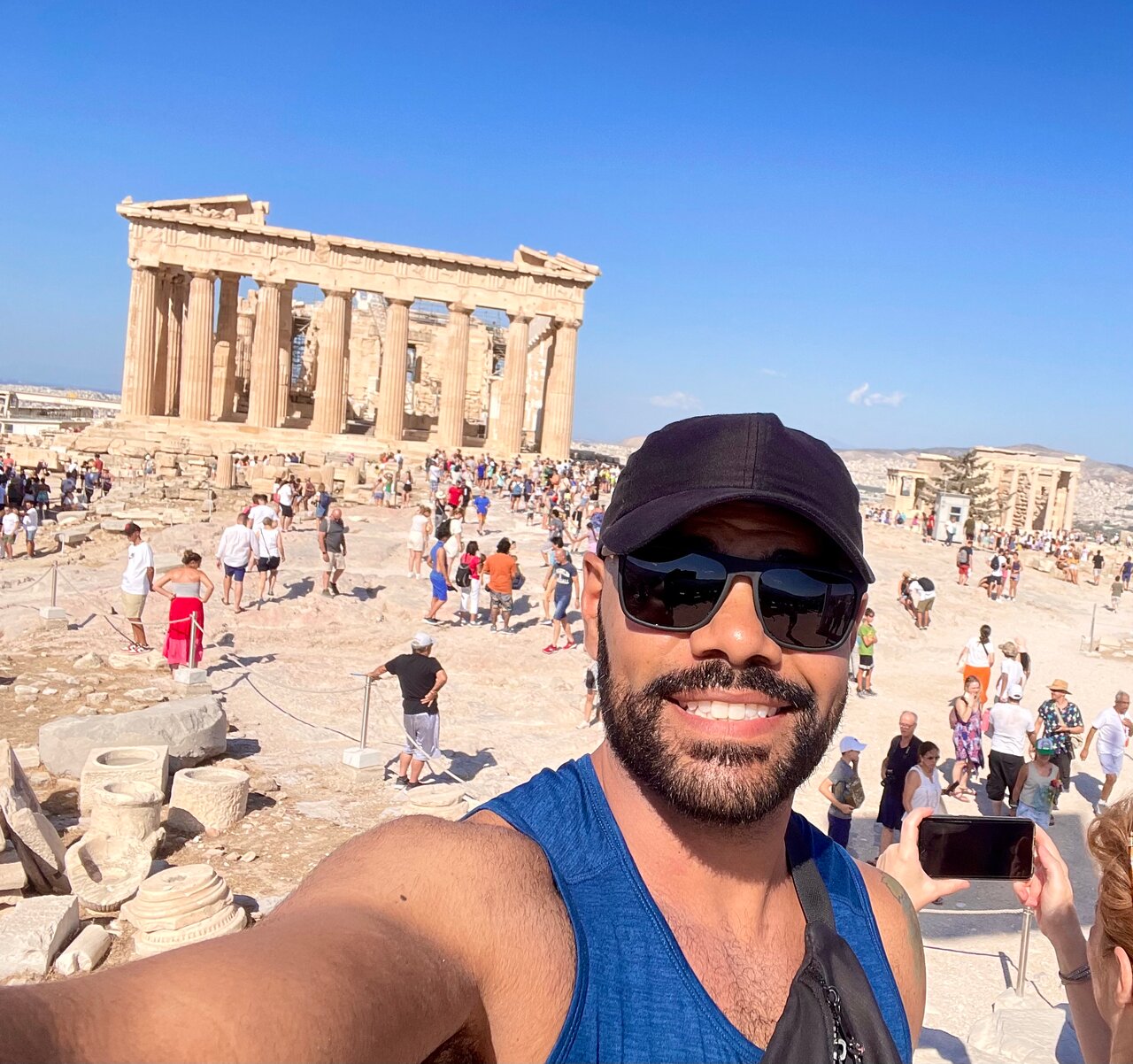 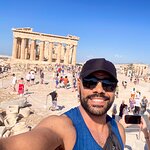 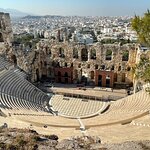 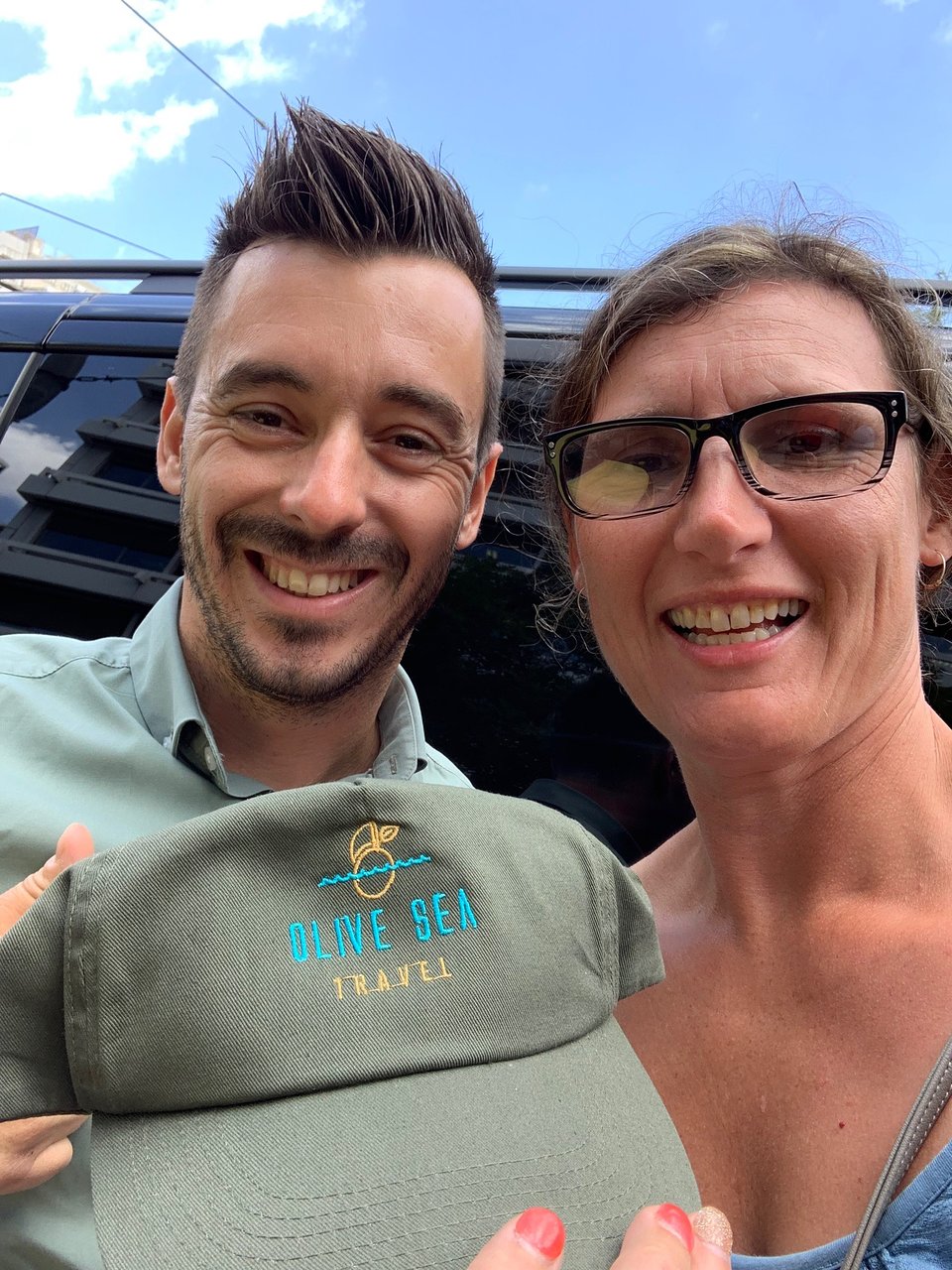 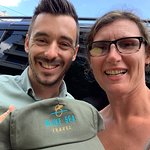 If you have short time but you want to see the highlights of Athens that’s the best way! Visit the Acropolis and feel captured by the symbol of the western civilization. Then enjoy your drive around the city admiring the most important parts of it.

Sightseeing in Athens starts with the hill of Acropolis which will make your day. On the historical hill, you will have the opportunity to see the Odeon of Herodes Atticus, the Temple of the Athena Nike, the monumental gateway (Propylaea), the Erechtheum and of course the famous Parthenon, the main temple dedicated to the virgin goddess Athena.

The Propylaea is the monumental entrances to the sacred area dedicated to Athena, the patron goddess of the city. Built by the architect Mnesicles with Pentelic marble, their design was avant-garde. To the south-west of the Propylaea, on a rampart protecting the main entrance to the Acropolis, is the Ionian temple of Apteros Nike.

Parthenon, the main temple dedicated to the virgin goddess Athena, the eternal symbol of the Athenian Democracy and the werstern civilization.

Temple of Poseidon and Athena, the strangest and most sacred place in ancient Athens.

Temple dedicated to the goddess Athena Nike or Wingless Victory.

The Theatre of Dionysus Elefthereus is a major theatre in Athens, considered to be the world's first theatre, built at the foot of the Athenian Acropolis

The Odeon of Herodes Atticus is a stone Roman theater structure located on the southwest slope of the Acropolis of Athens, Greece. The building was completed in 161 AD and then renovated in 1950.

After the Acropolis, we will head towards the Temple of Zeus, the biggest in antiquity, devoted to the King of the Gods,by way of Hadrian's Arch.

We will visit Panathenaic Stadium where the first modern Olympic Games were held in 1896.

Then moving into the historical center of the city we will drive up the highest hill of Athens, Lycabettus Hill, where you’ll have the best panoramic view of the city, from the hill of Acropolis to the Aegean Sea.

Pass By: The Academy of Athens, 28 Panepistimiou Avenue, Athens 106 79 Greece

The Academy Building constitutes one of three parts in an “architectural trilogy”. It was founded with the Constitutional Decree of March 18th, 1926, as an Academy of Sciences, Humanities and Fine Arts.

Pass By: The Academy of Athens, 28 Panepistimiou Avenue, Athens 106 79 Greece

The National and Kapodistrian University of Athens is the largest state institution of higher learning in Greece, and among the largest universities in Europe. The splendid Athens University was designed by the Danish architect Christian Hansen and completed in 1864.

The National Library of Greece was built at the end of the 19th century, as the last of the Architectural Trilogy of Athens, a group of three neoclassical buildings which also includes the Academy and the University. The building was designed by Theophil Hansen,

We will see the changing of the guard (Euzones) in front of the old palace, which is today Parliament House, above the central square of Athens.

The Hellenic Parliament, in Greek known as Voulí ton Ellínon is the parliament of Greece, located in the Old Royal Palace, overlooking Syntagma Square in Athens. The Parliament is the supreme democratic institution that represents the citizens through an elected body of Members of Parliament.

Syntagma Square is the central square of Athens. The square is named after the Constitution that Otto, the first King of Greece, was obliged to grant after a popular and military uprising on 3 September 1843.

Informacion Adicional
"Confirmation will be received at time of booking"
"Wheelchair accessible"
"The drivers are not licensed to accompany you on the Acropolis or inside any other site or museum. If you require a licensed guide to tour the sites with you, you need to hire one additionally. If you have any questions you can contact us on the phone number provided by Viator."
"The duration of the tours is approximate, the exact duration will depend on the time of day and traffic conditions"
"Stroller accessible"
"Infant seats available"
"Transportation is wheelchair accessible"
"Most travelers can participate"
"Our company complies with all the health instructions of the World Health Organization about COVID-19."
"This is a private tour/activity. Only your group will participate"
"Face masks required for travelers in public areas"
"Face masks required for guides in public areas"
"Face masks provided for travelers"
"Hand sanitizer available to travelers and staff"
"Social distancing enforced throughout experience"
"Regularly sanitized high-traffic areas"
"Gear/equipment sanitized between use"
"Transportation vehicles regularly sanitized"
"Guides required to regularly wash hands"
"Regular temperature checks for staff"
"Paid stay-at-home policy for staff with symptoms"