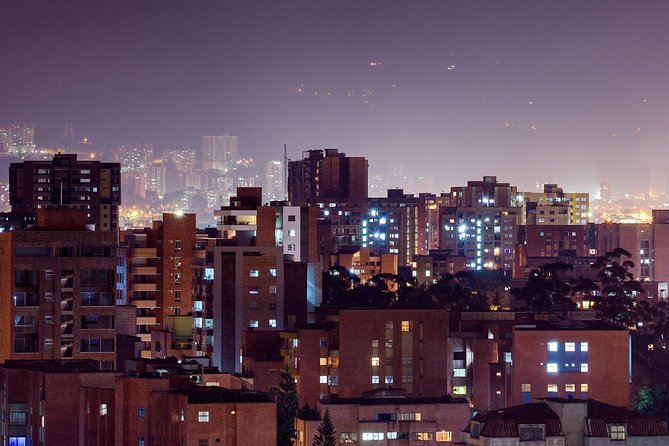 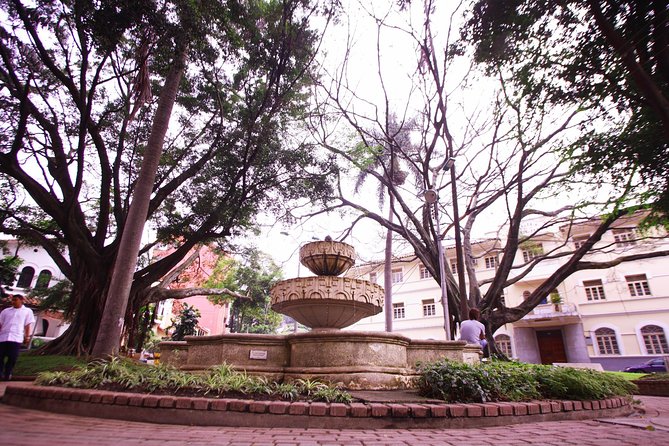 Experience the warmth and beauty of Cali by night on this 3-hour tour with a private guide. Capture city-lit panoramas from Sebastian de Belalcázar and riverside San Antonio hilltops, where you’ll listen to stories of Cali’s origins. In Sixth Avenue’s entertainment scene, find yourself slinging hips to the streets’ salsa beats. End the evening in the gastronomic district of Granada, we'll go to a typical restaurant in the region . Pickup and drop-off from your hotel are included.

This sculpture is a memorial to the coloniser Sebastián de Belalcázar, who founded the city of Santiago de Cali in 1536 and is one of the most representative and iconic monuments of the city of Cali.
This beautiful monument with the image of the Spanish colonizer, was made entirely in cast bronze, with the right hand pointing to the west, towards the Pacific, and with the left hand holding his sword Tizona.
Today, this spectacular sculpture and the place where it is located has become an important historical tourist site of the city of Cali, has also become a viewpoint where you can see much of the city of Santiago de Cali.

San Antonio is characterized by its narrow streets lined with houses of colonial architecture, white or multicolored fronts, windows and wooden balconies. An authentic corner of history, in the middle of an increasingly modern city. It is also possible to find houses with eclectic historical influence, typical of the 20s; or with designs influenced by the "art deco" of the 30s.
San Antonio is located to the west of Cali. To the north it borders the Peñón neighborhood; while to the east it borders Fifth Street, to the south with San Cayetano and to the west with the San Antonio Aqueduct and Los Cristales.

The sixth avenue of Cali is one of the traditional and emblematic routes of the city of Cali. Its importance lies in its function as an area of cultural, architectural and economic development in the history of the city. This avenue is the road that connects El Peñón with Granada, two sectors positioned by rumba and gastronomy.
The avenue was an epicenter of architectural renovation in the north of the city, since the wealthiest families built large mansions next to it, breaking the colonial style that was still maintained in the city, approaching a more European architecture. These houses, most of them in pastel tones, gave way to the so-called Zona Rosa sector.

Hora de Inicio: 6:00 PM
Duración: 3 Hours
Lugar de comienzo: Traveler pickup is offered
We pick you up at the Lobby of Hotel listed in the radius area at 18:00hrs (pick-up times may vary depending on the hotel where you are staying)