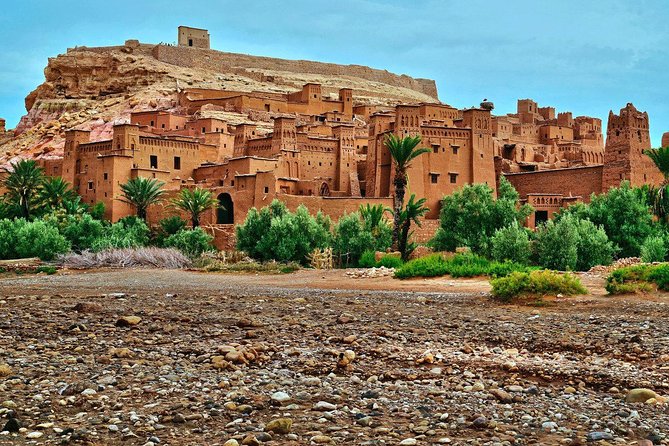 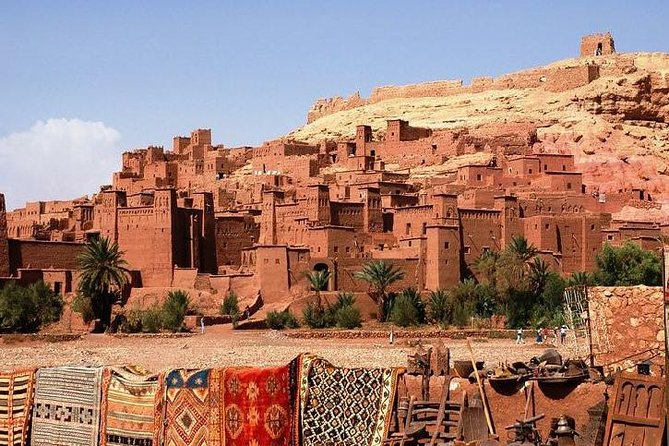 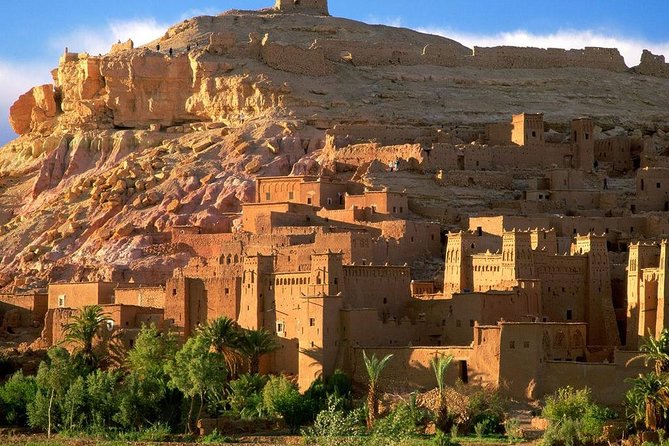 Ouarzazate day trip from Marrakech is a must-do-journey as you will have to pass by the great high Atlas Mountains, I bet you will be amazed by the breathtaking, not onlythat  but you will see Berber villages, a way to learn how people live below the mountains. Further, you pass via Tizi n Tichka, the highest mountain Pass, the right spot for a souvenir photo. In only 1 day trip, you will get in touch with the Berber culture and rich history of Ouarzazate. Firstly, you will visit the famous Kasbah Ait Ben Haddou to view Moroccan clay architecture. secondly, Feel free to visit to Cinema Museum, and marvel at Kasbah Taourirt in Ouarzazate.

Nominated by UNESCO as a World Heritage Earthen Architecture, The ksar makes a group of earthen buildings surrounded by high walls, is a traditional pre-Saharan habitat. The houses crowd together within the defensive walls, which are reinforced by corner towers. Ait-Ben-Haddou, in Ouarzazate province, is a striking example of the architecture of southern Morocco.

Located at 3 km west of Ouarzazate, You recognize the studios with the statues of the huge pharaohs posted in front of the entrance. Founded in 1983 in the middle of the desert. with an area of 30 ha, Ouarzazate Studios is Morocco's first film studio where many films have been filmed, such as The Jewel of the Nile, Gladiator, or Babel, and Part of the shooting of Game of Thrones took place here. The studios are open to the public and you can enter the "Caesar Palace" or the Tibetan temple of Martin Scorsese's film Kundun in complete freedom. A team of 45 people works all year long for its maintenance.

Informacion Adicional
"Confirmation will be received at time of booking"
"Not wheelchair accessible"
"Children must be accompanied by an adults"
"This is a private tour/activity. Only your group will participate"

Traveler pickup is offered
Hotels pick up from the acccomdatrion main entrance,

possibility to arrange the pick up according to customer needs.