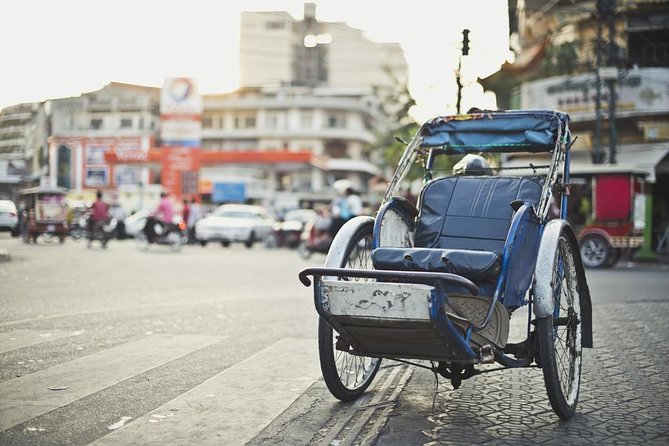 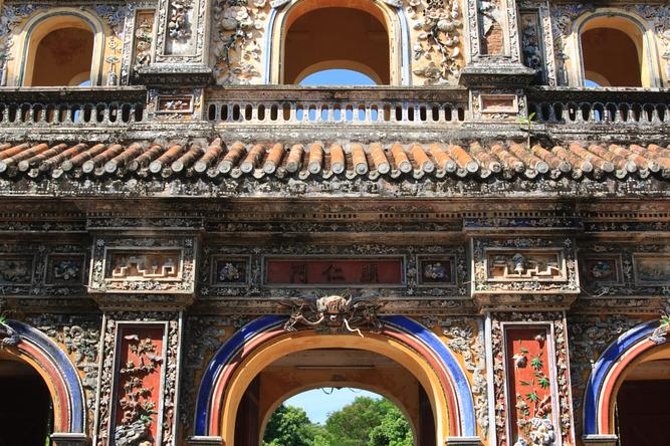 Enjoy a leisurely cyclo ride through Hue, the former Vietnamese capital, including Hue Imperial City (The Citadel)—a UNESCO World Heritage Site. Your private guide will pick you up at your hotel and whisk you through Hue’s city streets aboard this unique mode of transportation. Visit Tinh Tam Lake before a tour of the imperial grounds of the former palace complex, where Nguyen Emperors ruled until the early 20th century. You’ll stop at several historical monuments as you learn about the royal city on this private half-day tour.

After your guide picks you up at your centrally located hotel at 8am, embark on your private cyclo ride around Hue! Start your leisurely cyclo tour with a visit to Tinh Tam Lake, one of the most famous spots in this ancient capital of Vietnam. Situated on the left bank of Dinh Tien Hoang Road, the beautiful lake is considered an iconic achievement of 19th-century landscape architecture. Your guide will discuss its stunning design features before heading to Hue Citadel.

Once the seat of the Nguyen dynasty, this UNESCO World Heritage Site—modeled on the Forbidden City in Beijing—contains the former Imperial Palace. Tombs, hallways and ornate temples comprise Hue Citadel and highlight Hue’s regal history. Pass through the high stone walls of this royal city and ride to several major landmarks within the complex.

First, stop at the Flag Tower, built during Emperor Gia Long's reign in 1807 and later improved by his son, Emperor Minh Mang. From this focal point, your cyclo driver will take you to Noon Gate, which leads to the Imperial Palace. Learn how the gate was deemed for ceremonial use and as an observation point for the emperor to view his troops.

Visit the Nine Dynastic Urns, which were cast by Emperor Minh Mang in 1836 to symbolize the sovereignty of his dynasty. Observe how each urn is named after the title of the emperors worshipped in the Dynastic Temple before your guide continues to the Nine Holy Cannons. You’ll discover how they have never been used for military purposes, but played a symbolic role as guardian spirits for the Imperial Citadel.

Your private cyclo tour of Hue ends with transport back to your hotel.

Informacion Adicional
"Confirmation will be received at time of booking"
"Maximum number of passengers for this tour is 12"
"This is a private tour/activity. Only your group will participate"

Hora de Inicio: 8:00 AM
Duración: 4 Hours
Lugar de comienzo: Your central Hue hotel
Cancelaciones y devoluciones: For a full refund, cancel at least 24 hours in advance of the start date of the experience.