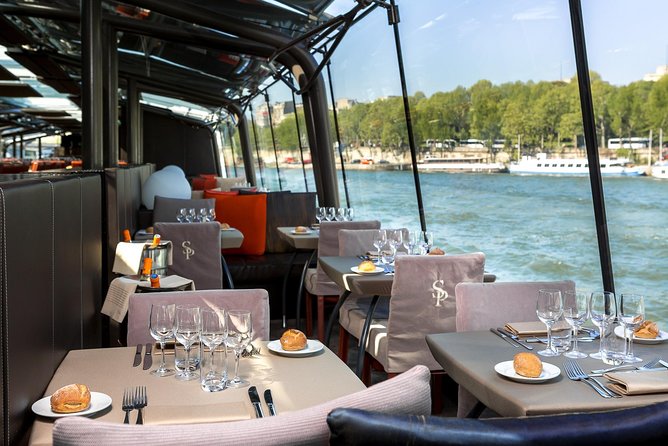 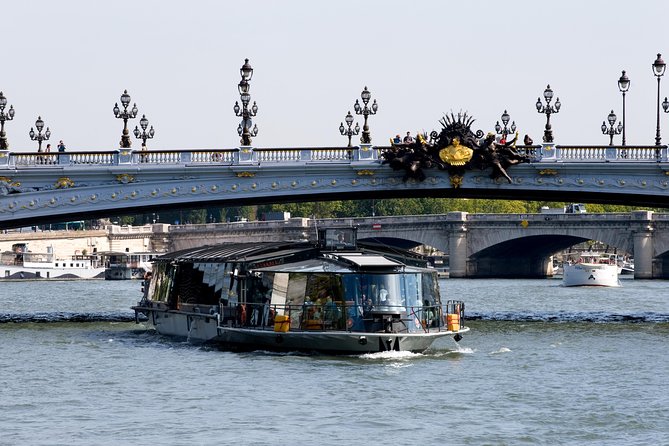 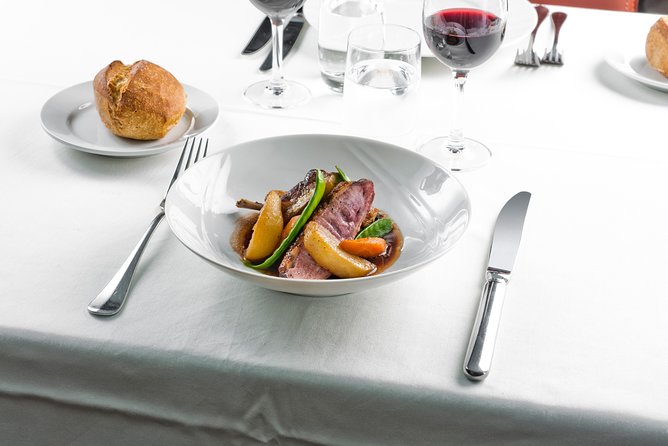 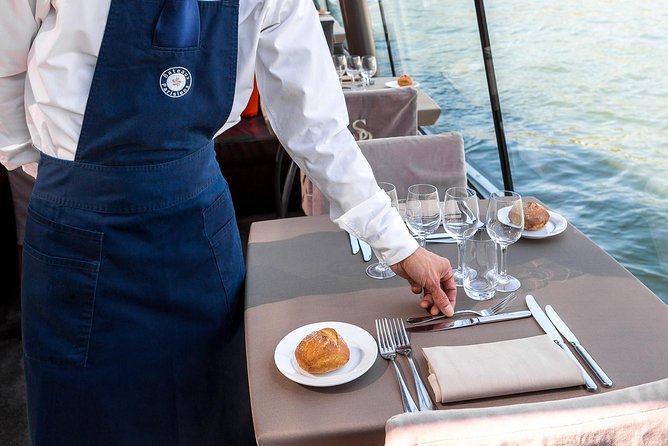 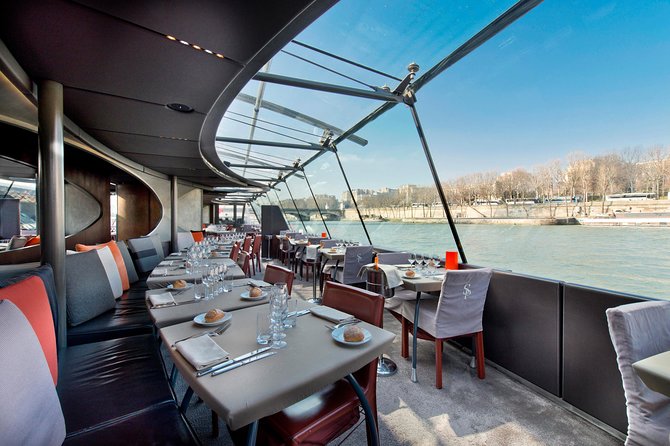 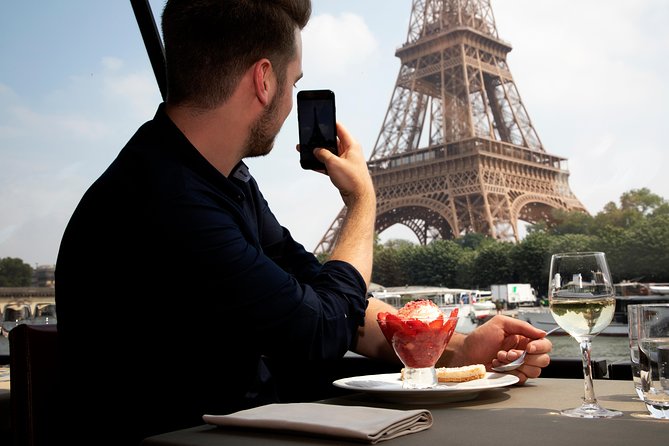 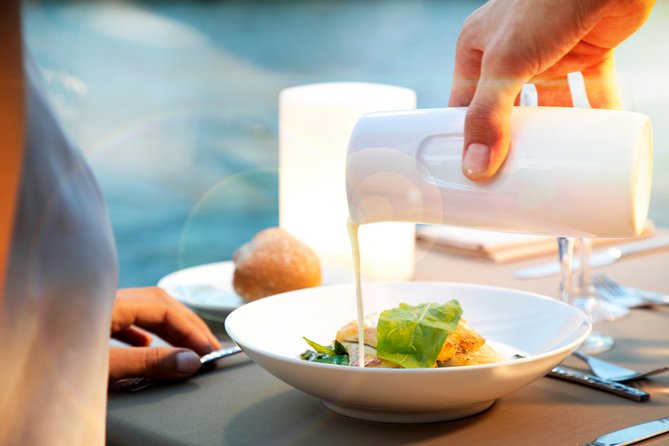 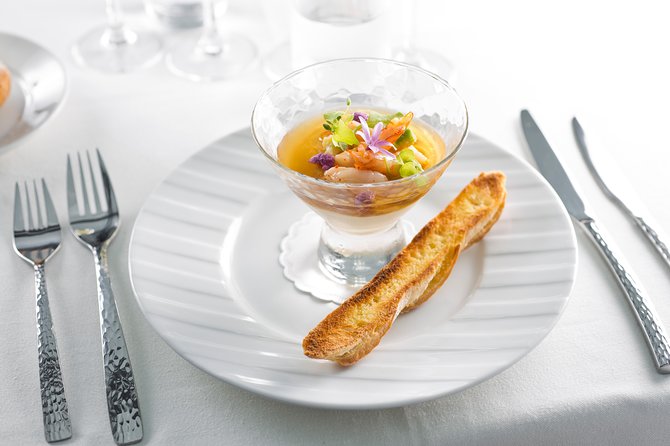 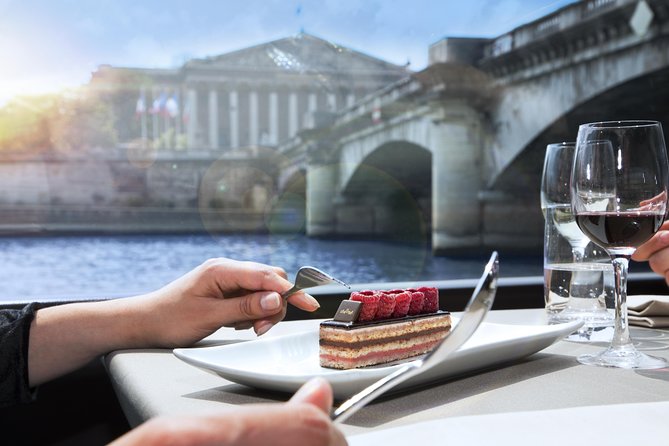 Among all the companies sailing on the Seine, Bateaux Parisiens knows how to give you a real taste of Paris. Its embarkation point, at Port de la Bourdonnais, offers a superb view of the Eiffel Tower. The entirely glassed-over boats give you an amazing panoramic view. The boat trip takes you past the most famous sites in the capital, and the commentaries let you into a few unknown secrets. You will enjoy fine French cuisine prepared daily by our chef. And our staff, who love Paris, will help you discover the real Paris. Bateaux Parisiens - Parisian in its soul as well as in its name.

Following the Seine through Paris is a way of enjoying a thousand different escapades on the river, its bridges and islands. Daytime or night time, Left Bank or Right Bank, you will appreciate the buzz of activity along the quaysides and the lapping of the waves. There are any number of ways to relax – aboard a boat, cycling, walking briskly, sauntering lazily, or working out, dining, dancing on barges, exploring an area between two exhibitions, taking a post-shopping break, or sunbathing in a swimsuit. You never fail to be filled with wonder at these riverbanks, classed as a world heritage site by Unesco.

Through the arch of a bridge you’ll catch sight of the Grand and Petit Palais, people fishing, mallard ducks circling in the water, the Louvre playing hide and seek with a pleasure boat, Notre-Dame looming up to the sound of a street musician playing a violin and, in the distance, the silhouette of a crane in a naval construction yard between weeping willow trees.

Paris owes its motto to the Seine, fluctuat nec mergitur – “it is buffeted by the waves but does not sink”. The Seine tells the story of Paris, from its birthplace on the Île de la Cité to the transformation of the quays at Bercy upstream and the triumphant Eiffel Tower downstream.

Admire this beautiful landmark during your cruise!

A museum in a train station

The history of the museum, its building, is unusual. Located in the heart of Paris, along the Seine, facing the Tuileries Garden, the museum took place in the former Orsay train station, a building built for the 1900 World's Fair. so, the first "work" of the Musée d'Orsay's collections which presents the art of the few decades that elapse between 1848 and 1914.

No trip to Paris is complete without a visit to the Latin Quarter in the 5th arrondissement, on the Left Bank. The area’s many cafés and restaurants are laid-back and welcoming; they are filled with Parisians, students and tourists. There are several attractions to visit, among them the Pantheon, the Musée National du Moyen-Âge, the Luxembourg gardens and museum and the Arènes de Lutèce. As you stroll through the district you will also come across the Sorbonne, the best known university in Paris; the Collège de France, the Lycée Henri IV, the shopping streets Rue Mouffetard and Rue Monge and the charming Place de la Contrescarpe. The district also has popular show venues like the Paradis Latin, the Théâtre de l’Odéon and the Caveau de la Huchette.

Lift your head and admire the sculptures when you pass under the Pont Neuf bridge, the oldest bridge of Paris!

The Cathedral of Notre-Dame de Paris, a masterpiece of Gothic architecture, is the most visited monument in France. It was built in the Middle Ages, at the far end of the Île de la Cité. Work started in the 13th century and finished in the 15th century. Badly damaged during the French Revolution, the cathedral was restored in the 19th century by the architect Viollet-le-Duc. Its many visitors come to admire its stained glass and rose windows, the towers, the steeple and the gargoyles. They can also discover the Notre-Dame treasury and have a go at climbing the towers to enjoy a panoramic view of Paris. In 2013, Notre-Dame is celebrated its 850th anniversary. For this occasion, many events were organized and the cathedral renewed its bells with the arrival of eight new bells as well as a new great bell. Road distances from Paris in France are calculated from point 0 on the cathedral forecourt.

The National Library of France, heir to the royal collections amassed since the end of the Middle Ages, is in a way the guardian of all the knowledge of the world.

On the site François-Mitterrand, a building whose four angular towers symbolize four open books, overlooking the banks of the 13th arrondissement of Paris, more than 15 million books and printed works are preserved.

It is here, born from the need to enlarge and modernize the institution, that the National Library proposes an ambitious cultural season (temporary exhibitions, conferences, readings, concerts).

Every trip to the capital deserves a visit to the Louvre to discover the wealth of treasures it contains. The museum houses western works of art dating from the Middle Ages to 1848, in addition to collections of ancient oriental, Egyptian, Greek, Etruscan and Roman civilizations, as well as graphic and Islamic arts. From room to room, the former royal palace reveals its masterpieces to the public: the Mona Lisa, The Raft of the Medusa, the Venus de Milo, and The Winged Victory of Samothrace. In total, there are 35,000 works to be discovered or re-discovered! With its eight hundred year old history, the Louvre has been influenced by numerous architectural trends, from the medieval fortress of the 12th century to the glass pyramid by Pei (1989). The latest addition, housing the Islamic arts section, was designed by architects Mario Bellini and Rudy Ricciotti. The undulating glass canopy covers the Visconti courtyard, flooding the 2,800 m² new wing with light. A visit to the museum is particularly pleasant at night: the Louvre is less crowded and visitors can enjoy stunning night-time views of Pei’s glass pyramid, the Cour Carrée and the Seine.

You will see this famous place with its obelisk. The Concorde bridge was built with stones from the Bastille prison which was destroyed during the French revolution.

Enjoy the architecture of this building with its famous glass coupole!

Enjoy the view of the little sister of the New York's Statue of Liberty with the Eiffel Tower in the background!

A museum in a train station

The history of the museum, its building, is unusual. Located in the heart of Paris, along the Seine, facing the Tuileries Garden, the museum took place in the former Orsay train station, a building built for the 1900 World's Fair. so, the first "work" of the Musée d'Orsay's collections which presents the art of the few decades that elapse between 1848 and 1914.

Informacion Adicional
"Confirmation will be received at time of booking"
"Customers who have not reached France's drinking age of 18 will not be served alcohol"
"Important: Boat departs strictly at 12:45pm. Check in time between 12pm and 12:30pm"
"You will be seated at a table for up to 8 people in the center of the boat (Etoile Service), by the window (Privilège Service) or at the front of the boat (Premier Service)"
"Not wheelchair accessible"
"Stroller accessible"
"Service animals allowed"
"Near public transportation"
"Infant seats available"
"Most travelers can participate"
"This experience requires good weather. If it’s canceled due to poor weather, you’ll be offered a different date or a full refund"
"This tour/activity will have a maximum of 200 travelers"