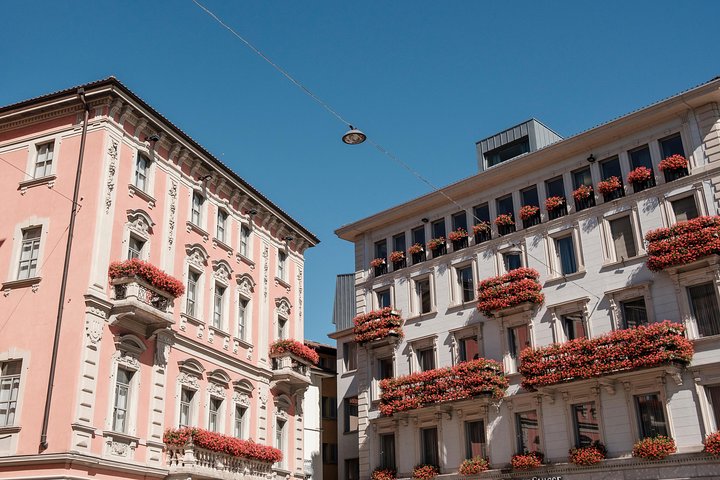 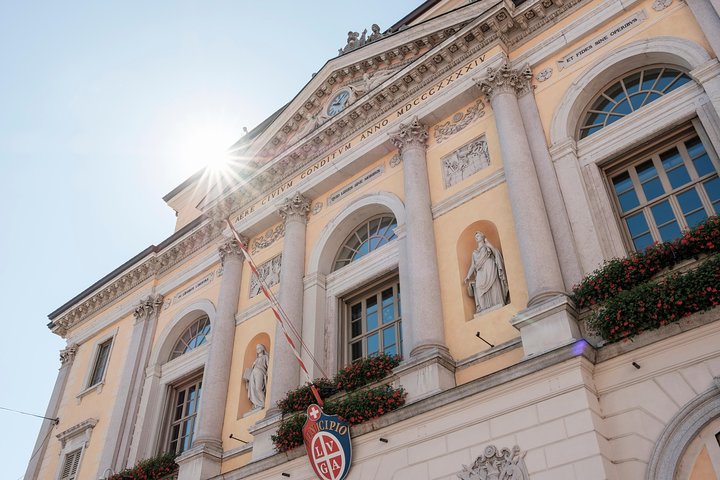 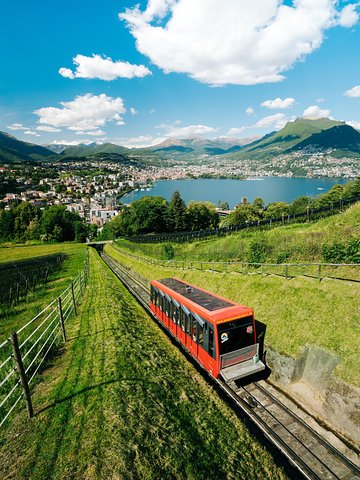 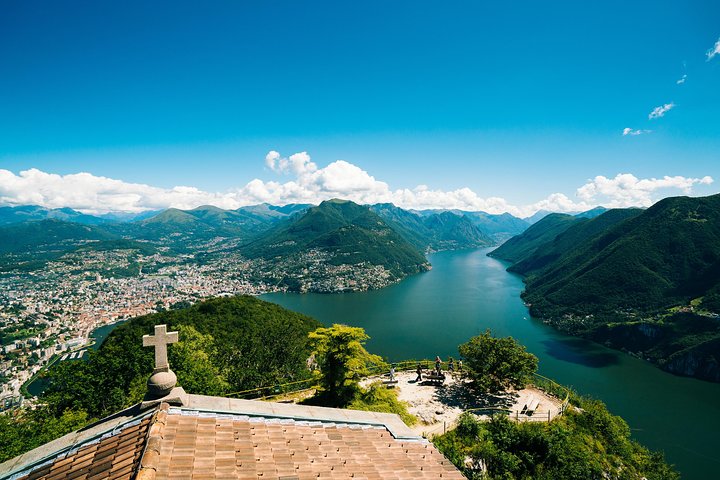 Enjoy the view in this 3 hour tour in Lugano. The tour will begin at 10am on the lake shore just beneath Monte San Salvatore. You will then be able to experience Lugano Arte Cultura, the Santa Maria Degli Angeli Church, and even riding a cable car to the top of Monte San Salvatore. At the top of the mountain, you will have some free time to explore and have a picnic until it's time to ride the cable car back down, concluding the tour. Food and drinks are not included on this tour. You will receive a special discount if you want to eat at the panoramic restaurant.

With its many bistros and restaurants, Piazza della Riforma is the city’s main place of encounter.

Throughout the year several different events, including Easter in the City, Estival Jazz, Blues to Bop, Autumn Festival and Christmas in the Square, take place here. But in the past, when the square was called Piazza Grande, it was the scene of several political events. In fact, the 15th February 1798 was a chaotic day of fighting, at the end of which, despite initial success, the enemy was pushed back by the Lugano partisans. The most enlightened members of the bourgeois took advantage of events to finally achieve long-sought independence for the town, buoyed by the slogan “Free and Swiss”. At Zurich the twelve cantons proclaimed Canton Ticino’s independence and on 16 February the citizens erected the tree of liberty in Piazza Grande. In 1830, the square took on its current name thanks to the constitutional reform.

The Church of Santa Maria degli Angeli is the most important church of Lugano. It contains the famous Renaissance fresco of the Passion and the Crucifixion by the Italian artist Bernardino Luini.

Its construction was started in 1499 by Franciscan friars and was consecrated in 1515. It was restored in 1929/30. Next to the church, there was originally a Franciscan monastery built in 1490. This was dissolved in 1848 and in 1852/54 a hotel was built on its grounds; it was then raised by two floors and converted into the Hotel Palace in 1903, which kept part of the ancient convent’s cloister. The church of Santa Maria degli Angeli is famous for its Renaissance fresco of the Passion and Crucifixion of Christ by Italian artist Bernardino Luini, whose artwork, dating back to 1529, is the most important example of Lombard Renaissance in Switzerland. The monumental fresco is located on the church’s dividing wall and depicts several figures from the Passion of Christ. The Last Supper fresco on the nave’s south wall (originally located in the refectory) and the beautiful Virgin Mary with baby Jesus and St John on the eastern wall of the first side chapel (which was once the lunette of the portal leading to the cemetery) are also by Luini. Both works show a strong influence by Leonardo.

The city of Lugano’s arts centre and a cultural beacon for Switzerland, LAC Lugano Arte e Cultura expresses Lugano’s identity as a cultural hub where North encounters South Europe. Overlooking the lake, this atmospheric, architectural marvel plays host to a rich calendar of shows and events, musical seasons and theatre and dance festivals, together with a variety of cultural initiatives and a packed programme of activities for youngsters and families alike. LAC’s cross-genre appeal and the quality of its offerings make it the ideal place to enjoy art in every shape and form.

The Sugarloaf Mountain of Switzerland. Just a few steps away from the bustling city, Monte San Salvatore rises majestically to the skies and gives you the opportunity to enjoy a moment of peace while facing the seemingly endless horizon. It is a destination that can satisfy everybody’s needs and desires: gourmets, sports enthusiasts, culture and nature lovers will live on the Monte San Salvatore unique and unforgettable emotions.

Various hiking trails offer the opportunity to discover unspoiled nature and it is possible to experience the thrills of climbing on the “Via Ferrata”.

On Monte San Salvatore there is even space for culture: the Museum San Salvatore hosts a precious collection of rare religious art, illustrating the history of the Confraternity over the centuries, an exhibition dedicated to rocks, minerals, fossils and speleology of the region and the history of the lightening research centre with the historical significance of storms. There is also the possibility to combine work and relaxation. The two multi-use rooms can host from 6 to 100 people.

The cable railway is at 500 metres form the Lugano-Sud motorway exit and 5 minutes away from the Paradiso railroad station; it has a convenient car park and you can reach the summit in just 10 minutes. It runs from morning to late afternoon, from March to November, with trips every 30 minutes. In summer the last trip is at 11.00 p.m.

Informacion Adicional
"Confirmation will be received at time of booking"
"Not wheelchair accessible"
"Reservation required."
"The guided tour will be held in the two prevalent languages."
"The guide can decide to break off or cancel the excursion in case of bad weather."
"Difficulty level / walking: easy - medium."
"A maximum of 8 people per booking"
"10% discount at Restaurant Vetta San Salvatore"
"Stroller accessible"
"Service animals allowed"
"Near public transportation"
"Most travelers can participate"
"Please be on time!"
"This tour/activity will have a maximum of 30 travelers"