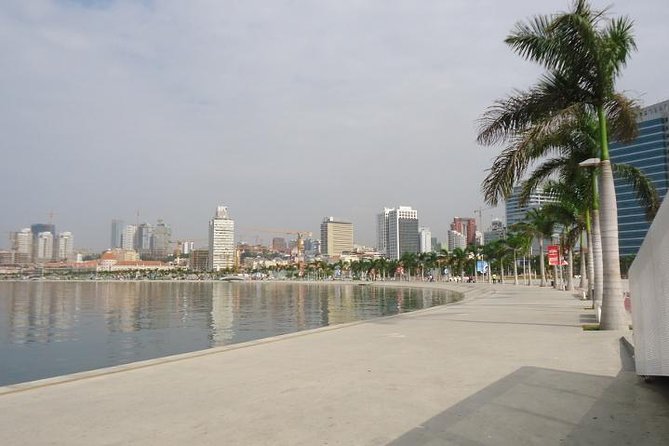 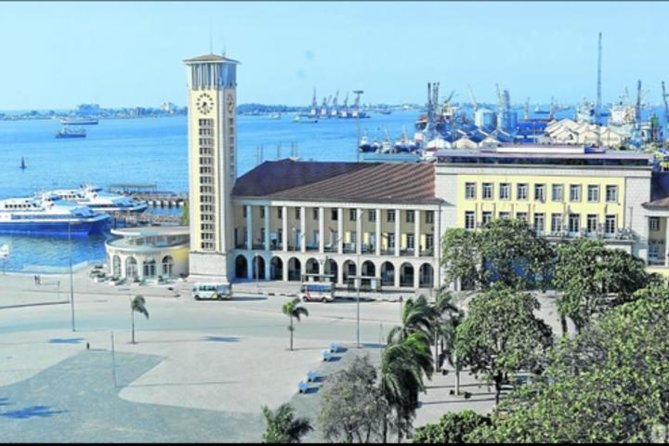 Itinerary from start to finish below:

Fortress de São Miguel - The first fortress built in Luanda by the first governor in 1575. After the independence was conquered, it became the Museum of Armed Forces. Old planes, artillery, and others are on display.

Marginal - The war that lasted until 2001 brought destruction to the population and the infrastructure of the country. It has been some time since the war ended, and traces of development can be seen at the Marginal. Tall buildings surround Marginal, bringing the hope of a new future here.

Luanda Harbor- The late 1800s brought the need of a proper port in the capital city for the economic and industrial growth of the country. Besides the typical activities of a port, it also includes many of the oil companies.

Iron Palace -This building is believed to have been designed and constructed in 1890 by Gustave Eiffel. There is no registration of its origin for certain, and the rumors revolve around ships having been lost at sea and ending up in Angolan territory. During the colonial years, it was an art center, after independence the palace fell into ruins and became a parking lot. Today, it is a must see in Luanda.

Cidade Alta - The political heart of the country, it is White House of Angola surrounded by police and army forces who protect the area. Due to its high surveillance, beware of the signs and always ask if it is ok to use cameras. The buildings in the Cidade Alta indulge of a pink tone, and carry a charming personality of the rarely calm Luanda.

Largo 1o de Maio - An important place in the city of Luanda as it is the place where the Republic of Angola was proclaimed. Some say there was a beautiful and anxious silence at the square in 1975 when the first words were being pronounced. Today, the Square is still a center of birth for Angola as protests, and wedding shoots.

Largo das Heroínas - Here represents the presence of women in the fight for independence. Lucrécia Paim, Engrácia Santos, Irene Cohen, and Teresa Afonso die in 1969 for their beliefs and fought to the very last breath for the independence of Angola. They're a symbol of pride and inspiration for Angolan women who fight every day for an honest life.

Mausoleum of Agostinho Neto - Here is the resting place of the first president of Angola. The 18 acre Mausoleum has a museum, expositions, multi-use rooms, gardens, and more.

Please note that the order of the above is subject to change.

Hora de Inicio: Pickup between 10am and 10:30am
Duración: 6 To 8 Hours
Lugar de comienzo: Hotels and accommodations in Luanda
Cancelaciones y devoluciones: All sales are final and incur 100% cancellation penalties.