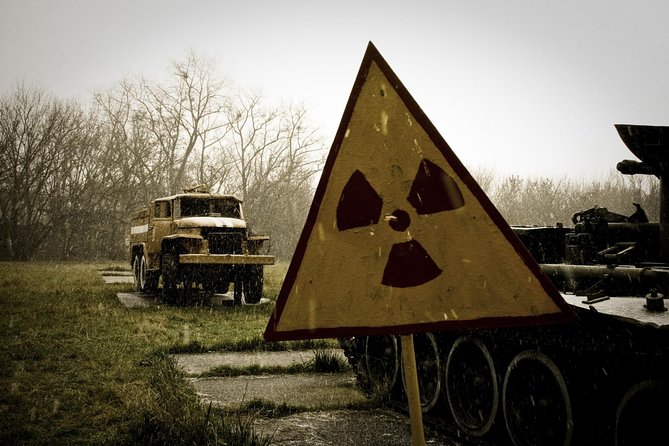 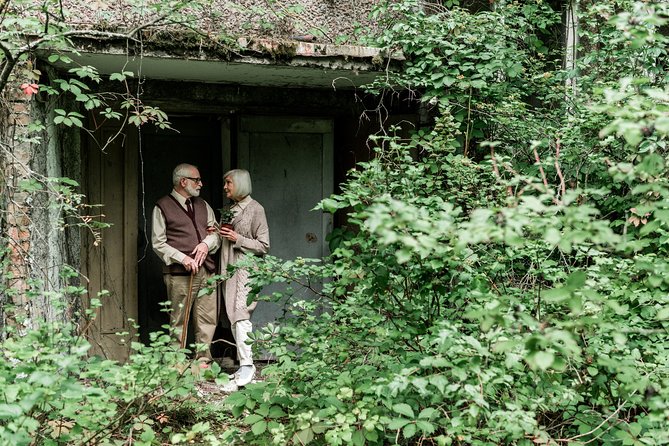 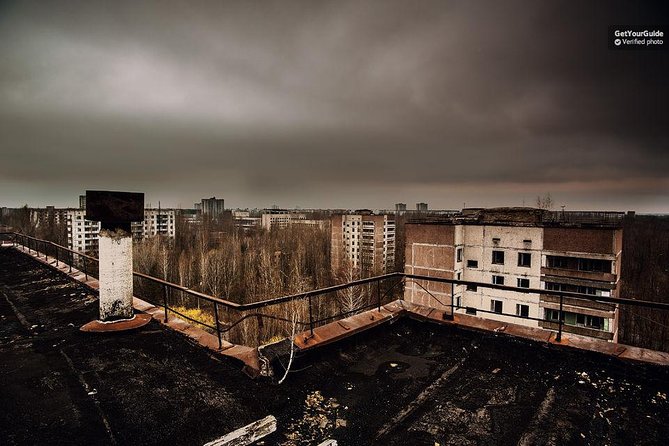 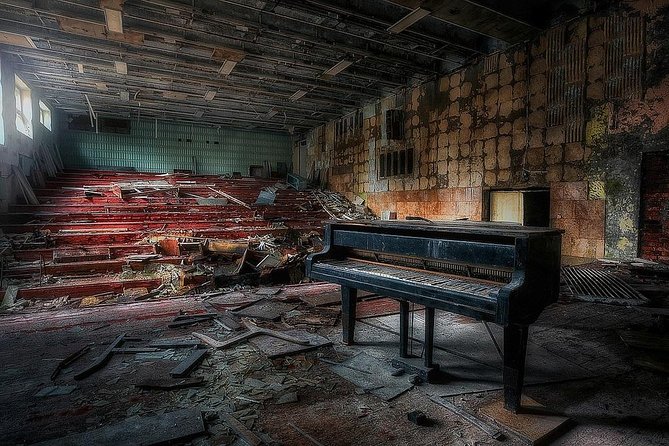 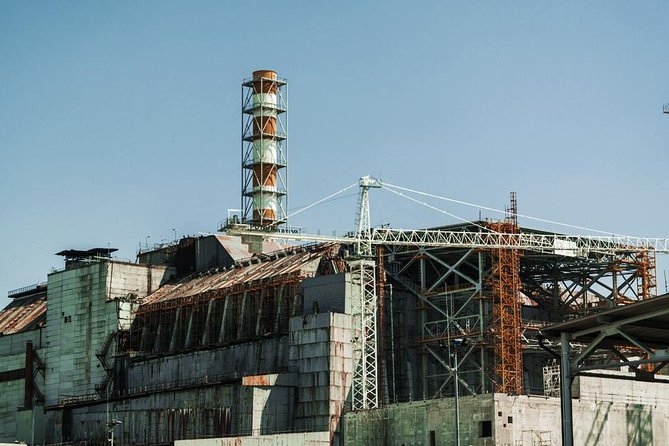 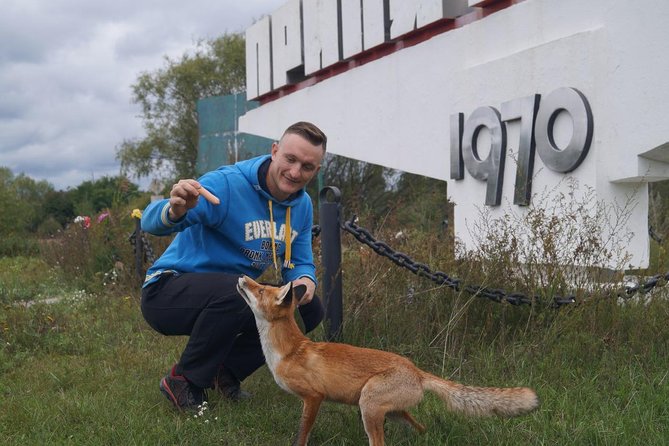 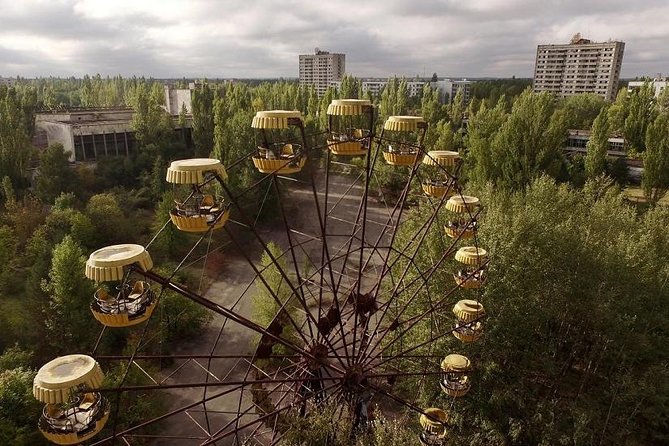 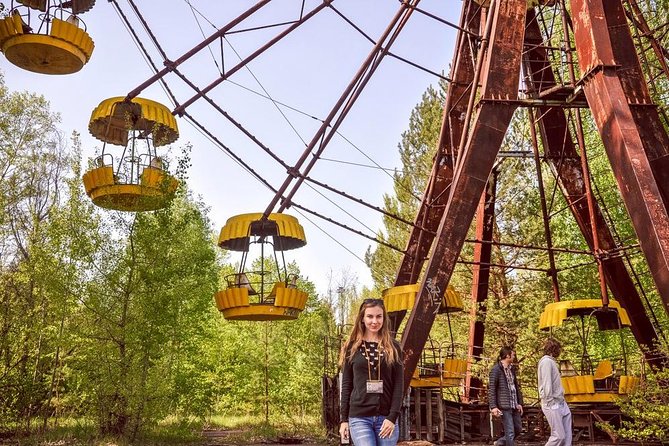 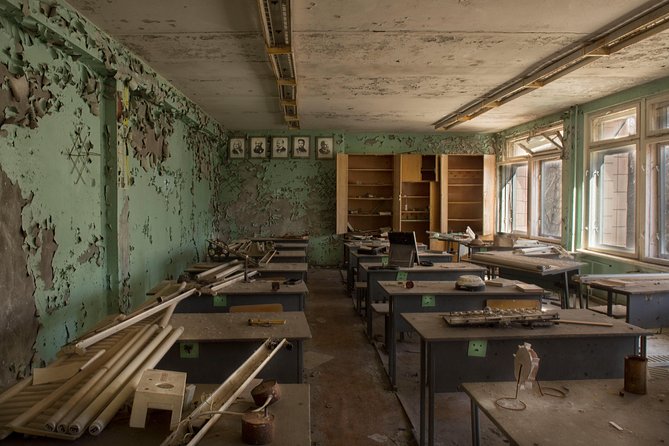 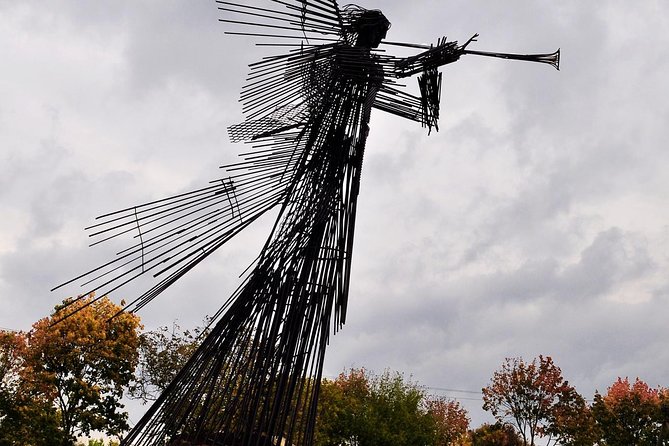 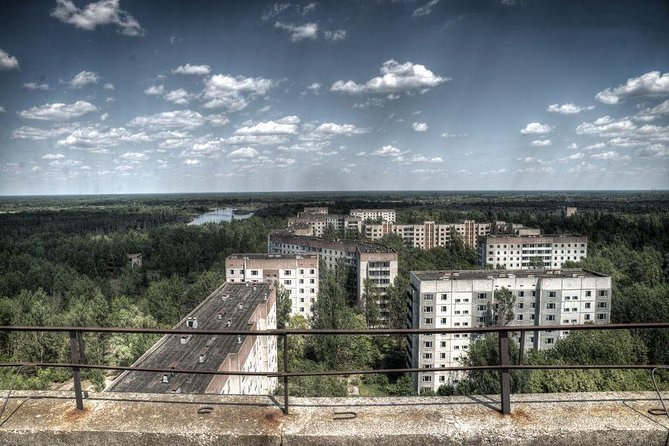 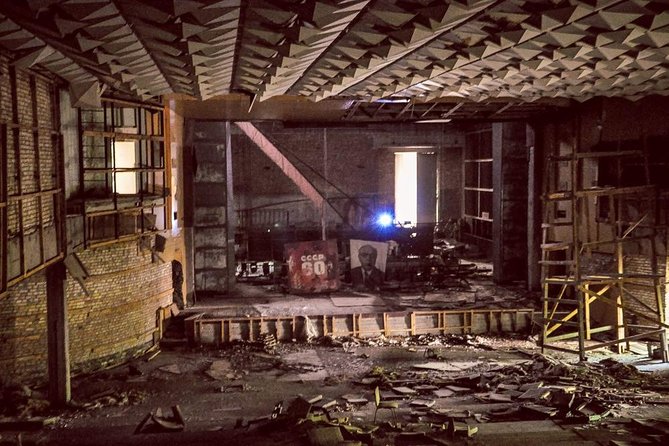 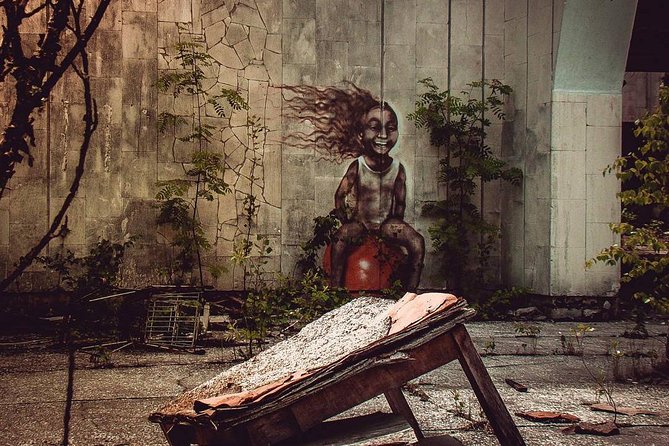 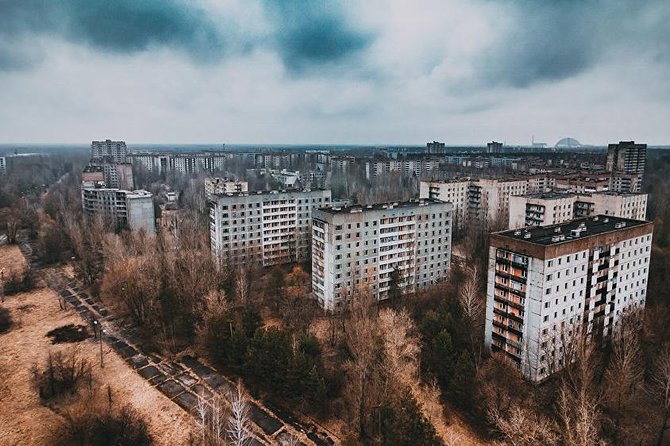 Two-day scheduled tour of Chernobyl and Pripyat from Kiev

Depart Kiev and travel to the city of Chernobyl, famous as the site of the nuclear disaster at the Chernobyl Nuclear Power Plant in 1986. Watch a film about the tragedy before arriving at the Dityatki checkpoint, where you will go through passport control and listen to important information from your local guide before you proceed.

Enter the "30-kilometer" exclusion zone and investigate how the city, while largely abandoned, is still populated with local workers and policemen along with shops, a post office and café. See sights such as the museum, St. Elias Church, Park of Glory, river port and memorial to the liquidators who rushed to reactor number 4 in the immediate aftermath of the explosion.

Go to the “Black Pearl” of the Chernobyl exclusion zone, and walk the abandoned streets of Pripyat.

Return to Kiev, stopping at the Dityatki checkpoint to check the radiation levels on your clothes before you proceed.

First block station- checkpoint "Dityatki".
Passport check by representatives of special services.
We get acquainted with the rules of visiting the Chernobyl zone.
We are crossing the border with the Chernobyl exclusion zone and the zone of unconditional (compulsory) resettlement.

We are checking in one of the hotels of the town.
Yes, there are already 3 hotels in the town.
You will see that the brand of the ghost-town on Chernobyl is supplied hurriedly, and this is not entirely true. In Chernobyl, several thousand people work on the shifts, there is an administration, the prosecutor's office, the police, the post office, shops, a cafeteria.......
Walking around the city:
-we will visits to the museum of robots and equipment, which took part in the elimination of the consequences of the accident.
- the central square of Chernobyl. The memorial complex "Star Wormwood".
- We will visit the alley of memory of villages abandoned after the Chernobyl accident.

Checkpoint "Leviev" + the village of Kopachy: (depending on weather conditions, the location may not be included in the program, in wet weather it is better not to stop there, since there is a risk of bringing a hot particle into the bus):
We are visiting to the kindergarten, one of the surviving buildings in the village.
The village of Kopachy is 4 km away from the Chernobyl NPP, after the accident it was "strewn" with radiation. It was decided to liquidate Kopachy and buried it in underground. Now in the village you can see only small hillocks - these are the graves of houses....

The third phase of the Chernobyl NPP, 5 and 6 unfinished units:

The construction of the third phase of the Chernobyl nuclear power plant was prevented by the explosion of the fourth power unit. At the same time, Unit 5 had 80% readiness; only a foundation pit was dug for Unit 6.

Unfinished Cooling Towers (inside and outside):
The huge radiators, which had to be cool the reactors 5th and 6th of the power unit. We will go inside the cooling towers, the volume of this building is incredibly huge, it is impossible to believe that it was built by human hands. You will see the famous graffiti of the famous Italian artist Guido van Helten ...

The abandoned experimental base of radiobiology:
The base is located on the bank of the cooler pond, not far from the cooling towers. Previously in the laboratories conducted research on the effects of ionizing radiation on biological objects. After the accident, all reaserch stopped, all equipment and drugs remained in the laboratory. The base is ready to share with you its conclusions...

Artificial Pond NPP Cooler:
A unique, artificially functioning hydraulic engineering structure. The size of the reservoir in some places depth of more than 10 meters can "wake up" the Chernobyl tragedy. You will find out what danger the Pond Cooler carries in its depths.

Imagine how difficult it is to leave your home, the place where you were born, grew up, where your whole life went. Some people could not do it. Despite to the decree of the government of the USSR about compulsory and unconditional resettlement, despite the large contamination of the territory with radiation, people did not leave their homes, or returned to their homeland after a while. These people are self-travelers. They are always ready to share their destiny, their suffering and grief.

Interview with the staff of the Institute of Nuclear Safety of the National Academy of Sciences of Ukraine in the city of Chernobyl:
You will hear the freshest and the most accurate facts of the disaster. You will know what the Zone really breathes today.

As you already know, the population of Chernobyl-2 was about 1000 people, in the city there was only one street - Kurchatov.We will walk around the city, look into the soldiers' barracks, visit the administrative building, in which the signals of the antenna accumulated, the signals on which the security of a huge state depended ...

The program of the excursion can be changed depending on the length of a daytime, weather conditions and directions of Chernobyl administration.

Chernobyl nuclear power plant named after Lenin, ChNPP:
- We will bypass road along the cooling pond.
- We will see observation site of the shelter object "Arch".
- We are visiting to the park and memorial at the administrative building of the NPP.
- feeding fish (depending on weather conditions, relevant from April to September)
- inactivated Red Forest in place of the western radioactive trail.

Chernobyl-2: a secret object of the USSR - ZGRLS "Duga".
The over-the-horizon radar was designed for early detection of intercontinental ballistic missile launches. Acquaintance with the object.

Informacion Adicional
"Confirmation will be received at time of booking"
"A current valid passport is required on the day of travel"
"Not wheelchair accessible"
"- What we recommend taking with you According to the Zone regulations, you are to wear: - a jacket or a shirt with long sleeves; - trousers (NO shorts, NO knee-breeches, NO skirts, NO leggings); - boots or sneakers, which fully cover your feet WITHOUT FANCY OPENINGS please.- do take bottled water and a snack as lunch is sometimes served very late in the day. You are to have your passport on you! WITHOUT PASSPORT NO ONE IS LET INTO THE ZONE! Persons under alcoholic/drug intoxication are not allowed to take a trip to the Zone"
"Most travelers can participate"
"The program of the excursion can be changed depending on the length of a daytime, weather conditions and directions of Chernobyl administration."
"This tour/activity will have a maximum of 15 travelers"
"Face masks required for travelers in public areas"
"Face masks required for guides in public areas"
"Hand sanitizer available to travelers and staff"
"Social distancing enforced throughout experience"
"Regularly sanitized high-traffic areas"
"Gear/equipment sanitized between use"
"Transportation vehicles regularly sanitized"
"Guides required to regularly wash hands"
"Regular temperature checks for staff"
"Temperature checks for travelers upon arrival"
"Paid stay-at-home policy for staff with symptoms"