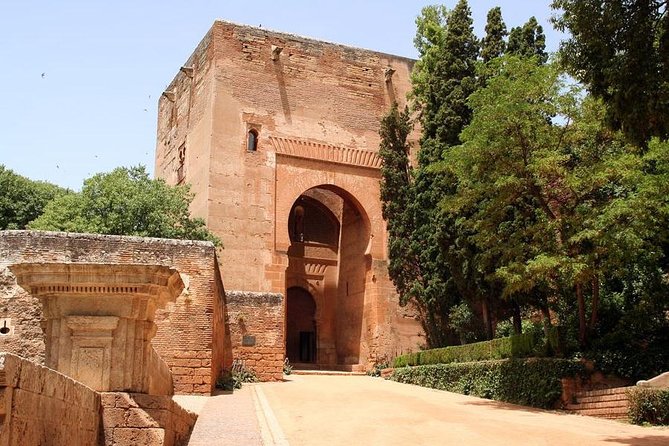 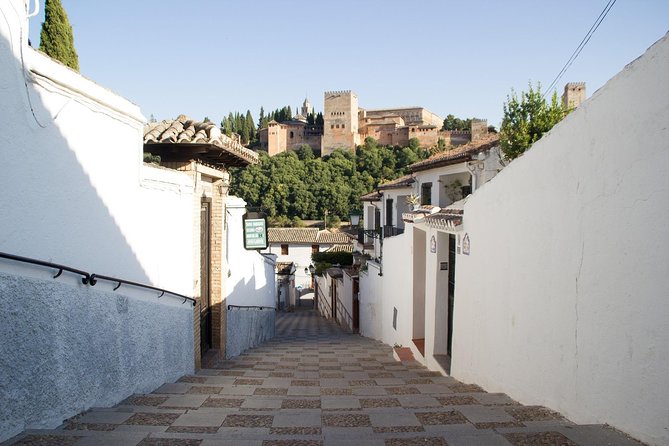 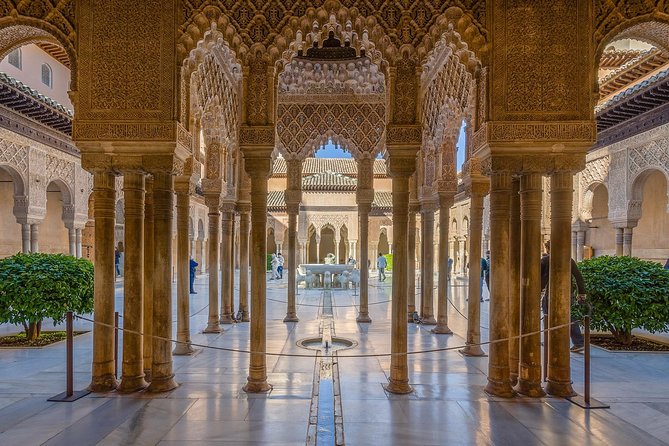 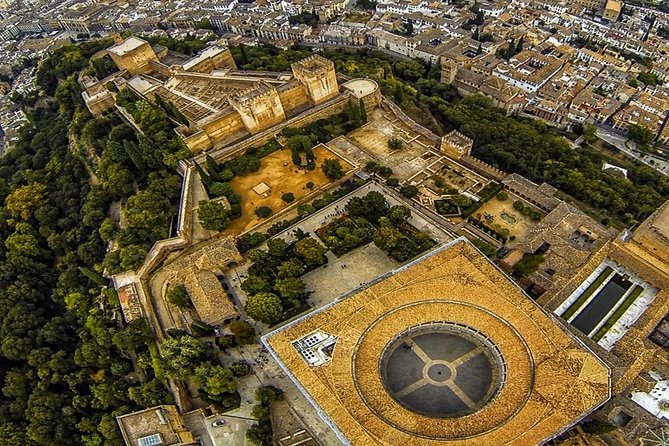 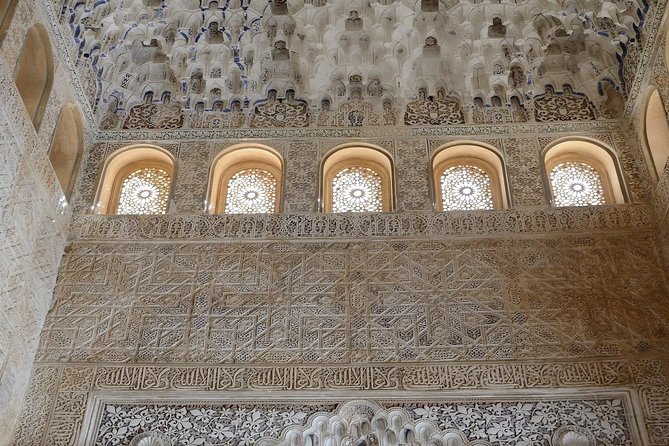 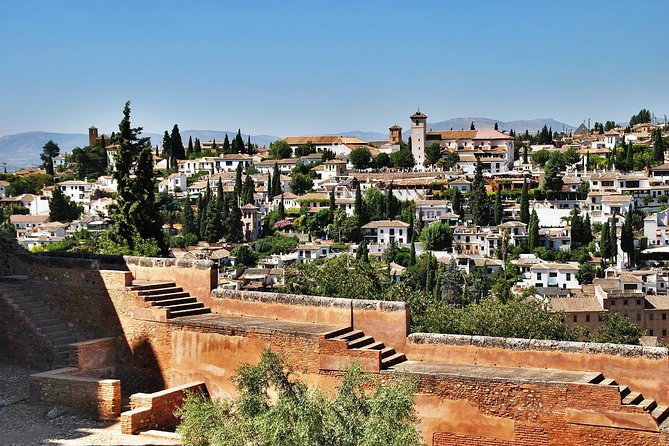 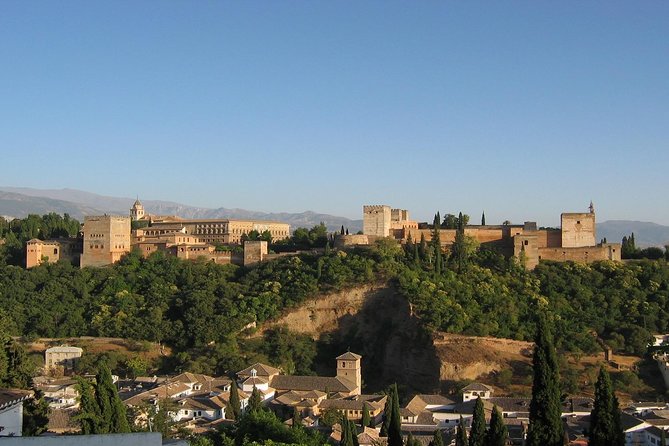 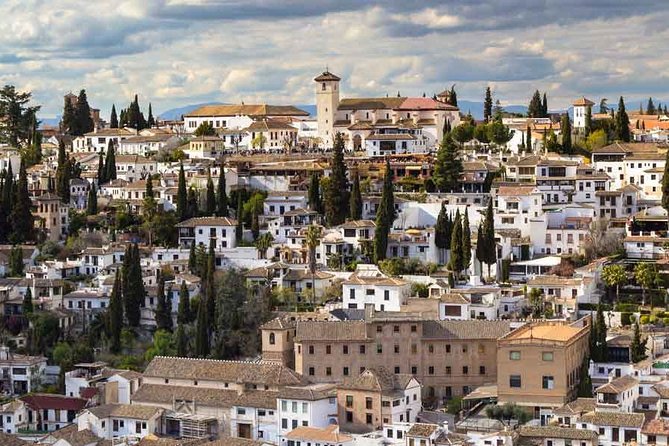 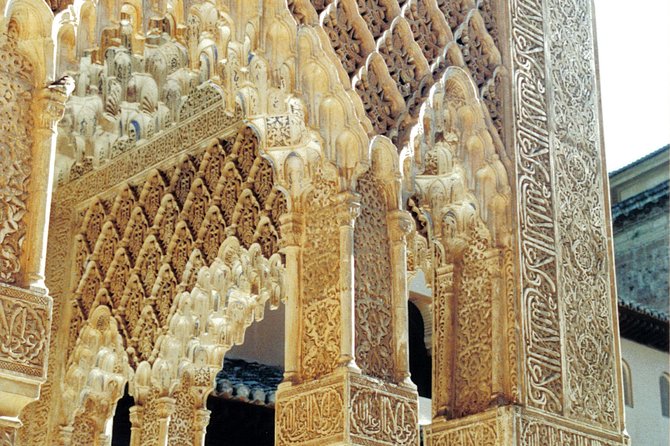 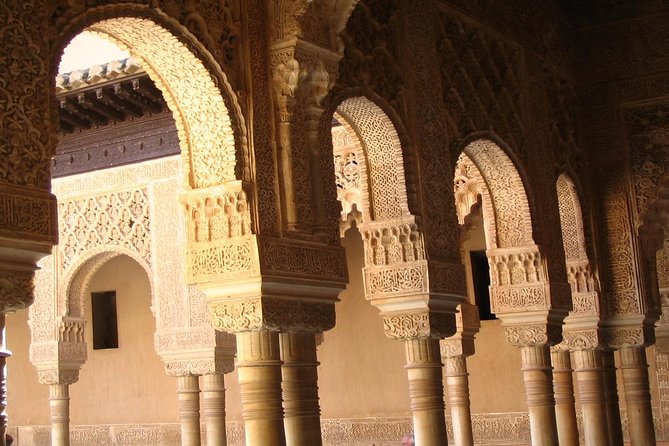 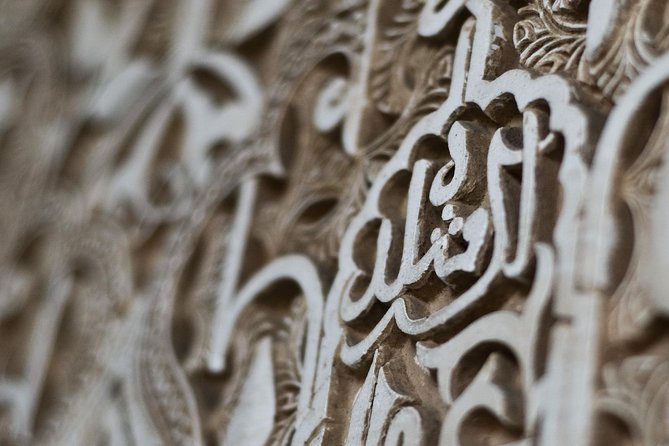 Granada is a castle and a fortress, a royal palace and a town, amazing gardens and a summer residence, the Alhambra is all of that and much more.

It was built between the XIII and the XIV centuries and was the crown jewel of the Emirate of Granada, whose territories stretched from Córdoba, Sevilla, Jaén, Murcia and Cádiz, up to Almería, Málaga and Granada.

Certainly, the Alhambra and the Generalife are the main symbols of the splendour and power reached by the Nasrid dynasty. Finally, after 10 years of war it was taken by the Reyes Católicos in 1492 when they set in the palace the 2nd of January.

The Alhambra of Granada is the most popular monument in Spain, about 2,7 million people visit the Alhambra every year. It became Unesco World Heritage Site in 1984.

Pass By: Albayzin, On the Hillside Opposite the Alhambra, 08010 Granada Spain

The Albayzin is considered to be one of the most charming corners of the city and the most historic quarter in Granada. You will have free time, after visiting Alhambra, to walk through the buildings that marked the history of the city or remains of what was once its essence.

You will have also free time then to visit the Sacromonte district, a place known worldwide for its caves, the essence of gypsy life in the area and the Zambra of Granada, flamenco in its purest form. The viewpoints, which are projected as balconies towards the Alhambra, will delight the visitor.

Informacion Adicional
"Confirmation will be received at time of booking"
"A current valid passport is required on the day of travel"
"Not wheelchair accessible"
"Near public transportation"
"IMPORTANT: IT IS MANDATORY TO SEND, TOGETHER WITH THE RESERVATION, COPY OF PASSPORT OR IDENTITY CARD OF EVERY PARTICIPANT AS REQUIRED BY DIRECTION OF ALHAMBRA. WE MUST RECEIVE THESE DOCUMENTS NOT LATER THAN 72 HOURS BEFORE DAY OF SCHEDULED VISIT. IF WE DON'T RECEIVE THE REQUIRED DOCUMENTS WITHIN THESE TERMS, WE WILL BE OBLIGED TO CANCEL THE RESERVATION"
"STARTING HOUR MAY CHANGE DEPENDING ON SCHEDULED ENTRY TIME TO ALHAMBRA"
"Most travelers can participate"
"This tour is not suitable for people with deambulating problems or reduced mobility"
"This is a private tour/activity. Only your group will participate"