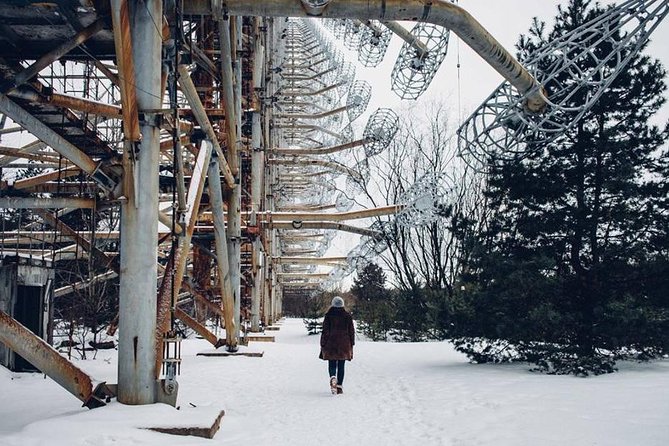 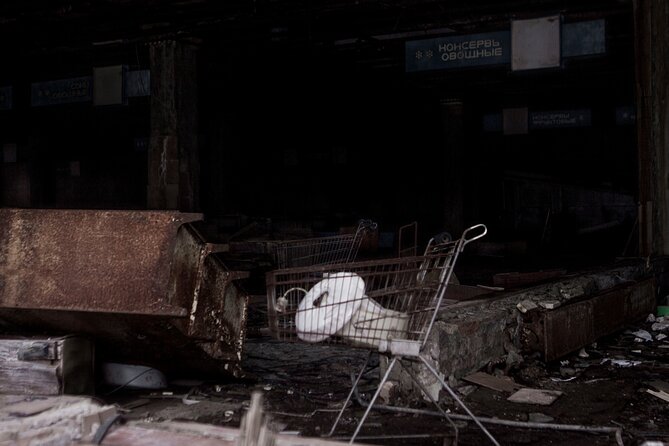 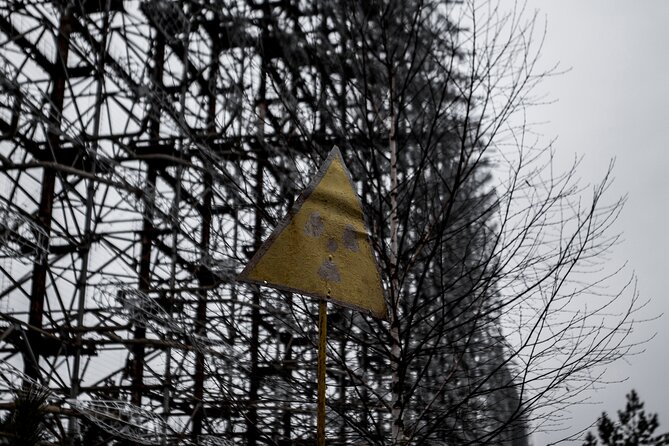 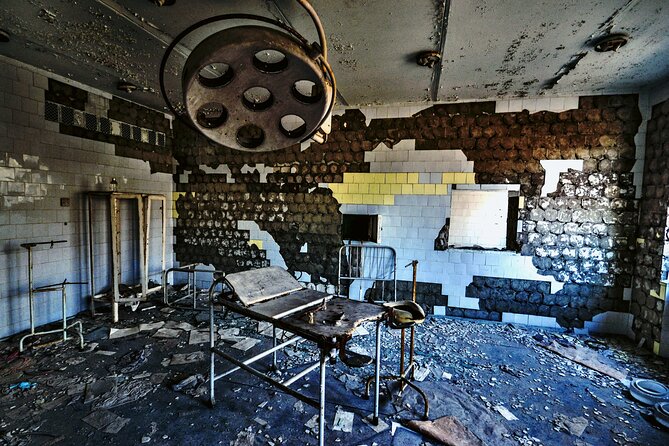 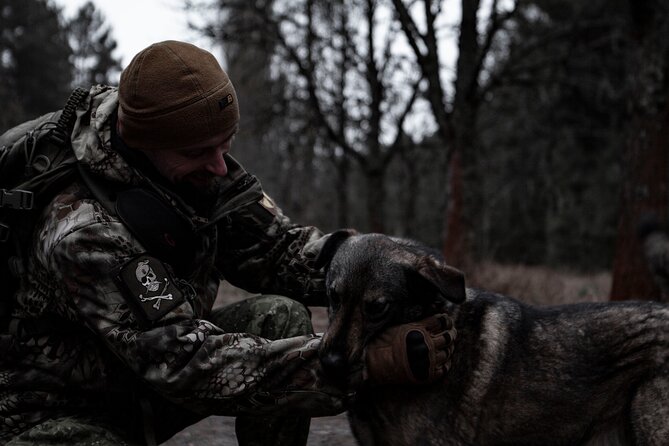 List of the locations that you can visit additionally in the one private tour
- Military camp of the 25th group.
- Bypass road that was built during the first month after the accident.
- The third queue of CNPP, the 5th and the 6th power units and cooling towers.
After the 5th and the 6th power units it was planned to build 3 more power units on the other side of the river Pripyat, if that happened Chernobyl NPP would have become the biggest in the world.
- Abandoned experimental base of animals radiobiology.
- Village Prishev, village Opachichi, village Kupatove (meeting with the self settlers)
- Former camp «Kaskowiy»
- Holy Illichivsk Church, Chernobyl

Dytyatky 30-km Zone Checkpoint
- passport control
- safety rules briefing
- entering the Zone, driving to Chernobyl. Along the way we will be driving through the abandoned villages of Cherevach and Zalissy, and passing by the Uzh river

Your will see that Chernobyl is virtually a usual Ukrainian small town, where the employees of the power plant and other Exclusion Zone state companies are based. Indeed, being here for the first time it’s hard to imagine that this town has something to do with the catastrophe of 1986.
- photo-stop at the Chernobyl sign
- a bus tour
- visiting the exposition of the robots and equipment which were in use to mitigate the catastrophe consequences
- To Those Who Saved the World monument

Kopachi village
Visiting the kindergarten which is the only remaining building in the whole village. The rest of the facilities were buried in the ground. Kopachi village is located 4 km from the power plant. (depending on weather conditions, the location may not be included in the program, in wet weather it is better not to stop there, as there is a risk of putting a hot particle on the bus)

Chernobyl Nuclear Power Plant industrial site
- photo-stop at the cooling pond фото остановка возле пруда охладителя
on the right one can see the unfinished reactors 5 and 6
as well as the huge cooling towers
on the left there are nuclear units 1, 2 and 3
and the New Safe Confinement, the so called “Arch”
- visiting the memorial next to the administrative building of the CHNPP
- feeding fish (depending on weather conditions, relevant from April to September)
- SHELTER-2 “Arch” from the observation point
You will see the New Safe Confinement at the distance of some 300 meters!

The abandoned town of Pripyat
- the Red Forest (location is not available until 01/01/2020)
- the Pripyat sign on entering the town (location is not available until 01/01/2020)
- the Death Bridge
- stop on the central square of the town, a walking tour
- Energetic Palace of Culture, Polissya Hotel (observation point)
- department store
- amusement park
- the Ferris Wheel (its inauguration day was planned for May 1st, 1986, but …)
- town hall which became the first headquarters of the governmental commission mitigating the consequences of the accident
- Prometheus Cinema
- river port, sinking pier
- kindergarten and school
- Pripyat swimming pool (officially it is forbidden to enter buildings!)
You will take tons of photos, get absolutely unforgettable impressions and feel really exceptional emotions!

Chernobyl-2 Secret Object. DUGA-1 over-the-horizon radar station
DUGA-1 object is one of the most well-known objects of the former USSR. Its exact name is in fact «5H32». The radar was supposed to detect air targets, like launched intercontinental ballistic missiles. The signal emitted by the radar reminded of a woodpecker hammering. For this reason, the object has been nicknamed “the Russian Woodpecker”.

Informacion Adicional
"Confirmation will be received at time of booking"
"Not wheelchair accessible"
"For registration you need to send passport data:"
"FULL NAME (EXACTLY AS IN THE PASSPORT)"
"Citizenship"
"Date of Birth"
"Passport ID"
"ATTENTION! It is very important to indicate the passport data EXACTLY, as in the passport!"
"It depends on this whether you can pass passport control at the checkpoint "Dityatki" and visit the Chernobyl zone of compulsory alienation."
"Minimum age is 18 years"
"For all tour participants"
"Most travelers can participate"
"This is a private tour/activity. Only your group will participate"

Hora de Inicio: 8:00 AM
Duración: 7 To 11 Hours
Lugar de comienzo: Traveler pickup is offered
Departure Point: We can pick you up from any hotel or any place within Kiev
Address: (When booking or after it, please indicate the address from where you will be picked up on the day of the tour.)
Directions: 2-3 days before the tour date you will be provided with detailed information about your transport.

Our guide and manager will be waiting for you at the place you specified.
Dates: See Availability
Return point: (After the tour we will drop you off at any place convenient for you within the city of Kiev.)