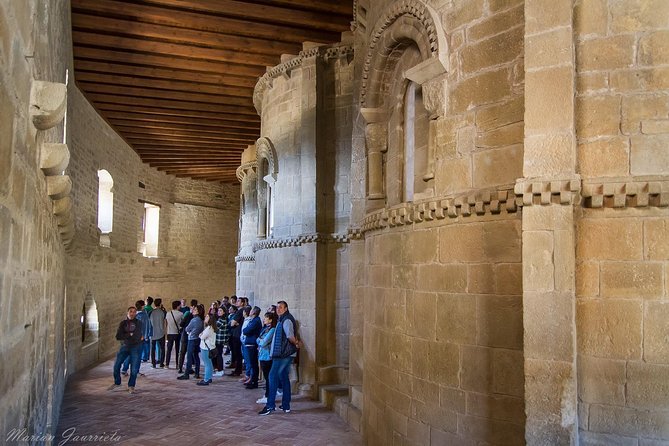 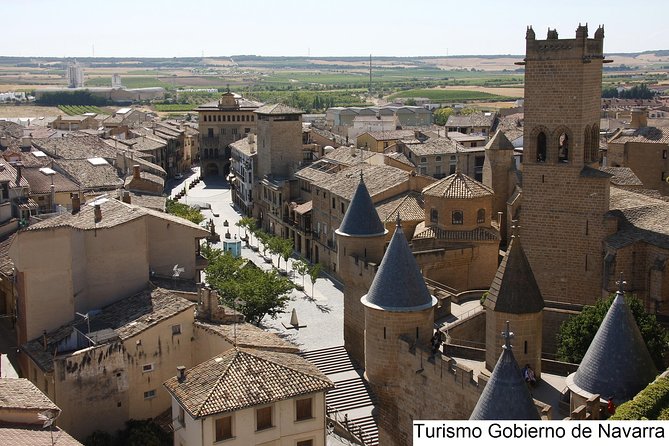 "Meet the Royal Palace of Olite, palace of the King of Navarre and surround yourself with the history of this region. Being a Royal Headquarters during the Middle Ages, the thick walls and crenellated towers of the palace housed kings and princesses. Declared a national monument in 1925, it is the most important example of the civil gothic of Navarre and one of the most notable in Europe.

A tour of the narrow rustic village of Olite will allow you to walk in the shelter of noble stone mansions with ancient coats of arms, medieval galleries and splendid churches, in addition to discovering the Roman walled area. Lost on top of a plateau, without rivers that cool it or trees that shelter it, in apparent loneliness stands Ujué, a beautiful medieval town of narrow streets that run steep slopes to conclude.
On your way, let yourself be carried along the labyrinthine route of this small town of only 300 inhabitants and slowly walk its cobbled streets.

The Palace of the Kings of Navarre of Olite or Royal Palace of Olite is a castle-palace in the town of Olite, in Navarre, Spain. It was one of the seats of the Court of the Kingdom of Navarre, since the reign of Charles III "the Noble" until its conquest by Castile (1512).

Ujué (Uxue in Basque) is a town and municipality located in the province and autonomous community of Navarre, northern Spain.

According to legend, the town was founded when a shepherd saw a dove entering a hole in the rocks; peering inside he found an image of the Virgin Mary. The name of the town comes from Uxua (dialectal Uxue), the Basque language word for "dove".