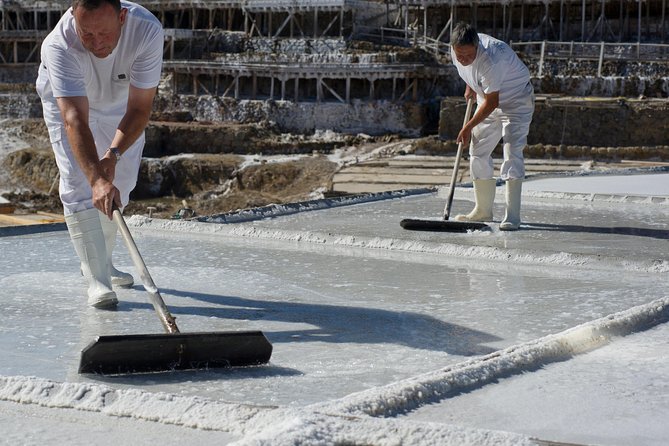 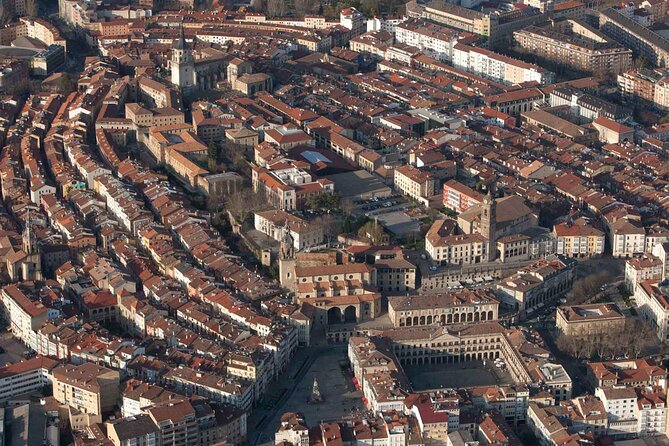 We pick you up at your hotel and head first to Añana Salt Valley, where we will learn everything about the traditional way of producing the 'white gold' from local experts (visit lasts around 1.5 hours). Later we will go to Vitoria-Gasteiz, the capital of the Basque autonomic region. After lunch there, we will go sightseeing, admiring the medieval old town on top of a hill among other spots (total visit time around 2 hours). At around 17:00pm we will head back to San Sebastian and drop you off at your hotel

One of the most important cultural, architectural, environmental, vlandscape and archaeological sites in the world.

From our current perspective, it is almost impossible to understand how salt, such an abundant and low-cost product, could be so important historically. We must bear in mind that salt was and is essential in many industrial processes as well as in human food and animal feed; more so when industrial cooling systems had not been developed, as it was one of the most effective methods of preserving food.

Salt has been the cause of many wars and enforced peace processes, of death and success, of wealth and poverty, of the creation and destruction of towns and cities and, of course, of greed but also a cause for joy among human beings.

Valle Salado is one of the best examples worldwide of the history of salt, known since antiquity as "white gold". The natural emergence of the salt springs caused the establishment of a settlement in the surrounding area that has developed uninterruptedly for thousands of years and that, based on the production of salt, has learned to adapt to the conditions and specificities of each historical period.

Vitoria-Gasteiz is located in Spain’s Basque Country, and although it may not be as well known as Bilbao or San Sebastian, it’s definitely worth a visit. From its own modern art museum to its magnificent cathedral

The archaeological excavations which were carried out underneath the Old Cathedral in 2001 discovered the remains of an ancient city wall, which dates back to the latter half of the 11th century and a section of which can still be seen, along with one of its towers.