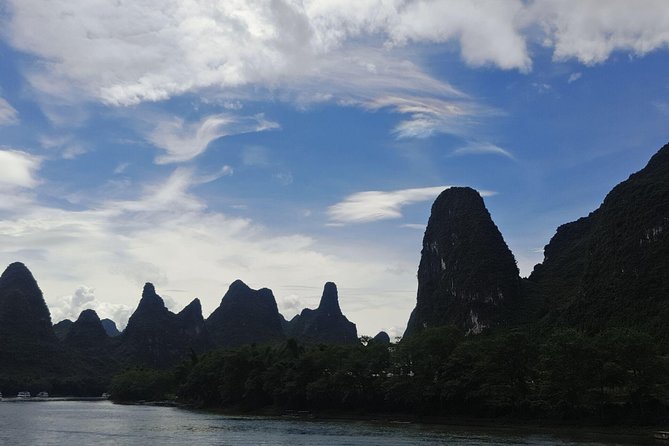 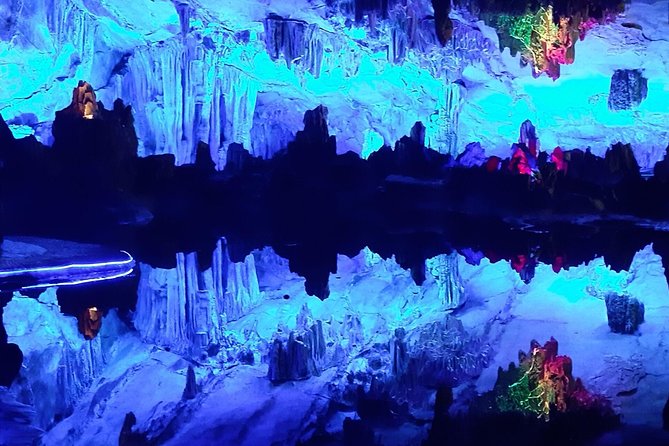 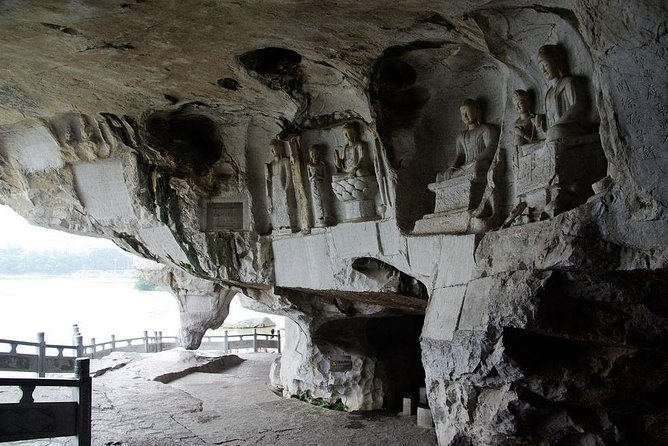 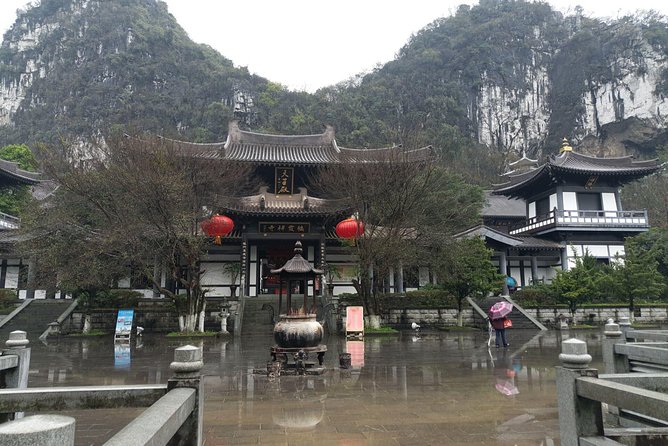 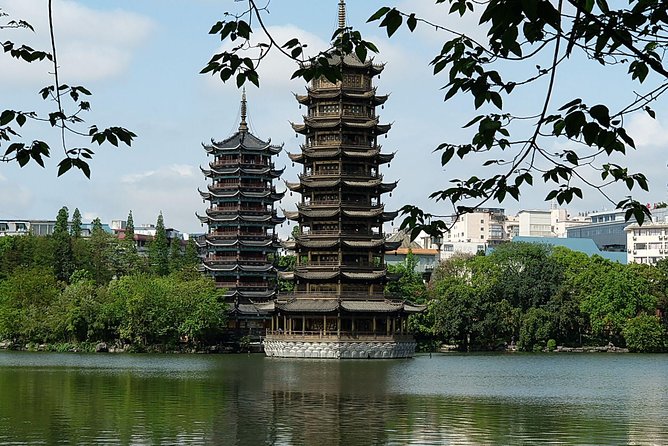 Explore the karst landscape of Guilin on a private 7-hour tour, and visit Reed Flute Cave, also known as the “Palace of Natural Arts,” to see the colored lights of the natural cave. Get panoramic views of the River Li from Elephant Trunk Hill, and Seven star park.

2. Go to Elephant Trunk Hill to see the symbol of Guilin

After breakfast at your hotel, Our driver and tour guide will meet you at your hotel lobby at 09:00am then transfer to Fubo hill which is Partially submerged in the river, it was named for General Fubo of the Tang Dynasty, and was the site of his Mayuan Temple. Because of its height, the hill is said to tame the waves and stop surging waters, which then form whirlpools.

Climb almost 350 steps for a bird's eye view of Guilin. The steps beside the Sword Testing Stone wind their way to the 1,000 Buddha Cave, site of more than 200 Tang Dynasty Buddha statues.

Afterwards, take the private car to Elephant Trunk Hill on the confluence of the Li River and Peach River. This symbol of Guilin takes its name from its resemblance to an elephant drinking water from the river. The popular site dates back more than 3.6 million years, and towers more than 180 feet (55 meters) above the green waters of the river.

After the lunch, we will Transfer to Seven Star Park which is takes its name from its seven peaks which are laid out like the Big Dipper constellation (with its handle bent forward). The park is on the eastern side of the Li River in central Guilin City.

A lot of things to do mixed in: It has a small zoo, a small amusement park, seven hills, and Camel Hill that is a place to take photographs with living camels. There are some elusive monkeys and cultural displays as well as a small cave.

The main attactions in the park include: Seven Star Cave, Dragon Hiding Cave, Flower Bridge, the Zoo, Maping Mosque, Guihai Forest of Steles, and much more. Covering an area of 1.34 square kilometers, it is the largest park in Guilin, and it contains some of the finest sights in the city.

Informacion Adicional
"Confirmation will be received at time of booking"
"Not wheelchair accessible"
"Children must be accompanied by an adult"
"Infant seats available"
"Not recommended for travelers with back problems"
"Not recommended for pregnant travelers"
"No heart problems or other serious medical conditions"
"Travelers should have a moderate physical fitness level"
"This is a private tour/activity. Only your group will participate"

Hora de Inicio: 9:00 AM
Duración: 7 Hours
Lugar de comienzo: Traveler pickup is offered
We pick up from any hotel in Guilin or Yangshuo