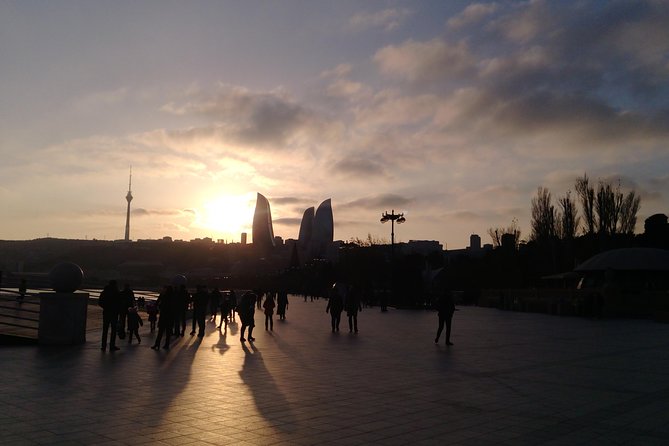 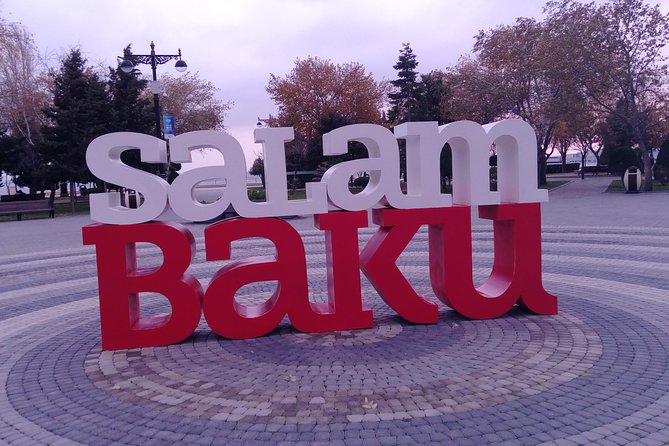 Second day
• Gobustan - A place that is giving information about the lifestyle of prehistoric people, STONE AGE historical cultural preserve protected as UNESCO WORLD HERITAGE
• Mud volcanos - amazing example of the natural monuments of Azerbaijan which are unique example for the world. The roads to volcanos are not proper so we are using special Soviet style cars to reach there. It locates around 20 km away from Gobustan setttlement
• Lunch - Azerbaijan locates at the coast of the Caspian sea, so lets try some nice sea food - FISH KEBAB
• Bibiheybet mosque - originally 13th century mosque which was destroyed during Soviet time and rebuilt in our independence years and NICE VIEW OF CASPIAN OIL SHIPYARD
• Atesgah - 16th century Fire Temple of ZOROASTRIANS who lived in Azerbaijan for around 300 years
• Yanardag - One of the oldest places in the world which is burning. It is natural monument for Azerbaijan
• Dinner - Lets have a dinner and enjoy the traditional live music
• 360 bar - it is included to our package but still can be optional for religious or other reasons, but from the bar which locates in HILTON hotel there is AMAZING VIEW OF BAKU

Third Day
• Heydar Aliyev Cultural Center - one of the main modern buildings of our capital city which was built by ZAHA HADID
• Qala historical village - preserve - a museum complex created in the village ühere lived an ancient tribe Qala
• Bazaar - Shopping but not like going to malls, it is a special bazaars where the locals buy their fruit, vegetable, meat, spices and etc
• Lunch
• Religious buildings - The biggest mosque in Caucasus (Heydar mosque), The churches for Catholic, Provaslav and Protestant communities for our country and Jewish Synagogue
• Dinner - IT IS THE MOST SPECIAL RESTAURANT EVER FOR OUR RESTAURANT. LETS KEEP IT AS SUPRISE.